Five Things to Know About Pac-Man 99 for Nintendo Switch 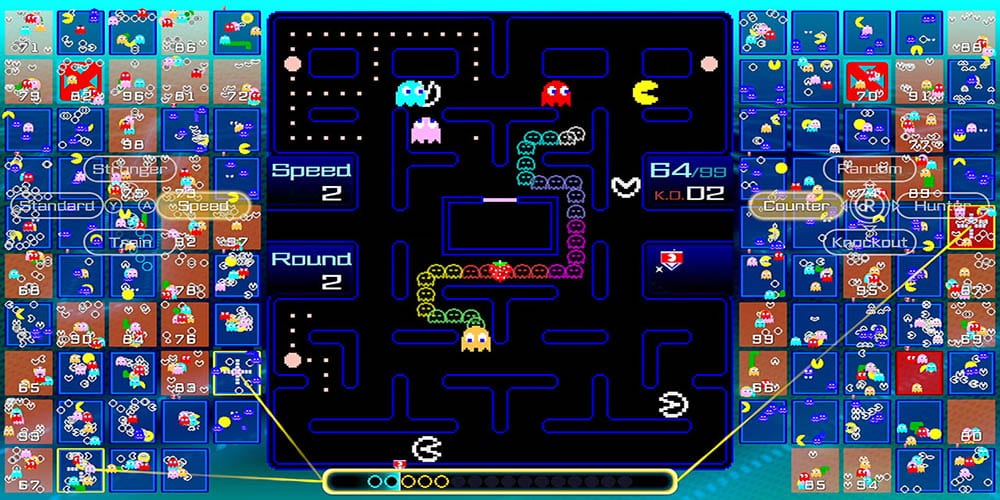 Nintendo giveth and Nintendo taketh away. If you’re disappointed that Mario 35 is no longer available, then you’re not alone. A battle royale twist on the classic game felt natural and exciting. It’s a great way Nintendo can remix their older games for a new audience. Well, another classic game is getting the battle royale treatment now as well. Pac-Man 99 for Nintendo Switch might be your next obsession in the waiting. Here are five things you should know about the game. 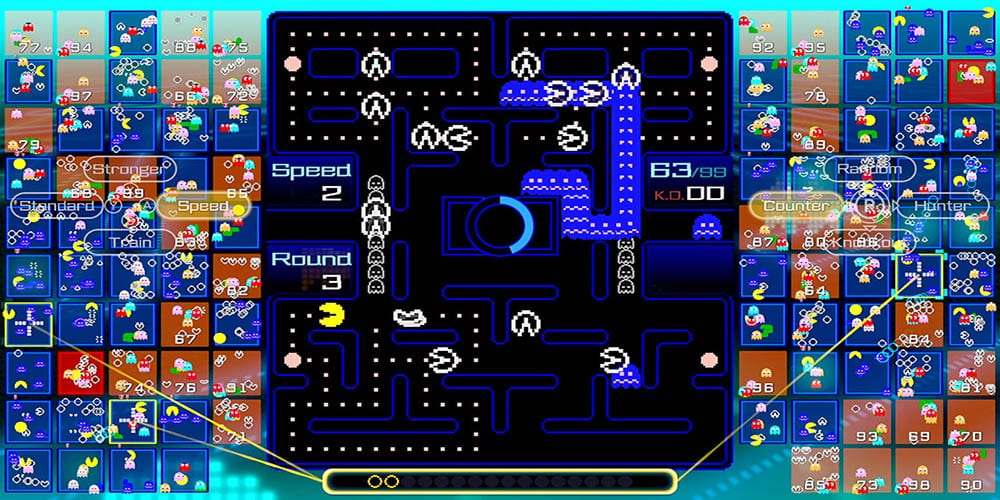 The new Nintendo Switch game might sound familiar in-name. Much like Tetris 99 or Mario 35 from the Super Mario Bros. Anniversary Direct, this game is a remix of a classic. Take on 98 other players in a round of Pac-Man with some insane twists. The game seemingly came from nowhere; I randomly scrolled past it on Twitter thinking, “that would be a fun idea.” Little did I know the tweet wasn’t a fan-designed idea but an actual Nintendo game!

Pac-Man is obviously not a Nintendo product, but a Bandai Namco property. That said, many fell in love with Pac-Man on the Nintendo Entertainment System upon its release in 1984. It’s fun to see the game get a new look and twist in 2021. If you’re thinking about trying it out, then here are five things to know going into the game. 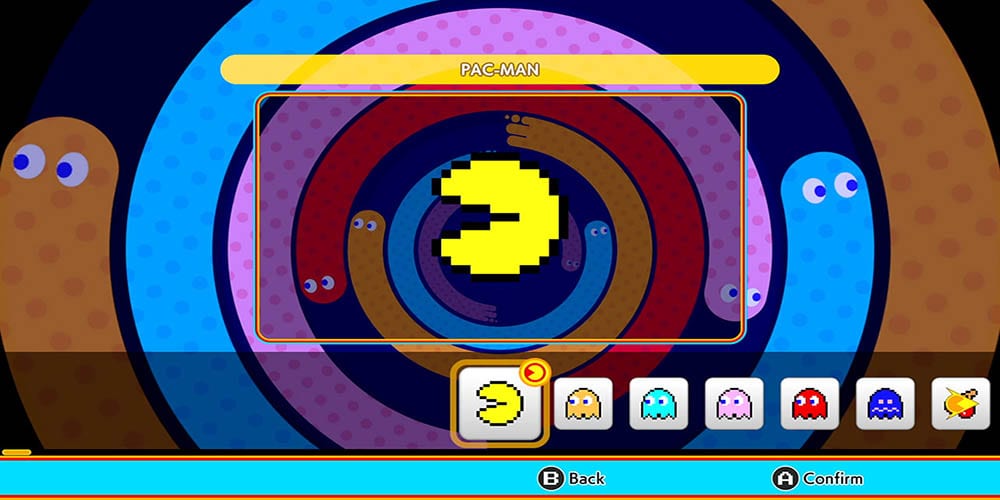 First and foremost, Pac-Man 99 for Nintendo Switch is free if you have Nintendo Switch Online. That’s great news for players who want to check out this new experience. It appears that this game will be here to stay on the eShop unlike releases like Mario 35 and the original Fire Emblem Anniversary port.

Another fun bonus: you can purchase themes for your screen while playing from other classic games. Titles like Galaga, Xevious, and Dig Dug will help theme your screen if you make the downloadable purchase. Each theme will run for $1.99. Inversely, you can grab them all with extra game modes and features like password match for $29.99.

What sort of powerups are we going to see throw a wrench in the traditional Pac-Man experience? Well, each time you eat a ghost, you’ll send a Jammer to an opponent. These blockades will send a slew of difficulties to other players. Eight different preset strategies will make strategizing your approach pretty interesting. You can speed other players up, send additional Jammers to their screen, and even add additional ghosts.

The added battle modes include CPU Battle where you take on, well, the CPU. Score Attack will pinpoint the original goal of Pac-Man, raking up a high score, once again. Blind Time Attack is a bit less clear in its motive, but we’ll learn what that is when the game releases. That brings us to our final thing to know: when can you actually play this game?