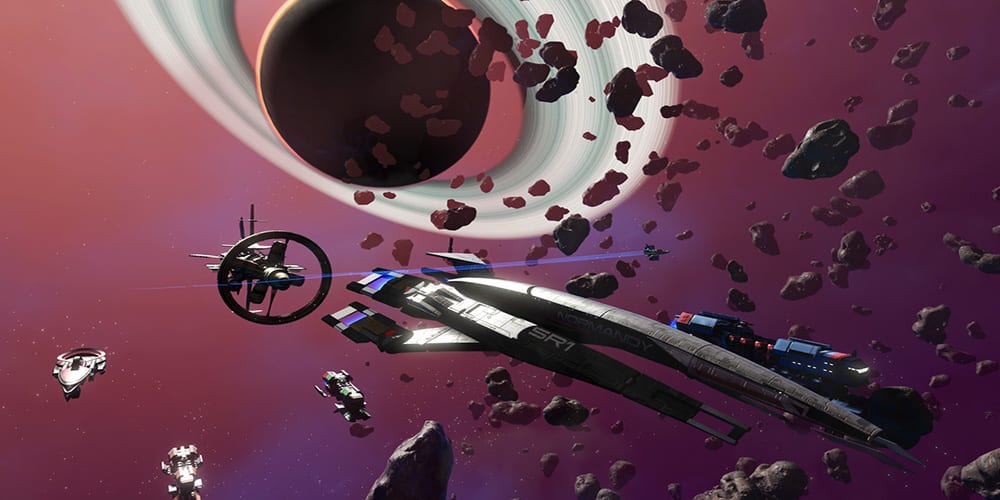 No Man’s Sky is the latest game to redeem itself after a rough start. Of all the games worth a second chance after terrible debuts, I’m strongly behind RPG and survival fans giving the game another go. While Hello Games didn’t quite match its promises at launch, the game is a ton of fun now. New additions built the game’s second life up in a really great way. There’s so much to do on top of the original experience. The best addition lately is the Expeditions feature. These timed events give you a new set of goals to tackle that highlight really cool environments and subplots to the main game. The latest addition to No Man’s Sky and its Expeditions assignments features a Mass Effect content and a guest appearance of the Normandy. Here’s what you can do with the famous ship from BioWare’s sci-fi trilogy. 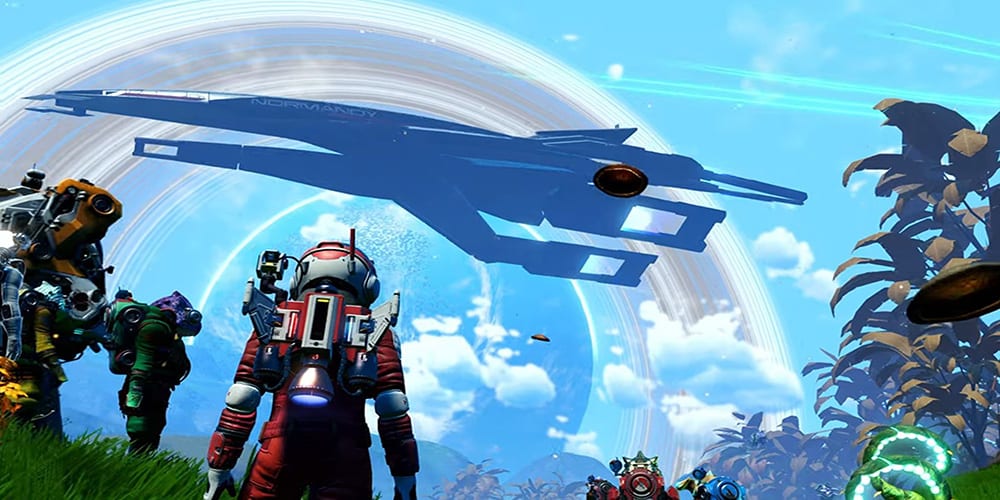 My mind is stuck in other galaxies lately. Between working on the Mass Effect Legendary Edition review for Xbox and keeping up with The Bad Batch, all my media lately seems to involve space. While I haven’t played a ton of No Man’s Sky in the past couple of weeks, I’m definitely booting it up this weekend. The Normandy Trailer revealing the No Man’s Sky and Mass Effect content is enough to get me back into the game, at least for a short while. In the new timed event, the Beachhead Expedition, a good bit of content leads to a familiar ship.

If you’re wanting to keep the experience a surprise, then go ahead and skip the next paragraph. That said, here’s what you can actually do with the Normandy in the latest event. When you start the expedition, you’ll eventually recieve the mission “Anomalous Research.” As you track these strange signals coming from space, you’ll eventually run into the Normandy. While you can’t pilot the ship, you will be able to add the famous vehicle to your fleet. It’s an S-class freighter too, so even if you’re not a huge Mass Effect fan, it’s worth picking up.

Overall, this collaboration is a fun little addition to the game. It’s not all that long of a mission, but still, why not enjoy it? If you’re still playing No Man’s Sky, then let us know in the comments! Likewise, if bad press kept you away from the game, give it a go. I love it on Xbox and it’s a ton of fun for space-exploration fans. Be sure to check out our spoiler-free Mass Effect Legendary Edition tips for beginners guide as well!

John Steinbeck Werewolf Book: Y’all Gotta Release It
How Much Did It Cost to Add Tig Notaro to Army of the Dead? A Lot, Apparently