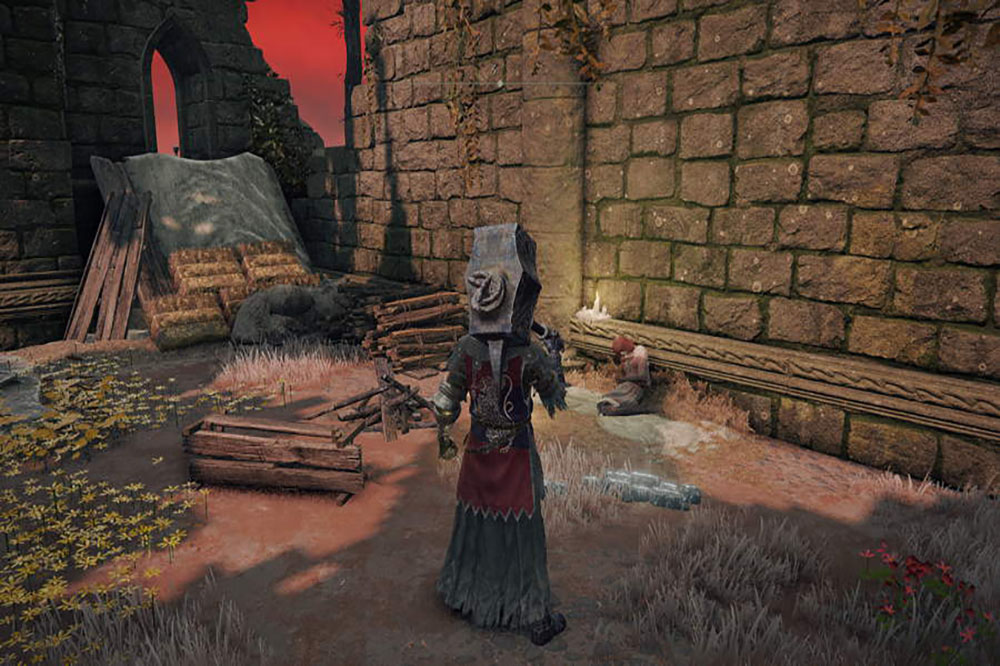 If you’re working through Elden Ring, then you’re probably coming across some interesting quests. One of my favorites so far is the experience of working through your time with the NPC Millicent. The Millicent Questline in Elden Ring isn’t the most difficult challenge but memorable to me. That’s really saying something too. Overall, the Lands Between is filled to the brim with adventure and plenty of things to do. While some of the early NPCs aren’t all that captivating, Millicent feels like a really great part of the incredible game. From her location to quest tips that might help you, here’s our guide to the Millicent Questline in Elden Ring. 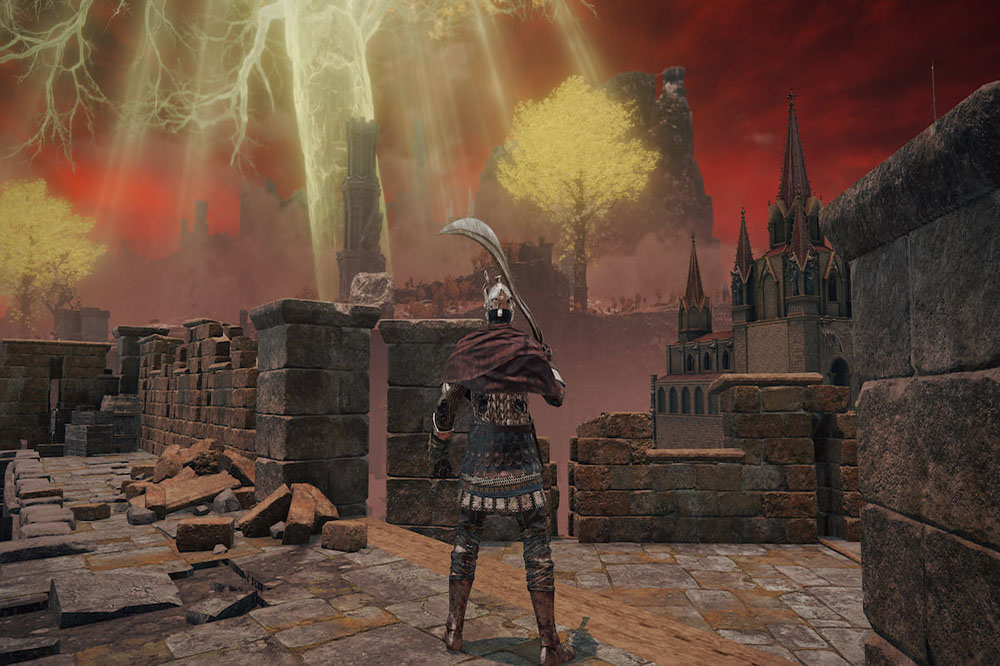 The Millicent quest in Elden Ring is only able to begin when you know where she is. Millicent is in the Church of the Plague, just northeast of Gowry’s Shack. You’ll first need to light braziers in Sellia to approach the Sellia Backstreets by heading north to discover a site of grace. Here, you’ll head up to the Church of the Plague and another site of grace. In this scenario, you’ll need to give her the Unalloyed Gold Needle, at which point she’ll head to Gowry’s Shack. The Needle you need is dropped by the mini-boss Commander O’Neal after clearing Aeonia Swamp in Caelid. Gowry needs to repair the Needle before you can give it to her.

Interestingly, Millicent is also found at the Atlus Plateau. Here is the place where I actually found her first. You can actually find her after you defeat Godskin Apostle in the Main Atlus Plateau. Overall, this NPC can move and actually be fought. You can actually get invaded by her as well.  If she invades you, it’ll occur in the Swamp of Aeonia. When defeated, you’ll receive the Furcalling Finger Remedy. She can invade any time of day, wielding light armor and a sword. She carries the Waterfowl Dance Ash of War. If you defeat her while she’s not invading, she’ll drop 6,000 runes.

Her story is quite sad. She’s sick with an incurable Scarlet Rot. Gowry, however, thinks you can cure her. That’s where the Millicent questline begins in Elden Ring, and now that you know her location, we can talk quest tips.

Tips On Completing Her Questline 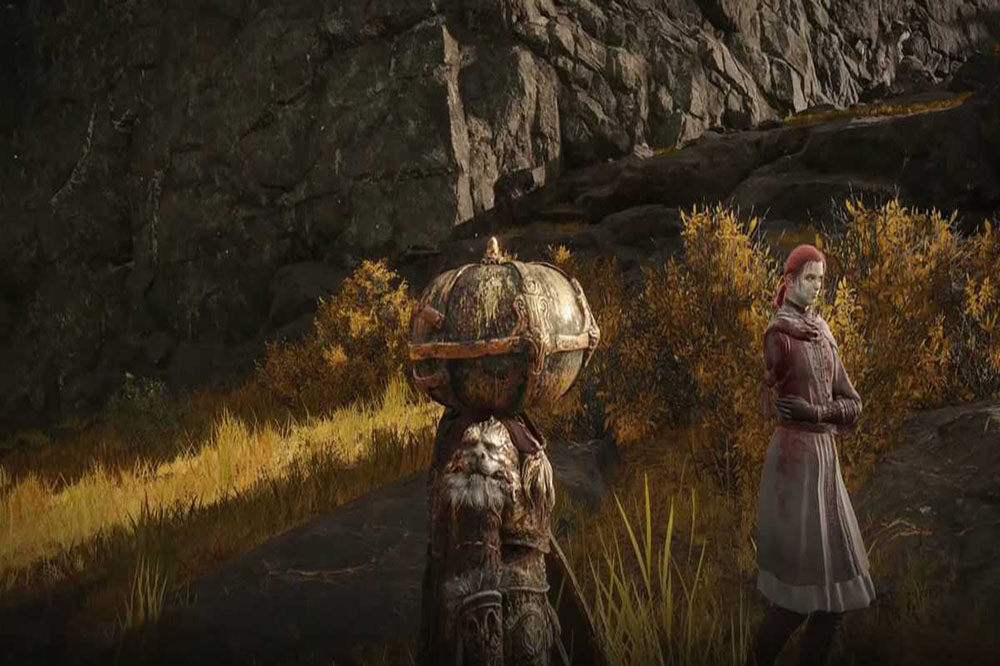 To begin the quest, you’ll start by finding the Unalloyed Gold Needle. Head to the Swamp of Aeonia and defeat Commander O’Neil. Gowry needs time to repair the Needle when it’s returned to him. Simply warp to a site of grace or quit the game and he’ll have it ready.

Once you bring it to Millicent in the Church of the Plague, she’ll use it. Her gift for your efforts is the Prosthesis-Wearer Heirloom. The item raises your dexterity. When you return to Gowry’s Shack, you won’t see him there, but Millicent will be there. Simply visit a site of grace and Gowry returns. He’ll also sell you spells now.

Next, find Millicent in the Erdtree-Gazing Hill site of grace. This site is located in the Atlus Plateau. If you give her Valkyrie’s Prosthesis, you can continue the Millicent questline in Elden Ring. You’ll find this in The Shaded Castle in a chest guarded by a Cleanrot Knight. This continues her quest sequence, which now takes you to Windmill Village.

Defeat Dominula and she’ll appear at the nearby site of grace. Next, you’ll find her at the Ancient Snow Valley Ruins site. Additionally, she’ll head to the Prayer Room site at Elphael Brace of the Haligtree. You can’t move her from here until you kill an Ulcerated Tree Spirit in the Drainage Channel.

Lastly, you’ll see her near the site of grace in the Drainage Channel but she’s not alone. She’ll summon you to her world to fight her sisters. Kill the four of them, which isn’t easy, and earn the Rotten Winged Sword Insignia.

If you rest after this invasion, then you’ll find her again at the nearby site of grace back in the Channel. Interact with her one last time and you’ll watch her die after resting again. She’ll now hold the Unalloyed Gold Needle that started this all.

Daniel Radcliffe Harry Potter Rejection: He’s Not Interested In Starring ‘The Cursed Child’
Who is Pete Davidson? How The Actor Has Become The Center Of Attention In No Time.

GAMING
Saints Row 5 (Reboot): All That We Know So Far
Mobile
Apex Legends Mobile Global Launch – Is It Any Good?
GAMING
GTA 6 Release Rumors – Should You Be Excited?
GAMING
GTA 4 Remaster – Insider Shares New Info
GAMING
Gotham Knights: To Be Hyped or Not to Be?
Nintendo
Kirby New Game Success – The Forgotten Land Sells More Than 2 Million