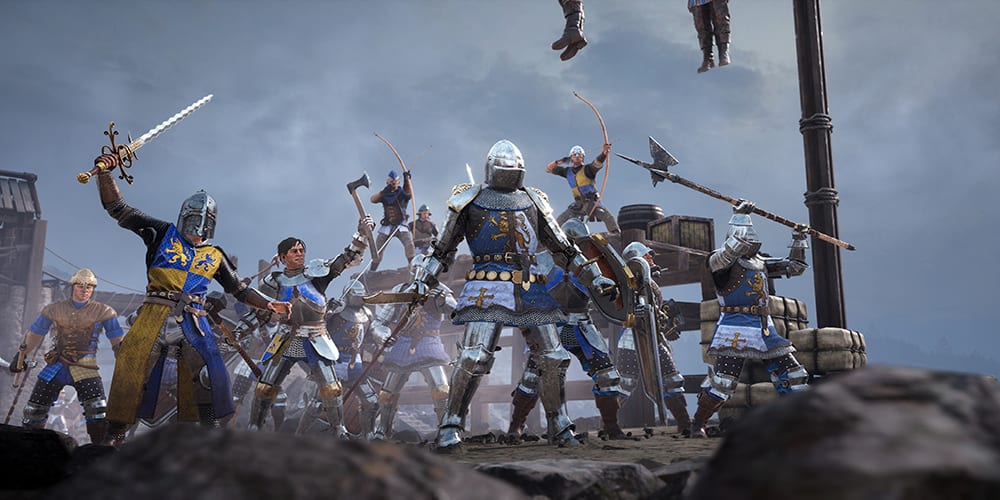 There’s nothing quite like a good medieval action movie. Watching the armored knights charge with weapons of the Middle Ages is fascinating by modern standards. We can’t quite imagine the fear and carnage of that particular type of campaign. We can, however, participate in all the chaotic glory of our favorite medieval films. Chivalry 2 calls itself a first-person slasher inspired by medieval movie battles. For those who enjoy multiplayer shooters, imagine trading in an SMG for a longsword or battleax. The surprising depth of combat and incredible multiplayer experience of Chivalry 2 make it a game well worth a spot in your online gaming rotation. Here’s our Chivalry 2 review, which I’m writing after having spent time playing the game on Xbox.

Is Chivalry 2 Worth Buying? 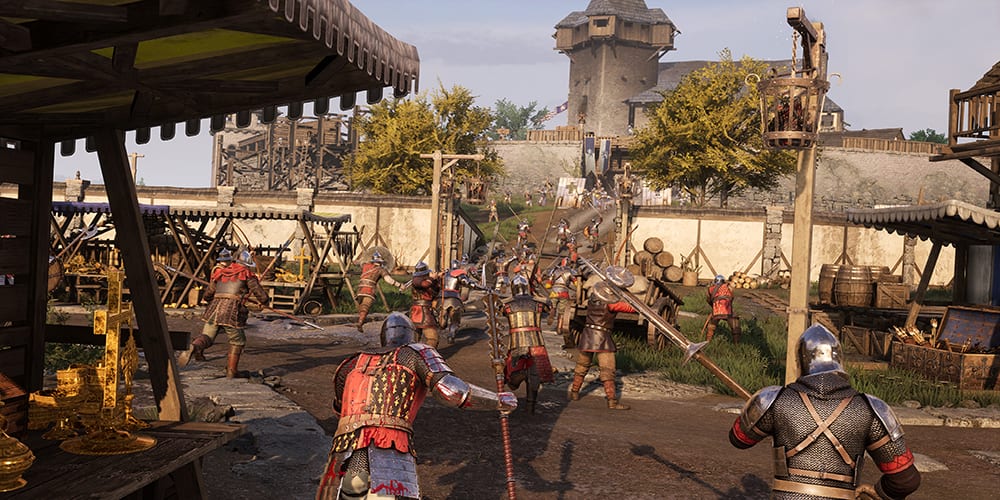 In Chivalry 2, you’re thrown into the Middle Ages and intense battles for power. In 64-player battle arenas, the action is pleasantly overwhelming as you attempt to monitor the battlefield for foes. A true blend of FPS games and combat titles, Chivalry 2 is a great game for fans of multiplayer shooters who want a twist on the action. A few well-built combat elements make this game an absolute joy to play, even if it does seem relatively straightforward at first glance.

A free-flowing combat system provides you with simple button controls for attacks and blocking. With options to attack from overhand, the side, or in a jab, you have options. Expand those, however, and you can truly open up this game’s combat. With the option to adjust where you’re looking and standing with the analog sticks, you can achieve an attack quicker than your opponent or break an attempted block. While it takes time to nail down, the more advanced elements of combat control make this game one of my favorite multiplayer experiences of recent memory.

In online battles, you do have your downfalls. Of course, it’s common to accidentally find yourself outnumbered and quick to death. While this is part of an online multiplayer game, it’s even more frustrating when you are forced to run back to the action from a starting point quite far away from where most battles progress. There’s also a class system that doesn’t do much to change the overall experience of the game. I didn’t find myself enjoying any weapon more than the other. Luckily, the game’s overall addicting action is enough to help you brush past these slights and keep your eyes ahead on the enemy. 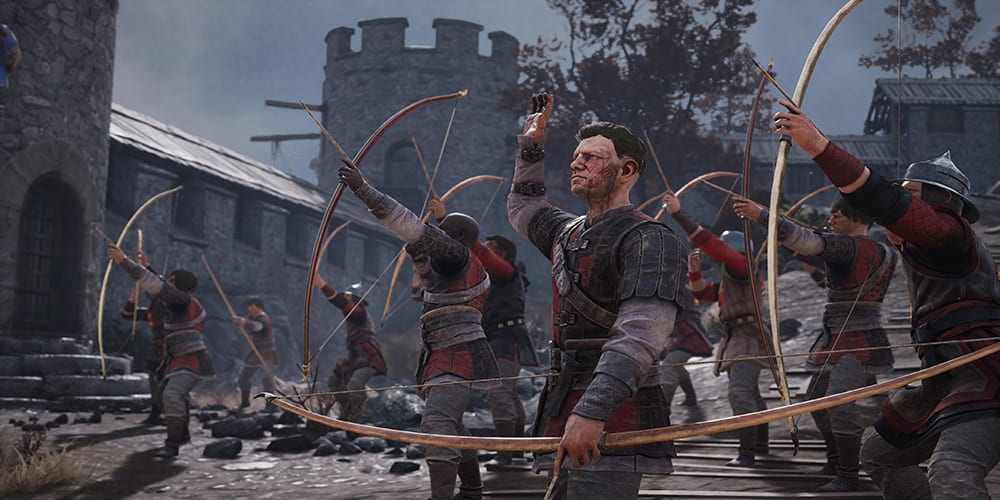 We review games on a scale of 1-10; Chivalry 2 is a strong 7. When we think of games like Marvel’s Avengers player decline causing matchmaking problems, one has to wonder if this game can keep up its player base for the long run. If so, then I think there’s a promising future for this sequel to the original 2012 release. Improvements to visual quality and the fluidity of gameplay make this a truly gorgeous game to play. Not to mention, the advanced combat considerations are worth putting the time in to learn and gain more from this title.

Simply put, two fan bases should check this game out. Firstly, if you’re into medieval TV shows or movies, then this is right up your alley. The chaos of the best battles of Game of Thrones are here in every match you start. Likewise, fans of online shooters should check this title out too. I’m eager to see a player base boom around this game. I don’t think I’m alone in sometimes feeling burnt out by multiplayer shooters. Chivalry 2 offers a great alternative to the online games we know and love and is perfectly fun in its own right. Not to mention, at $39.99 USD, I think it’s a hell of a deal for the potential fun waiting to be had.

Chivalry 2 is available now for PC, PS4|PS5, and Xbox One|Series X and S. If you’ve played the game, then give us your 3-sentence spoiler-free review in the comments. Likewise, let us know if you enjoyed our Chivalry 2 review down below as well.

A digital review copy was provided by Deep Silver and Tripwire Interactive for the purposes of this review.