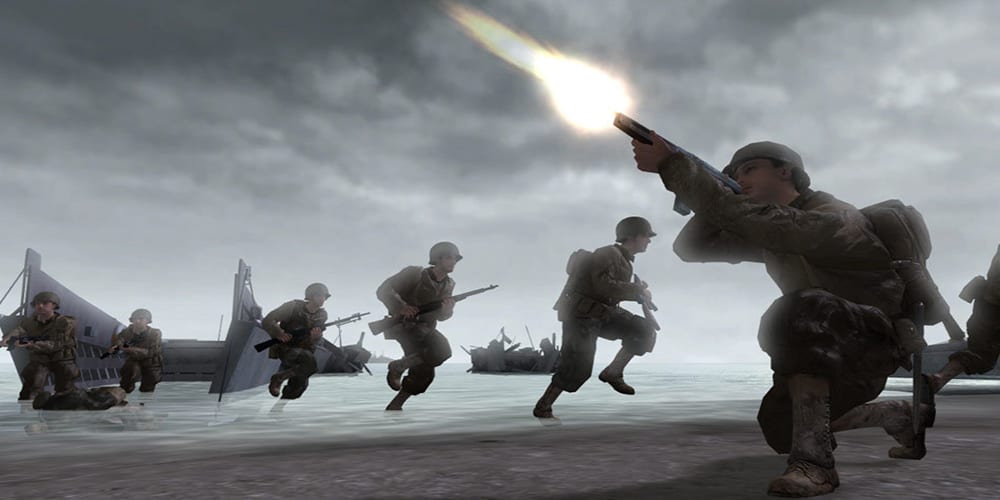 To look at the start of the Call of Duty series, we recently traveled back to the distant past: 2003. That might not seem like a long time ago to some of us, but for others, that’s ages ago. 17 years is a fairly significant run for any series of media, and Call of Duty has arguably grown every year since then. If their first game got people excited, then the follow up had to be equally impressive. The struggle of sophomore efforts in anything from gaming to albums or movies is challenging. You need to change enough to make it fresh but keep the core things people love in tact. So, how did Call of Duty 2 tackle this issue? Let’s look at some Call of Duty 2 history in this next installment of our series. 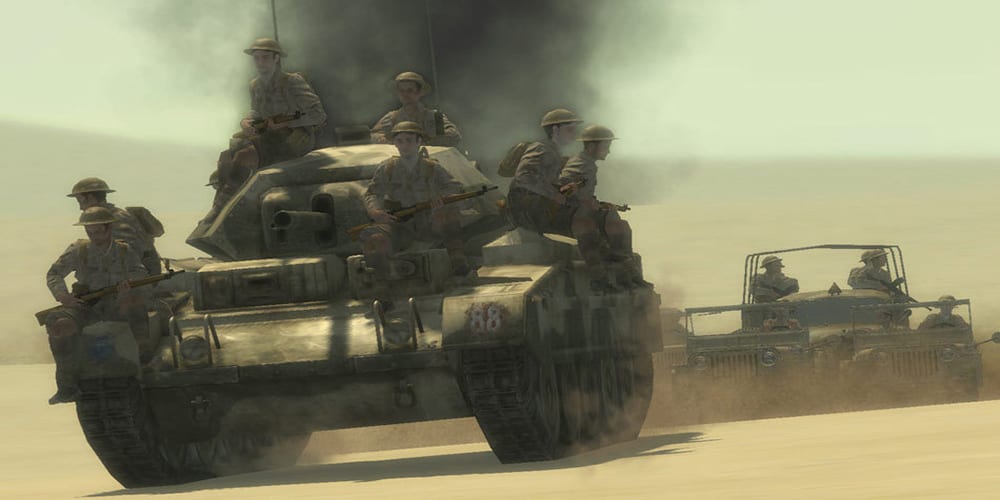 Two years after the launch of Call of Duty, Infinity Ward announced their development of a sequel. The plan would be a fall release sometime in 2005. Despite the announcement coming earlier that year, fans and critics believed the title was well underway. An expansion to the first game, Call of Duty: United Offensive, released in 2004. That project was developed by Gray Matter Interactive. The move to use Gray Matter led many to assume Infinity Ward, the developer of the main game, was working on the next installment. The plan from the onset of the sequel’s development was to focus on thrills and authenticity.

Utilizing less linearity in missions and focusing on enhanced squad abilities would lead the way. The first game’s engine, iD Tech 3, went through a series of mods to create a new game engine: IW engine 2.0. The new creation allowed for better battlefield scope and graphics. Clouds, smoke, and weather effects are some of the noticeable changes in the game. Another aspect of change to the sequel would be four individual soldiers playing a part in a larger story. This is an element we see throughout the Call of Duty series. With a focus on characters as well as authentic battles, Infinity Ward hoped to create a real draw to the game’s campaign mode.

Immersive gameplay and improved engines aside, the mentality of Infinity Ward was simple: go bigger and better. Improving AI for enemy soldiers as well as offering more in-mission objectives helped make the game more intense. If the first game allowed you to sort of move through the battlefield smoothly, then the sequel was at times similar to a manhunt. AI was seeking you out more effectively to avoid any super-soldier phenomenon occurring in the game. 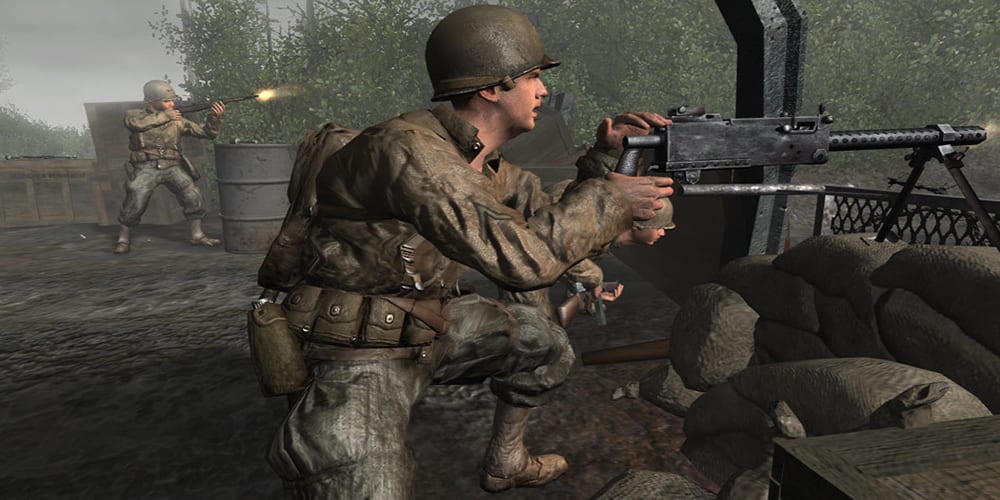 The setting for Call of Duty 2 was yet again the same point in history as its predecessor: World War II. To keep things fresh, the objective for Infinity Ward was to increase the realism in the levels. After developing numerous levels for France, for example, the team scrapped them for more interesting spaces that mirrored real battles. Post-war effects like smoke, dust, and debris helped to make these areas feel more like a real warzone. A 5.1 surround sound system and much more dialogue than the first game also made the experience more somber. This felt less like a movie and more like living out iconic moments in a global war.

Some new features to the throws of war also helped add to the experience in-game. A new granade icon, still present in today’s Call of Duty games, debuted. Likewise, enemies had a second chance to kill you after falling in what’s known as “Last Stand.” This feature is now a regular perk in multiplayer modes of games in the series. The game featured four characters from three perspectives of the war. Like the first game, you saw things from the Soviet perspective as well as the U.K. and U.S. soldiers. Still played regularly on Steam today, the game’s story is one of its strongest lasting impacts.

Call of Duty 2 Release and Reception 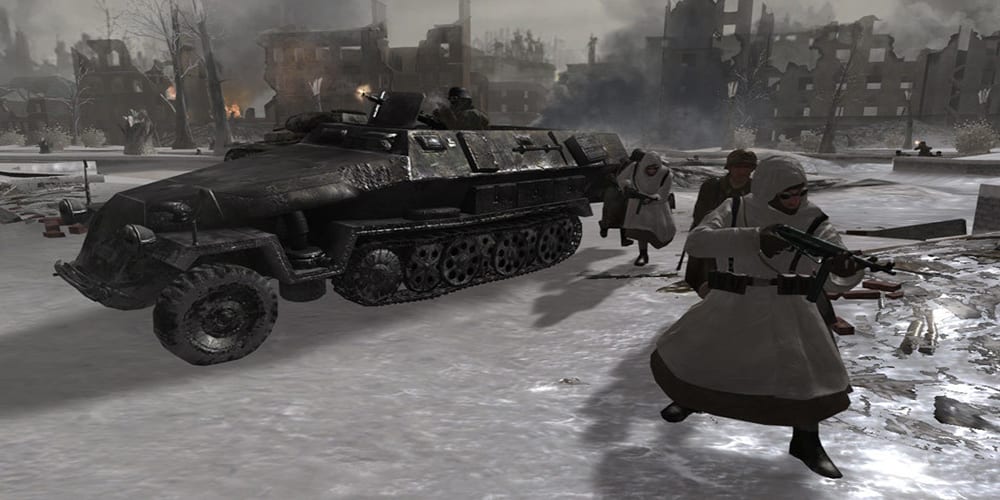 When the game launched on October 25, 2005, it was generally enjoyed by fans and critics. Most saw the additions made to the game as positives rather than negatives. One thing that was clear is reviewers at the time worried about the game’s focus on a single console. Many reviews talk about how the inclusion of an Xbox 360 version this time around might impact the PC performance. Although some talked about it possibly impacting the game, most didn’t see a downgrade. In fact, many talked about the 360 experience being superior, but there’s always a bit of a console bias depending on where players actually play their games. The outlet often determines the angle a reviewer might take.

Overall, the Call of Duty 2 history books seemed poised for success. Xbox 360 players purchased 200,000 copies in the first week alone. Because the game would serve as a launch title to the system, the pair worked wonders. A little less than a year later, 1.4 million  Xbox 360 copies of the game left shelves. By the end of 2013, the game sold over 5.9 million copies. The game finished 7th in PC sales for the year but was deemed the best FPS on the computer. 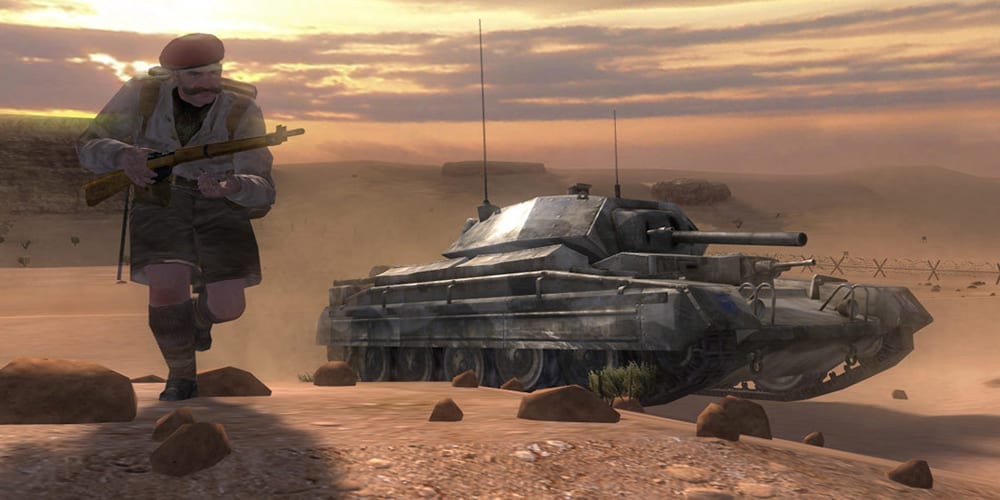 Some people are starting to receive their Steam Deck, the state of the art portable gaming PC.  The hefty waitlist is growing by the day, and many are just now beginning to see all of […]

BY Taylor Bauer March 17, 2022
Upcoming Events for World of Warcraft

One of the many things I really enjoy about playing World of Warcraft is being a part of the monthly in-game events and holidays that take place in the world of Azeroth. Every year, I […]

In the words of Gucci Mane, “it feels so good to be back.” The last full Nintendo Direct occurred on September 4, 2019. Nintendo presented smaller showcases in between then and now, but nothing like […]