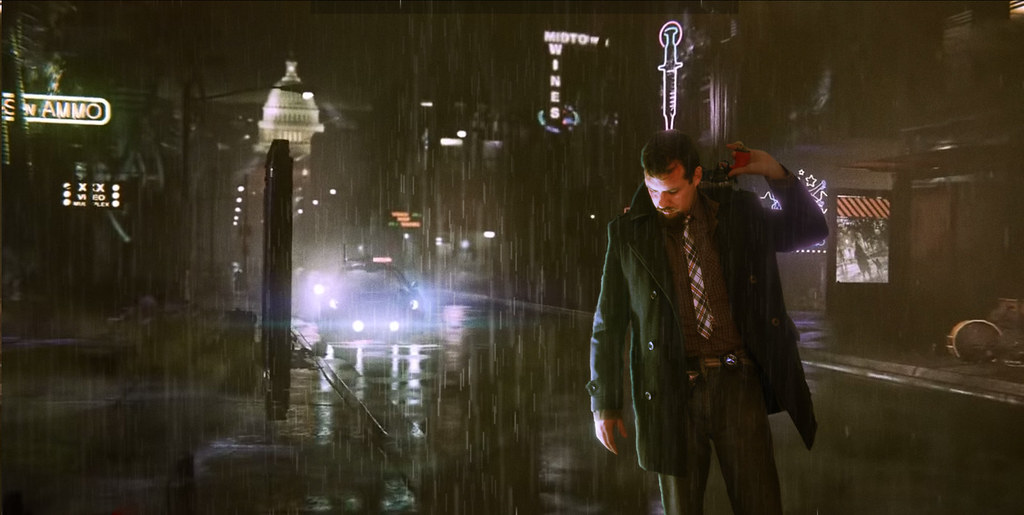 Blade Runner: Enhanced Edition comes off many setbacks during development. Shortly after its initial announcement, delays and issues came. But, it’s managed to surpass them and deliver a fantastic experience.

It’ll come tomorrow, according to Eurogamer. And, it’ll be available on PC, Xbox, Switch, and PlayStation on the 23rd of June.

Its initial announcement came way back in 2020. But, it wasn’t an easy ride from there. The cinematic update showed amazing graphics. The game is set to release for current-gen consoles tomorrow. But, what do we know about it so far?

Let’s dive into the article and its cinematic update video. From there, we’ll be able to discern what we can expect.

What can you expect from it?

In case you don’t know, Blade Runner dates back all the way to 1997. It set itself apart from other licensed adaptations as well. That’s because it was an amazing title. It managed to capture the dystopian atmosphere perfectly.

It was a fantastic show of neon streaks and futuristic cities from the movie.

The story wasn’t a direct adaptation of the movie. But, it ran parallel to it. With that, it managed to be quite ambitious. And, it was a ground-breaking title after its release.

It has a lot to owe to point-and-click games. It’s mainly narrative-driven. But, it manages to distinguish itself with a unique take. Players take on the role of Ray McCoy, the Blade Runner. And, the adventure is heavily randomized.

But, the goal is the same regardless of your playthrough. You have to use your investigatory skills to hunt down replicants. Curiously, who are these replicants is part of the randomization. Each new game changes which characters are them.

So, you can’t rely on experience to resolve new games.

The characters won’t even follow scripts in Blade Runner: Enhanced Edition. They move around in real time. And, they have their own objectives. So, it couples with branching narratives and multiple endings. The world feels alive.

Of course, the game is a huge classic. And, it’s still quite unique among its peers. Many players go back to it to experience it. For many, there isn’t anything like it today.

But, it does show its age. From a technical perspective, its strengths can’t compete with today’s offerings. So, Nightdive Studios swoops in to rescue the title.

They’re responsible for remastering System Shock and Turok. And, they announced their remaster back in 2020. In the video above, we can see how far they had come by then. We can only expect more for tomorrow’s release.

The difference is staggering. The cinematic update compares the old and new versions side by side. The “before” screen shows the game in 640×580 and 15 FPS. The “after” screen shows it in its current 4k and 60 FPS.

The differences are easy to see. The cutscenes appear smoother and more realistic. So, we can expect a huge visual improvement for the game.

The issues during development couldn’t stop it

Sadly, development ran into many problems. After a couple of glimpses of the title, development stalled. The studio struggled to overcome some obstacles with the original game’s tech.

Its hunt for original source code and assets yielded no results. So, they had to postpone development indefinitely.