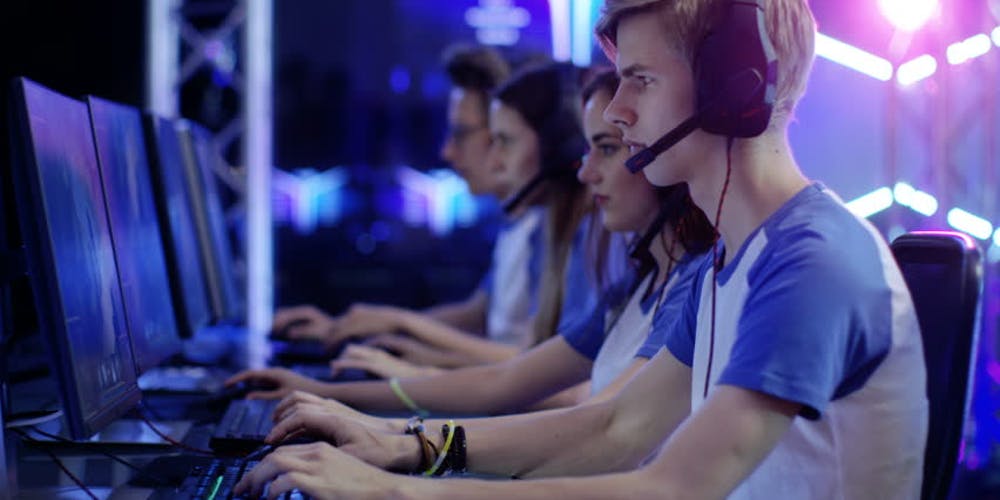 Gaming is far from the industry it was 20 years ago. If you look back even five years, then you can hardly recognize aspects of the gaming world. Things like loot shooters, battle royale, and free to start mobile gaming are running the software world. Then, you have the booming esports world, in which advertisers and big tech are racing to grab as much of the pie as possible. The competitive gaming scene alone is expected to be a billion dollar industry. Top that with the millions being made in game sales and in-game collaborations with brands, and you’ve got a lot of money to be made.

The question becomes what does this mean for the industry? In any entertainment form or field, consumers need to feel satisfied to keep showing up with their wallets. Does streaming transform gaming into a purely digital space? Where do esports fit in? Let’s take time for a bit of the State of the Industry and talk about how big tech is changing things for better or worse.

Everything from streaming platforms to esports is now in high demand with big tech. Twitch recently won a competition in big tech to buy the Internet Games Database, an iMDb for gaming credits. Twitch itself is now owned by Amazon, one of the major media companies racing to create a new future for itself in gaming. Fun fact: Amazon owns iMDb too. Their new posture towards the future of gaming is promising for the company, but how does it fare for gamers?

Amazon is no stranger to the gaming industry. Amazon Fire TVs and tablets are popular mobile gaming platforms that even offer a special controller. This market is under fire thanks to the rise of Apple Arcade, a big tech streaming game platform launched just this week. As they battle Apple in the streaming world, another big competitor is on its way as well: Google. Google Stadia is a big tech answer to hardcore, high quality games. Unlike Amazon’s digital games on Amazon Fire products, the Stadia is set to stream things from major publishers like Ubisoft, EA, and CD Projekt Red. It’s a different market than Apple or Amazon are wanting, but big tech gaming vet Microsoft is taking on the core gamers with the xCloud. You can see how crowded the field is already getting, and things are just getting started.

eSports and Big Tech: A Game of Gaming Revenue

While Twitch is moving a database into its arsenal, the platform still rules supreme in terms of eSports coverage. Most major tournaments, including everything from DOTA 2 to Super Smash Bros. Ultimate, stream on Twitch. It’s a great way to reach a huge audience. Twitch gets millions of viewers everyday, meaning quite a few sets of eyes. Those eyes are attached to bodies, at least we’d assume in most cases, that spend money.

The marketing and commoditization of eSports and video game streaming is nothing necessarily new. With a growing audience, however, there are quite a few big tech companies looking to make money off the interest with sponsorship. Everything from putting brand logos on gaming equipment to naming the actual tournament for a head sponsor brings in insane amounts of cash. Big tech and their efforts make $3 million purse winnings possible for games like Fortnite.

It’s clear what’s at stake. Companies like Google and Amazon don’t necessarily need more money, but they do want to lead innovation. Not to mention, even billion dollar companies need to turn a profit to stay afloat. For a lot of reasons, we can argue the merits of advertising in eSports and whether it’s good or not for the sport. In reality, it’s a sign of the sports legitimacy. Still, concerns for the experience are still worth mentioning.

Concerns in the eSports Industry about Big Tech 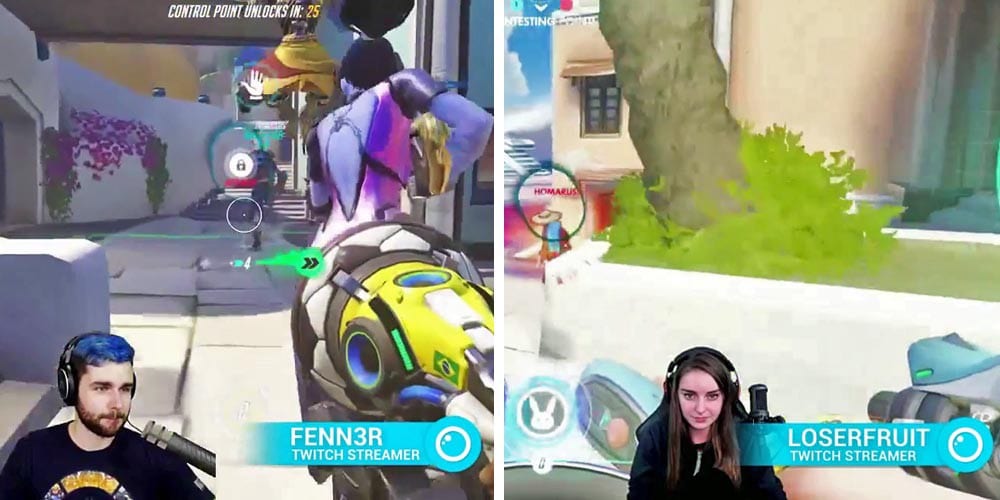 If there’s anything worrying gamers and competitive players, it’s the presence of big tech. If they want to throw money at things, that’s fine. Truly, most gamers don’t really care about sponsorships as viewers. If it’s how competitive teams can make money and prizes can be worth fighting for, so be it. The concern would become control of the actual tournament rules and regulations via big tech’s wishes.

Let’s say for example that a Fortnite tournament is being planned. Suddenly, Amazon wants to host a tournament exclusive to Twitch. Microsoft, in turn, decides to host a tournament on their platform Mixer. Now, the best players aren’t playing in one single pool, they’re being sectioned off to big tech tournaments. The central governing eSports body, the International eSports Federation, isn’t truly in control of anything. It’s like 30 NBA teams playing, and suddenly TNT and ABC decide to host exclusive games only featuring certain teams. The fragmentation of eSports would be detrimental.

Is Gaming Losing Anything in the Boom of eSports?

To this point, gaming hasn’t taken any huge hits in the transition from a fringe hobby to mainstream sport. Still, a few things stand in big tech’s way of an immediate success with eSports that could harm the industry’s purity. For starters, eSports will not be a big overnight sensation. It’s been tough getting tournaments like the Madden Bowl to attract viewers online, even with a huge following. Within gaming, you have a lot of players who would rather play a game then watch others play. It’s not rocket science; gaming is a big hit with audiences because it involves participation in the entertainment. eSports goes against this core principle, meaning you might not convert everyone over.

Plus, entrants are sometimes underage, relying on their parent’s money to enter tournaments and earn in-game items. Big tech could face ethical concerns down the road if they don’t address this correctly. That being said, banning underage players would be a huge misstep for the industry. So, what becomes of eSports?

Looking Ahead to Big Tech’s Influence on eSports

In May of this year, Kotaku talked about big tech’s financial influence in a pretty scathing report. It’s not unlike gaming journalism to be weary of outsiders, but there is a big discrepancy between the money being poured into eSports and video gaming, and the money being returned. At some point, the return on investments is either going to skyrocket or plummet. My money, as an avid gaming fan and journalist, is on the latter. The expectations of companies like Google and Amazon are way off in terms of what they’ll get back. Console gaming isn’t dying, and while mobile gaming is on the rise, you’re not losing core gamers. That’s where eSports comes in, except the sport only lets you watch others, not actually play the game.

A lot of people watch streamers, fair enough. The problem is that 15 million people daily aren’t going to translate to billions of dollars like Amazon and Google want it to. The only option then is to move more aggressively into partnerships and advertising. At some point, it will begin to affect the experience. Then, nobody wins.

Who Will Win the Race Into eSports and Streaming?

Can there really be a winner? The only positive outcome from all of this is a choice in ways to play. If you want to boot up a Stadia and stream a game instead of buying a console, well now you have the choice. That’s a great thing, and the Switch is a good example that choices are well received. Getting to play handheld and on a TV makes the Switch a dynamic option that a lot of non-Nintendo gamers enjoy. You hear jokes even today, some 8 years after its launch, about playing Skyrim in the bathroom thanks to the Nintendo Switch. But, even the Switch has its limitations. So too will Stadia, Microsoft xCloud, and Apple Arcade.

How do we measure a winner in this race? Is it money earned? Subscribers to a streaming service? To be honest, games that sell a lot don’t always become considered winners. So, now we’re left with this elephant in the room. Big tech has no clear path to the finish line except a booming market and money to be made. They will make money, but it won’t enhance the experience for gamers. It’s great that eSports is getting recognition, but I don’t know how many more people they’ll convert over to watch these tournaments. So, we have money being made and no real benefit to gamers themselves.

The Silver Lining to Big Tech in Gaming

I don’t mean for the conclusion of this discussion to sound negative. Money could mean more resources for gamers and game developers. Of course, that’s going to cause questions of compensation, and companies are already facing union threats on this front. Big tech wants a return on investments, and I fear they’ll be getting what their owed at the expense of gamers. Be sure to keep reading Comic Years as we follow these changes in gaming closely!