They terrify us, they entertain us, and they try to eat us alive. Zombies had their moment in pop culture right around the peak seasons of The Walking Dead. Today, they’re still present in our lives through movies, TV, and games. Most notably, we’re a few weeks away from State of Decay 2 DLC. Additionally, Dying Light 2 is still on the way. Clearly, zombie games are far from out of the mainstream. So, why not take the chance to review the best zombie video games of all time?

A little caveat here: we know these lists are highly subjective. That’s part of the fun! We want to hear from you after this countdown is done in the comments. I can handle the hate if you think my list is terrible. At the end of the day, I just want to know where your head is at with this beloved horror action genre. Let’s not waste any more time; who knows, a zombie might be around the corner. Let’s get to it! 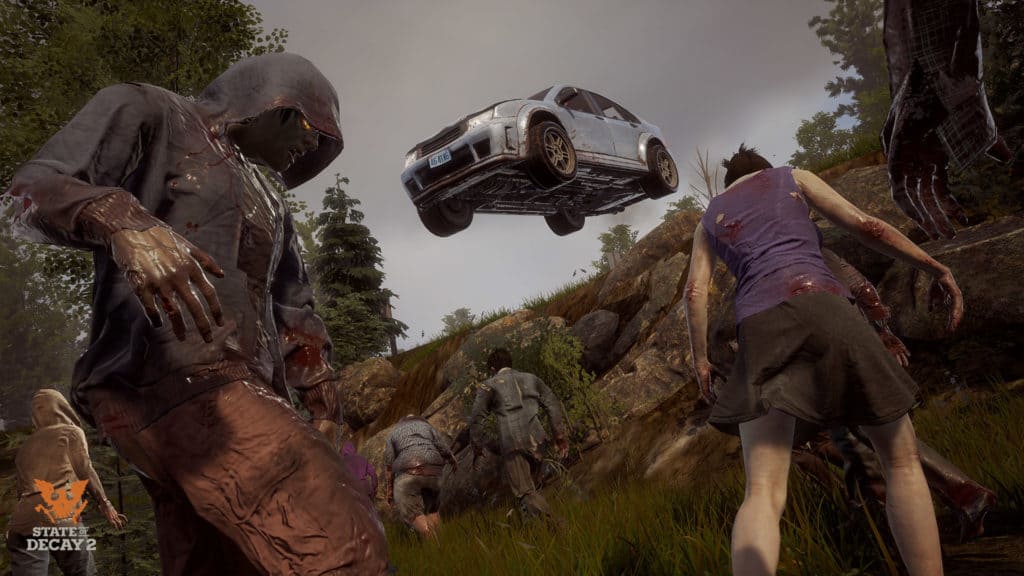 As mentioned in the intro, State of Decay 2 is still going strong thanks to a dedicated playerbase. The Microsoft and PC exclusive is a favorite for those who enjoy open world games and the undead. I’m the first to admit the State of Decay series is buggy, glitchy, and sometimes pretty rough. Still, the games are a blast, and the dev team works really hard to keep great content coming.

The State of Decay 2 experience only increased in value at the release of the Heartland expansion. Adding two heartfelt stories to the zombie mayhem wrapped me back in for another 25 hours of gameplay. Now, it’s regularly in my rotation of things to boot up when I’m bored. The series is likely going to get a State of Decay 3, and if they smooth out the rough spots, this could be a series we consider in talks of all time best zombie gaming series.

#4 – Call of Duty: World at War (Yes, we know this isn’t technically a zombie video game)

How does Call of Duty: World at War make into this list? It’s not even a zombie game! Well, remember carefully: the popular Nazi Zombies game mode debuted in this 2005 release. The small, concise house in which you and a friend could hunker down and fight dead Nazis is iconic. It also birthed a series of game modes that fans love. There are a ton of great things to revisit in this first rendition of Nazi Zombies, including that beloved ray-gun.

The Call of Duty series isn’t afraid of taking risks. We’ve played games with wall-running, jet packs, underwater gun fights, and more. Still, the idea of a Nazi Zombie hunting game mode seemed insane at the time. Now, we love it. It deserves a spot on this list. 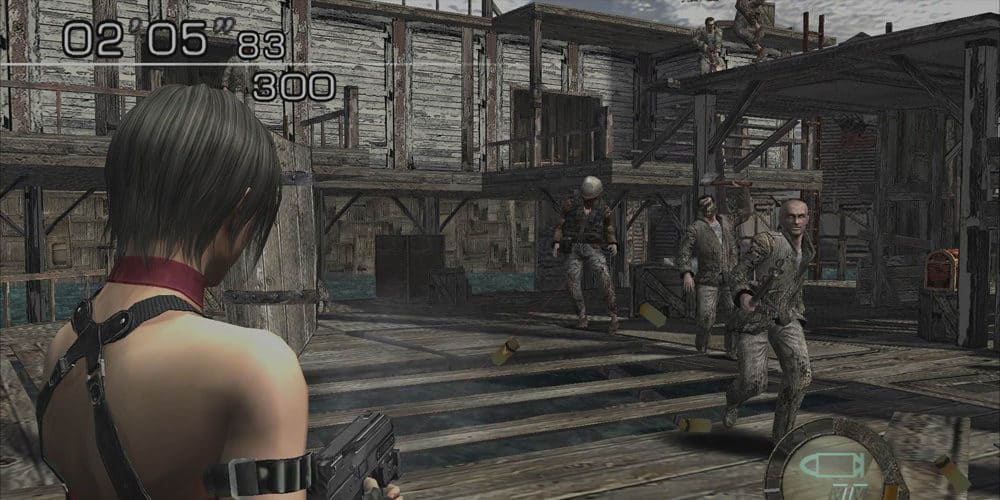 Resident Evil 4 isn’t just a great zombie video game. The fourth entry in this historic series might be the best action game of all time. The modern action title is literally based on Resident Evil 4’s blueprint. The premise of Resident Evil 4 is pretty dumb; save the president’s daughter from zombie infested rural Europe. Cringe-worth, right? Well, forget the plot. The game completely abandons the “save your ammo” gimmick to offer more plentiful supplies. How does that make for a better zombie game?

Well, the design on the zombies is the best the series ever sees. Focusing on visuals over the typical “stay alive” thrill really gives the game some legs. For non-traditional fans of horror, there are less jump scares in Resident Evil 4 as well. I think by abandoning the things we expect, Resident Evil 4 was able to deliver on a ton of things we didn’t even know we wanted from a game like this. With Capcom remaking Resident Evil 3 now after the success of the Resident Evil 2 remake, we’ll likely see a remake of this as well.

Left 4 Dead 2 is everything a gamer can love about multiplayer co-op. The Valve masterpiece that launched a thousand “will we get Left 4 Dead 3 this year?” articles truly knocks it out of the park. The game is still incredibly active on Steam, and with mods looks better than ever. The game feels clunky compared to more modern action games, but the heart of its experience is teamwork.

The four person party works very well with three friends, but AI is serviceable as well. The panic of getting cornered with little supplies amongst your team is truly horrifying. The closest experience we’ve seen to Left 4 Dead 2 is World War Z. The latter fails to match the fun balance between arcade survival and realistic horror game that Left 4 Dead 2 really nails. Only one game comes out on top over Left 4 Dead 2, and it’s the winner of our best video games of all time list.

Best Zombie Games of All Time #1 – The Last of Us 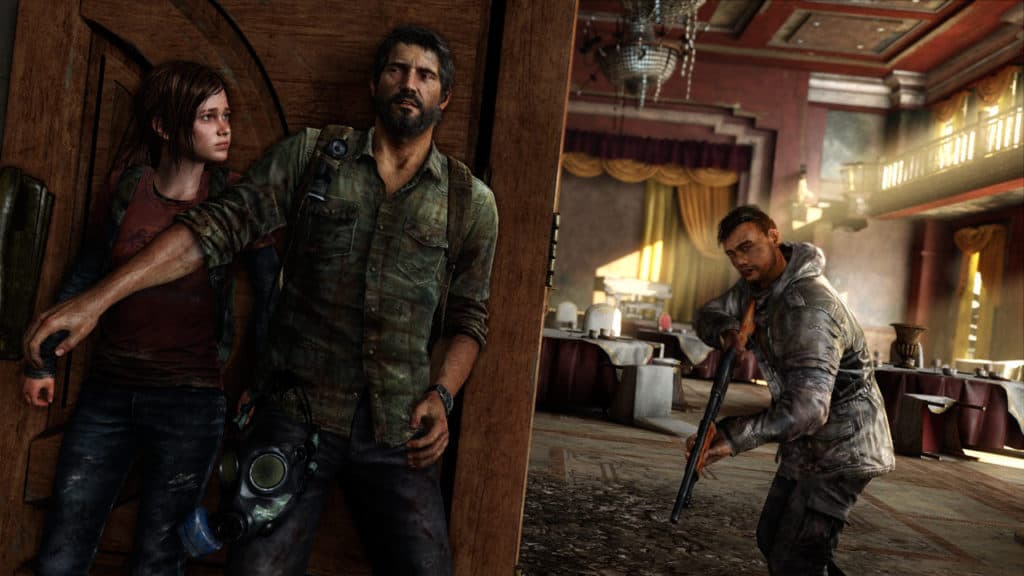 A great zombie game needs to have horror and heart. What does that look like? A lot like The Last of Us, the quintessential and best of the best zombie video games. Those of you who are going to hop in the comments and say “technically, the Infected aren’t zombies” can politely save the semantics. The core of The Last of Us’s gameplay is zombie survival at its finest.

A much less fun article to read on the best third person shooters of all time might find this game at the top of the list as well. The experience of playing The Last of Us is unrivaled in terms of emotions, edge of your seat suspense, and an altogether flawless video game.

That’s our list of the best zombie video games of all time! If you liked this list, then check out our recent write-up on the worst video game launches of all time! Let us know what you agree with and disagree with down below! Plus, tell us anything you think deserves a spot on this top five in the comments. Thanks for reading Comic Years for all things games, comics, and pop culture!