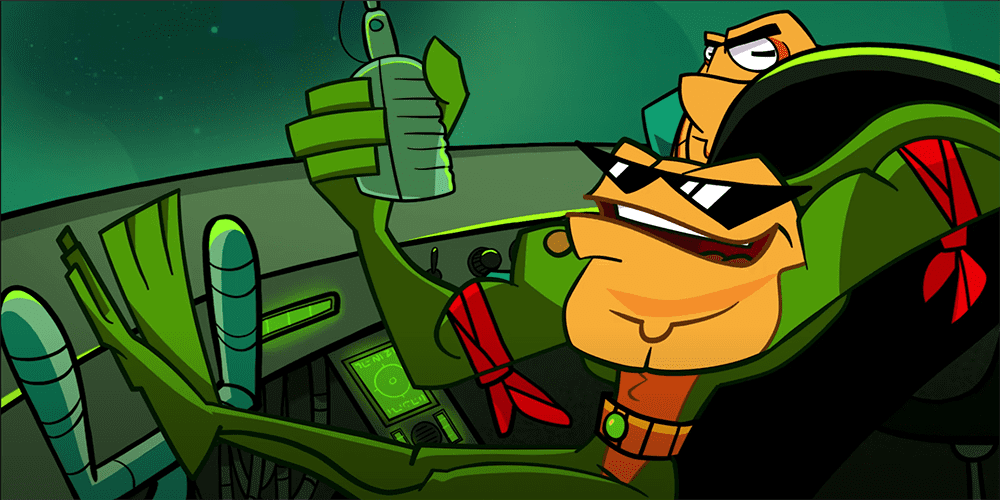 It’s gone through a ton of pop culture interactions, but it’s finally returning as a video game. From an NES beat-em-up to a prank phone call phenomenon, Battletoads deserves more credit than it gets. The arcade game in particular is a wonderful artifact of the 1990s arcade renaissance. With a title on the way for Xbox One, Xbox Series X, and PC, a new Battletoads release date is finally known along with a release trailer.

What is the Battletoads Release Date?

Remember when everyone was calling the shop from Pawn Stars and asking them if they had Battletoads? In just a few weeks, you’ll be able to call any video game seller and they likely won’t say no this time. Rare’s Battletoads game is not for everyone, and Microsoft knows that. The game initially was heavily influenced by TMNT and other 80s and 90s cartoons. The new Battletoads release date trailer shows that the cartoon vibes and fun-loving arcade action is still alive. Looking much more modern than its three-decades-old predecessors, the new title is just about everything you could hope for in this series for 2020.

The writing of this game feels so nostalgic for people who grew up in the golden era of 90s Saturday Morning cartoons. The mainstream success of shows that Battletoads borrows from is long-gone. With so many channels both traditional and streaming, few kids are all watching the same thing at once like they were back then. That’s not to automatically say cartoons are worse today but, yeah, they’re worse. This game, like many modern cartoons, won’t scratch the nostalgic itch people in their 20s and 30s feel. Nor will it resonate with modern fans automatically. Instead, this game needs to make a case for its existence. From the trailer alone, I think it has a good shot at doing this.

Why Did Microsoft Leave This Out of their Showcase? 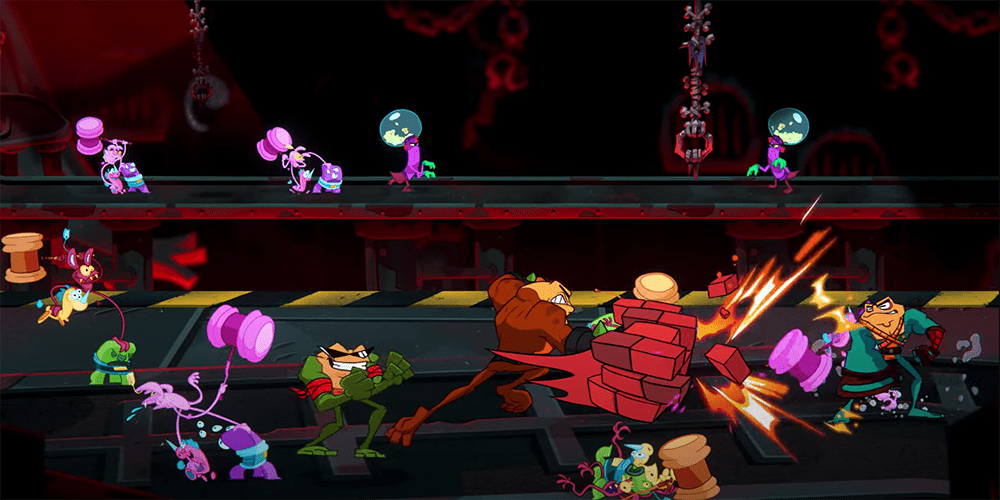 The gameplay shown in the trailer makes it clear that this is pure arcade action. Will that resonate with everyone? Not really, but guess what? Microsoft can publish games like this with little risk thanks to Game Pass. If you subscribe, then you can get this game day one for free. It’s a great deal and insanely consumer-friendly. In fact, Game Pass is a stronger reason to buy an Xbox Series X than any one particular game in my opinion. Overall, Game Pass will play a vital role in Microsoft’s future. Therefore, it’d make sense to talk about an upcoming Game Pass game in your giant, exciting Xbox Game Showcase, right? Sure would, which is why Microsoft seemingly left it out on purpose.

I know the Xbox Games Showcase was more about the future, but why not include this trailer? It’s honestly sloppy to overlook how easy of a win that would have been. With all the Halo Infinite drama over graphics and lack of first-party blockbusters, Microsoft needs to take everything they can get. Nevertheless, we got the trailer one way or another. As mentioned, they might have left it out because of the very-soon release date. Fans can pick this game up on Xbox One and PC on August 20. For those of you, like myself, who are losing 2020 and any grasp on dates and the calendar, that’s just three weeks away.

Does this new Battletoads game interest you at all? If so, then let us know in the comments! Thanks for reading Comic Years for all things gaming, comics, and pop culture.