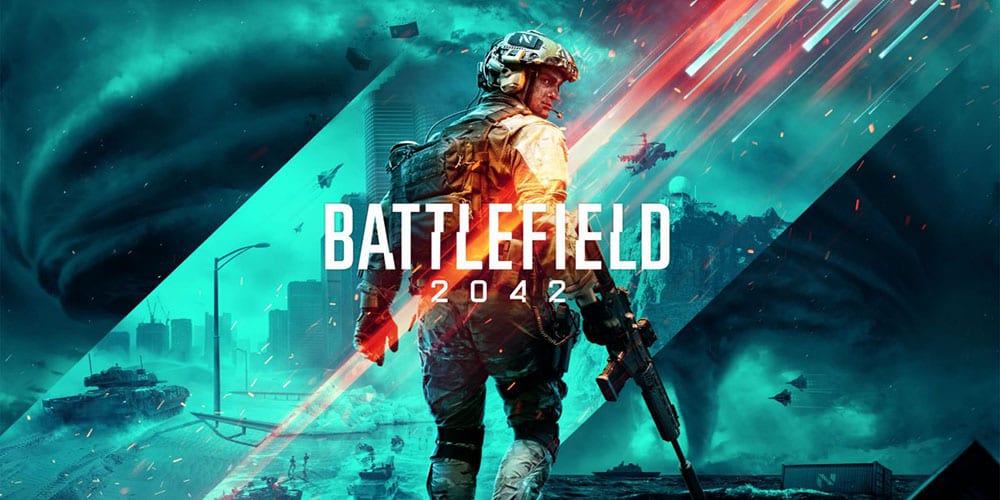 EA announced its next iteration of the iconic Battlefield franchise today. Kicking off a busy week in gaming with Summer Game Fest and E3 2021, DICE is heading to the future for its next military shooter. The concept of the game sounds fantastic. Not to mention, the series is building on its most successful game yet, Battlefield V. While the series still sits in the shadow of Call of Duty, there are some incredible elements of the upcoming game that could change that. EA and DICE provided us with the Battlefield 2042 reveal trailer and release date, so let’s talk about what’s coming for the series.

What We Learned from the Battlefield 2042 Reveal Event 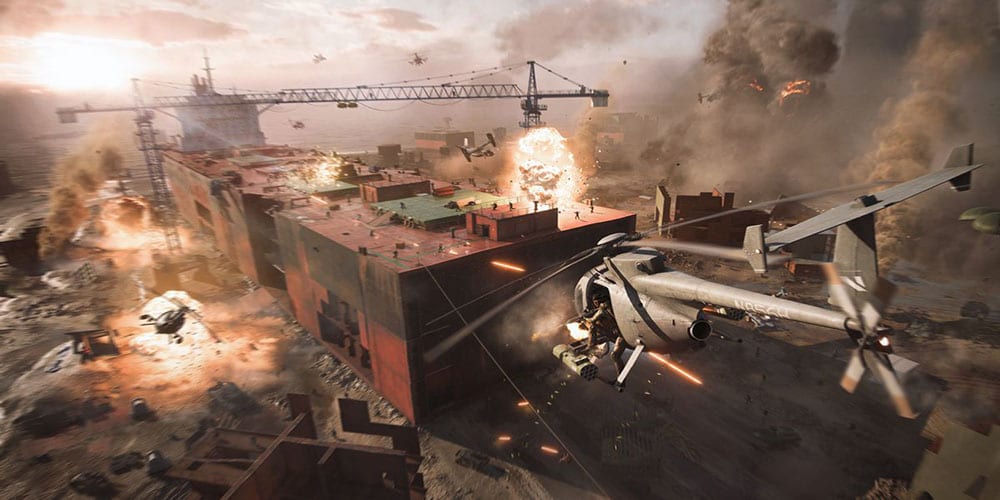 The newest game in the Battlefield franchise is going bigger than ever before. That’s saying something for the series that made a name for itself with large-scale battles and unforgettable campaigns. With the new entry, DICE and EA are aiming to return to the all-out warfare model and push the boundaries of what people expect from the franchise.

Battlefield 2042 is a futuristic shooter that takes place during a dire time for the world. Shortages of food, energy, and clean water have led to dozens of failed nations, creating the greatest refugee crisis in human history. Amidst this crisis, the United States and Russia draw the world into an all-out war. Taking sides for the future of the world are a number of families, farmers, engineers – and even soldiers. These people, known as the Non-Patriated, are less interested in supporting a country and more adamant that people need to retake a say in how things are run.

Instead of a campaign this time around, the new All-Out Warfare mode bridges the gap between Conquest and Breakthrough experiences. Up to 128 players can fight on this large-scale map and mode. Overall, this is the highest lobby count for any Battlefield title. Dynamic weather, dangerous environmental hazards, and spectacular world events take place as the war rages. A new squad-based game-type, Hazard Zone, will also deliver an experience fans of Rainbow Six: Siege will recognize. Interestingly, a third game mode new to the series is coming too from DICE LA. We don’t know what it is, but we’ll learn more at the EA Play event on July 22.

What is the Battlefield 2042 Release Date?

Battlefield 2042 will release worldwide on October 22 for Xbox One, Xbox Series X|S, PlayStation4, PlayStation5, and PC via Origin, Steam, and the Epic Games Store. While past-gen consoles are included in the release, DICE and EA promise a next-gen experience. It’s exciting to see the game coming this year. It’s even more exciting to hear about the vision for pushing this series forward. Powered by cutting-edge technology that pushes the capabilities of next generation hardware, DICE and EA think this is what the Battlefield series has built towards for some time now.

When we think about Battlefield, I think the scale of the game comes to mind first and foremost. These games, and their multiplayer modes in particular, feel overwhelming large. It’s a great experience for fans of shooters because it’s an immersive war experience. Nobody’s arguing that this is like actually going to war. DICE and EA never talk about the experience like that. However, the game’s scale does provide a unique insight to the chaos and horror that takes place in the fight. If you’re excited about the new game, then be sure to mark July 22 on your calendar. EA Play is going to provide more insights into the upcoming release.

The Battlefield 2042 reveal trailer and release date event kickstarted a crazy week in gaming. Be sure to keep visiting Comic Years all week long as we tackle Summer of Games, E3, and all the amazing reveals coming this week. As far as Battlefield 2042 goes, let us know your impressions in the comments!