There is nothing like a moment in mobile gaming where everyone is in on the fun. Words with Friends saw people who barely liked to use their smartphones playing against people all over the world. Why are mobile multiplayer games so popular? Firstly, there is something to be said about simplicity. If the game is basic and easy to understand, then it will likely do better. Secondly, it needs to be something everyone can access. Apple Arcade is slowly growing in subscribers following its recent release. As more people join, Apple Arcade multiplayer games will become a hot topic of conversation. Start practicing these five amazing titles now to get ahead of the competition. 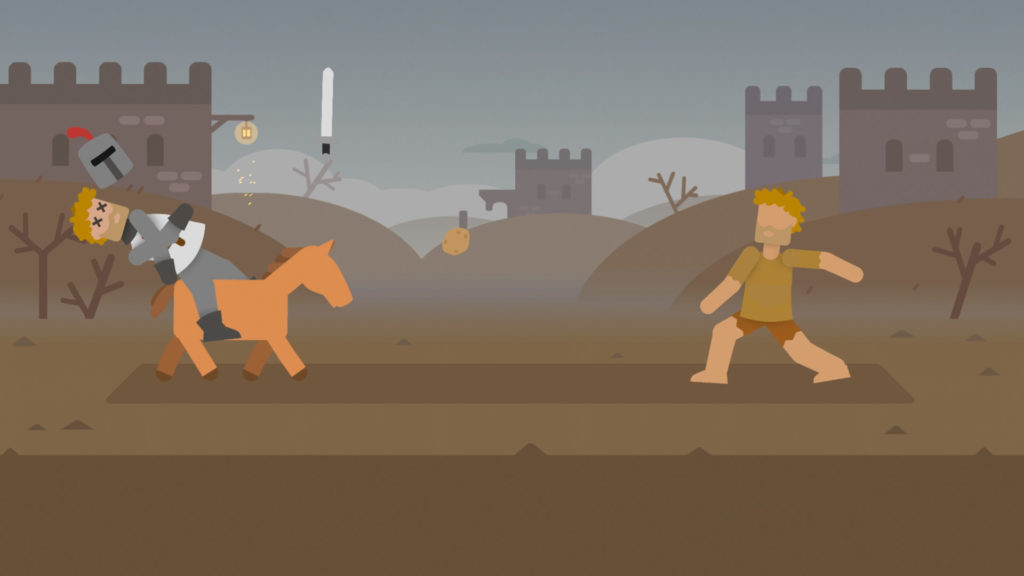 Of all the amazing video games that debuted in September and October, Apple Arcade has a ton of the best games releasing right now. The new subscription service Apple Arcade features a number of multiplayer games, but is not out for Macbooks and Mac computers. That being said, mobile players can get a head start now on getting stronger ahead of the competition that is soon to come from desktop gamers. Here are 5 great titles to practice now in the Apple Arcade library.

It’s not hard to believe LEGO is in on the Apple Arcade multiplayer games rush taking place now that the service is live. LEGO Brawls is a game that is very much in the vein of Super Smash Bros. The title is essentially brick-building chaos as players combine their powers and gear against each other and online enemies. There is a fun appeal to it that other popular kids titles have. Largely, the game is focused on being fast paced and full of insane moments. Apple Arcade to this point is in need of a brawler, and LEGO Brawls is a great way to kick things off with a friend who also subscribes. Plus, play with kids and younger family members as well!

Sports Title with a Twist – Cricket Through the Ages

Look, I’ll be the first to admit that I don’t know a thing about cricket. It’s sort of like baseball, but also not at all. There are elements of other sports as well, but when I watch it, I don’t understand a thing. I’ve actually picked up some rules playing the next entry in our Apple Arcade multiplayer games list, Cricket Through the Ages. There are some very literal aspects of the name of the game. Yes, this title is about the game of cricket. Better yet, you will play cricket at various points in history. That’s not just points of time where cricket was popular, but literally all times throughout history, reality be damned.

The game is great for short bursts of playtime, thanks to a single button interface. Plus, it’s all physics based, making it possible to turn a single hit into some crazy mayhem. You end up playing a lot of minigames as well, including axe throwing, jousting, and some weird moments where you battle unexpected enemies. If you enjoy sports games at all, then Cricket Through the Ages is worth a download.

Sonic Racing All Stars made its return this year to console. It’s also now the best racing game in the Apple Arcade Multiplayer games roster. With 15 tracks and a ton of fun characters, the game is just as great as you’d think. Compared to another racing game that came out recently, it leaves its competition in the dust. What Mario Kart Tour lacks in just about everything, Sonic Racing is a great port to a very playable and fun game. Controls feel natural, which is something you can’t say about every racing game on mobile devices. Not to mention, it’s fun and easy to team up or race friends online. Overall, Sonic Racing is a must-download for multiplayer games on the new service.

If the name of this next game sounds familiar, you’ve probably seen it. A popular retro styled arcade racing game for the PS4, Super Impossible Road is a futuristic racer with old school controls. With the ability to race others online or play missions in a Career Mode, the game is full of fun moments and amazing visuals. As you race literally in the vast emptiness of space, planets and stars provide a backdrop to your tracks that span light years at times. For a great game that might be a little hard to put down, you’re looking for Super Impossible Road. 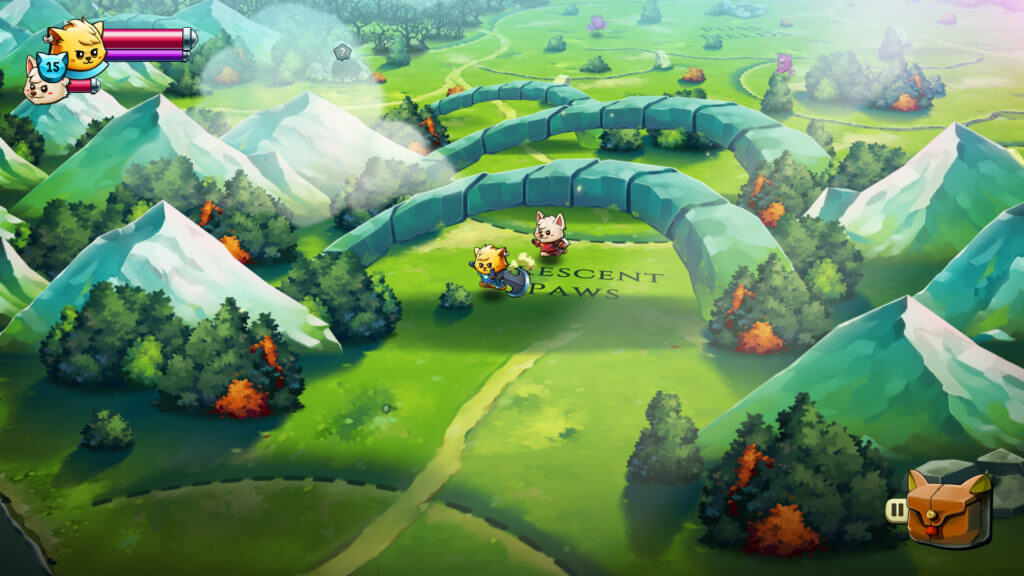 A lot of popular mobile games feature a similar outline. You might start a new game and recognize some things like general game style and mechanics. Cat Quest II is unlike anything else in mobile gaming right now. Using an action RPG hybrid model, the game is a multiplayer juggernaut of fun moments to be had with friends. As you play the game, your cat and dog characters take on insane enemies, work together with other players for new gear, and stay cute literally the whole time.

It’s tough to put this one down for two reasons. Firstly, the game progresses so naturally you can lose a few hours without even paying attention. Secondly, it’s not difficult to pick the game up and get the gist. Some mobile titles rely on complex mechanisms to get the game to be “good,” when really all it does is turn players away. Cat Quest II is easy to start, but tough to master. Work together with friends for the best overall experience.

Where Can I Play Apple Arcade Multiplayer Games? 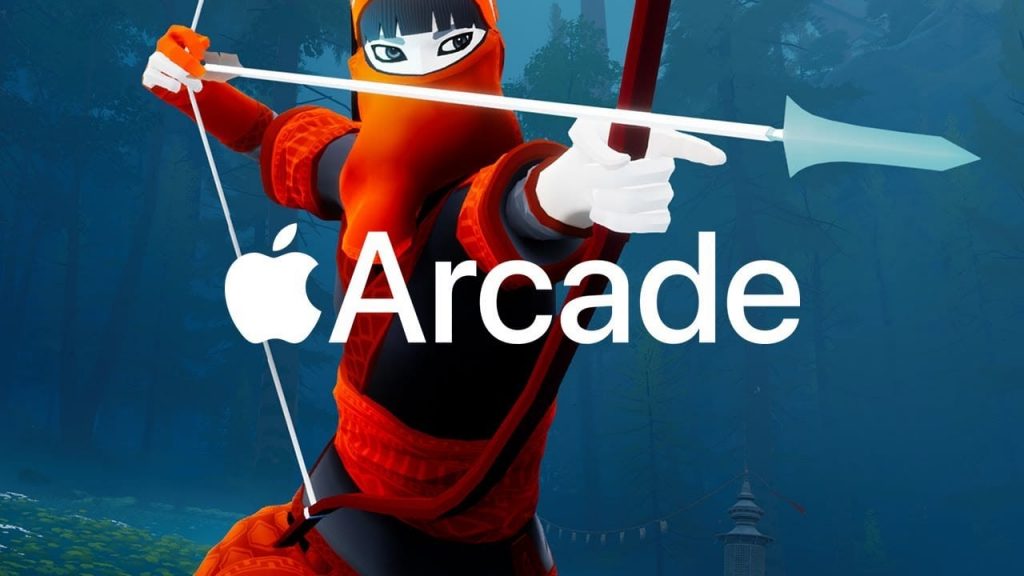 As of now, Apple Arcade is available for iOS devices like iPhones, iPads, as well as Apple TV devices. The service will be coming to Macs and Macbooks later this year, but there is no official date. The service is $4.99 a month, but if you are on the fence, you can try the subscription out in its entirety for one free month. Want to see more reviews of Apple Arcade games and best of lists? Let us know what you’d like to see in the comments. Keep reading Comic Years for the best content in gaming, comic books, pop culture, and beyond!

Brandon Routh Is the Kingdom Come Superman, but What Does That Mean?
Tom Holland Saved Spider-Man in the MCU by Reaching Out to Disney and Sony Executives