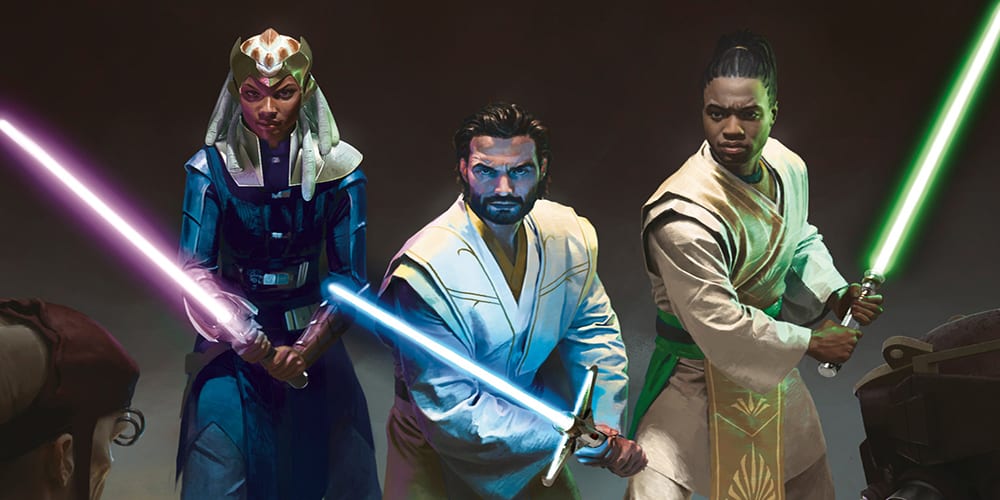 I’m consuming as much High Republic as possible. I love the new venture for Star Wars and Disney and its immense possibilities regarding the new timeline. There’s a new way to view both the Jedi and the Force in this golden age. While the Jedi are seemingly at their peak power and influence, things aren’t really going all that well. Despite major projects underway to unite the galaxy, politics and powerful adversaries hold back the Jedi. In the first of three novels to kick off The High Republic era, Light of the Jedi, we saw some of the strengths and weaknesses of this new approach to Star Wars storytelling. While enjoyable, the sequel enhances the struggles of its predecessor while picking up some sloppy habits. Let’s dive into this review of Star Wars The High Republic: The Rising Storm and explore what’s good and what’s not so good.

Who Doesn’t Love a Good Fair? 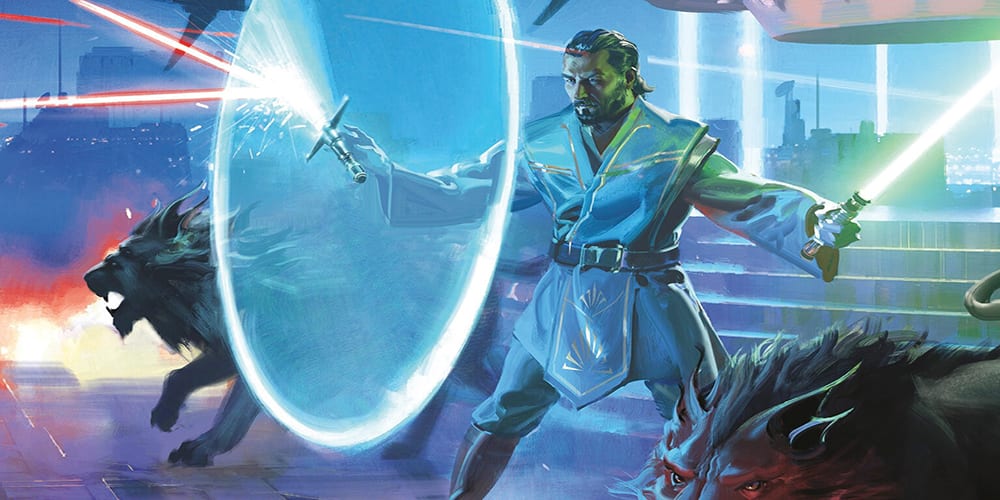 Spoilers are going to be kept to a minimum in terms of plot. That said, this review does cast some commentary on the effectiveness of the story overall.

Summer is county fair season here in the United States. In a galaxy far, far away, a different kind of fair is being held. The Republic Fair is one of Chancellor Lena Soh’s Great Works. In an effort to unite the galaxy behind this expanding Galactic Republic, Soh is overseeing major initiatives to bring people together. Not everyone is on board; even members of her political machine are pushing back on what effect these grand gestures have on the galaxy when more pressing issues are at hand. While the political side of Star Wars novels usually appeals to me, the dialogue surrounding ideological tensions in The Rising Storm never quite lands smoothly. Unlike Claudia Gray’s writings on Princess Leia ascending to political power, Soh and her detractors seem more or less on the same side rather than a sign of internal divide.

As Emily laid out in her review of Light of the Jedi by Charles Soule, there are a ton of characters in these High Republic novels. Many of the names from the past novel return. The notable missing role-player is Avar Kriss. While the Jedi leader played a huge role in the past book, she’s relatively miniscule in this new plot. It’s a misstep in my eyes because Kriss is one of the few characters who stood out to me in Light of the Jedi. There’s more of her in the Marvel Comics releasing now, but I’d rather she had a bigger role in this novel.

I’m far from the most passionate fan of the Star Wars novels but I’ve read enough to know what isn’t working here. Before we dive deep into my main criticisms, I want to say this: I still generally enjoy these stories. The books, be it the High Republic Adventures comics or the YA novels like A Test of Courage, satiate that never-ending Star Wars itch I have. That said, some limitations we saw in Light of the Jedi definitely reemerge in The Rising Storm.

The main concern I have with both books so far is the vast number of characters. With many subplots seeking to build the Jedi, Nihil members, and the role the Force plays in these conflicts, nothing gets the time it needs. The focus of building a connection to a handful of these characters would be preferable to the way we barely know the lot of them.

One element of Light of the Jedi that made the massive amount of characters work at first was the intro section of the book. A giant cataclysmic event tied everyone into a singular goal quite well. In The Rising Storm, we don’t get that moment that says “this is what Star Wars The High Republic” is all about. Cavan Scott’s writing is solid, but lacks the same sort of plot pacing that the first novel did.

One character who gets a ton of attention this time around, Elzar Mann, shines brightest among the cast. With dark-side tendencies in his use of the Force and a general disdain for the life constraints of a Jedi, Mann is interesting and worth exploring further. I’d just prefer it wasn’t in between a dozen other small stories. 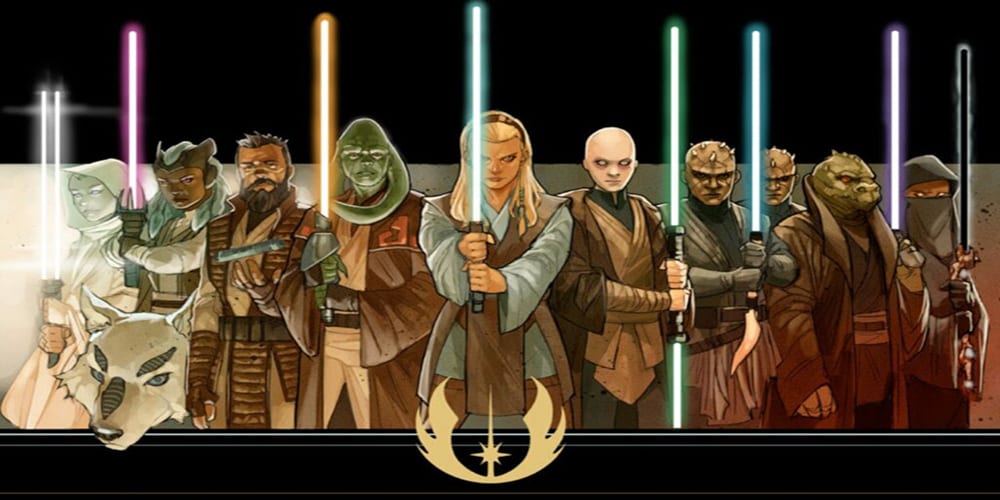 A decent end around a somewhat promising setting fails to result in a compelling story. I don’t particularly love the approach the first two High Republic novels take in exploring the Jedi epistemology in this era. A smaller scope of characters and their development would serve the series well. Furthermore, bright moments in The Rising Storm are too scarce to say that this drives my anticipation for the third novel in this introductory trilogy.

That said, I’m a simple Star Wars fan. Give me content in this universe and I’ll consume it. It’s disappointing we haven’t had that really great entry in this period of stories yet. The best might still be to come, but it will need some major tweaks to the approach to happen.

Star Wars The High Republic: The Rising Storm is available now wherever books are sold.

The Armageddon event on The Flash is a new (and old) kind of CW crossover. Whereas crossovers in the past have been all about the ensemble, these are still individual episodes of a single series. […]

Do you and your family have a set of seasonal movies that you watch on every holiday, without fail? Maybe you have How the Grinch Stole Christmas or Home Alone for Christmas, or A Charlie Brown Thanksgiving for, well, Thanksgiving. […]

Director Bong Joon-ho has had his name in the media an awful lot recently. Parasite, a film which the South Korean filmmaker directed (and we reviewed), produced, and wrote, won Best Picture at the latest Academy Awards […]