Home » COMICS » Marvel » Carrie Harris on Xavier’s Institute: Liberty and Justice for All and Her Love of X-Men

Carrie Harris on Xavier’s Institute: Liberty and Justice for All and Her Love of X-Men 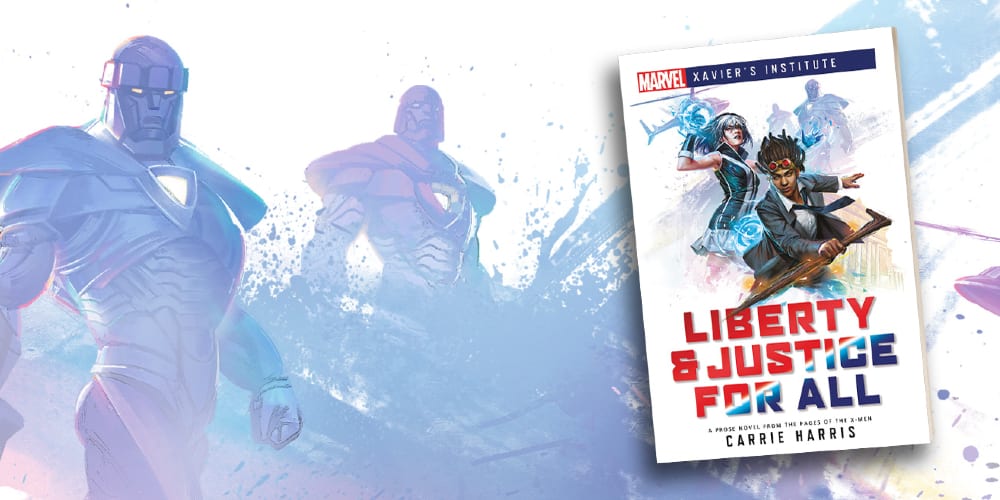 This week, we got the release of Aconyte’s newest Marvel prose novel, Xavier’s Institute: Liberty and Justice for All, by Carrie Harries. The novel focuses on two students that Brian Michael Bendis created during his Uncanny X-Men tenure. In fact, the novel takes place between the issues of his run. Liberty and Justice for All takes two characters we rarely see and makes them stars that you’ll want to see much more. Who thought Tempus and Triage had so much to offer? Well, aside from Carrie, that is.

And Carrie Harris joined us for an interview, diving into how Xavier’s Institute: Liberty and Justice for All developed. Of course, we also had to ask what comes next. Thankfully, we probably haven’t seen the last of Harris’s Xavier Institute novels.

Comic Years: Xavier’s Institute: Liberty and Justice for All occurs during a very specific time in X-Men history, after Avengers Vs. X-Men, when Beast brings the original X-Men to the present. In fact, it seems to take place right after Uncanny X-Men #7, by Brian Michael Bendis and Frazer Irving. What made you pick this particular time and era? 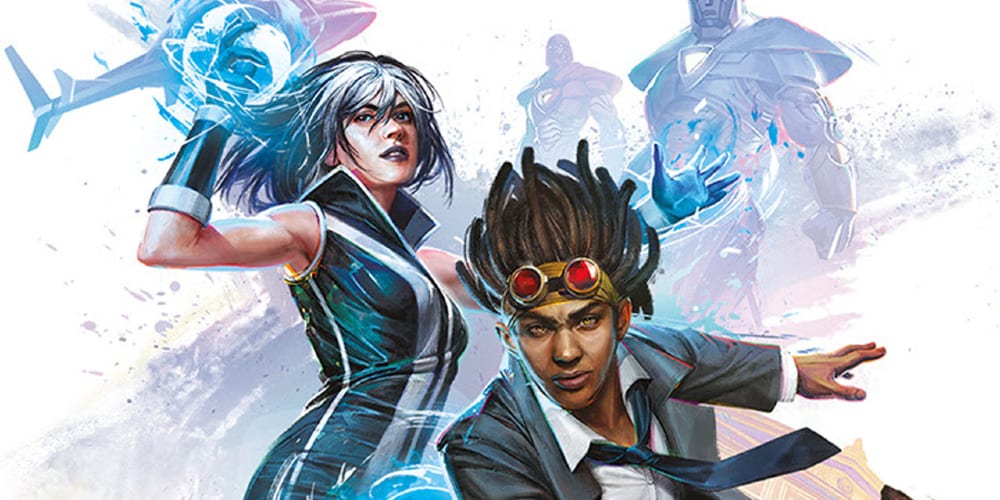 The stars of Carrie Harris’s novel, Tempus and Triage! (Image: Xavier’s Institute: Liberty and Justice for All, Aconyte Books)

Carrie Harris: Uncanny was my first X-Men comic, so it was one of the first options I thought of when I learned that this series would happen. This part of the X-Men timeline is really interesting—the Institute has fragmented, and mutants are really in a what-the-heck-do-we-do-now kind of situation. There are also many students during this time period who haven’t gotten a ton of page time, and I love seeing some of my favorite X-Men characters in unexpected teaching roles. So there was a lot to work with here.

Comic Years: In the current comics, Tempus hasn’t been seen a lot but plays a major role as one of “The Five,” resurrecting mutants—along with her Uncanny teammate Goldballs (or Egg, as he’s now called). Triage, sadly, hasn’t been featured at all. Why did you want to tell a story focusing on these two under-the-radar heroes? 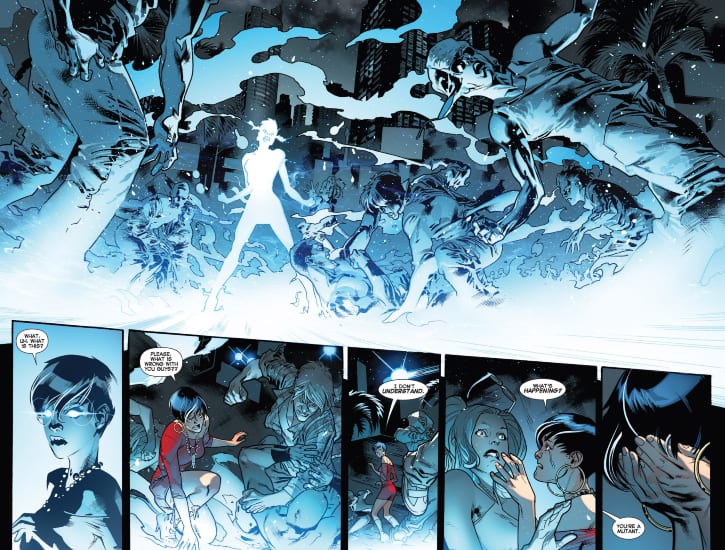 One of the directives that came from Marvel was to focus on characters who haven’t gotten their time in the spotlight. My idea was to take some characters that die-hard comic fans would know and combine them with well-known characters. The idea was to hopefully create something interesting for comic nerds like me while still being accessible to people who saw a Marvel movie once. I also think that writing in prose rather than comic form allows us to explore characters with less obviously combat-oriented mutant abilities. In comics, we see a lot of the likes of Storm and X-23 because they’re just so powerful, and in visual ways. But in prose, we can explore what it’s like to be the healer and the time manipulator, and give them a chance to shine.

Comic Years: By the way, you really make us love them—I want to see more of them! Are there other unsung heroes you want to explore? 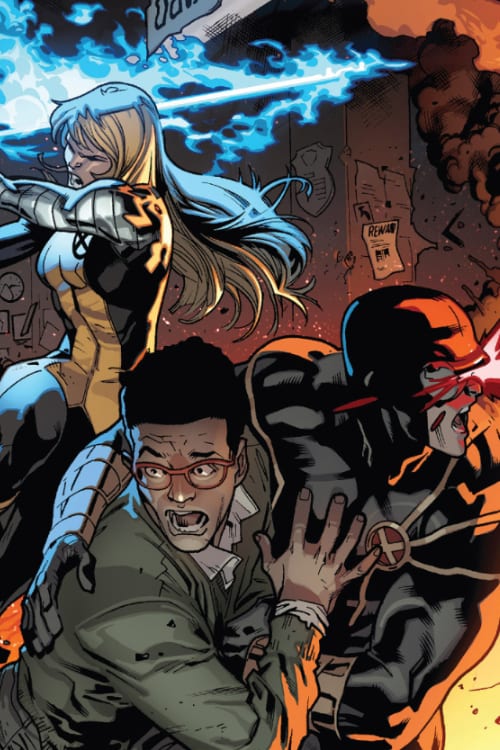 Carrie Harris: I’m so glad! I adore both of them for different reasons. And yes, there are probably too many to name, but a couple that come immediately to mind are Cypher and Dazzler. I think writing Cypher in prose would be particularly interesting because you could explore his language abilities in a very different—and arguably deeper—way than you can in a comic. As for Dazzler, who wouldn’t want to spend a little time in the head of a one-woman-rave?!? She’s more powerful than she gets credit for, darn it.

Comic Years: You also bring in Sabretooth and his son, Graydon—and we get some really tender moments. At least, as tender as Sabretooth can get. This was also unexpected, but the combination of the four characters worked so well. How did you decide on using Sabretooth and Graydon?

I decided on Sabretooth first for a very specific and detailed reason—I adore him. I wish I could say that there was some deep comic-level link, but including Sabretooth was me indulging my wildest X-Men fan dreams, and that’s it. Also, I love that he’s a bad guy who has no desire to be redeemed, but there are these moments in the comics where he allies himself with the X-Men for reasons of his own. That grey area really intrigues me, and I wanted to see him work with some younger mutants, who his instincts would tell him to protect and instruct (as long as it doesn’t interfere with what he wants, of course). To make that happen, I had to come up with a motivation that would push Sabretooth out of his comfort zone, and who better to do that than Graydon?

Comic Years: Are you reading the current comics? If so, what do you think of the Dawn of X era? 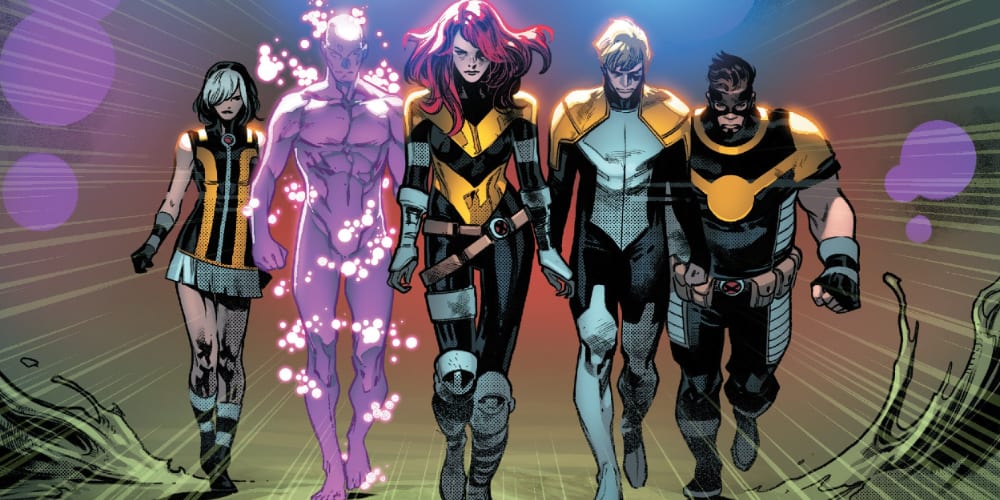 Tempus is now one of the Five—the team responsible for resurrecting mutants. (Image: House of X #5, Marvel Comics)

I definitely read the comics, although I’m behind. I had to transition to reading digital because I was running out of space! And that means waiting until stuff is available on Unlimited. Also, if I read all of the comics I want to read, I’d never write a word, so I tend to binge a ton of issues between projects. I’m due for another binge now, in fact!

But overall, I love the new questions that Krakoa brings to the X-Men. For years, they’ve been searching for a place where they belong, and now they have it. The question of what they do with it is super interesting, and I love that Dawn of X is taking the story in a variety of directions that put groups of mutants together in new and interesting ways. I’m here for that, all the way!

Also, I knew Goldballs would be important from day one. His power was too hilariously awesome for him not to be. I KNEW IT.

Comic Years: Ultimate fan question time: If you could write an X-Men ongoing series, who would your lineup consist of?

I could write an entire interview just on this question. I mean, really, who doesn’t want to fan-cast their own X-Men lineup?!

I’d pick Kitty Pryde because she was my favorite when I was a teenager. Then Dazzler, because like I said before, she’s awesome. It would be interesting to put Rogue with the two of them because of the love-hate history there. And then, since I’ve got a good start to a new women-only team, I’ll go with Blink, Tempus, and X-23, because each of them has interesting gaps in their histories, and it’s such a great, diverse combo of powers. It’s not exactly possible due to the current state of the universe, but if I’m going to dream, I might as well dream big, right?!?!

Comic Years: Diving into such a specific timeframe shows that you really love this franchise. How did you discover the X-Men? What made you fall in love with them?

I became an X-Men fan like many people in my generation—I was addicted to the cartoon. My little town didn’t have a comic store, but my local bookstore stocked one single spinner with random comics, so I picked up what I could. I loved that the X-Men felt like real people. They weren’t all princesses or billionaires or aliens. I used to create elaborate stories where I became a team member, and I fit in just fine. I loved that, and I still do. Despite all of the crazy mutant abilities, the Sentinels attacking at every turn, and so on, the X-Men feel like real people underneath it all.

Comic Years: Is there an X-Man that you identify with the most? For me, it’s Beast. Even as a kid, I knew I’d grow up to be big and harry, with a love for great literature. Something tells me you didn’t have the same experience. 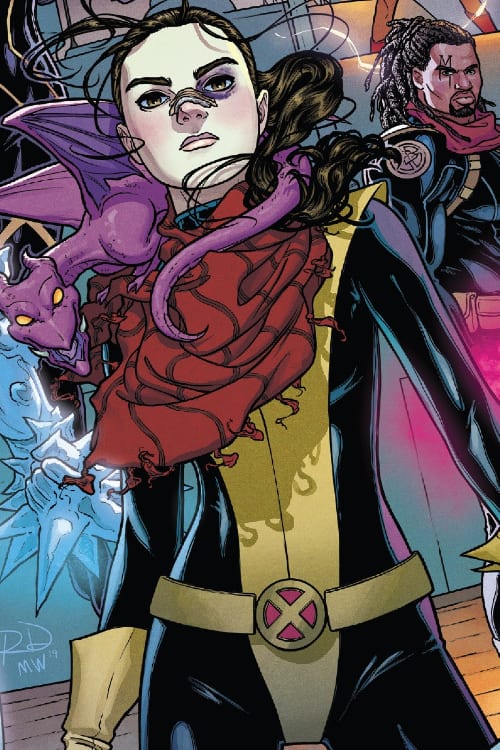 Hah! I love Beast, but he’s definitely not my Patronus. For me, it’s definitely Kitty. I identified with her as a teenager, and I love the fact that she was allowed to grow up–into a kick-butt pirate, no less! (I’d love to become a pirate. You hear that, universe?) I love that she’s a character who came into her own and fought for everything she has, despite being underestimated at the start. And she’s a good person, but she’ll go to war for the people she loves.

Comic Years: How did you connect with Aconyte books?

I used to work in the game industry, and the fine people at Aconyte were looking for game tie-in writers. I’ve done quite a bit of that, so we discussed a few game-related projects that didn’t get off the ground for various reasons. Right around that time, they announced their partnership with Marvel, and I begged them to let me pitch. I knew from moment one that I wanted to write for X-Men, and I’m so lucky and grateful that they said yes.

Comic Years: Xavier’s Institute: Liberty and Justice for All is excellent, and I hope we see more Xavier Institute books from you! Do you have any plans for more?

That’s so kind of you to say! I figure if people have half as much fun reading it as I did writing it, they’ll like it, because I had a blast. I’d love to write more of them, so please keep your fingers crossed for me!

Comic Years: Along with Xavier’s Institute: Liberty and Justice for All, Aconyte has some great Marvel books. Any titles that you love, or are looking forward to? 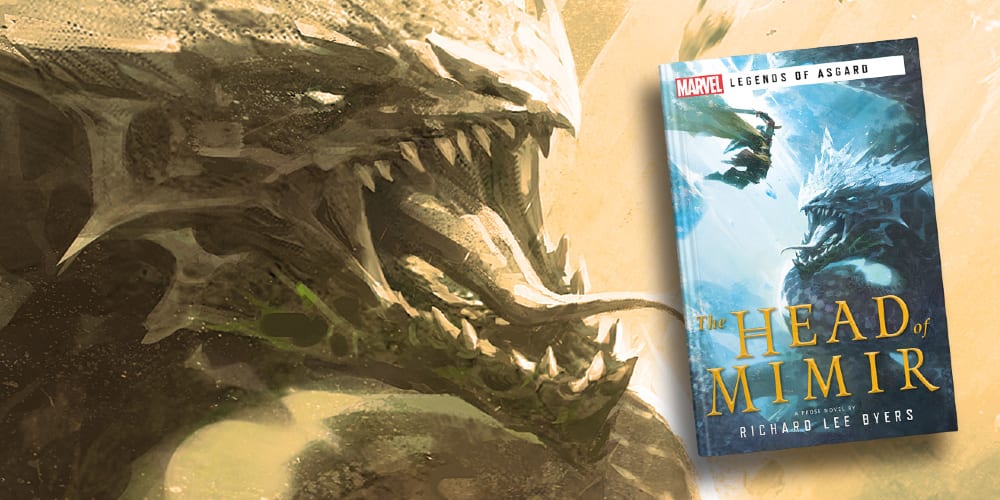 Is it a copout to say “all of them”? Because I’m psyched about each of them. There’s a Domino book, and I’m instantly in where she’s concerned. I’d read about Domino going to the supermarket if it came down to that. The first book in the Asgard series (Head of Mimir) has an epic fantasy feel to it. I love that stuff. Plus, you can’t go wrong with Heimdall. And I’m so intrigued to see what happens in the forthcoming Doctor Doom title. I love the idea of making him the star because I’m so used to rooting against him.

So are we! Be sure to check out Xavier’s Institute: Liberty and Justice for All by Carrie Harris for your next read. It’s one of the most fun novels you’ll read this year.