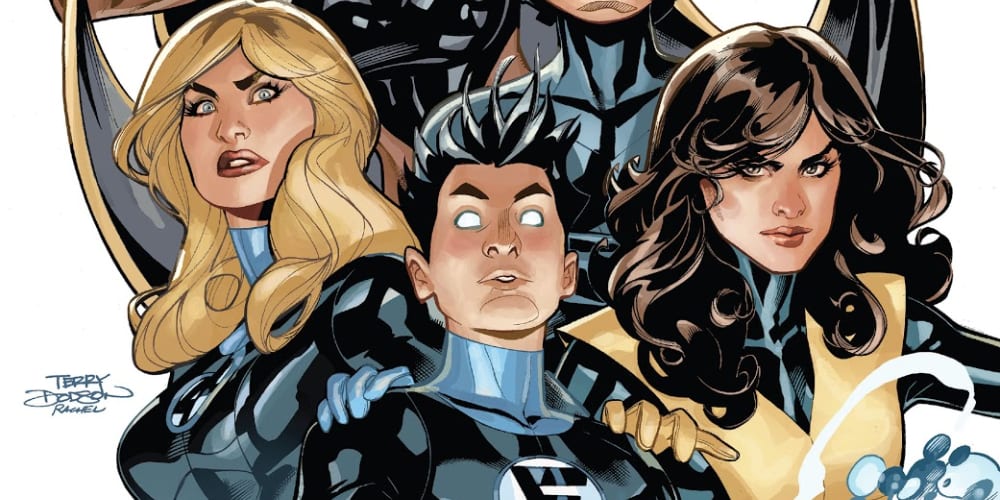 In both House of X/Dawn of X and Incoming, Marvel started hinting towards a confrontation between the X-Men and the Fantastic Four—in many ways, Marvel’s two families. With Professor X starting the new nation of Krakoa, a safe-haven for mutants. As it so happens, the most powerful mutant in the Marvel Universe is Franklin Richards—the child of Mr. Fantastic and the Invisible Woman. Well, this finally happens in X-Men/Fantastic Four #1. Professor X wants Franklin to come to Krakoa and the Richards Family doesn’t want to send their teenager off to a paradise island where one of the rules is, essentially, “make some babies!” But, it’s also not that simple…

So, there’s a little competition going on in X-Men/Fantastic Four #1. Who is the bigger dick? Professor X or Reed Richards. By the end of this issue, you definitely find out (we’ll get to that). At times, both teams seem unnecessarily vindictive to each other. The X-Men’s whole demeanor is basically “you, his parents, have no right to your son.” And the Fantastic Four’s? Well…this line from Ben Grimm sums up their approach: 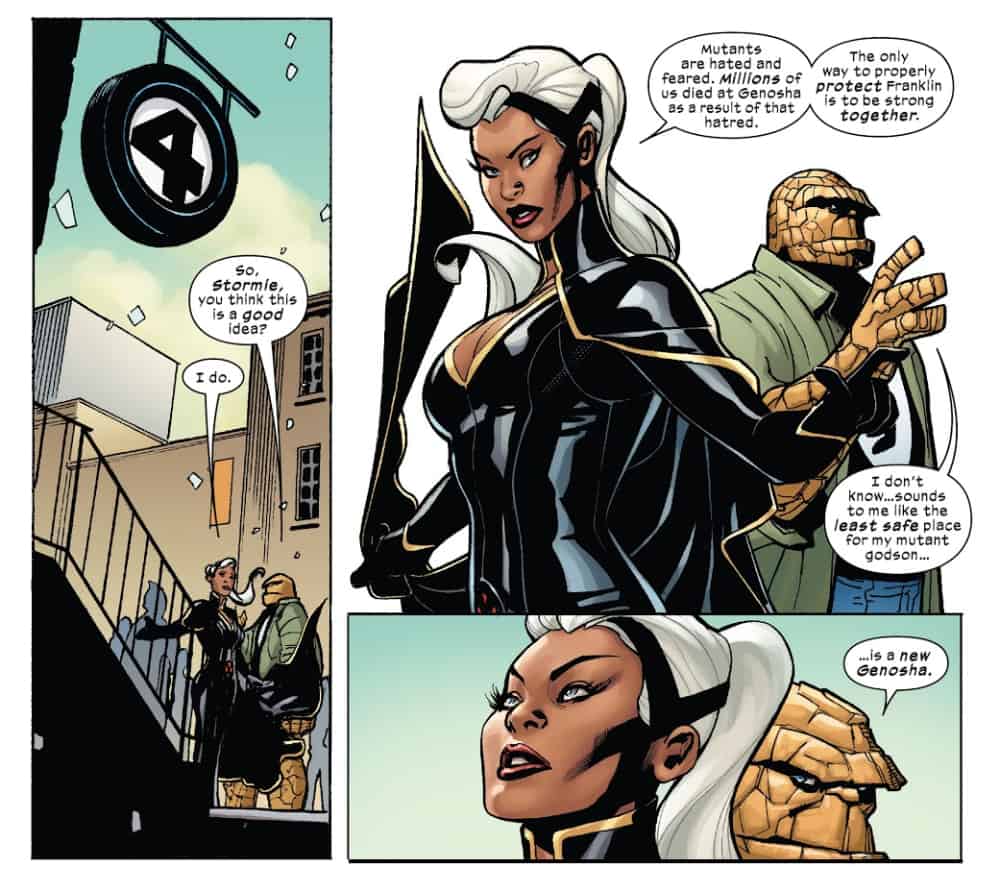 Honestly, this feels a little out-of-character for Ben. Bringing up Magneto’s old island-nation where the sentinels killed hundreds of thousands of mutants? Low blow. But man, does it get worse than that.

It shouldn’t be surprising that Reed wins the prize for “biggest asshole”of X-Men/Fantastic Four #1 Sure, Magneto accused the Richards of putting New York City and Franklin in harm’s way. And yeah, Sue Storm did compare Krakoa’s mutant-only citizenship to segregation. But none of them go after the kid. Actually, none of them even talk to the kid, except for Kitty Pryde. So, what does Reed do that is so messed up that members of both teams unite just to glare him down? When Franklin decides that he’s just going to run through one of the gates, this happens: 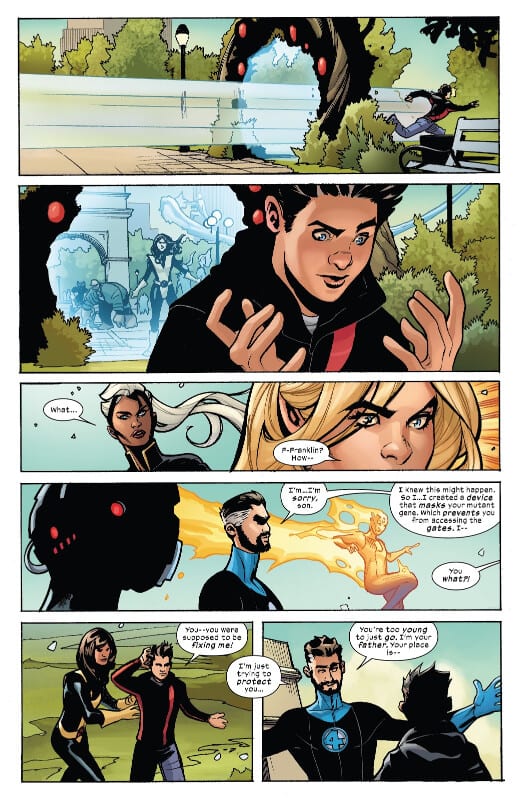 Oh…yeah, he did that. And you can guess how well that goes over.

At its Heart, X-Men/Fantastic Four #1 is Dawn of X’s Young Adult Debut

Most everything coming out of Dawn of X is pretty intense and more on the adult-side. X-Force should probably have an “M” on the front. But between Chip Zdarsky’s writing and the Dodson’s art (with Dexter Vines), we really get a YA book. The focus is on Franklin Richards as he grapples with the fact that his powers are fading. He’s at the age where he knows how the world (or in his case, worlds) work, but doesn’t have the maturity level to know how to operate in it alone. Luckily, he had…Kate Pryde. Honestly, Kate is the only one not only treats Franklin with respect, but talks him through his decisions. She doesn’t try to pressure him or control him. And it ends with basically the way a YA superhero comic should end: 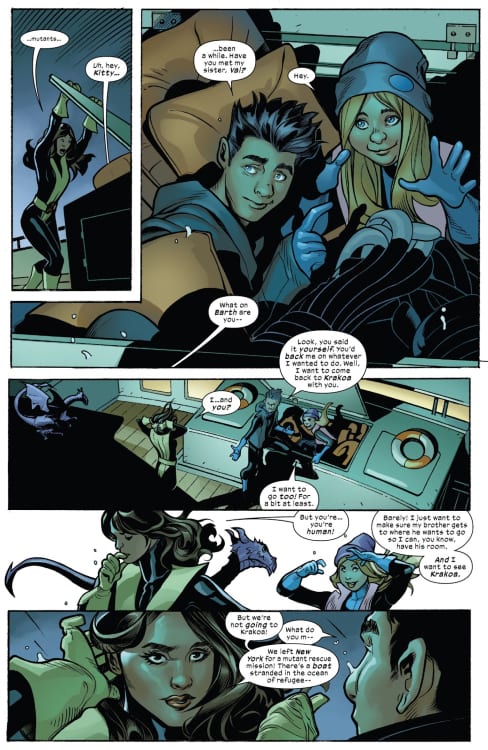 John Krasinski Wants To Be Mr Fantastic, And We Think That’s Fantastic
A History Of Huntress, One Of The Birds of Prey