X-Force #13: X of Swords Chapter Four Makes It Worse for the X-Men 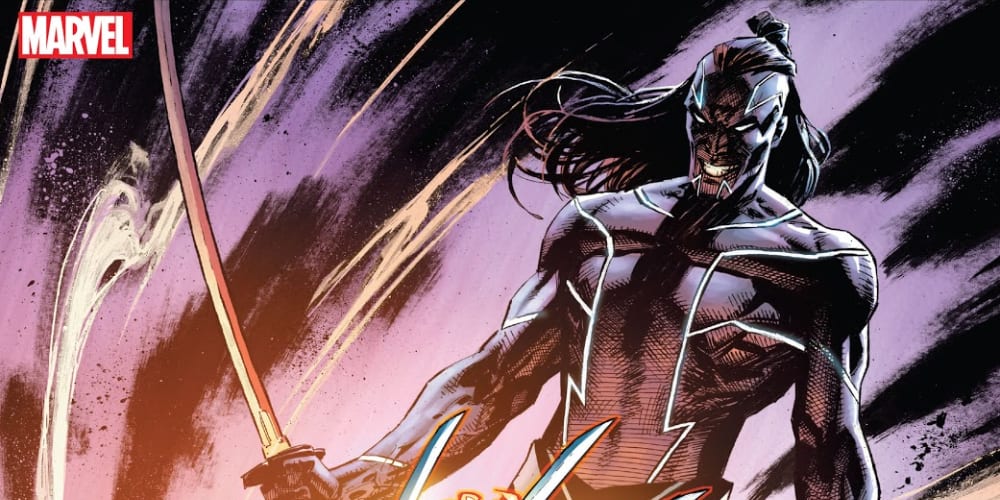 When we last saw Wolverine, he was down to his skeleton, climbing out of a pit of lava in Hell, reaching up towards Muramasa’s soul. Both Wolverine and Solem, the new villain coming out of Arakko. The Muramasa quest that started in Wolverine #6 concludes in X-Force #13: X of Swords Chapter Four. However, for Wolverine, getting his Muramasa Blade is the least of his problems. If he survives X of Swords, he’s going to have Hell to pay—literally. 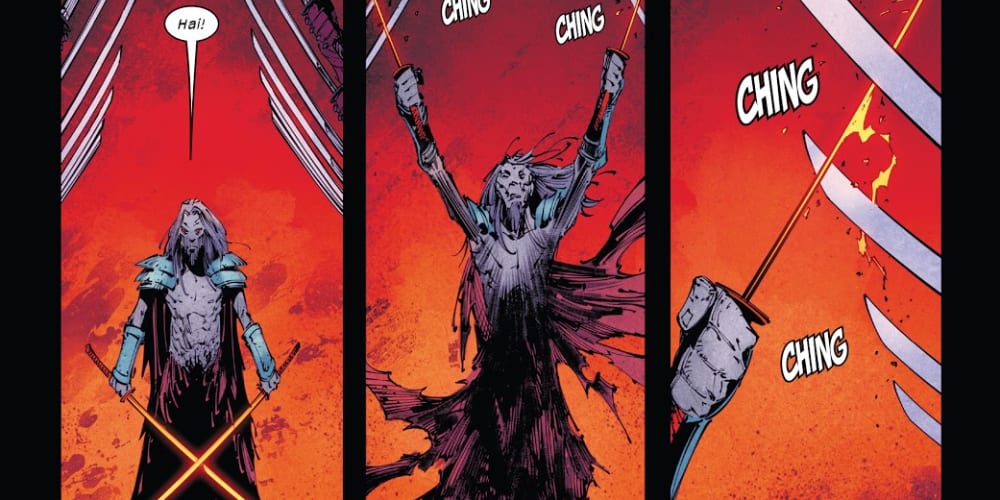 How many of you heard Théoden’s Peleanor speech when they saw this? Just me? (Image: X-Force #13, Marvel Comics)

When Saturnyne made her deal with Arakko and Krakoa, naming the twenty swords, only 19 different ones were declared. One sword, the Muramasa Blade, was named twice. However, the Muramasa Blade that Daniel Way made famous in his Wolverine: Origins run doesn’t even exist anymore, let alone two. In Wolverine #6: X of Swords Chapter Four, Logan found Muramasa in Hell, already in the process of making a new sword. So, in X-Force #13: X of Swords Chapter Four, we find out why he needs to make two.

When Wolverine battled the Hand to get into Hell, he rips the mask off one of their ninjas to find something more demon than human. When Wolverine and Solem sneak their way into the Beast of the Hand’s lair, there’s a wedding in process. Yay! Who’s getting hitched? The lucky groom is a Hand assassin. And his blushing bride to be? A demon from the pits of Hell. Such a cute couple. And Muramasa’s wedding gift? A pair of matching death swords.

Solem and Wolverine Team-Up, Revealing Solem’s Nature as a Warrior 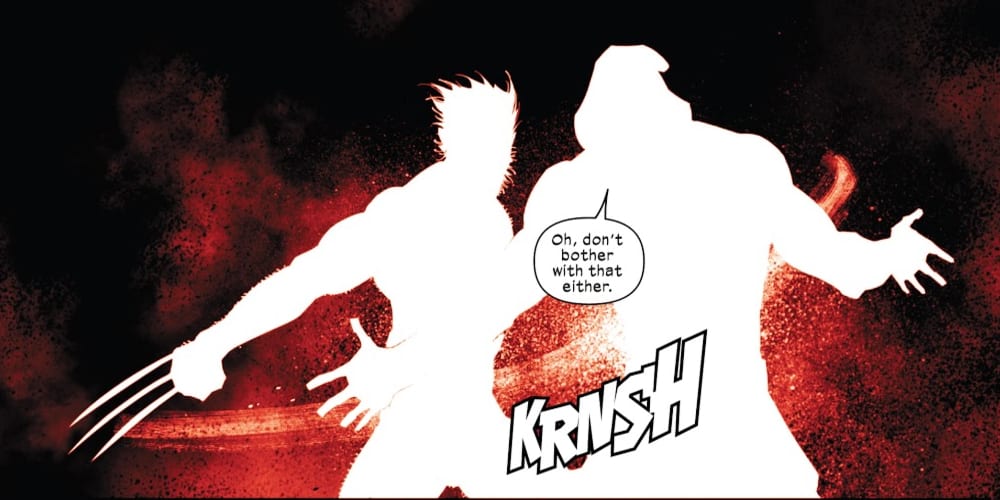 Of course, they have to try to kill each other first. (Image: X-Force #13, Marvel Comics)

As said before, Wolverine and Solem sneak into the Beast’s lair—a total hero’s journey thing to do—to get the Muramasa Blades. They do this together out of necessity. To compete in the tournament of swords, they need…swords. They just have to go through an army of ninjas and demons and the Beast to get them. Wolverine is apprehensive, as he should be. But Solem is having a great time with this forced partnership.

It’s here that we really see what Benjamin Percy meant when he said that Solem is Wolverine’s Loki. Solem finds himself holding both swords while Wolverine ends up with his throat nice and cozy in the Beast’s demonic grasp. And Solem? He’s delighted. He could let Wolverine die, but he also really wants to participate in the tournament. So he offers Wolverine one of the Muramasa blades, but at a price. One we don’t yet know. This is a classic trickster move, exploiting the predicament of someone for future gain. This moment is going to come back to bite Wolverine in a bad way. 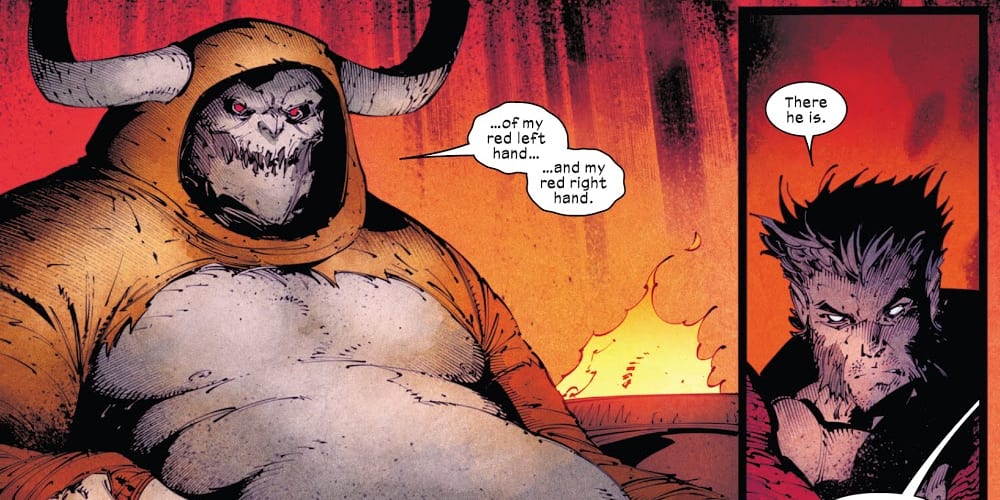 How did Viktor Bogdanovic find a picture of me before coffee?!?! (Image: X-Force #13, Marvel Comics)

We don’t know what the cost of Wolverine’s Muramasa Blade is, but we do have other major developments in X-Force #13: X of Swords Chapter Four. First and foremost: what is going on with the Hand? Sure, they always worshipped the demonic Beast, and once even used Daredevil’s compromised soul to turn him into the Beast. But they never embraced Hell like this before, actually merging with the demons. While this took place in an X-Men title, the ramifications could pop up in other Marvel books, especially Daredevil, of course. Another place they can easily show up, with their new demonic nougat centers, is Doctor Strange. However, there is another part to this.

By taking the swords, both Arakko and Krakoa just declared war on the Hand and Hell itself. We know that Wolverine will survive X of Swords, as he’s in several solicitations after the event, and based on Percy’s comments, we know that Solem is also likely to survive. Kind of makes you wonder how, right? We’ve already seen the two work together for a common goal—might we see them, and Arakko and Krakoa alongside, team up to fight this newly powered-up Hand? X-Force #13: X of Swords Chapter Four sets up plenty of potential storylines

However, they’re not the only groups the X-Men have already pissed off, as we’ll soon see.