X-Factor Joins the Dawn of X Era As an Investigation Team—for Hope Summers?

For the past two decades, if there was an X-Factor title, legendary writer Peter David was the mastermind behind it. With Multiple Man leading “X-Factor Investigations”, the team featured Syrin, Monet, Strong Guy, Rictor, Wolfsbane, Shatterstar, Darwin, and Longshot (is that everyone? I think that’s everyone). But now it’s time for a new writer to take over the title. Leading X-Factor into the Dawn of X is writer Leah Williams and artist David Baldeon. And like Peter David’s X-Factor Investigations, they’ve got a brilliant and big lineup for us.

Who Will Be in the X-Factor Team During the Dawn of X Era? This is the biggest lineup outside of Jonathan Hickman’s X-Men, which is literally every mutant ever. On the Investigative team itself, we have Prodigy, Polaris, Rachel Grey, Eye Boy, and Daken, with Northstar as the new team leader. With Northstar, we’ll also see his husband Tyler in a “key role.” However, this team answers to another team. In fact, they answer to the most important team—The Five. Egg (formerly known as Goldballs), Tempus, Elixir, Proteus, and their own leader, Hope Summers. That’s a cast of 12 mutants. But Williams is more than up for the challenge. Ever since Xavier established Krakoa, the “Five” have eliminated one of the peskiest side effects of being a mutant: death. Mutants no longer die, not permanently at least. When a mutant does die, the “Five” bring them back. Until now, the entire idea was taken for granted, but now we’re going to dive into the team dynamic. “We’d already planned on having X-Factor report to the Five for obvious resurrection work reasons,” Williams told Polygon, “but I asked if we could focus a significantly greater concentration on the Five to not only help develop their evolving group dynamic, but also how they come to establish each resurrection protocol.” In X-Factor, Williams will establish “the rules of reincarnation” for the Dawn of X era.

So, What Will Northstar’s Team Do for the Five? Mutants die—it’s a hazardous life. So far we’ve seen a few of them die and come back, including Professor X. But more mutants have died than we know about. So now, before the Five resurrects a dead mutant, X-Factor will go “into the world of murder and missing persons” to determine how they died. This takes Peter David’s X-Factor Investigations into the Dawn of X by changing it from a private eye firm to the Krakoan version of the FBI…the XFI if you will. Between X-Force and X-Factor, Krakoa now has the equivalencies of the two biggest intelligence agencies in the USA.

Williams Has Something Special Planned for the “Data” Pages 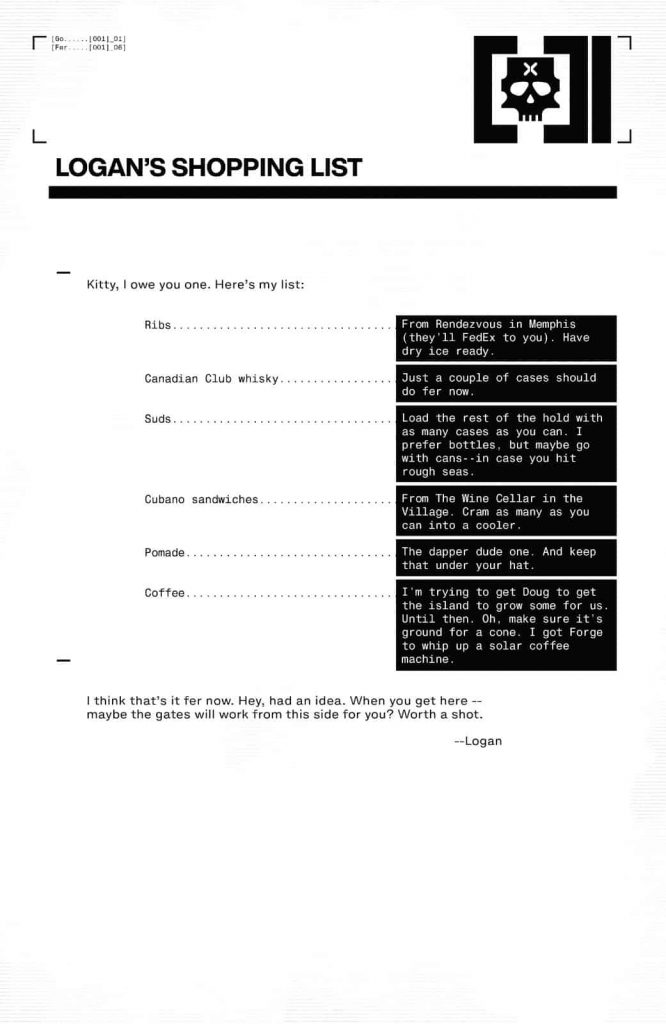 In every Dawn of X title, there are “data” pages. Sometimes they clarify the meaning of something, like a drug, group, or task. Sometimes they reveal communication between people outside of Krakoa. And sometimes it’s just Wolverine’s shopping list. Williams wants to make these pages a little more interactive with the audience. “In X-Factor #1 we present a kind of game via the data pages, and I want to encourage reader participation in figuring it all out because I love all y’all’s questions,” Williams explained. “I made a love letter in the form of our new X-Factor Investigations; which is full of intrigue, action, sexiness, and secret bread-crumb trails for you to find. The entire series is layered with clues about mutant resurrection’s ultimate end-game, but you’ll have to keep reading to figure it all out.”

By the grace of The Five, the resurrection protocols can bring back any fallen mutant. But such a huge enterprise isn’t without its problems and complications… When a mutant dies, X-Factor is there to investigate how and why to keep the rules of reincarnation. Writer Leah Williams (AMAZING MARY JANE, X–TREMISTS) and artist David Baldeón (DOMINO, WEB WARRIORS) take Northstar, Polaris, Prodigy, Eye-boy, Daken and Prestige into the world of murder and missing persons…