Wonder Woman: Tempest Tossed is a Brave New Take on the Amazonian

Wonder Woman: Tempest Is a Brave Departure from the Comic Book Icon’s Mythos 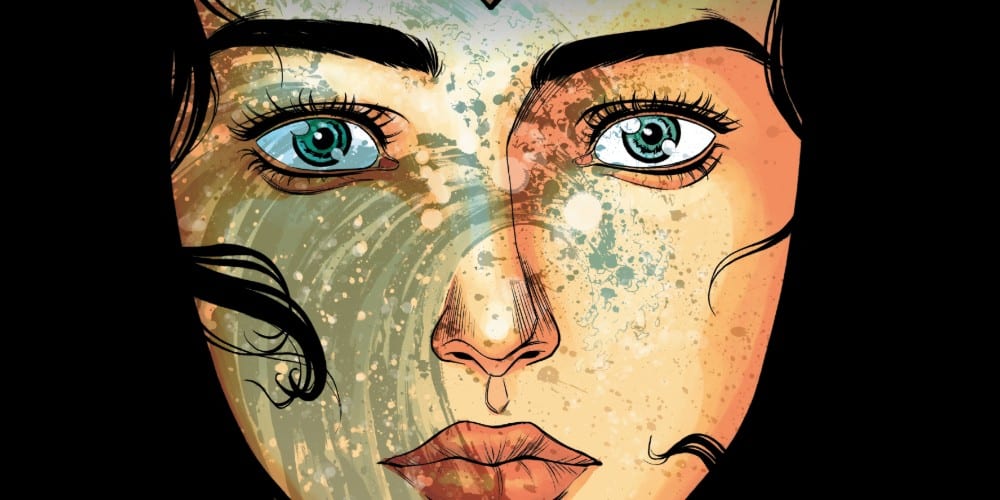 Yet again, DCYA produced another great graphic novel. Wonder Woman: Tempest Tossed is the coming-of-age story Diana Prince deserves. There’s a good dose of Themyscira warriors guiding her, and then a harsh dose of what is happening in the world. Like Superman, Wonder Woman is, to anger the trolls, a social justice warrior. She sees injustice and can’t turn a blind eye. No matter how big or small, she’s going to stand up for justice. What we see in Wonder Woman: Tempest Tossed isn’t how she becomes this kind of warrior, but how she was born that way. 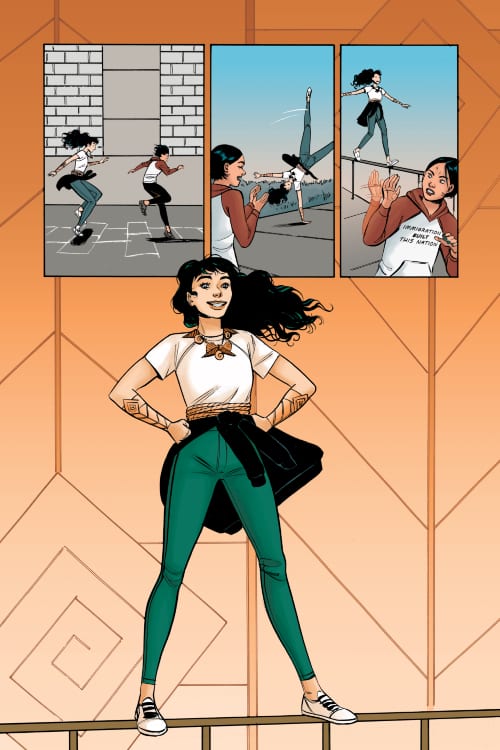 Before we dive into Wonder Woman: Tempest Tossed, let’s take a look at the creators. Laurie Hale Anderson is a well-known YA author. Her novels regularly win awards, but her novel Chains won all of them. Well, okay, not all of them, but it feels like it. Anderson knows how to write teenage voices. And Leila Del Duca’s art captures that youthfulness. Del Duca’s resume is also very impressive. She worked on the series Shutter, The Wicked + The Divine, Scarlet Witch, and American Vampire. They’re the perfect pair of wonder women to write Wonder Woman. 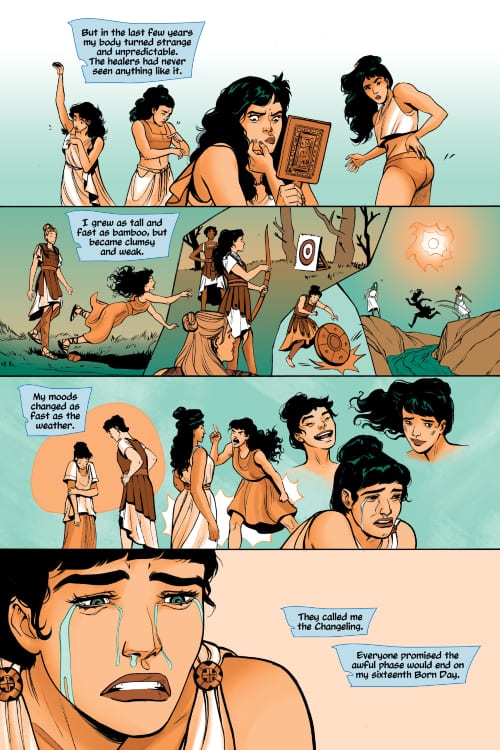 What Anderson does wonderfully in Tempest Tossed is making Wonder Woman not feel like Wonder Woman. Diana is just a 16-year-old girl, regardless of where she comes from. Anderson explores Diana as a teenager, but also as a teenager on an island that has never had someone go through puberty before. They call her a “changeling,” as if she isn’t really human or Amazonian at all. The Amazons have no idea how to handle a teenage girl. The healers make her feel like an experiment while her mother and aunts continuously remind her that she’s weak. They don’t do this in a mean way. They aren’t even aware that they’re doing it. It’s not just Diana’s teenage emotions and psychological changes, but they’re confused by her human biology too.

When Wonder Woman arrives in New York and befriends Raissa, a Polish-American girl living with her grandmother, Henke, in Queens. After Henke takes Diana in, Raissa quickly realizes that Diana’s upbringing was a bit untraditional, wherever she came from. She introduces Diana to amazing things, like tampons, a much better alternative to moss. (I’m wondering if our male or female readers cringed more at that sentence, or if it created a universal “ew” moment). As far as being a teenage, mostly human girl, Diana is much more comfortable in America. She meets other teenagers who are also experiencing the weirdness of being a teen.

Tossed into a World of Injustice, Horror, and Hope, Wonder Woman Finds Her Place

When I looked back at Diana’s character development throughout Wonder Woman: Tempest Tossed, I realized something shocking, and a bold choice for Anderson and Del Duca. When Diana finds herself in the outside world, she’s immediately confronted with a refugee crisis. But that’s not the first time she witnesses injustice. Before she even leaves Themyscira, the future Wonder Woman stands up to authority: her mother, the queen. Refugees lost at sea drift onto Themyscira’s shore. The first thing we see is an Amazonian kicking one of them in the face, then refusing to help children who have fallen off the life rafts. Against her mother’s orders—the queen’s orders—Diana jumps into the raging waters to save the kids and the refugees. 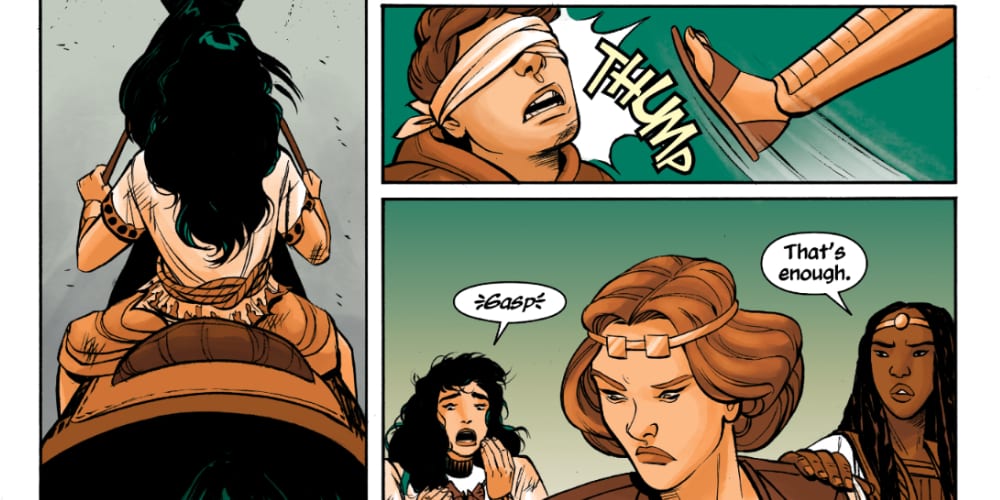 What the–why would you do that?! (Image: Wonder Woman: Tempest Tossed, DC Comics)

This is how she ends up in the Outside world. Instead of meeting Steve Trevor and deciding to leave the island to help fight in a war, she becomes a refugee herself, unable to find her way back to the island. Taking Steve Trevor out (and introducing Steve and Trevor, a married couple) of this narrative gives Diana complete agency over her superhero origin story. It’s no longer a man teaching her about man’s world and convincing her to fight in man’s war. She sees the world for herself and makes her own decisions, with little outside information, about what role she wants to play in the Outside World. And that role? SJWW—Social Justice Wonder Woman.

Anderson and Del Luca Pull Their Punches When Needed, and Crushes Readers the Next

Anderson and Del Duca walk a fine line in Wonder Woman: Tempest Tossed. On one side is “not enough” on the other side is “too preachy.” They handle it well. When we see the refugee camp in Greece, it’s harsh, but for a YA readership, digestible. But when she gets to New York, the injustices are smaller, just more frequent. Kids who can’t afford lunches, homelessness, immigration issues—all issues a regular teenage kid in America is familiar with. After the refugee camp, it feels like its building towards something anti-climatic.

But that’s not what happens at all. Wonder Woman: Tempest Tossed goes into very real, very dark territory, as Diana starts uncovering a child slavery ring right in the heart of Queens. And just to make sure the audience understands what happens in child trafficking, Anderson and Del Duca make it very clear. Raissa tells her that the kids are mostly “forced to have sex.” Following this statement, Del Duca renders the horrors going through Diana’s mind, juxtaposed with children playing in the park right behind her. It doesn’t stop there either. Del Duca takes into the warehouse where a wealthy business developer keeps the children. 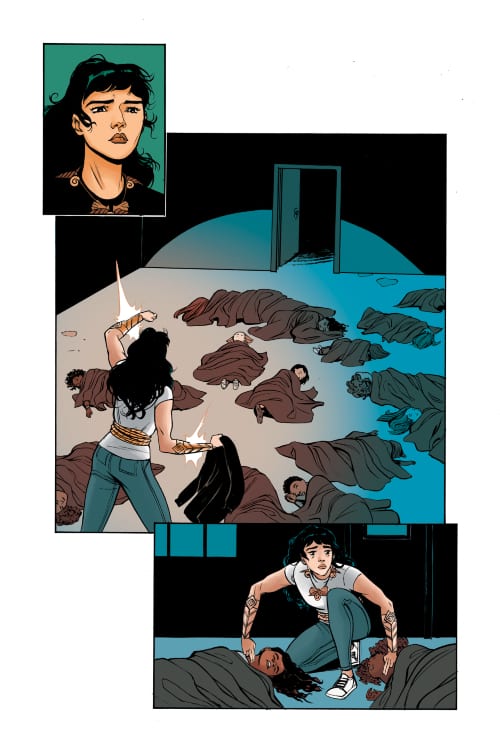 Some readers, or parents, might say that they go too far using these issues. But they don’t. Anderson and Del Duca just use a real horror happening to kids and young adults in a graphic novel for kids and young adults. It would be much worse if they tried to shelter kids from the harsh truths of real-world villainy.

Wonder Woman: Tempest Tossed Is (Another) Fantastic Social Justice YA Graphic Novel. Here’s what DC Needs to Do Next—and Fast 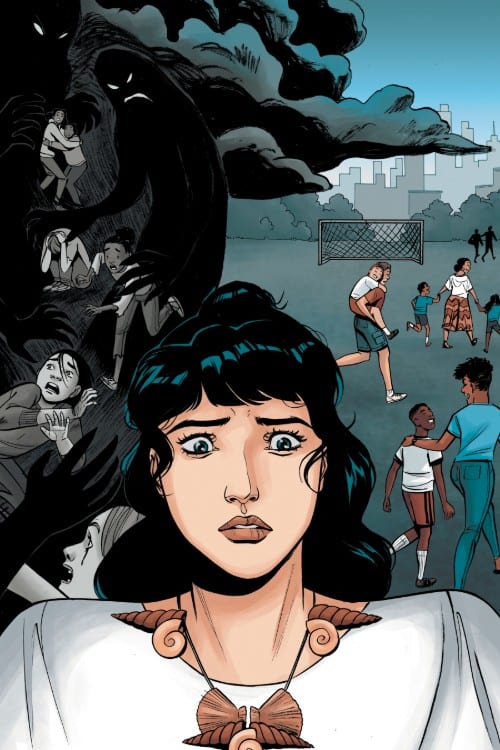 The Oracle Code focused on disabilities. Teen Titans: Raven primarily focused on mental health. Superman Smashed the Klan dealt with xenophobia and racism. Wonder Woman: Tempest Tossed dives into human rights. And the upcoming You Brought Me the Ocean brings LGBTQ issues to their YA line. But with everything going on right now, it’s glaringly obvious what’s missing. Where’s their Black Lives Matter YA Graphic Novel? They have so many characters that would be great for this story. A YA origin retelling of Black Lightning sounds fantastic. Or maybe Kami Garcia will incorporate it into her eventual Teen Titans: Cyborg. With books like New Kid and I am Alfonso Jones, however, we know that there are brilliant Black authors and artists perfect for telling this particular YA superhero story.

While I’ve been impressed with how DCYA incorporates social justice themes into their works, it also makes me see how much more we need. That’s not bad. And DC Comics is tackling it. What I’m asking myself, even more, is “where’s Marvel’s YA Graphic Novels.” Where’s my coming-of-age Iron Man story where he learns about white privilege?  Or the Hulk learning about toxic masculinity? Or Emma Frost discovering the pervasive nature of social monitoring and how the government is spying on us through our smart toasters?!?! Okay, that last one is made up.