Who is King Namor? An Introduction To Marvel's King of Atlantis

Home » COMICS » Who Is King Namor? A Quick Introduction To Marvel’s King Of Atlantis

Who Is King Namor? A Quick Introduction To Marvel’s King Of Atlantis 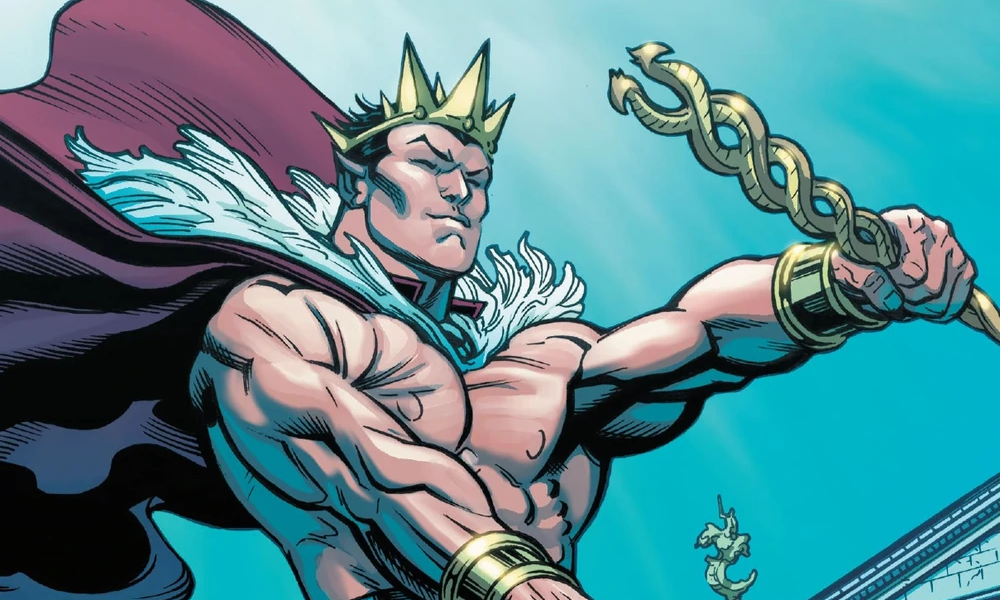 In the recent SDCC, Ryan Coogler formally introduced to us Tenoch Huerta, who’ll be playing Namor in Black Panther: Wakanda Forever. New updates regarding the movie have revealed that King Namor in MCU wouldn’t be coming from Atlantis but Talocan, a kingdom solely created for the film. Talocan is based on the Aztec culture.

Even though the MCU version of Namor is quite far from the source material, let’s quickly dive into who King Namor is in Marvel Comics.

Who is King Namor?

King Namor, also called the Sub-Mariner, was the brainchild of writer and artist Bill Everett, who sold his copyrights to Timely Comics in 1938, and first appeared in Marvel Comics #1 in 1939. Rumors say that Everett created the character because Carl Burgos had created the Human Torch. Everett made Namor, who has aquatic superhuman abilities, to rival the fire-manipulating character.

Everett calls Namor an “ultra-man of the deep (who) lives on land and in the sea, flies in the air, (and) has the strength of a thousand (surface) men.” Sources say that Everett was inspired by Samuel Taylor’s Coleridge poem The Rime of the Ancient Mariner. And in the book The Steranko History of Comics, Everett reveals that he “called him the Sub-Mariner after the poem,” and for the name Namor, he “simply spelled ‘Roman’ backwards.” 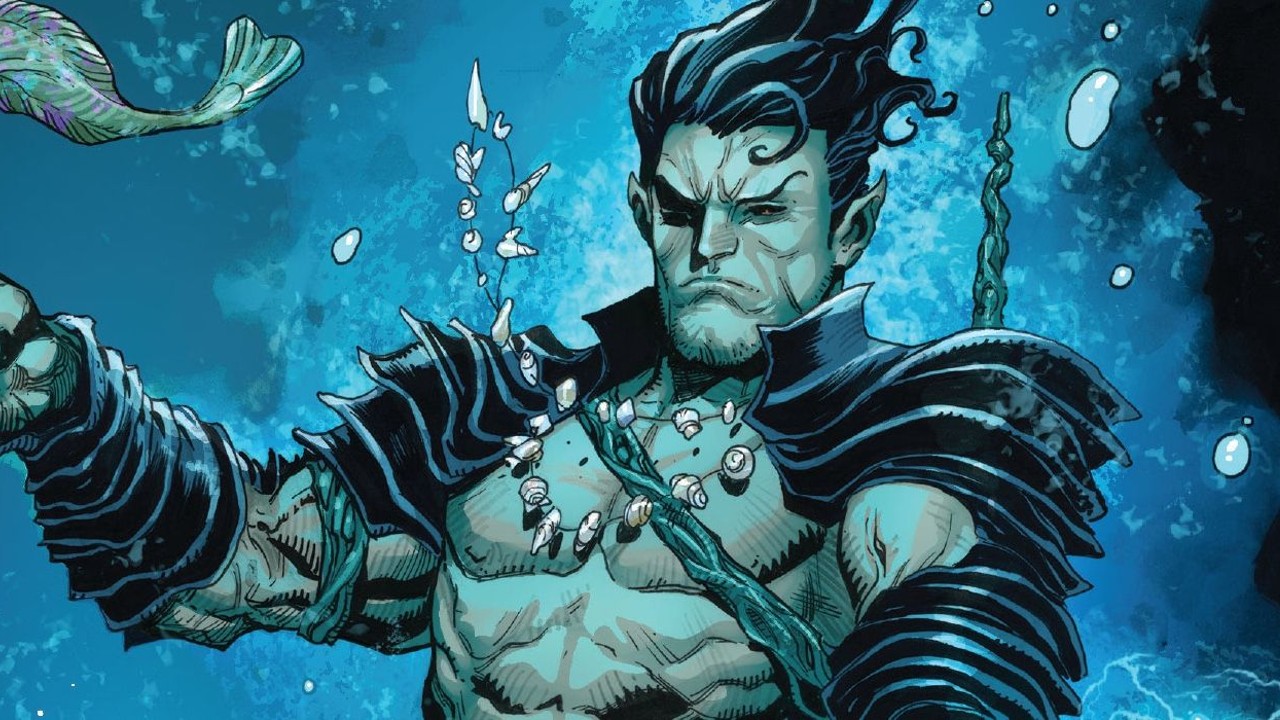 Namor had several appearances in publishing houses that are now closed; in chronological order, we can mention:

Namor was present in the golden age of comics, becoming one of the three Timely characters, next to the original Human Torch and Captain America.

In the Silver Age, the character returns in Fantastic Four #4 in 1962, where Johnny Storm, the new Human Torch, discovers Namor living on the streets, homeless, amnesiac. Storm tries to help him regain his memory, and he immediately returns to the underwater realm. Upon arriving at his kingdom, he finds it all destroyed due to nuclear testing, assuming that his people are scattered, and he will never locate them again. The events turned him into an anti-hero, which dominated his stories in the 70s.

Namor Mckenzie was the result of the forbidden love between Leonard McKenzie and the princess of Atlantis, Princess Fen. Namor’s mother was Fen, daughter of Emperor Thakorr, and his father, Leonard McKenzie, a U.S. Navy captain on the icebreaker Oracle. They fell in love and married aboard the ship to spy on the human intruders. When they did not return, the warriors attacked the Oracle, killing McKenzie and returning Fen to his kingdom.

The child was born and named Namor, which means “Avenging Son.” Namor is considered the “first mutant,” having both Atlantean (Homo mermanus) and human mutant (Home superior) genes in his blood.

Aside from being the King of Atlantis, Namor is also the CEO of Oracle, Inc. In the comics, the corporation is a pioneer in addressing environmental concerns, which gave Namor the perfect disguise.

Noted as Marvel’s oldest superhero, Namor has become a member of multitudes of superhero teams. Throughout the span of his comic book history, he partnered with the Invaders, Avengers, Fantastic Four, Defenders, and even the Illuminati. As an Alpha-level mutant, he’s also part of the X-Men.

In the comics, he waged war against Black Panther in Wakanda when he became part of the Phoenix Five, which emerged in the Avengers vs. X-Men storyline. The group was believed to be formed when the Phoenix Forced was angered by Scarlet Witch’s “No more mutants” in the House of M storyline. 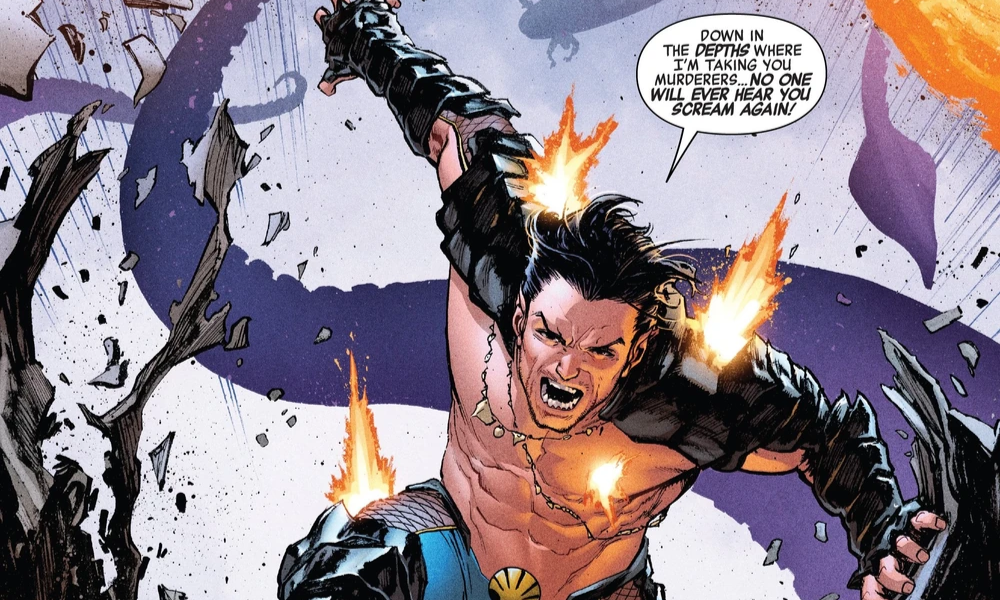 King Namor has a mutated physiology thanks to his mutant and Atlantean genes. With this, he was birthed with amphibious abilities granting him the capabilities of surviving underwater. He can also withstand freezing temperatures in the sea and has a clear underwater vision.

Having Atlantean genes in his blood gave Namor incredible strength, speed, stamina, agility, and reflexes. His strength depends on his contact with water, which diminishes when he is out of the water for too long. He is also considered to be the fastest swimmer in Atlantean history.

Besides his superhuman abilities, Namor also has aquatic healing. This gives him the ability to heal any damaged tissue he has when he is immersed in water.

As surprising as it may look, Namor was the first superhero to have the power of flight. He possesses wings on his ankles which gives him the ability to fly. With these wings, he can fly faster than a military aircraft. 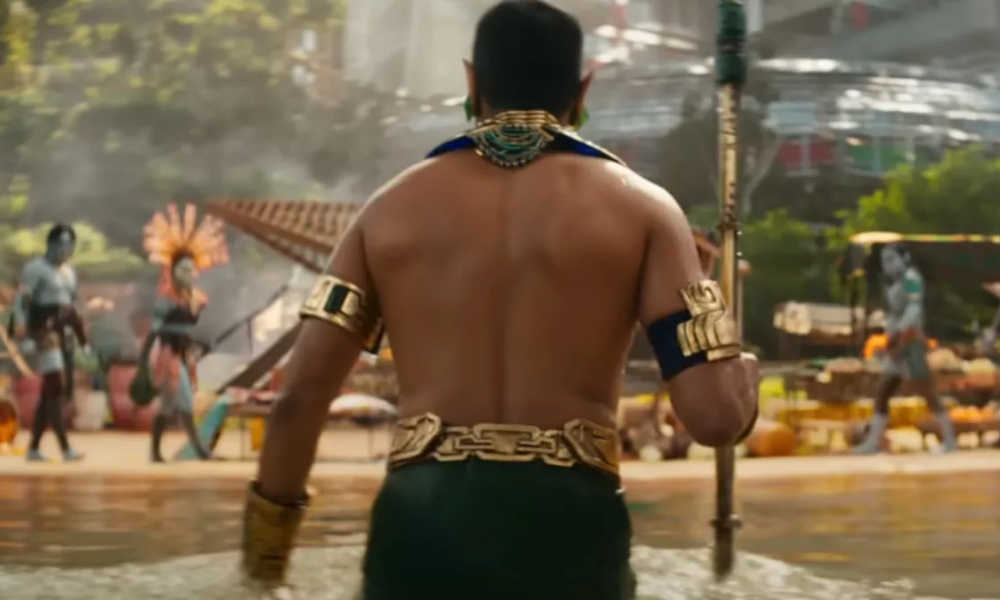 Namor’s appearances have been varied; here are some of them

In the 1950s, a television series was planned to star Richard Egan, but it never went into production. Likewise, a television pilot Sub-Sailor was announced in the ’70s, but it was never filmed due to the similarity with the short-lived Man of Atlantis.

In 1994, he appeared as a guest in an episode of Fantastic Four. Also, he has a role in the episode of The Avengers: United They Stand “To Rule Atlantis.”. Similarly, in 2006 he appeared in two episodes of The Fantastic Four: Greatest Heroes, and in 2013, we see him in the motion comic Inhumans, personified by Trevor Devall.

Philip Kaufman had a project for a Namor movie in 1997, but the project was abandoned. In 2001, Universal Pictures developed Namor with a new script, and Saban Entertainment joined the project in 2002 to work with Marvel. The shooting was scheduled for 2003 and planned to release in mid-2004. After multiple rejections, Chris Columbus entered into negotiations to release it in 2007, but unfortunately, it never materialized.

The film rights of Namor were confirmed in 2014, returning to Marvel. Although all the legal apparatus is complicated, Namor will continue appearing in other products.

Namor is well known in video games since this character appears in 1991’s arcade game Sega Spider-Man. He can also be found in Captain America, The Avengers, and appears as a boss in the 1997’s game Fantastic Four.