Who Is Brian Bolland? - Comic Years 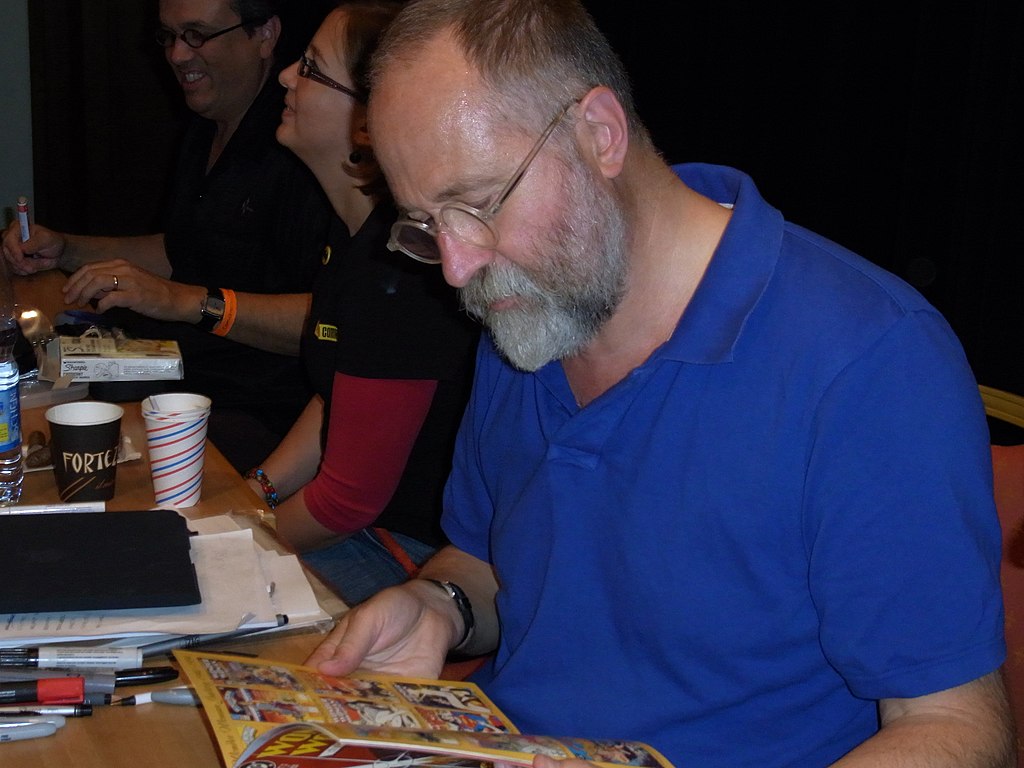 Brian Bolland is credited with the headline “British Invasion,” which belonged to the American comic book industry. He was the author of Camelot 3000, the artwork dating back to 1982, alongside Mike W. Barr. Camelot 300 is a maxiseries of comics comprising 12 issues belonging to DC Comics, created for the direct market.

Who is Brian Bolland?

Bolland interacted with comics before age 10, which captivated him and sparked his imagination. American comics began their arrival in England in 1959. Because of his location, it took Brian a while to discover these comics, but when he did so in 1960, he was very intrigued by them, especially Dinosaurus from Dell Comics.

This dinosaur caused quite a peculiar interest in Brian because of its different sizes, kinds, and colors. He then explored other comics such as Turok, Tomahawk, and Son of Stone from DC Comics.

All of this interaction inspired young Brian to create his own comics. He had already thought of the Insect League at just ten years old. The dinosaur, Turok, and Batman and Robin fueled his ideas. He was also inspired by other superheroes like Superman, Wonder Woman, and Aquaman, who coincidentally were beset by enormous creatures.

At 11, several artists influenced Brian Bolland’s thinking and led him to think about how to do things differently. Artists like Alex Toth and Gil Kane were the “pinnacle of excellence.” Other artists whose style influenced Bolland were Nick Cardy, Mike Esposito, Ross Andru, Joe Kubert, Sid Greene, Murphy Anderson, and Curt Swan. In his own words, these artists, in one way or another, influenced his “early crude attempts at drawing comics.”

From a young age, he felt more inclined towards DC than Marvel Comics, as, from his perspective, the latter’s covers were always too overloaded… At the time, he could appreciate the artwork of the famed Jack Kirby, for which he had the help of an experienced professional in the area.

Brian Bolland confessed that he grew up in a humble home as an only child whose parents showed no interest in art, music, or literature. In the 1960s, he became a fan of pop culture and all that it entailed. He studied art for five years at the Norwich University of the Arts and learned about art history and graphic design. But his interest in drawing comics was more self-taught than studied.

Among his first works, while still a student at the art academy, were the fanzines he drew and published in the British underground magazines International Times, OZ, and Frendz. He did the cover featuring Norwich Cathedral for his friend Dave Harwood in 1971. The same year, he got his first paid job in Time-Out Magazine, featuring a blues guitarist named Buddy Guy.

While remaining in Norwich, Bolland also produced several episodes of an adult parody called Little Nympho in Slumberland. When he moved, in 1973, to the Central School of Art and Design in London, he continued with the production of these strips, even producing a fanzine of 50 copies. He also collaborated in creating a smaller fanzine, The Mixed-Up Kid, which belonged to the university newspaper of the Central School of Art.

In 1972, Brian Bolland had the opportunity to meet influential figures in the arts, such as David Gibbons, Angus McKie, Richard Burton, Nick Landau, and Dez Skinn, while attending the British Comic Art Convention held in London at the Waverley Hotel. Subsequently, Brian Bolland and Dave Gibbons strengthened a friendship that lasted over time.

After finishing his studies at the Art School, he did not find employment quickly, so he followed the advice of his friend Gibbons, applying for the art agency Bardon Press Features. During that period, he did some work for D.C. Thomson, which consisted of two-page strips, but, for the artist, this was not one of his better moments. The Bardon agency, however, managed to capture a client who wanted a biweekly comic to sell in Nigeria, which would consist of an African superhero named Powerman. 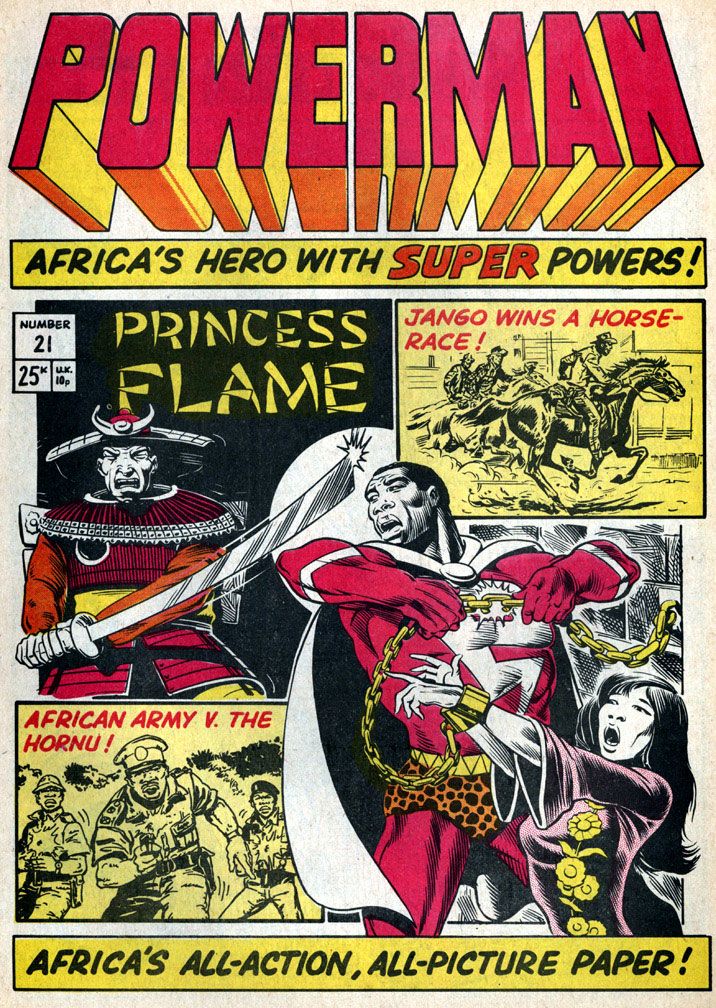 Bolland and Gibbons took this job, drawing certain alternate issues. Gibbons showed great skill in doing this work over Bolland, which at the time caused a shock. However, Bolland later realized he was working with one of the best in the field. The experience with Powerman was simple and easy to perform, although he did not always manage to complete the writing he was assigned to do. Even so, this experience allowed Brian Bolland to get a job with regular pay, doing what he liked, drawing comics.

That is how Judge Dredd, a success from 1977 to 1980, was born. Judge Dredd was a science fiction comic book that agent Barry Coker got Bolland and Gibbons. So Bolland continued with Powerman but monthly and started with Judge Dredd. From then on, Bolland worked on several covers, including Dan Dare alongside Gibbons. After retiring from the agency, he was called to be the regular independent artist for Judge Dredd.

The artist said that when he started Judge Dredd, he was inspired by the legacy of Mike McMahon, who represented a newcomer with a lot of talent, and his charisma permeated the main character of this series. To this end, he created his image of the protagonist, influenced by particular works of American artists. He also collaborated in creating other characters that appeared in Judge Dredd.

DC Comics was responsible for discovering the artist Brian Bolland in England. He was one of the first comic book creators in that region. With that, the industry spearheaded the “British Invasion” from 1979 to 1980. The artist recalls that in 1979 when Joe Staton attended the Summer 1979 Comicon, he needed a collaborator in the UK. The first job Staton offered to do was a cover of one of his favorite characters, Green Lantern.

From then on, Bolland drew several covers for DC Comics, apart from some stories used as filler. He wrote them from 1980 to 1981, and the “Certified Safe” of Madame Xanadu and Green Lantern No. 127 stand out. These works represented the first attempt to reach collectors and fans as a “direct market.”

Brian Bolland left several products to DC Comics, including a March 1982 Justice League of America chapter, which he did alongside other artists. From there, he was allowed to make his first attempt at drawing Batman. Then, in 1982, he was selected to be the artist for one of the most successful series of the time, Camelot 3000, which consisted of 12 issues. The story’s plot centered on King Arthur returning to save England from the possible invasion of aliens in the year 3000.

Also, in 1984, Bolland drew a model for Superman. In 1986 he continued collaborating with Batman and the villains Catwoman and Ra’s al Ghul. Then, since 2000 he has drawn comics written by himself.

Although Brian Bolland is currently visualized for his iconic covers, the artist has done interior work that many acclaim him for. However, one of the jobs Bolland has done the most in his artistic life is covers, as it has been what he has been offered the most. Bolland says he works meticulously with the covers, so his work is slow, and he finds it much easier to create them. These works range from completing arcs and runs of several emblematic comics, earning him great fame.

Also, with his photorealism works, he has left his mark on all the titles he has worked for. All the covers Bolland made are worthy of admiration, hence their great demand, although those with DC Comics stand out. Bolland’s images were also captured in Animal Man and its 63 issues, where writers such as Jamie Delano, Tom Veitch, Peter Milligan, and Grant Morrison participated. 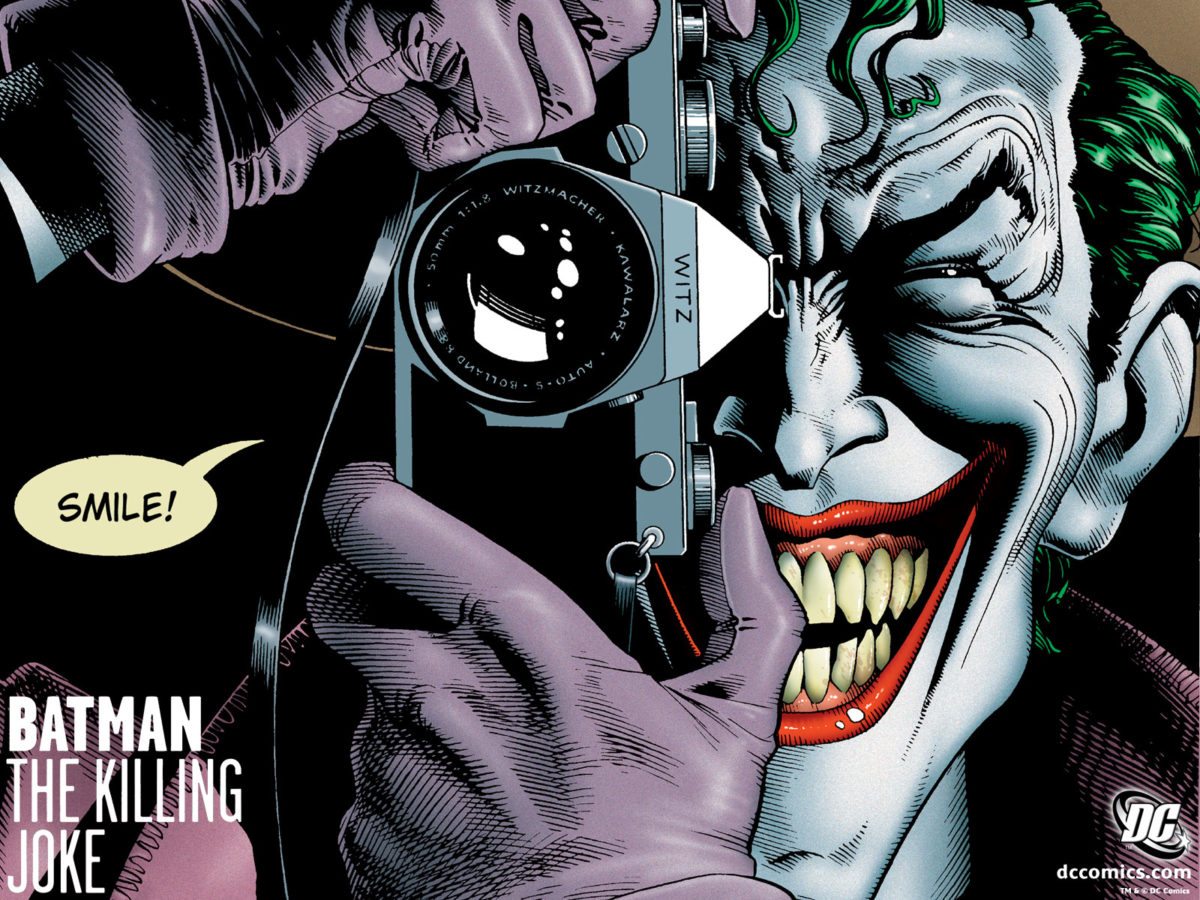 Another of the works that Bolland adorns with his drawings is The Invisibles, as well as those of the main characters. For this, he freely reproduced their images. When he started the project, he confessed that the theme was somewhat complicated, involving a strange symbolism to him at the time and having to incorporate subliminal messages on the cover.

Wonder Woman was another of Bolland’s outstanding works. He worked on several of its covers, starting with the first issue in 1992. The experience was enjoyable, and the artist confesses that this was the first time he wanted to do that job.

Other Works In and Out of Comics

Brian Bolland has done several works in and out of comics. The artist has made several lessons and tutorials available on his website, showing the different and complex techniques used.

In 1994 he did a rare and controversial cover for Marvel, specifically the character Hellstorm: Prince of Lies No 16. He has also done covers and long runs for Geoff Johns’s The Flash, as well as for Batman: Gotham Knights, Superman, and many more.

If that wasn’t enough, Bolland has produced much series-oriented art for short, usually one-page, strips, humor strips, and numerous pin-ups. The two personal projects that stand out for this one are The Actress and the Bishop and Mr. Mamoulian, included in his book Bolland Strips.

Brian Bolland has received well-deserved recognition and awards. Facing a demanding artistic career in the British comic industry, he made inroads with his work and has laid the groundwork for generations to come.

In 1977 he was honored and received the “Best Newcomer” award, which the Society of Strip Illustration gives. He received the Inkpot Award in 1982 for Moore and Bolland’s The Killing Joke and, the following year, was named “Artist/Drawer/Inker” for that work. That year the accolades continued, winning three additional Harvey awards, and he was also honored separately for the “Single Issue” award.

In 1992 he received another Eisner Award, which he continued to receive for three consecutive years from 1992 to 1994. He repeated twice more from 1999 to 2001 for various works. In 2007 he received the Eisner Award again with The Art of Brian Bolland, with which he also won the “Best Comic Book” award.

Brian Bolland is one of the most outstanding British cartoonists of his time. He is still alive today and is an icon to follow. Bolland’s works marked a before and after in the comics industry. His most outstanding works were Judge Dredd vs. Judge Death, Camelot 3000, and Batman: The Killing Joke. He also stood out with his cover work, mainly for DC Comics. Brian Bolland has left a considerable mark in the hearts of comic book lovers.