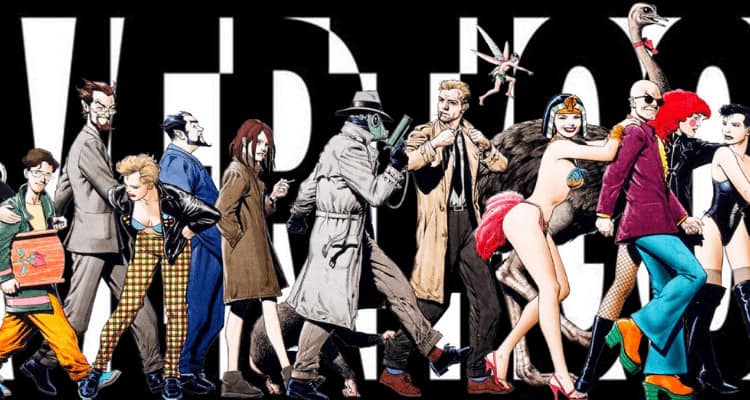 Sandman. Animal Man. Swamp Thing. Preacher. The Unwritten. Y the Last Man. Fables. These are just a few of the classic comic series that Vertigo produced over the last few decades, but now it seems the indie giant might be closing shop.

That’s the new rumor Bleeding Cool News reported recently, but it hasn’t been confirmed yet. Today, it might not seem like we’ll be losing much. We have Image, Black Mask, Aftershock, Boom, and Lion Forge among several other wonderful independent comic houses. So what does it mean if Vertigo ends?

It’s not that we might see the end of independent comics—Vertigo doesn’t have an entire claim to that world. But it does mark the end of an era. Twenty-six years ago, superheroes still dominated the comics industry. Technically, Vertigo started in 1993, but DC was already experimenting with more adult content. For instance, Grant Morrison’s Doom Patrol. Though it came out as a DC comic, Doom Patrol was reprinted as Vertigo comics. As well, early Image comics were still superhero-oriented: Youngblood, Savage Dragon, Spawn, etc.

Vertigo started with Sandman, Shade the Changing Man, Hellblazer, Doom Patrol, Animal Man, and Swamp Thing. These series already existed as DC Comics, but moved to Vertigo, where they could flourish with an independent quality. As well, Sandman didn’t have to team up with Martian Manhunter or other superheroes again. By the time Vertigo got to Kid Eternity by Grant Morrison, Vertigo’s house style was well known. That is, they had none.

Tearing Down the House

That notion, that there is not a “house style” changed comics. Marvel, DC, and Image (early on) all had house styles. It was just how things were done, and it made sense. Why shouldn’t there be a uniform look and writing style to a comic label? With Vertigo, we saw this end. Today, there are no “house styles.” Even in the big two, Marvel and DC, we see this change. Daredevil doesn’t look like Ms. Marvel who doesn’t look like Guardians of the Galaxy who don’t look like the X-Men. Artists have more freedom in publisher-owned content because Vertigo showed that it made comics better.

So, if this is the end of Vertigo, just remember, everything you love about today’s comics has Vertigo’s influence behind it.

Rocketman: The Musical Biopic We’ve Been Waiting For
Resident Evil 2 – REMAKE The Best RE Game Ever?