TMNT: The Last Ronin Which Turtle Survives in the Dark Future (Spoilers!)

Home » COMICS » TMNT: The Last Ronin Which Turtle Is at the Center of Their Darkest Story Ever (SPOILERS!)

TMNT: The Last Ronin Which Turtle Is at the Center of Their Darkest Story Ever (SPOILERS!) 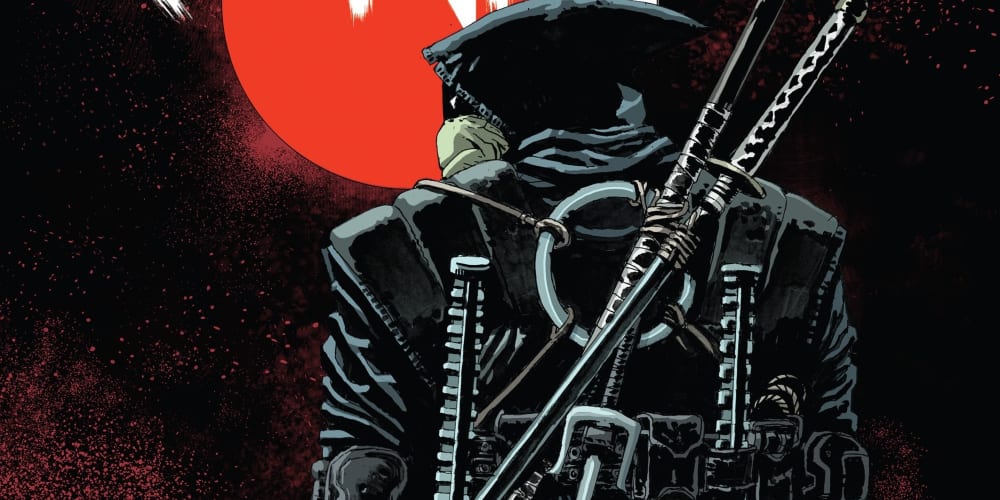 When most people think of the Teenage Mutant Ninja Turtles, they remember the goofy cartoon from the 1980s, early 90s. They probably hear Michelangelo yelling, “cowabunga!”  Or they remember those nightmare-inducing live-action movies. And in the future, Seth Rogen’s CG Reboot. Kids today have newer cartoons and movies, including the Michael Bay-produced duo. But for comic fans, the Turtles aren’t the fun and childish TV and screen personas—they’re often gritty and dark. So, which Turtle survives in TMNT: The Last Ronin–and just how dark is this story?

Children Probably Shouldn’t read TMNT: The Last Ronin, Regardless of Which Turtle Is the Sole Survivor 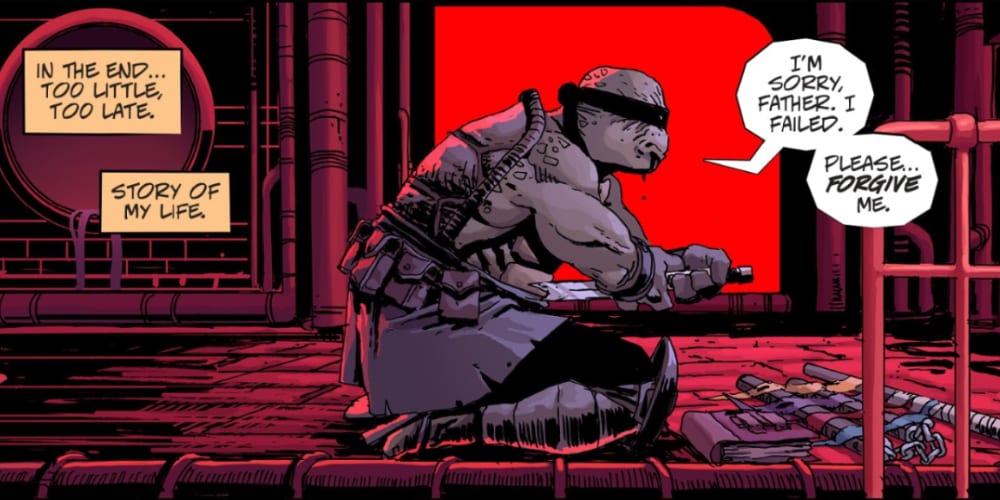 Before we get into which Turtle is seeking revenge in TMNT: The Last Ronin, let’s look at what kind of content we’re working with. If the image above doesn’t give you an idea, that’s just one moment in a comic filled with dark scenes. The issue starts with the mysterious Turtle wading through the toxic, polluted waters coming out of a pipeline in a wall surrounding Manhattan.

Then there’s the title of the first part of The Last Ronin: “Wish for Death.” Not “Deathwish.” And there is a difference between the two. A person with a  “Deathwish” fights with no regard for their own safety but isn’t actually trying to die. A person with a “wish for death” wants to die. And as the image above shows, that’s exactly what this Turtle wants. So, yeah, maybe a suicidal Ninja Turtle isn’t the best book for a seven-year-old watching the Nickelodeon cartoon.

Which Turtle Stands Alone in the Dark Future of Manhattan?

Okay, let’s get down to business, because that’s why you’re here, right? Which Turtle in TMNT: The Last Ronin wants to get revenge for his brothers and finally die? It’s a serious story, so the obvious answer would be Raphael or Leonardo. But neither is correct. In fact, the Turtle who is the Last Ronin makes the story that much darker: 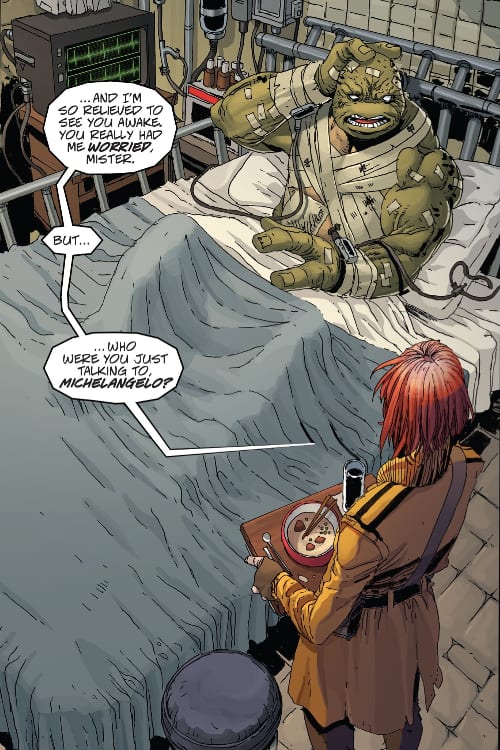 That’s right. Michelangelo, the most fun-loving member. Mr. Cowabunga himself. This grizzled, suicidal, former hero is the one who laughed the most in his younger days. Now he wears a black mask, and even when he’s laying his memorial out for his fallen brothers, he includes his own orange mask. It’s like finding out that the kids in Power Pack grew up to become X-Force.

So…let’s see just how dark this series gets.

Far Cry 6 Delay Points to What May Be a 2021 Trend
1995 Movie Colony Mutation: Love Stinks