The Reign of X X-Men Team! Who Are Krakoa's Favorite Mutants?

The Reign of X X-Men Team Revealed! Who Are Krakoa’s Favorite Mutants? 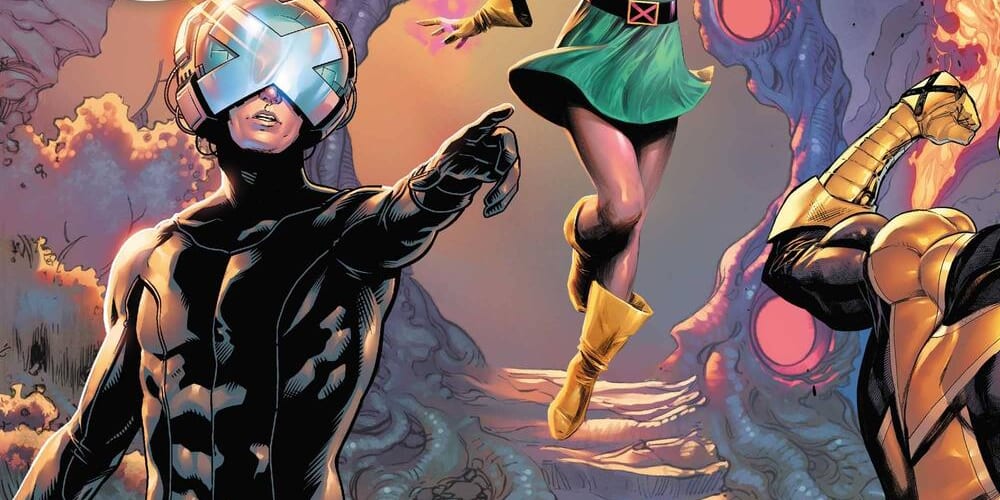 After Marvel revealed the new X-Men team member vote results, with Polaris winning the final slot on the roster, they promised to unveil the new team shortly. If they’ve learned anything from fans since the start of the Dawn of X era, it’s that we just can’t wait for more. But one thing we didn’t even notice? During the Dawn of X era, there was never an actual X-Men team. Sure, there were other teams, like X-Force, the CIA of Krakoa. And X-Factor, the FBI. Of course, there’s also Excalibur…um, the Otherworld Intelligence, Surveillance, and Reconnaissance.  And additionally, the Hellions are essentially a black ops team. But no X-Men. So, it’s only fitting that for Reign of X, we finally have an official X-Men team. As writer Gerry Duggan said in the Marvel announcement:

“It’s my privilege and honor to be reteamed with Pepe Larraz as we throw beautiful and deadly threats at the X-Men beginning in July. Mutants have saved themselves, and are now going to save the world. Krakoa will grow roots in the capital of the world, New York City, and the inaugural year will star Cyclops, Marvel Girl, Rogue, Wolverine, Synch, Sunfire, and Polaris. The threats to Earth will come fast and hit hard, and every page from Pepe and Marte will blow your hair back. See you in July.”

So, let’s take a closer look at the new team!

The Leaders of the Reign of X X-Men Team, Cyclops and Marvel Girl 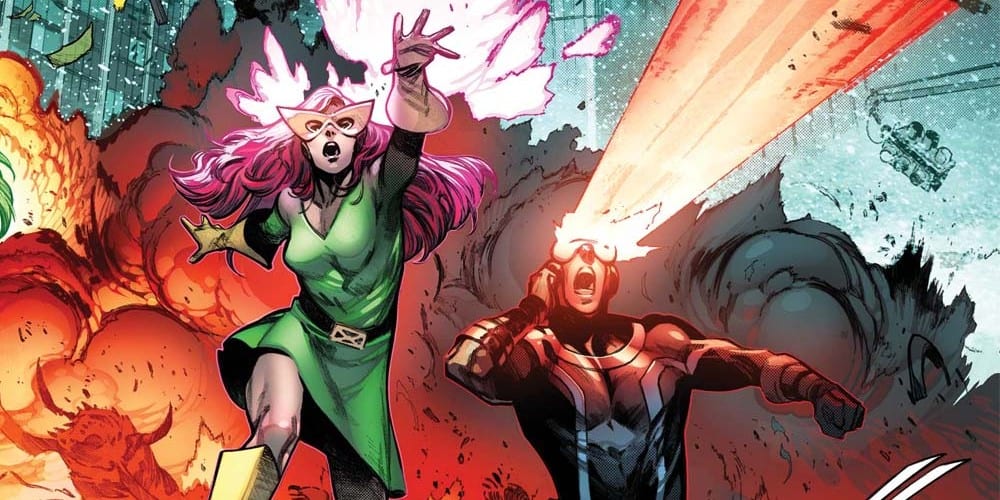 Who else could possibly lead the new X-Men team through Reign of X but the First Couple of Krakoa, Mutandom, Scott Summers and Jean Grey? Okay…they might be in a polyamorous relationship with Wolverine…and Emma Frost…and possibly others. Krakoa, amirite? The events of X of Swords proved that the Quiet Council had flaws, and the mutants of Krakoa needed a team to rally behind. After Xavier and Magneto offered Jean her seat back on the council and Cyclops the seat Apocalypse previously occupied, they both turned them down to form the X-Men – a team where Krakoans would vote for the members. Well, aside from Jean and Scott, because it’s their team, after all. Now, who did the mutants of Krakoa vote for?

The One WE Chose for the X-Men Team, Polaris 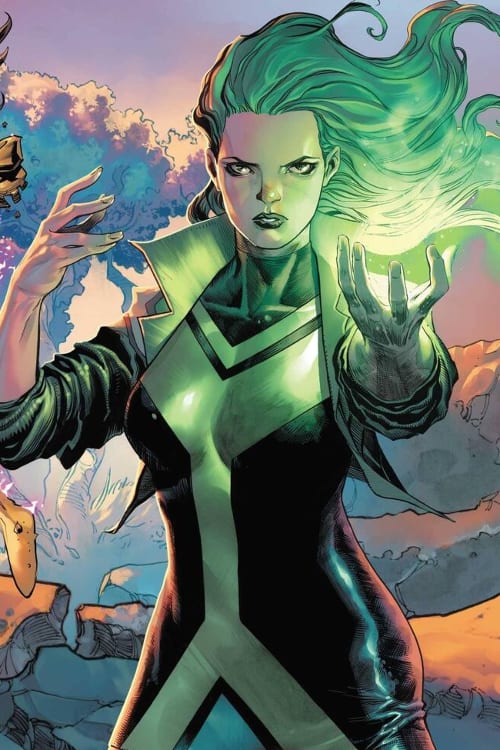 Of course, we knew Polaris, Magneto’s daughter, was part of the team. With the eight contestants, including really heavy-hitting fan favorites like Banshee, Sunspot, and Cannonball, Polaris had strong odds, but not many people would have guessed she’d win the whole damn thing. However, there is one thing concerning – and would have been true for any of the eight X-Men up for the Reign of X team. How much character development will Gerry Duggan be able to build in such a short time, not knowing one of the main characters until only a few months before the release. Still, it’s good to see green-haired people represented on the team.

Wolverine is Officially Part of the Reign of X Era X-Men team. But not that Wolverine. 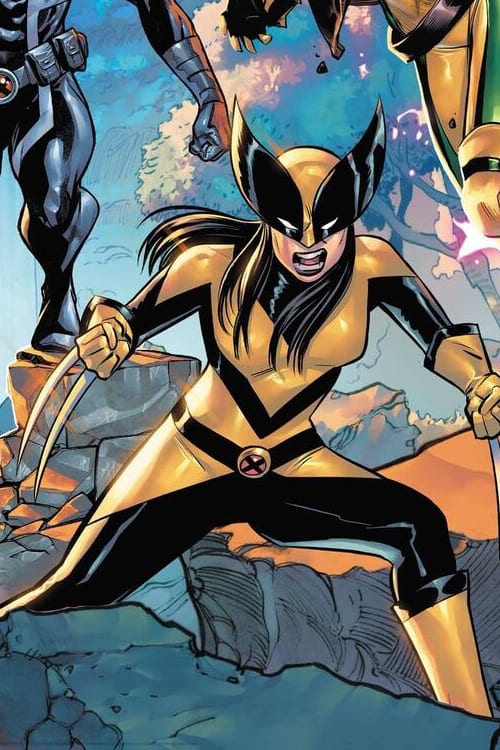 Laura Kinney. X-23. The All-New Wolverine. While Logan was dead and/or an alternate reality version of himself, Laura took up her father’s mantle and served the world as a great Wolverine. She even got her own X23, her now-little sister Scout (a member of the New Mutants). We don’t know if Logan put his name up for the team, but the fact that the Krakoans voted for Laura is pretty awesome. Also, she now gets to prove herself on the Reign of X X-Men team with some legends, and not just the time-displaced teenaged X-Men.

Will Excalibur and the Reign of X X-Men Team Have to Fight Over Rogue? 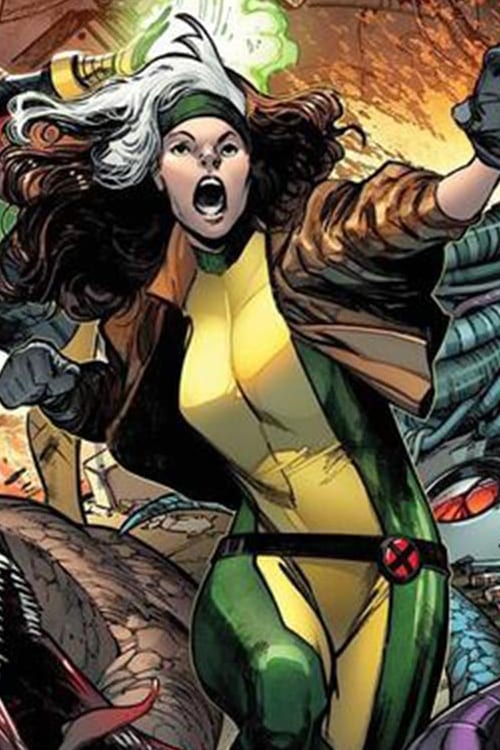 Though Rogue is by far one of the most popular X-Men characters, it’s a little surprising to see her here. Tini Howard is already doing great things with the character in Excalibur, and it would be a shame to see her leave that team. Plus, there are – literally – thousands of other mutants to choose from. Also, for a team that started as a metaphor for Civil Rights, there are, again, too many white characters. The next two are the only X-Men team members in Reign of X that aren’t white. A woman of color, or a transgender mutant of color, would have been more fitting since we already see Rogue starring in another book.

Oh, Polaris is also in X-Force…but Syrin could probably fill her role if Lorna has to leave.

The Fan Favorite Character Who’s Been Underused for Over a Decade: Sunfire 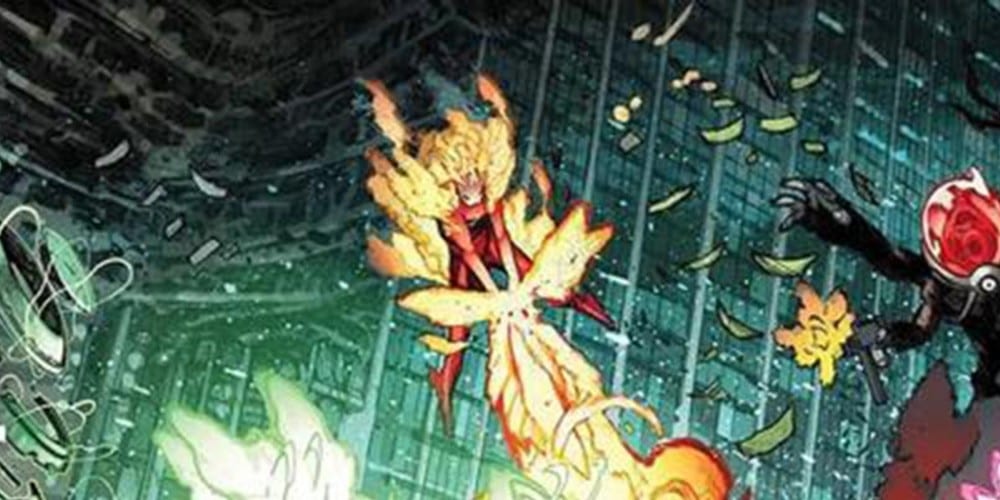 Why don’t more comic writers want to use Shiro Yoshida? Ever since his debut in X-Men (Volume 1) #64, he’s been a complicated character. At first, he attacked Washington DC to avenge the lives lost in Hiroshima and Nagasaki, but later saw his attacks as counterproductive. Still, he’s been through a lot. At one point, he was even a Horseman of Apocalypse (along with Gambit). It’s great to see him in such a major moment during Reign of X and part of the new X-Men team.

The Biggest Surprise On the New X-Men Team For Reign of X: Synch 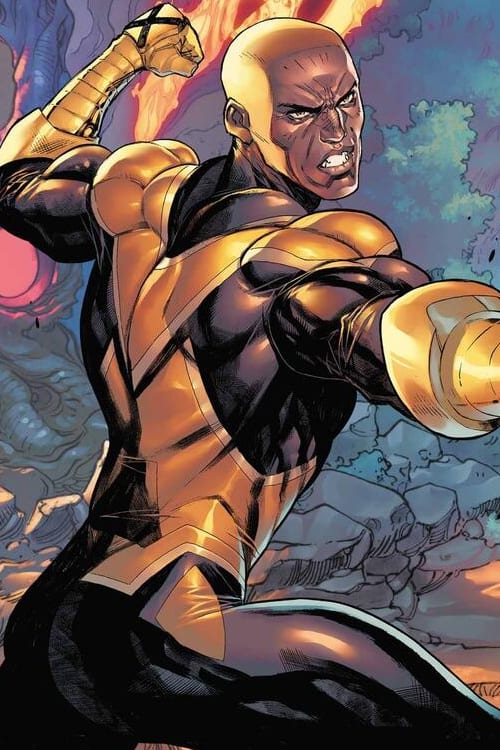 If you aren’t familiar with Synch, don’t feel like you aren’t a good X-men fan. He’s not a character we see, well, ever. In fact, when Jonathan Hickman used the character in recent issues of X-Men, it was the first time in a long time that we saw him at all. Hickman’s Synch story was amazing too. He, Laura, and Darwin entered the Vault, where time moves much faster and where there are post-humans instead of mutants. During his centuries in the Vault, he and Laura fell in love, but she died before she could get back to Earth – and before Cerebro could save her memories. Synch, however, remembers all of it. It’ll be fun to see how he interacts with Wolverine, now that they are on the same X-Men team, and how he’ll be a part of Reign of X.

A Host of Variant Covers Celebrating the New Team

How do you make a big event bigger? VARIANT COVERS! But this time, it’s kind of cool. We’re getting four connecting covers, but with different artists depicting each character. You’ve seen some of them for each character, but here it is in full, along with the names of each artist:

What do you think of the new team? Would you have preferred other characters? Or is this team a good choice? 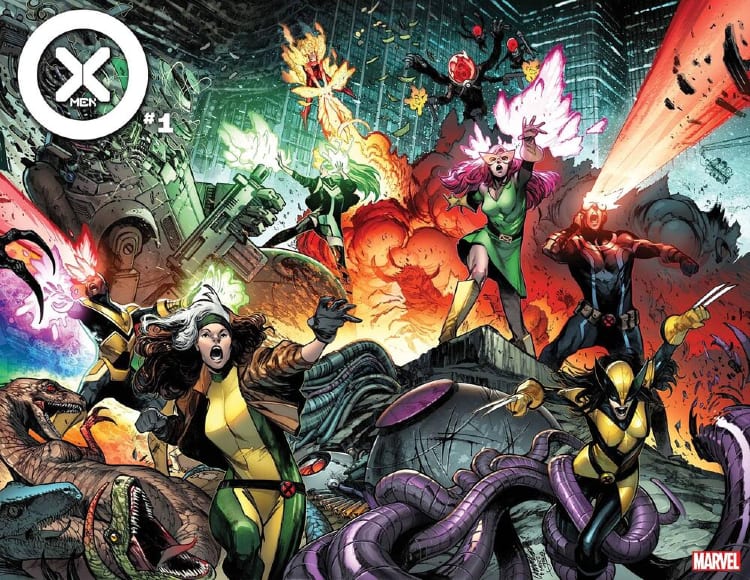