Home » COMICS » The DC Universe Timeline Is Getting a Reset…Again

The DC Universe Timeline Is Getting a Reset…Again 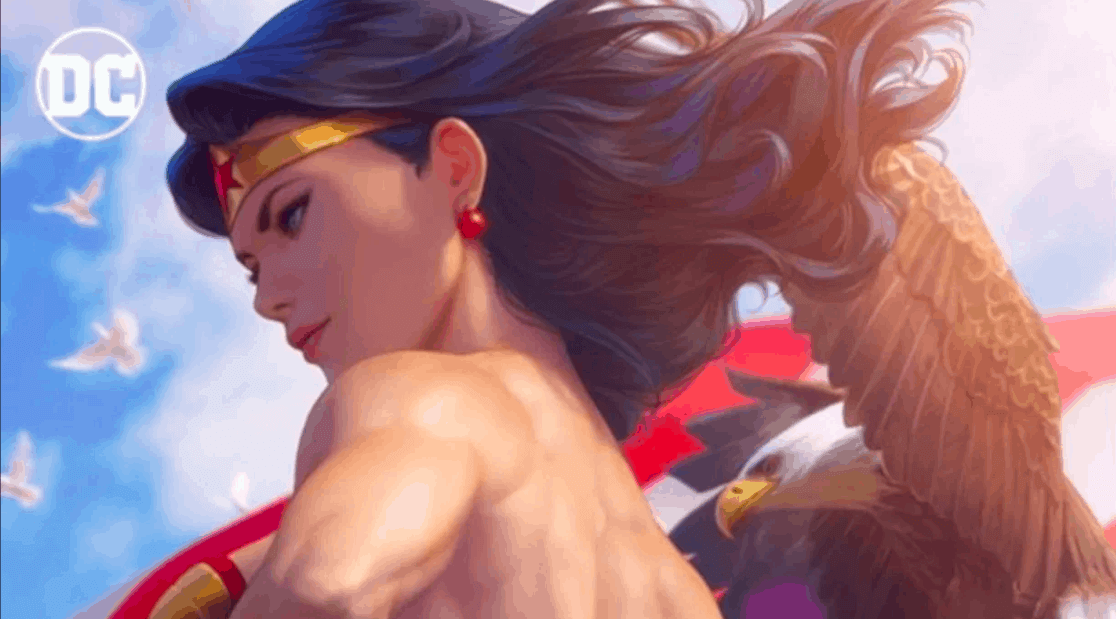 With this the upcoming Wonder Woman #750, we’ll get our first look at the next timeline reset in the DC Comics universe—and it’s starting with a pretty significant change. For most of DC Comics’ history, Superman was always the first superhero. That changed in a major way with the New52, which established Superman operating for five years along with all the other heroes…except for Batman. He had ten years of activity. DC Rebirth muddled things up even more, revealing that Dr. Manhattan of the Watchmen altered their reality…so Superman had been around longer than Batman? None of that matters anymore anyway. In the new DC Universe Timeline, the first hero has been reset to, as you might have guessed, Wonder Woman. But there are still a lot of questions about this shakeup.

Why Is DC Going to Reset the Timeline Again? Let’s go right to the source—Dan Didio, the Co-Publisher of DC Comics. “There’s been a lot of chatter, myself included, about our timeline,” DiDio said in a Facebook Q&A with retailers. “The purpose is to bring in a baseline of storytelling that brings a level of consistency and more uniformity in the interpretations of the characters. We are looking to build a series of books that will re-tell the history of the DC Universe. In some ways, that will become our bible for the DC Universe.”

They’ve been saying it since Crisis on Infinite Earths in the early 80s. But this is the third time in a decade that someone from DC Comics explained why they need to reset the timeline of heir universe. It’s a tactic meant to bring in new readers, but it’s actually detrimental. All the other stories “still happened,” so if a new reader wants to go back, they’ll see several reboots of the timeline. Luckily, sites like Comic Book Reading Order try to make sense of it all, but so far, they have just under 200 narratives complete. There are 200 narratives a year for a comic book publisher.

This Won’t Be the Last Time DC Resets the Timeline

Big spoiler if you haven’t read Doomsday Clock. Dr. Manhattan gives us glimpses at the future of the DC Comics Universe timeline, which will be reset again…and again…and again. Apparently, Superman is vital to the multiverse, so his origin keeps getting pushed forward, but this doesn’t mean that everyone else’s timeline shifts. So, now, Wonder Woman is the first hero. In the previous incarnation of the timeline, Batman was the first hero. In the future, it might be someone else. Here’s how Manhattan explains it: 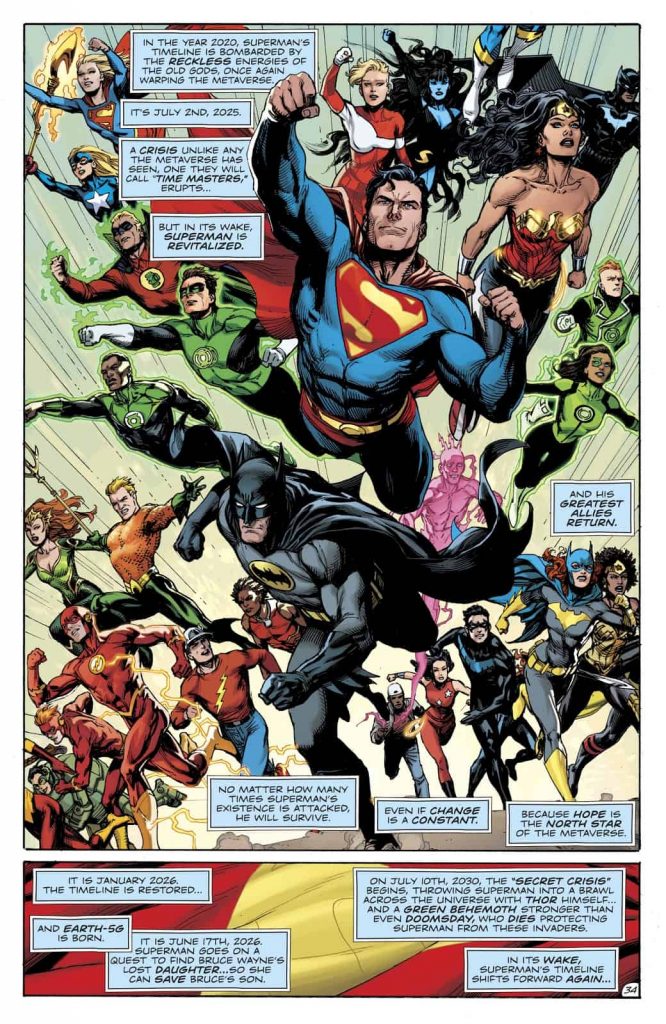 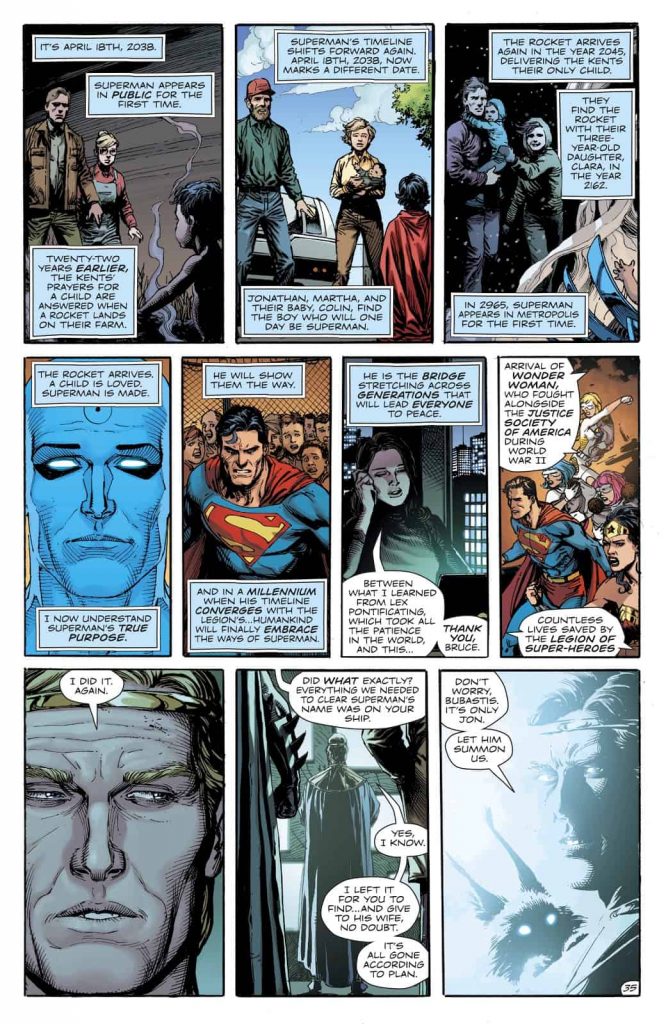 And if you didn’t catch that—yes, apparently in 2030, Superman will fight Thor and the Hulk, who will kill Doomsday. Maybe Johns sees another bubble bursting soon?

But How Does Doomsday Clock Fit Into the New Timeline?

Since Dr. Manhattan decided to play god (or maybe be God?) to the DC Universe superheroes, how will his confrontation with Superman in Geoff Johns’ Doomsday Clock work when the timeline is reset? According to Didio:

“The schedule on Doomsday Clock made it very difficult to align a lot of product into it. You’ll see a reflection of Doomsday Clock on the timeline. A lot of what’s on the timeline has been driven by story beats that came out Doomsday Clock. It is truly affecting the line in that fashion. It doesn’t line up completely, but the sensibility, the purpose, the introduction of the JSA, the introduction of the Legion of Super-Heroes; those are key aspects of what the timeline is. Once you’ll see it on paper, it’ll all make sense.”

I guess we’ll have to wait for the fully revealed timeline to know how things shake out. And by the time we do understand how DC Comics reset their Universe timeline, they’ll have reset it twice more.

Ah, comics. We love you even when you make no sense.