Marvel Events of the Decade: Ten Stories that Rocked the 616 to its Core. 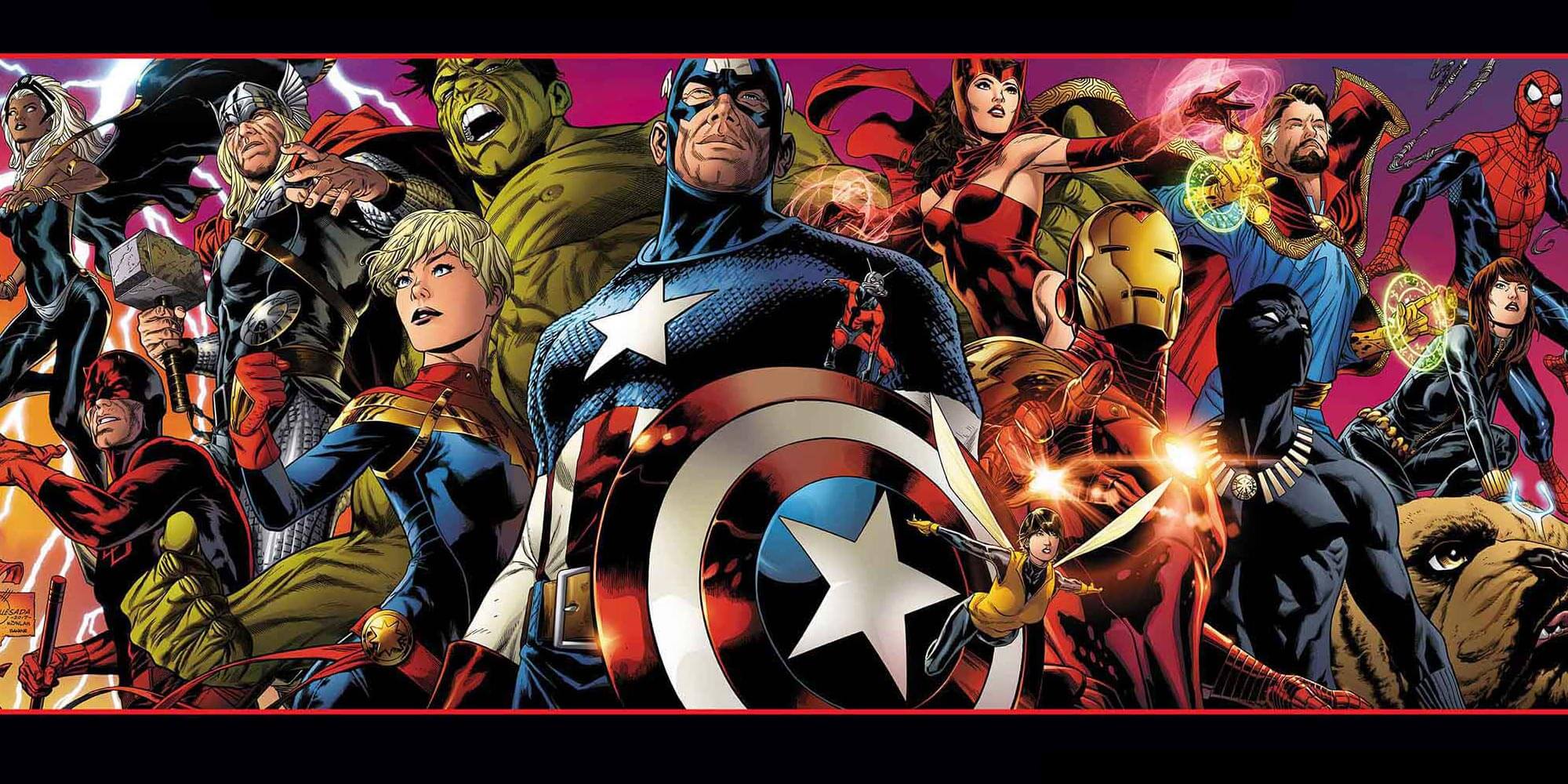 Previously, we looked at the DC Comics events that shaped a decade for the company, and now it is Marvel Comics’ turn. Marvel’s decade was a little rockier, but they still had some hits, and finished with a bang (oh…that might be a bad choice of words). And Marvel topped DC in sheer number of events with over 60. Sixty. If someone read all of them, with all the crossovers, they would need to have a lot of inheritance money because a) you would need truckloads of money, and b) you wouldn’t be able to work because it would take all day, every day, just to read it all. Now, here are the ones that mattered most (not the best, keep in mind). 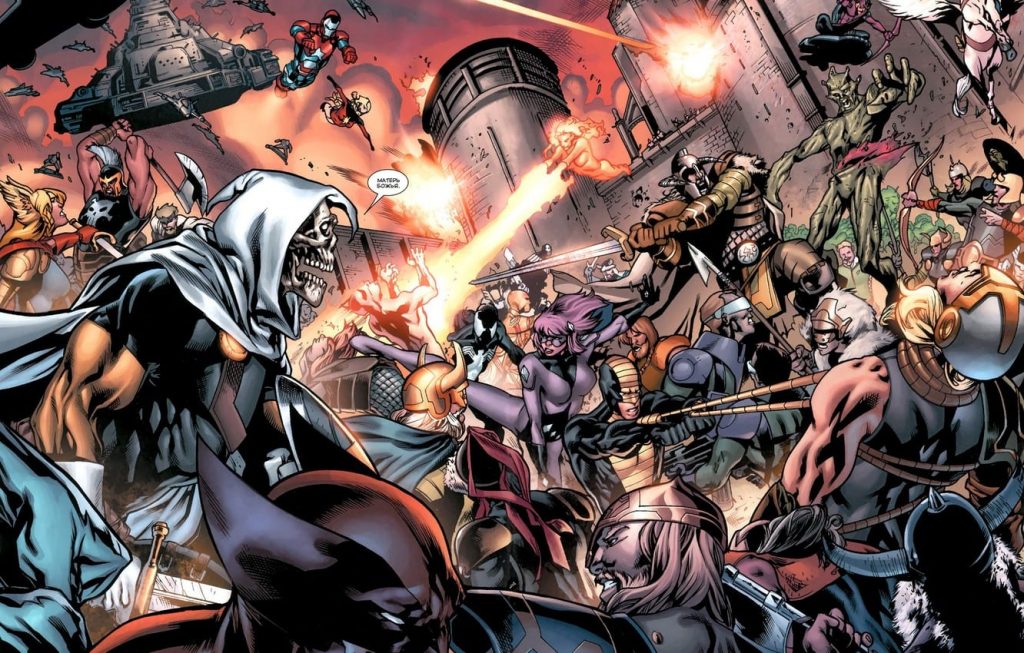 Looking back on the last decade, it’s fitting that the first of the Marvel events is Siege, considering it reflects one of the most significant themes of Avengers: Endgame. Before Siege, the Avengers were not in a good place. Not just because Norman Osborne took over SHIELD and chased them underground, but because the main three were fractured, just like Endgame. They weren’t speaking with each other, just like Endgame. They had to come together to finally defeat Osborne and his army. The event worked as a closure of the previous five years of events, starting with Civil War.

Marvel Event of the Decade, 2011: Fear Itself 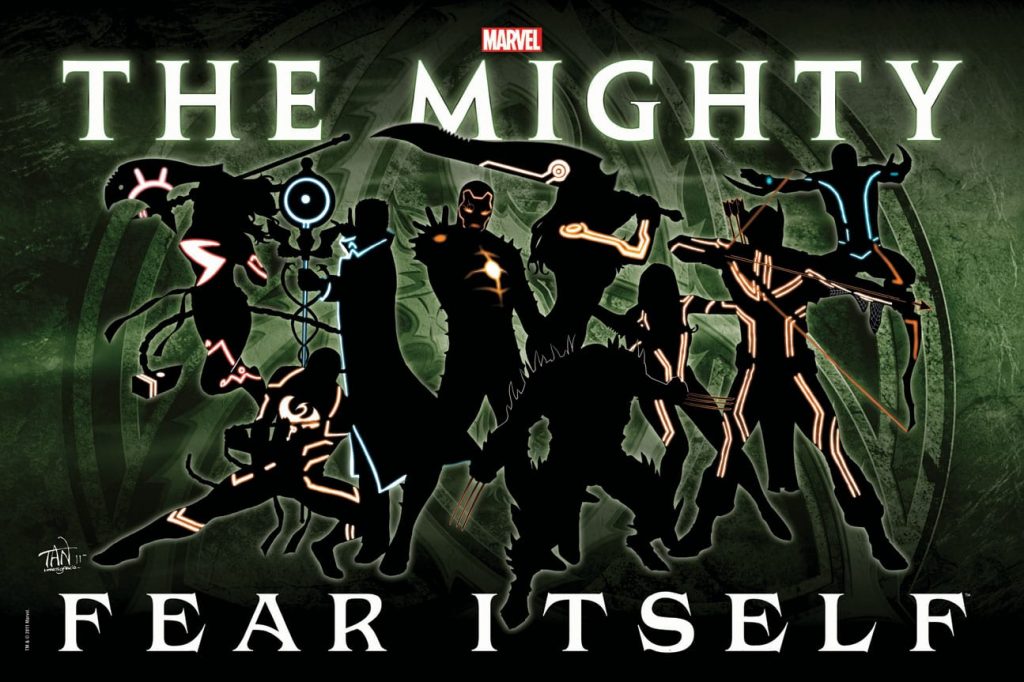 Fear Itself was one of the more important events through the last decade not because of how it changed Marvel, or any significant character moments, but because it was the first event directly influenced by the Cinematic Universe. In 2011, Captain America: The First Avenger and Thor came out in one summer. And what was Fear Itself? An event centered on Captain America and Thor. I also have a small claim to fame here. An old review of mine is part of the Wikipedia page…and it’s not a glowing review. 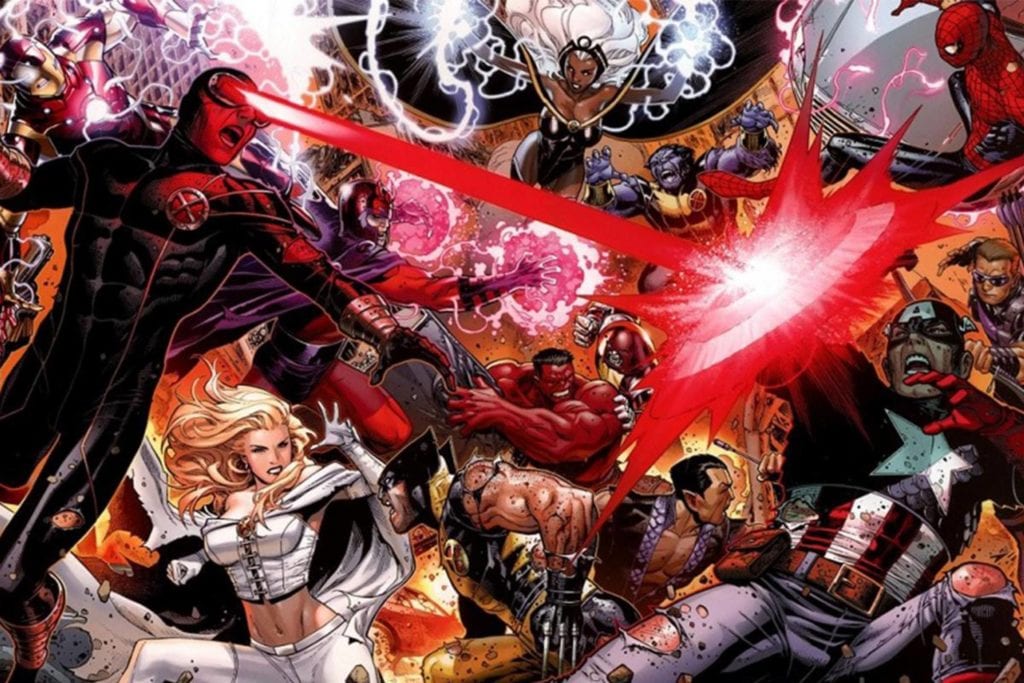 Although Marvel listed Avengers first in the title of the event, Avengers Vs. X-Men is really an X-Men event, but still might be the most important for the whole company for the entire decade. We’re still seeing ramifications from this event eight years later. AvX was the end of the Hope Summers saga that started before her birth with House of M, when the Scarlet Witch decimated the mutant population. From there, we had Endangered Species, Messiah Complex, Messiah War, Second Coming, and Schism. The Avengers had a lot fewer stakes going into this event and were kind of in the wrong, just assuming they could make significant decisions involving them…without involving them. But, no worries, they’re going to have a pretty crappy six years.

Marvel Event of the Decade, 2013: Infinity 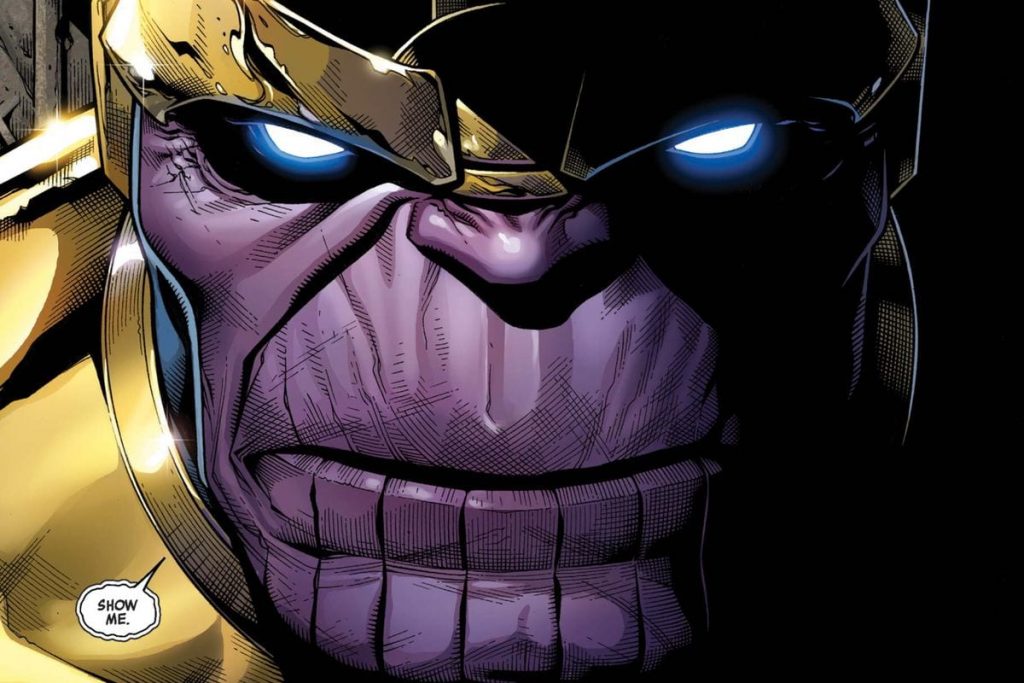 Another one of Marvel Comics’ events this decade directly influenced by the movies—it just came five years too early. At the end of the first Avengers movie, we got our first look at Thanos. This was before Josh Brolin was even cast to play him. Infinity was also Jonathan Hickman’s first solo event, and he comes up two more times on this list. To build hype for the MCU, Infinity was supposed to rekindle our interest in Thanos while making the Inhumans a major franchise. Well, we were reminded of how awesome of a character Thanos is, but as far as the Inhumans? The most we got out of it was Ms. Marvel and Moon Girl/Devil Dinosaur.

Marvel Event of the Decade, 2014: Death of Wolverine 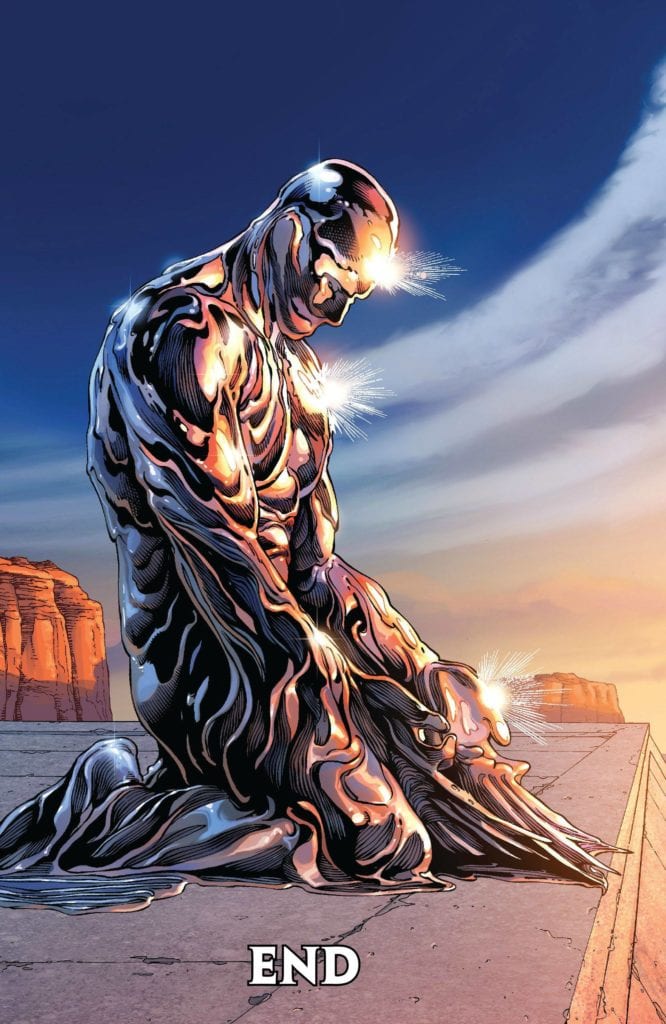 Wolverine died. He lost his healing factor and then drowned in liquid adamantium that hardened around him. Pretty grizzly way to go. As far as big events go, this might not have been Marvel Comics’ most spectacular or massive one, but what makes it stick out is that the real Wolverine wouldn’t return until 2018/2019. A major character rarely stays dead for that long. In Fear Itself, Bucky and Thor die and come back in the series epilogue. Sure, we had a few other versions of Wolverine pop up, like Old Man Logan, and X23 taking the mantle for a while.

And without Wolverine, the X-Men went to some dark places. Cyclops (he also died and came back this decade) needs Wolverine to keep his ambitions in check. Ever since Schism, and even more so after Wolverine died, Scott Summers went from leader to general to zealot to terrorist. 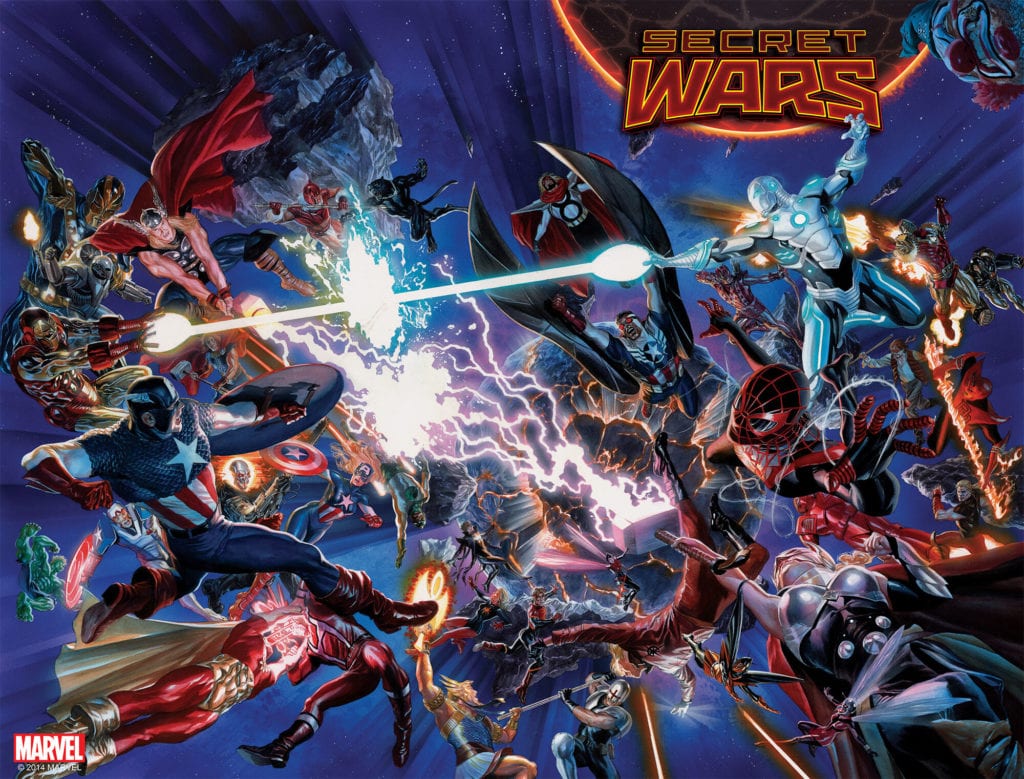 DC Comics had Rebirth, Marvel Comics’ BIG event of the decade was Secret Wars. This event was massive. Over 100 tie-ins massive. This was very much an editorial event. The powers-that-be at Marvel wanted to sideline anything Fox related, and the Fantastic Four most of all. So, Hickman wrote the FF’s (temporary) swan song…and it was beautiful. The ending to Secret Wars, even if it didn’t reset the universe as they promised, was a great ending. 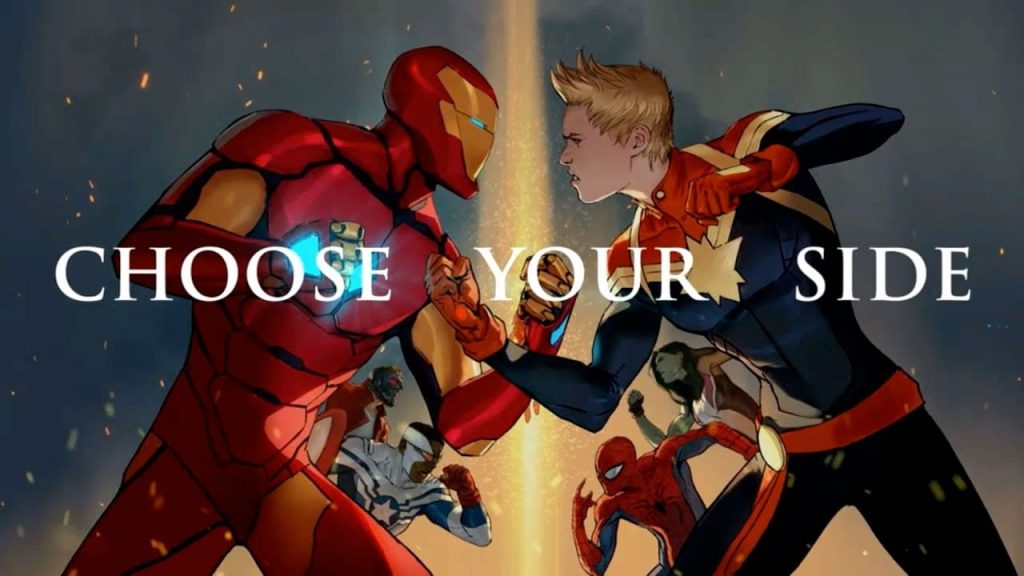 And the third of Marvel Comics’ events this decade directly influenced by the MCU. Captain America: Civil War hit theaters, so it would make sense to have Iron Man and Captain America battle it out in the comics again, right? Well, that’s not what this was–it was Iron Man vs. Captain Marvel. It was also another attempt to make the Inhumans become a thing. This was also Brian Michael Bendis’s last Marvel event before going to DC Comics. While it did put Iron Man in a strange place for a few years (kind of dead/in a coma/digital projection), it mainly highlighted the problem of letting the movies dictate the comics too much. 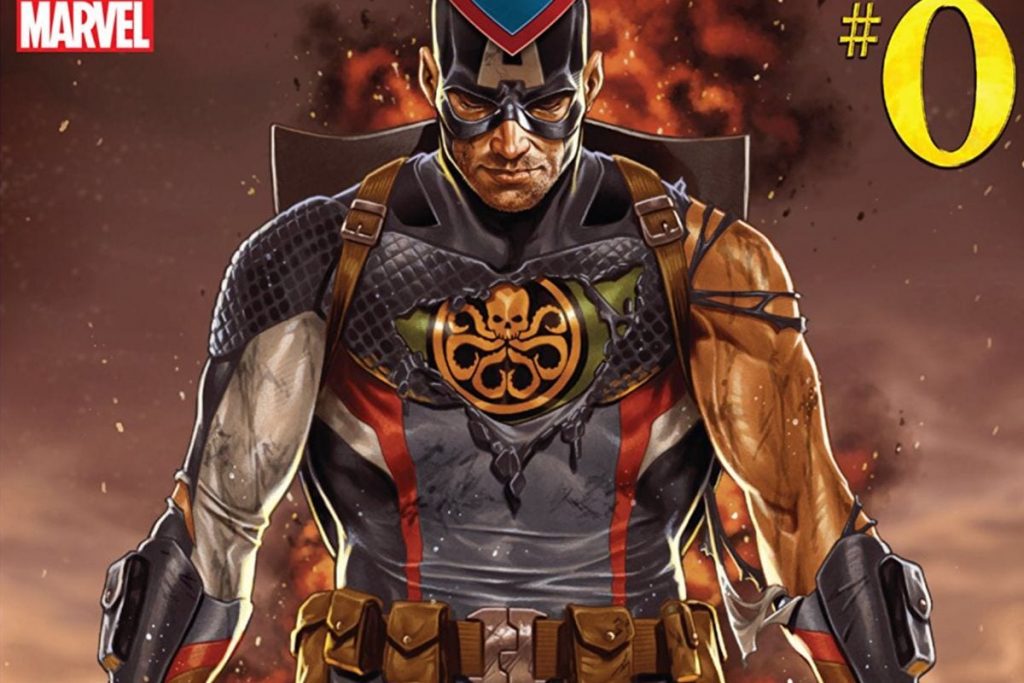 Of all the events this decade, this was most divisive for both Marvel and DC. This was the one where it turned out the cosmic cube turned Captain America into a Hydra agent. Captain America was secretly a Nazi since his return from old age just a year or so prior. Here’s the thing about Secret Empire—it’s a reflection of our times. Coming so soon after the 2016 election, and in the summer when White Supremacists were marching in Charlottesville, Virginia, Secret Empire rubbed people the wrong way because it was true. Many of us thought we knew what America was, but underneath, it was something hateful and disgusting. But the real Cap came back—hopefully, we’ll see a better America emerge too. Okay, political discussion finished. 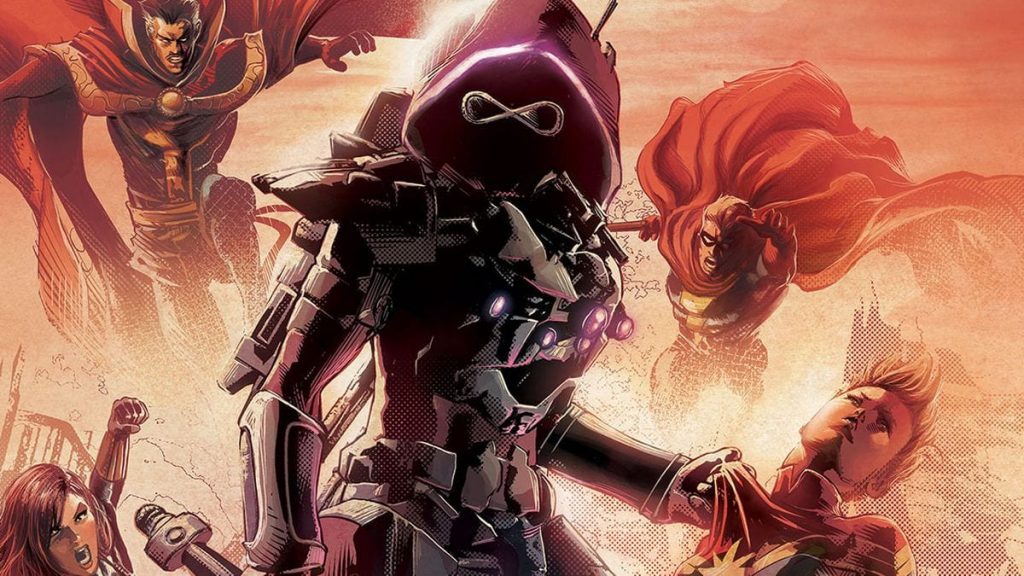 Oh Marvel, four events this decade that the MCU influenced, and this is the second with basically the same name. But some good came out of this—Wolverine returned! Cosmic Ghost Rider! Other things I’m not sure about because I haven’t read it yet, and it’s on my giant list of things to read! 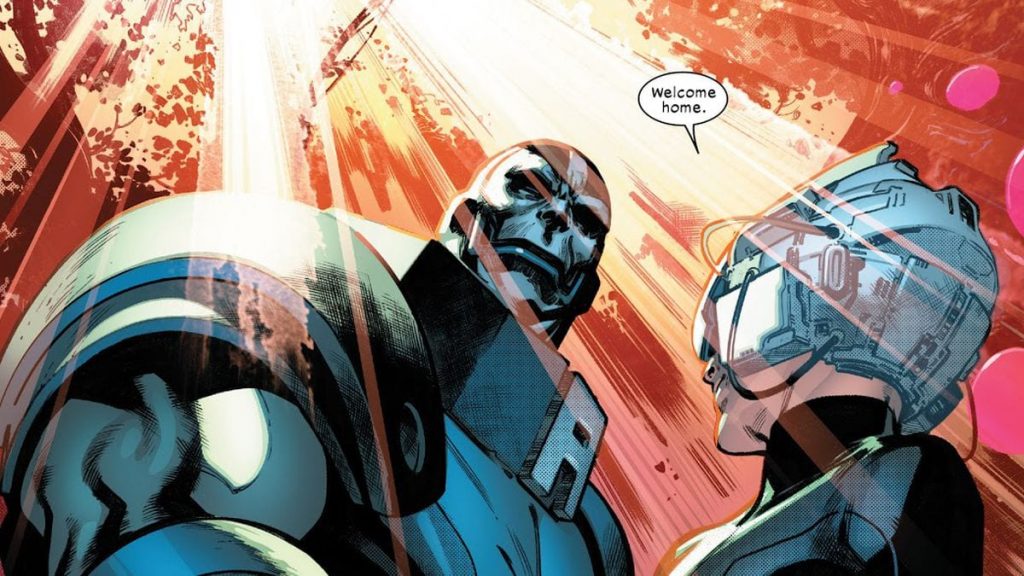 So, the last of Marvel Comics’ events of the decade is by far the best. Once again, we have Jonathan Hickman at the helm, and for the first time since 2012’s Avengers Vs. X-Men, the mutants mattered. In fact, this seems to be what Marvel is most focused on now. Marvel spent nearly a decade ignoring the X-Men because they were a Fox property. Now, did they do this because Disney finally has the rights to X-Men? Maybe—the plot of the event is so structured, though, I wouldn’t be surprised if Hickman were working on this before that announcement. But also—who cares? Sure, past events the film franchises dictated weren’t great, but HoXPoX was brilliant, and a damn good way to end the decade.

What were your favorite events?