Home » COMICS » SWORD, by Al Ewing and Valero Schiti, to Follow X of Swords and Empyre

SWORD, by Al Ewing and Valero Schiti, to Follow X of Swords and Empyre 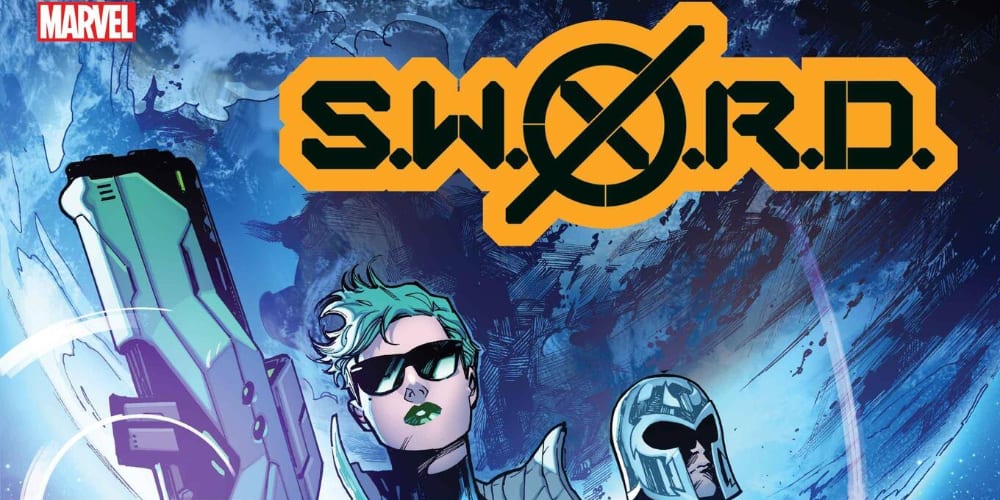 Having a series called SWORD come out after an event named X of Swords might seem a little on the nose, but thew December-premiering series has far more significant implications than just a cool play on words. It represents a changing tide in the Marvel Universe, one that can lead to another Avengers Vs. X-Men conflict. Or, more likely, an Avengers Vs. X-Men Vs. Fantastic Four conflict. The biggest clue to why SWORD will have significant effects on the universe is the creative team of Al Ewing and Valero Schiti.

What Leads To the New Mutant-Heavy SWORD team, led by Abigail Brand? 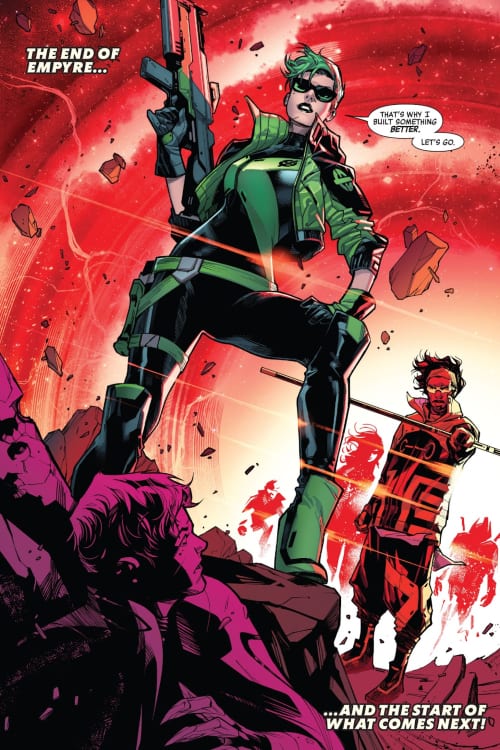 They say redheads are temperamental—they have nothing on greenheads. (Image: Empyre: Aftermath: Avengers, Marvel Comics)

On Wednesday, the next big event started at Marvel: X of Swords. Also, on Wednesday, we got the last epilogue of the previous event, Empyre. Empyre changed the game for the Marvel Cosmos in big ways. For instance, Uatu the Watcher is back…and pissed off. Hulkling is now the “King of Space.” Ben and Alicia Grimm adopted two children, one Kree and one Skrull. That last one might not be a gamechanger, but it is terrific.

And Abigail Brand, the director of Alpha Flight, is done with the Avengers. In a tirade at Hukling and Wiccan’s wedding reception,  she smacked Carol Danvers in the face for essentially keeping vital information away from SWORD. How can SWORD protect the Earth if the Earth’s defenders won’t cooperate with them? Flash forward an untold number of years into the future, and Abigail Brand is standing over a fallen King Hulkling, having rebuilt SWORD. 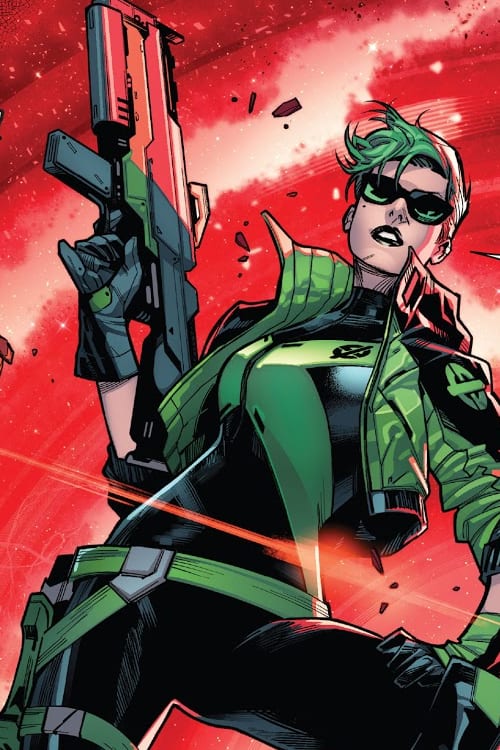 Look at the image above. Many readers noticed that the emblem on her outfit looked like an X-Men insignia. And standing next to her happens to be the mutant teleporter Manifold. Behind them, a few shadowy figures that we could only speculate on. But now we have some answers—and it looks like trouble for the united Kree-Skrull Empire. 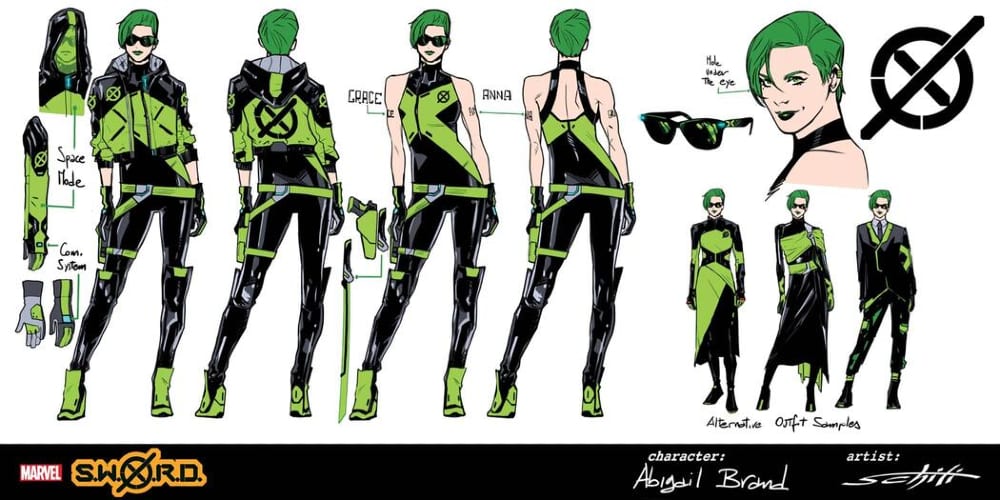 Along with Dan Slott, Ewing and Schiti, the creative team for SWORD, was also the team who brought us Empyre and Empyre: Aftermath: Avengers. Their story will continue not in the pages of an Avengers book, but an X-Men book. It goes further than that, however. Ewing also writes Guardians of the Galaxy, Marvel’s most popular cosmic book. Hulkling might be the king of space in the comics, but Ewing is the king of Marvel’s Cosmic Corner. He’s definitely a writer we’ll have to watch over the next couple of years. But, of course, they’re being secretive. 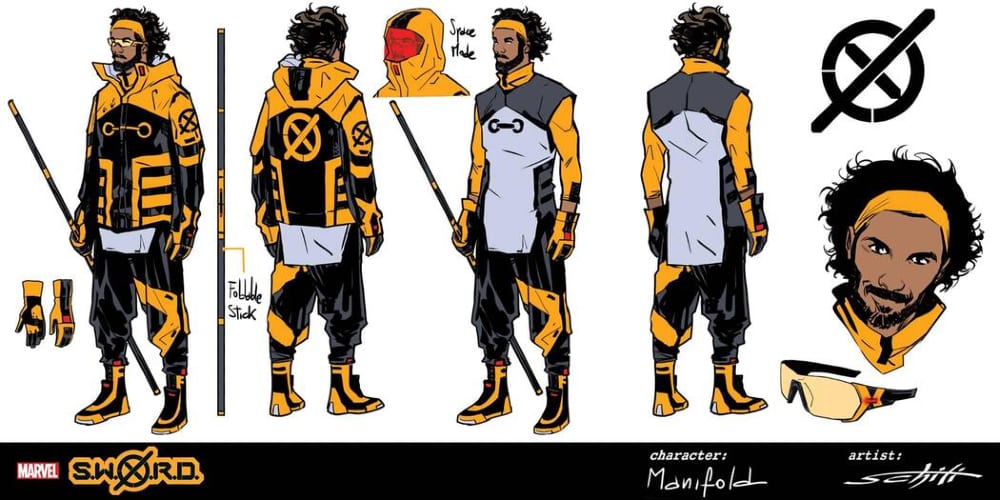 “I can’t say much about what S.W.O.R.D. does, but I can say that every team member will have a peculiar role to play,” Schiti told Marvel. “That’s why I designed their uniforms with technical clothing, urban outfits, and even ceremonial uniforms: every role needed a different reference and a different starting point. The space outfits are inspired by trekking or hiking clothes, far from the typical space suit because these characters are explorers, not astronauts.” 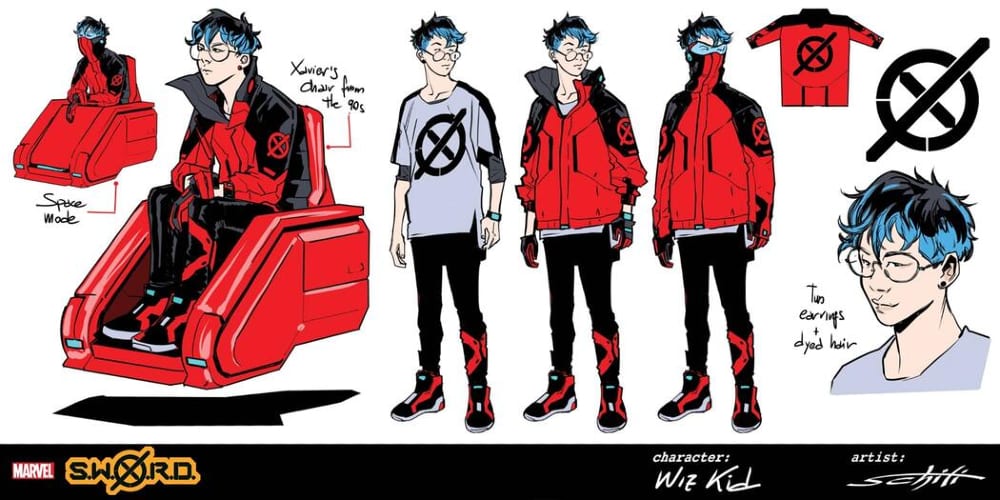 Ewing and Schiti have an interesting lineup for SWORD. Along with Abigail Brand and Manifold, the team consists of Frenzy, Wiz-Kid, Cable, Magneto, and—even more shocking than Magneto—Fabian Cortez. As impressive as this team is, there’s a glaring omission: Beast. There are several reasons why this is worth noting. First, the last, short-lived SWORD series, by Keiron Gillen, Beast was one of the main players. He’s also Abigail Brand’s romantic partner. Or, as she called herself, Beast’s “xenophiliac experimentation partner.” 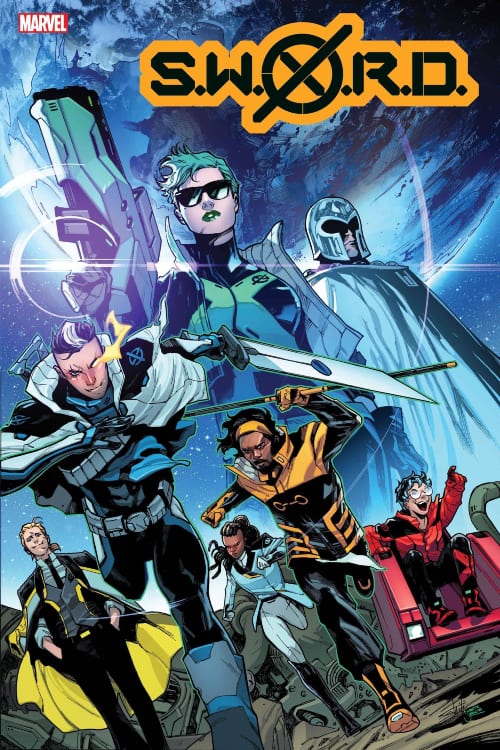 But Beast is curiously absent from the new roster. We have no idea what will happen in X of Swords, but over in X-Force, Beast isn’t on anyone’s good side. His actions already made Jean Grey quit the team. And after he publicly apprehended all Russian mutants on Krakoa, Wolverine was infuriated, he punched Beast in the gut. The big blue fury mutant is lucky Wolverine didn’t snikt first. Because he’s on the cover of X of Swords: Creation, the first chapter of the event, he’ll probably play a significant role in the epic. So, where’s Beast in SWORD? Is he dead? In the pit? Did he quit? Break up with Brand?

Or maybe Ewing and Schiti just didn’t want a morally compromised blue fur monster on the SWORD team. Regardless, SWORD might be the linchpin to the future of the Marvel Universe.

Just what kind of relationship do they have? (Image: Astonishing X-Men (2004) #27, Marvel Comics)