Home » COMICS » Star Wars: Rise of Kylo Ren #2 Reveals a Lot About the Knights of Ren

Star Wars: Rise of Kylo Ren #2 Reveals a Lot About the Knights of Ren

One of the cool things about the Star Wars universe is how the storytellers insert details that suggest there is far more story going on than we know about. It started in A New Hope, when Ben Kenobi first mentioned the Clone War or Han Solo mentioned Jabba the Hutt. In this new trilogy, one of the most intriguing parts of Kylo Ren and his backstory is the group known as the Knights of Ren. Well, in the comic solicitation for Star Wars: The Rise of Kylo Ren #2, we learn some key details about how Ben Solo met this group. We also learn a key detail about his fall to the dark side, and the potential for other Jedi to be out there in the galaxy somewhere.

After The Last Jedi revealed what happened when Ben Solo destroyed Luke Skywalker’s Jedi training temple, speculation abounded. Luke told Rey that Ben slaughtered all the students save for “a handful” of them. Thus, folks believed that those students fell to the dark side with Ben and became the Knights of Ren. Yet, now thanks to the solicitation for Star Wars: The Rise of Kylo Ren #2, we’ve found out the truth.

In the image above, we see Luke Skywalker and a young Ben Solo caught up in a fight with the Knights of Ren. This means that group existed before the fall of Luke’s training temple. Of course, as they are all masked figures, it could be anyone under there. This is where the official synopsis of the issue provides answers that Luke didn’t have in The Last Jedi about what happened to the rest of his students.

“With the new jedi school in ruins and fellow students hot on his trail for the murder of their master, Ben Solo flees to the only friend he has left in the galaxy…a man named Snoke. But Snoke has plans for  Ben…and ideas about the Force that are as dangerous as they are intriguing for the troubled young Jedi. If Ben wishes to be truly free…the answers might lie with the dark side. And with the Knights of Ren! But it won’t be the first time he’s tangled with the Knights. In the past, Jedi Master Luke Skywalker journeys to the Unknown Regions and brings young Ben along for the mission. Can even Luke Skywalker stand against the fabled Knights of Ren?” 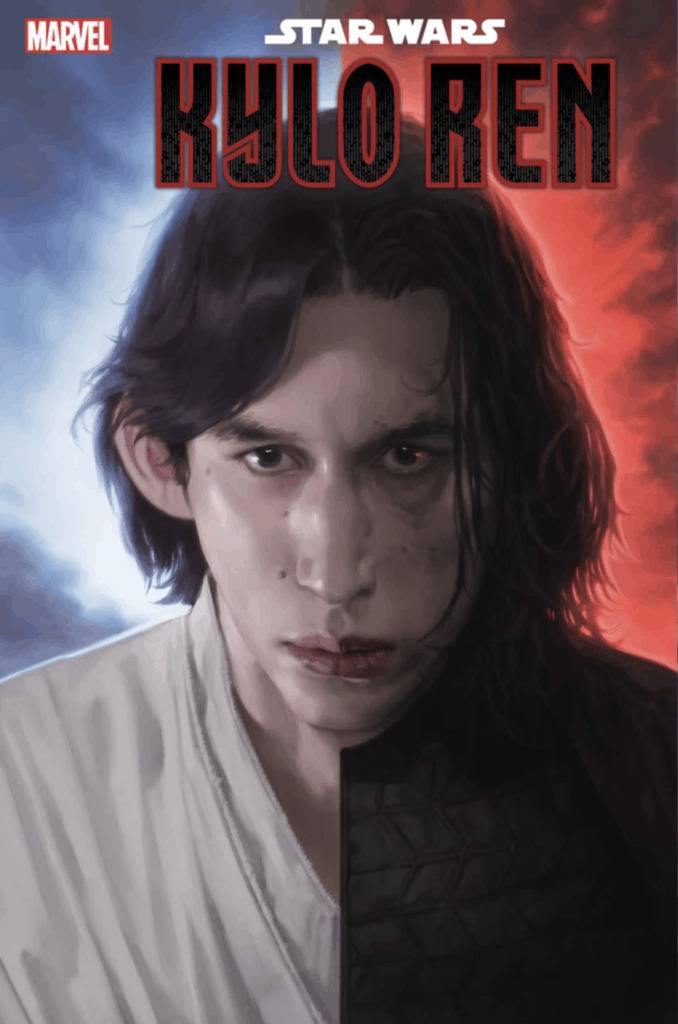 That is a lot of revelations about key parts of Star Wars canon in the official synopsis for Star Wars: The Rise of Kylo Ren #2, an issue of a comic series. It’s almost mind-boggling that this was the venue Lucasfilm’s story group chose to tell this story.

What This Tells Us About Kylo and the Knights of Ren

The obvious revelation about the Knights of Ren is that they were not created when Ben Solo took up the name of Kylo Ren. This raises the question of whether or not “Kylo Ren” is a name he adopted or a title he earned. One also wonders if Snoke and the Knights of Ren were associated before this or if Kylo/Ben is who brought them together. In the two previous comics dealing with Kylo Ren’s and Snoke’s backstories, we don’t see the knights at all. Also, it will be interesting to see how the encounter with the Knights of Ren went while he was Luke’s padawan learner. It’s also possible that Luke and Ben kill the original Knights of Ren, and that Ben recruits new people to assume their mantles. Yet, the solicitation suggests that while on-the-run, Ben seeks out that group.

The other cool detail has little to do with Kylo and the Knights of Ren, but with Luke’s training temple. The “handful of students” that disappeared didn’t leave with Ben. They chased him. The solicitation for Star Wars: The Rise of Kylo Ren #2 reveals that the surviving students believed Luke Skywalker died. It also sounds as if these students are out for revenge. So, either Snoke and Kylo recruit them to be the new Knights of Ren, or these surviving students face off against them and fall. Either way, it will be an incredibly epic expanded universe Star Wars story that can enrich viewers’ appreciation of Star Wars: The Rise of Skywalker.

What do you think? Are the Knights of Ren Luke’s former students or a group that Ben Solo joins? Share your theories and thoughts in the comments below.