Saga Returning In 2022 After A Painfully Long Hiatus! - Comic Years

Home » COMICS » Saga Returning In 2022 After A Painfully Long Hiatus!

Saga Returning In 2022 After A Painfully Long Hiatus! 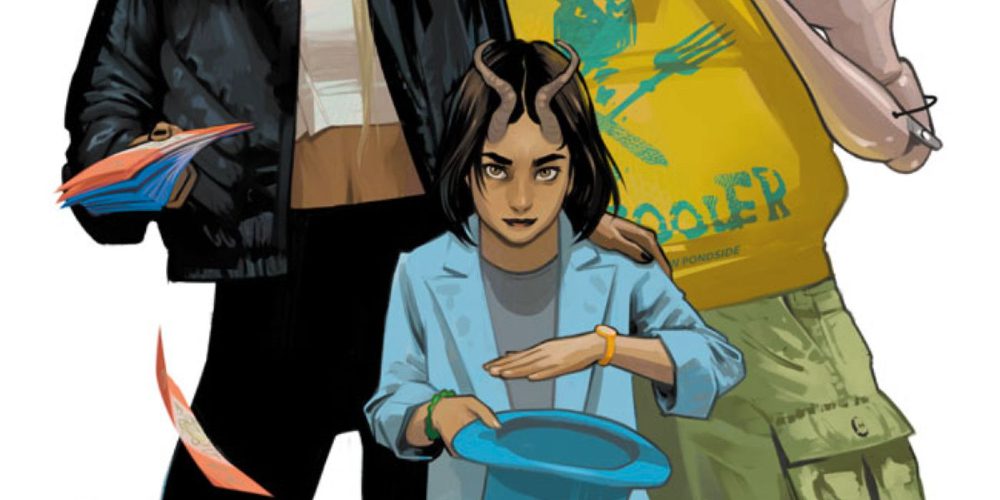 When Brian K Vaugh and Fiona Staples’ Saga first debuted, it was an instant classic. It’s like Arya Stark and (Tom Hardy’s) Venom teamed up to reboot Romeo and Juliet, with Michael from the Good Place producing. But between big story arcs, every 18 issues or so, Vaughn and Staples took much-needed breaks. However, it’s been over two years since Saga #54, which ended on such a devastating cliffhanger that – because of the long hiatus – readers assumed was the ending. Just a terribly depressing ending. Yet, that’s not the case. Image Comics finally announced that Saga is returning in 2022!

With Saga Returning, What Do You Need to Know? 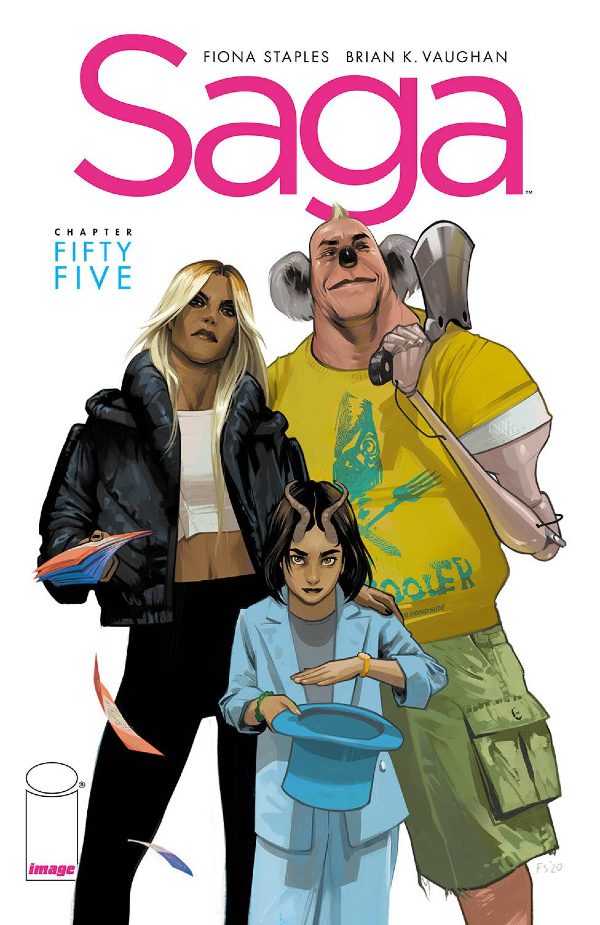 Currently, there are nine trade paperbacks available, three deluxe hardcovers, and one compendium. The best way to read the series is by the deluxe hardcovers. Saga jumps in time every 18 issues. Book One covers issues 1-18; book two has 19-36, and book three gives us 37-54. The series follows Hazel, the daughter of two parents from rival cultures at war. The family goes on the run, newborn and all. But this isn’t a cutesy story. Even the covers caused controversy from time to time, with two of them featuring Hazel breastfeeding. Because for some reason, a perfectly normal, natural part of life is highly offensive to many Americans.

By issue 54, Hazel is about nine years old. However, based on the cover of issue #55, she looks like she’s a pre-teen, so expect another time jump.

Should You Even Bother Catching Up to Saga? 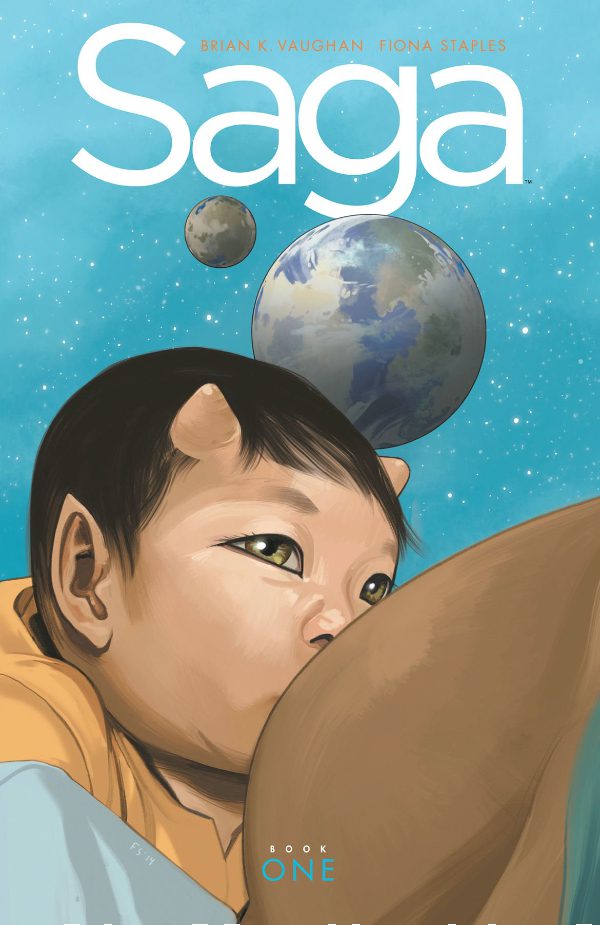 Yes. Yes, you should. I’ve used the first three trades while teaching comics and graphic novels, and more than half of my students went out to buy the continuing trades. The others probably got them illegally. The title Saga isn’t hyperbole. This is a truly epic saga, and now that it’s returning, we finally have a reason to cry every thirty days again!

No, really. Have tissues nearby. This gets deep.

A Guide To Pirates Of The Caribbean: Curse Of The Black Pearl, The Weird Movie That Launched A Franchise
Tales Of The Walking Dead Anthology Series Officially Greenlit At AMC