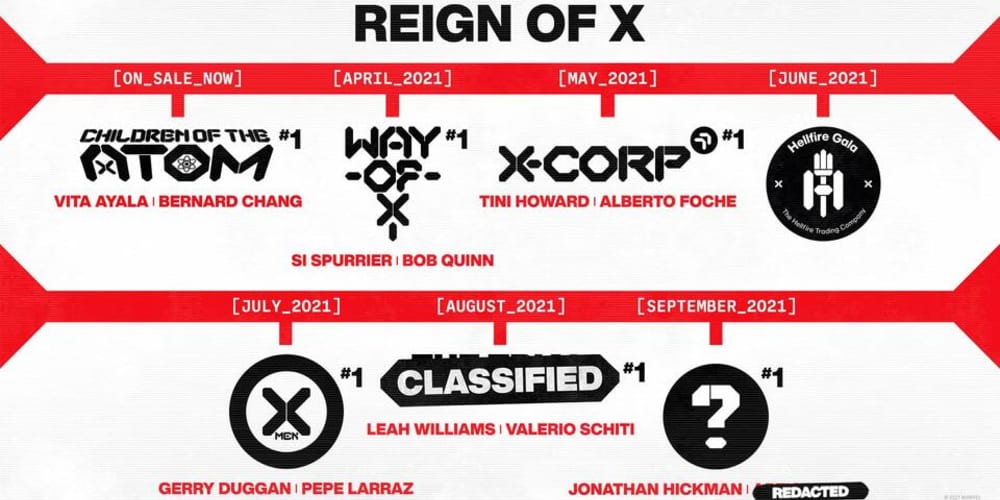 This summer, the X-men are all heading to one pivotal night: the Hellfire Gala. We don’t know what the X-Office has in store for the mutants for the Gala, but we do know that they will reveal the new X-Men team – the one where you could vote for the X-Men team member you want on the team. I’m still hoping for Strong Guy. But once the Gala ends, there’s going to be a shakeup not just for the X-Men, but at the X-Office too. We’re getting three new X-Men series this summer, but two of them are complete mysteries. 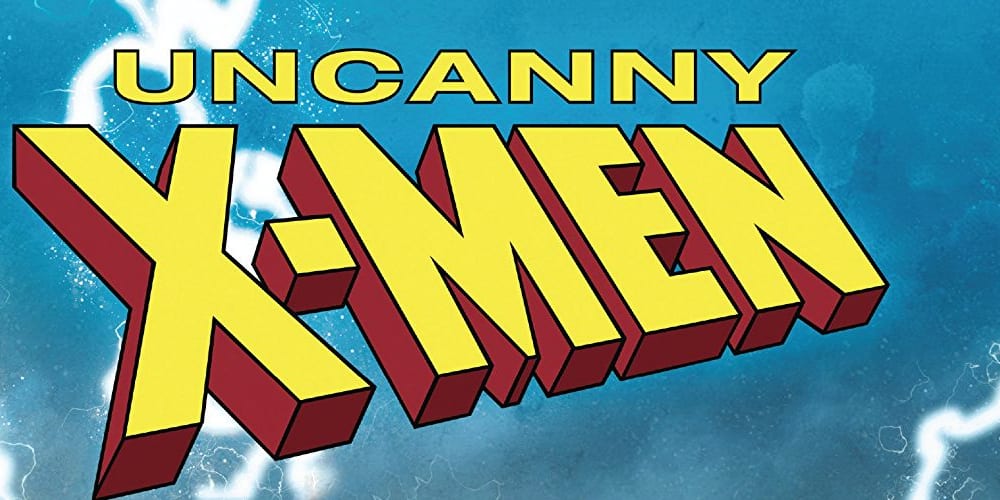 The first isn’t exactly a new series. Jonathan Hickman’s revamped X-Men title is coming to an end. But in July 2021, Gerry Duggan and Pepe Larraz are relaunching the title. Now, generally, when Marvel reboots a series, it feels like another cash grab. But with Jonathan Hickman still operating as the “Head of X,” this #1 is probably for a good reason.

The next two new X-Men series coming this summer, however, Marvel is keeping secret. But, if we look at the image above, we might be able to learn something. The series from Leah Williams (X-Factor) and Valerio Schiti (SWORD) is pretty well-covered, but we can just about make out that the first word says “the.” Now, that might not seem like much of a clue, but the rest of the title is short too, and there haven’t been many X-Series with “The” and no adjective after. Right now, I’m guessing it will be a new series title altogether, such as Way of X.

Now, the new Hickman series is twice redacted. We have a big question mark and the artist’s name blocked out. Now, who would be such a big artist for the title that they would hold off revealing their name? Hmm…I wonder. The title itself? Well, we haven’t seen an adjective X-title in a while, actually. So, I’m predicting we’ll see the long-awaited return of Uncanny X-Men, or the return of Astonishing. Either of those titles would be great for exploring the new team.

So, what characters do you want to see most in the new titles?