The New Spider-Man Suit is Most Definitely a Suit 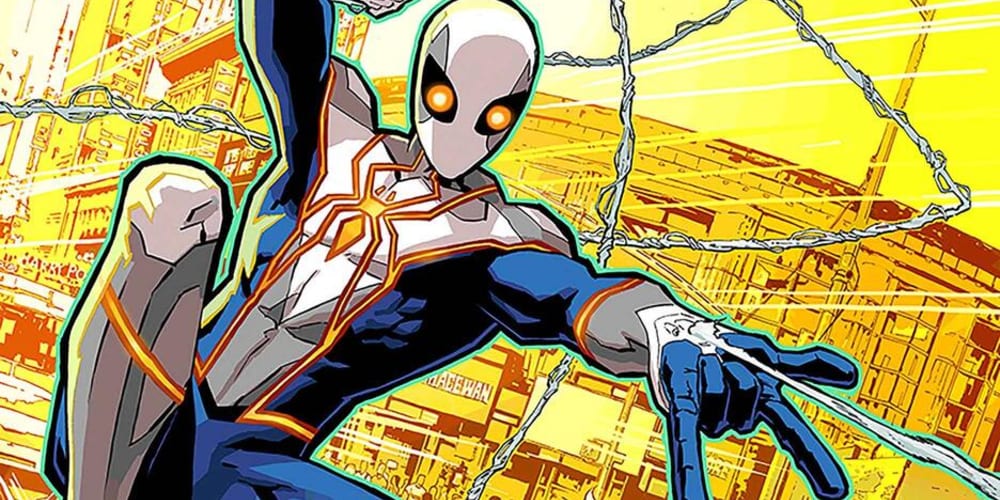 Marvel Comics just debuted a brand new Spider-Man suit, the next in a line of many, many costumes. He’s worn the all-black symbiote, a spider-armor, a suit that Tony Stark designed, and even a costume designed by the same dwarves who made Mjolnir. And now he’s in need of a new suit, with new capabilities. And in the words of King George in Hamilton: awesome. wow. So…here it is: 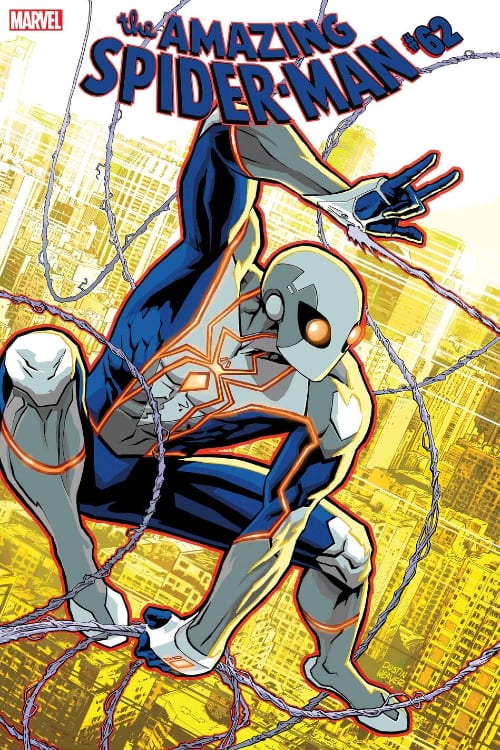 It doesn’t get better the more you see it. (Image: Spider-Man #61, Weaver Variant, Marvel Comics)

Spider-Man is no stranger to a Tron-inspired suit or two, but this one looks like they started putting a Tron costume together and ran out of orange LED lights. Then there’s the dull grey and dark blue combo, with the orange, that begs the question “who greenlit this?” Well, that would be editor Nick Lowe. “This design was really a collaborative effort between Nick Spencer, Editor Nick Lowe, and I,” artist Dustin Weaver said in Marvel’s press release. So, yes. this costume took three people to design. But if there’s ever a rule for comics, it’s “trust your artist.”

I normally love Weaver’s art, so I wonder to myself, “what in the bug-eyed balls happened here?” And sure enough, the editor and writer didn’t trust the artist, though Weaver put it nicely:

“They reined in the weirder and more techy features I was bringing and helped create something that I think is simple and both futuristic and classical…I can’t wait to see Patrick Gleason really bring it to life!”

Reigned in the weird and techy for something simple? It’s Spider-Man. He’s a man who has the vague abilities of a spider. And Peter Parker is a tech genius. Instead of reigning him in, they should have let him go all kinds of weird and techy.

So, that’s it. That the new Spider-Man suit. What are your thoughts? At least it probably isn’t one of the Spider-Verse 2 costumes.