New Joker War Batsuit Is Here and It Is Very…Interesting. - Comic Years

Home » COMICS » New Joker War Batsuit Is Here and It Is Very…Interesting.

New Joker War Batsuit Is Here and It Is Very…Interesting. 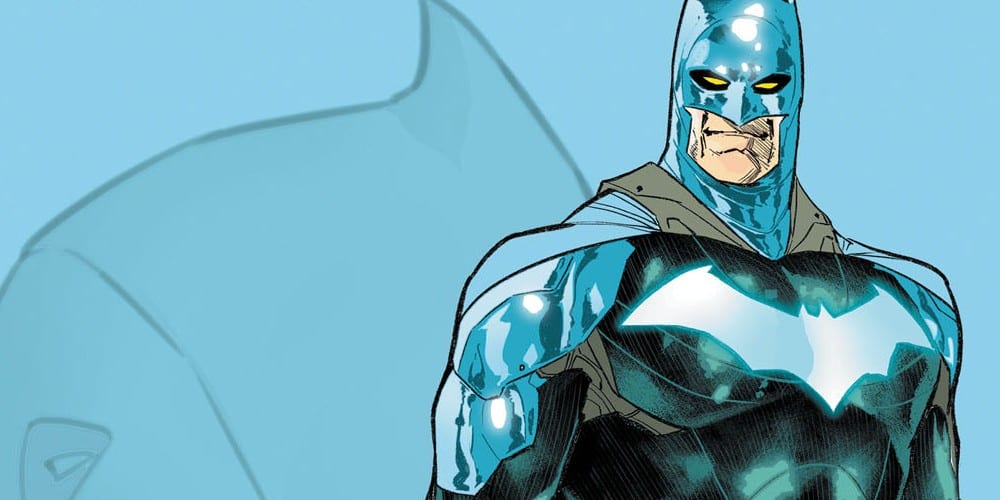 Batman has had more wardrobe changes than a runway model during fashion week. It’s part of the fun of the character; Batman is always adapting to whatever crisis he faces. Sometimes those crises demand underpants on the outside or very big pointy ears. Or a rainbow. The Lego Batman Movie mocked this brilliantly with the massive Bat-closet that included classics such as “disco Batman” and “Merman Batman.” Well, as Tony Stark says in Iron Man 3, it’s time to meet the “bouncing, badass, baby brother.” In the kickoff to Joker War, Lucius Fox and Batman discover a brand new batsuit. It’s definitely…different.

The New Batsuit in Joker War Has a Mystery Origin 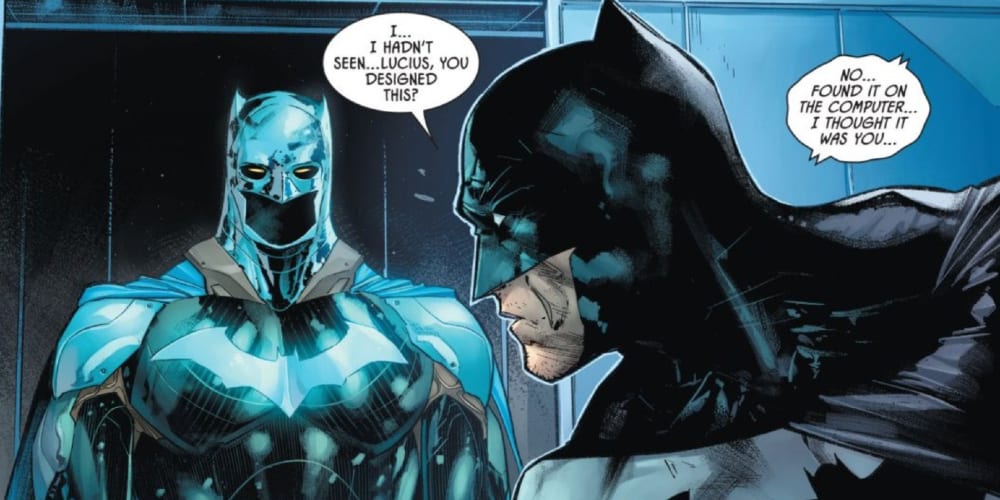 The long-awaited sequel to Dude, Where’s My Car?—Dude, Is This Your Batsuit? (Image: Batman #95, DC Comics)

It’s a bad sign that neither Lucius Fox nor Batman even know where this suit comes from. Aside from the new Batsuit and the one he’s wearing, however, Joker controls everything in Batman’s war arsenal. Joker took control over the Wayne fortune and all of Batman’s toys. So, a new Batsuit, especially one this armored up, looks like it would be a godsend. But will Batman risk wearing it, not knowing who designed it? Does he even have a choice?

Who Designed the New Batsuit and Why it Matters 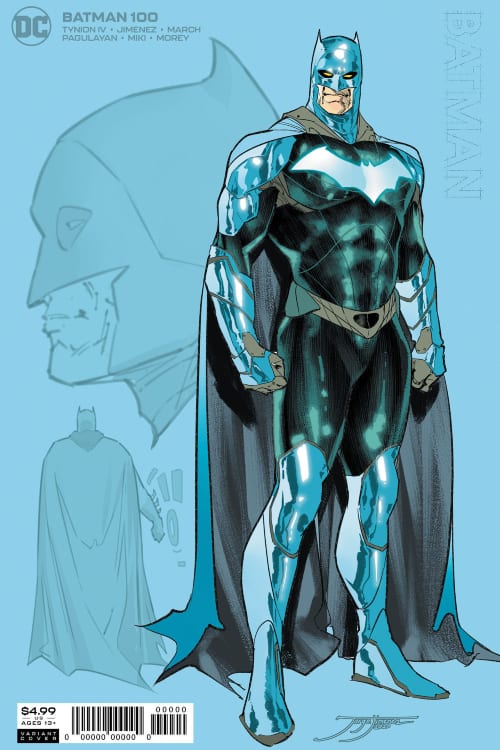 The style itself might give a little away. At first glance, it looks like a cross between Silver Samurai, Green Lantern, and a dash of Cyborg. The most interesting part of the new costume, however, is what it lacks: black and gray. The belt and some of the armor has a greenish-gray to them, but more on the olive drab side. The cape is a bright blue, but the inside could be gray or greenish—we’ll have to see it in action to determine if this is just shading or not. The body is a deep emerald green, and the cowl, gauntlets, and boots are a metallic almost turquoise. Then there’s that bright glowing bat symbol on his chest.

Best guesses? Alfred designed this before he died, as a contingency in case one of their many villains compromised Fox (which Joker has). Judging by the samurai-like armor, it could even come from Ra’s Al Ghul or Tahlia. But to fight the Joker, one of the most likely people to design this new batsuit is the Joker—especially in war, Joker is chaotic and unpredictable. Regardless, Bruce better hope it’s enough to take down the Joker and get his fortune back. Otherwise, Gotham is in a lot of trouble.

What do you think of the new design? Tell us in the comments below.