Who is Snowbird? Meet The Alpha Flight Members 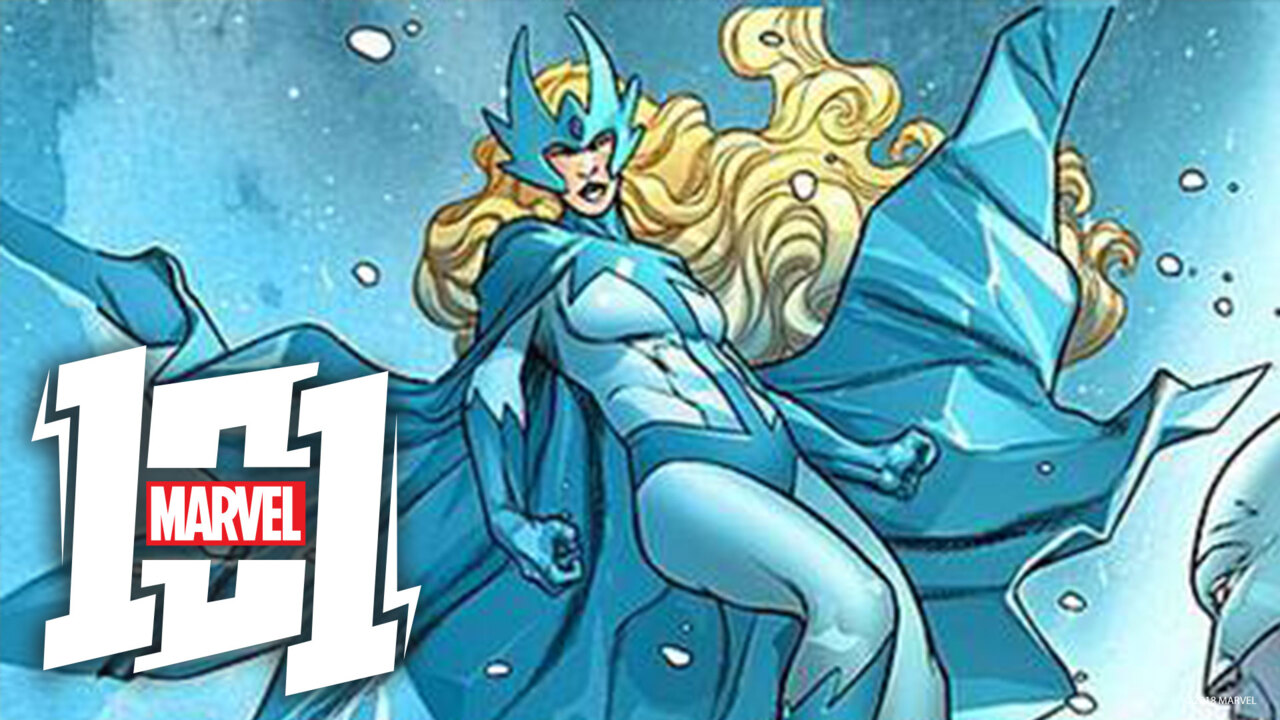 Snowbird is another Marvel Comics character. In this case, she is a superheroine. Daughter of Richard Easton and the Inuit goddess Nelvanna, in the era of 1900, conceived to fight against the mystical and evil “Great Beasts” found in Canada. About this superheroine, we tell you about her origin, biography, powers and abilities, armaments, and the different appearances. Read us to discover who is Snowbird! 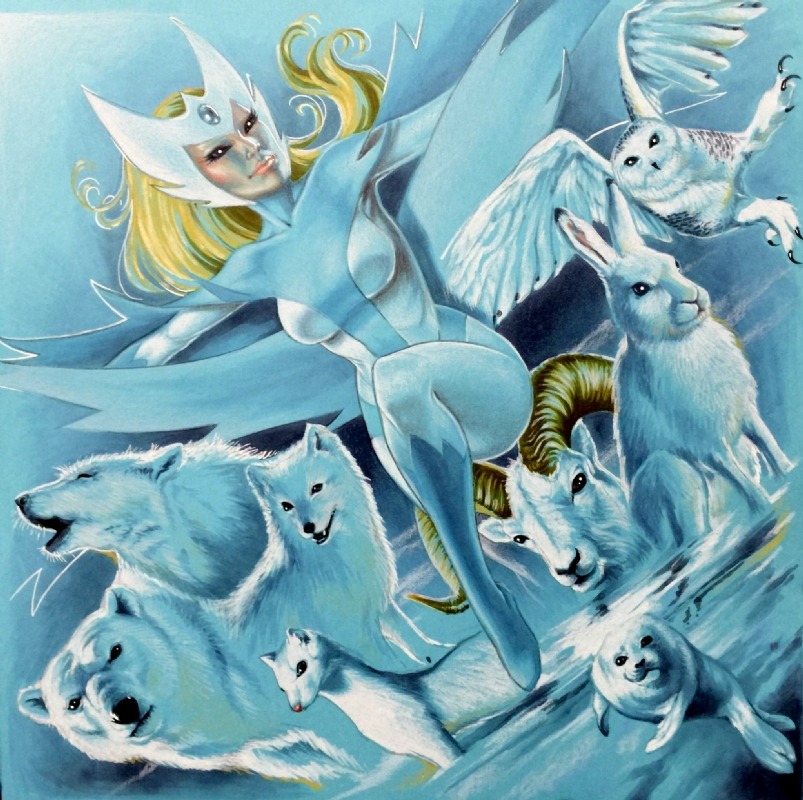 Snowbird is an Inuit demi-goddess who possesses among her gifts the ability to transform into both humans and animals native to Canada. She belongs to one of the Alpha Flight team members.

Origin and biography of Snowbird

The superheroine Snowbird appears for the first time in Uncanny X – Men # 120, in the year 1979, and was created by John Byrne and Chris Claremont; which is born first for fans and then is embodied in professional comics by the hand of Terry Austin in the ink and Byrne in the pencils. 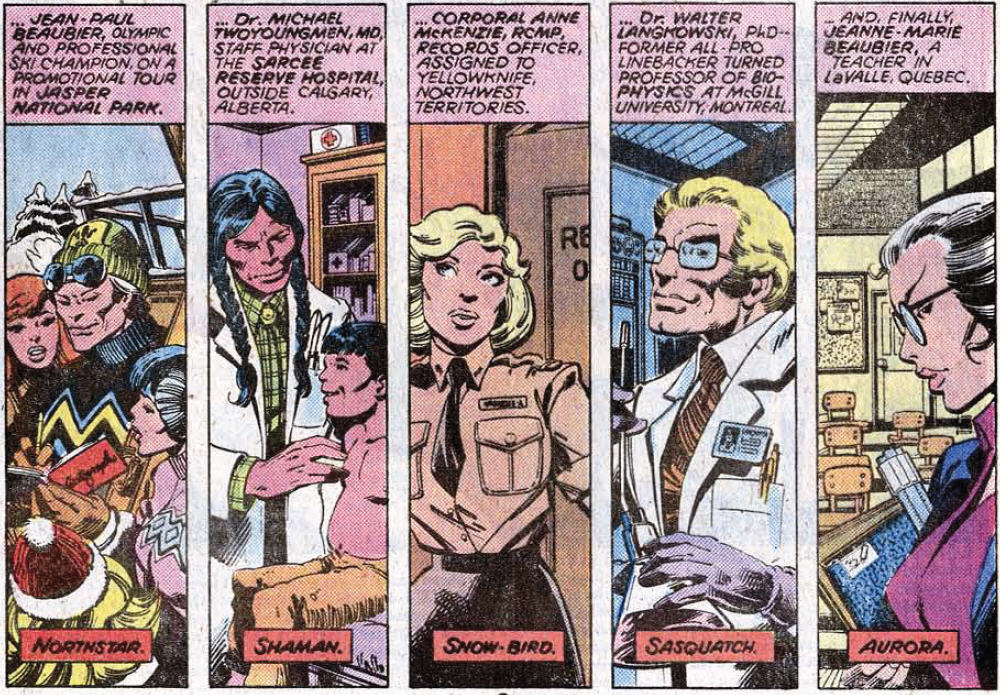 The comic book goes back thousands of years before the birth of the superheroine. At that moment, Tundra, the spirit of the arctic, a powerful and evil god of the North, created a mystical barrier in another dimension, trapping the Inuit goddess Nelvanna, who was helpless to defend her mortal kingdom on Earth.

Nelvanna managed to persuade Tundra brilliantly, negotiating the withdrawal of her divine powers to cross the barrier and mate with a male human on Earth and leave offspring.

When Nelvanna manages to pass the barrier, she meets Richard Easton, whom she convinces to have a child to fight against the mystical and evil “Great Beasts” in Canada. Richard and Nelvanna managed to conceive Snowbird in about the 1900s in Canada, the Northwest territories.

The Shaman, named Michael Twoyoungmen, was Nelvanna’s midwife when giving birth, naming the child Narya. The sorcerer cast a spell on Narya that allowed her union between the earthly realm. He agreed to raise her in the Canadian wilderness, in his hut, for her protection. The girl’s childhood passed, growing up very quickly. At an early age, she discovered her supernatural abilities. She could transform herself into any animal native to Canada, capturing all the attributes of the chosen creature in its appearance. Also, he can fly, possesses the gift of limited precognition and post-cognition, has magical and mystical power, and a certain degree of super-strength, but limited.

Like all superheroes, he has his weaknesses and is limited. His gifts remain as long as he does not leave the borders of Canada. If he does that, he immediately falls ill from the spell imposed on him by the Shaman and can, in effect, produce a fatal outcome.

As the years went by, Richard went mad due to the constant experiences in the spirit realm, invoking a spell to control and summon Tundra, burning himself upon completion of the spell. In effect, he managed to hold the god of the North, Tundra, but it was only for a brief period, and Marina later managed to destroy him.

Little is known of Snowbird’s childhood, but it is believed that he was in the battle against the arctic entities, which turned out to be as vicious as Tundra. Despite his adult appearance, as explained by the Shaman, he was only six years old at the time due to the acquired ability of unusual growth. 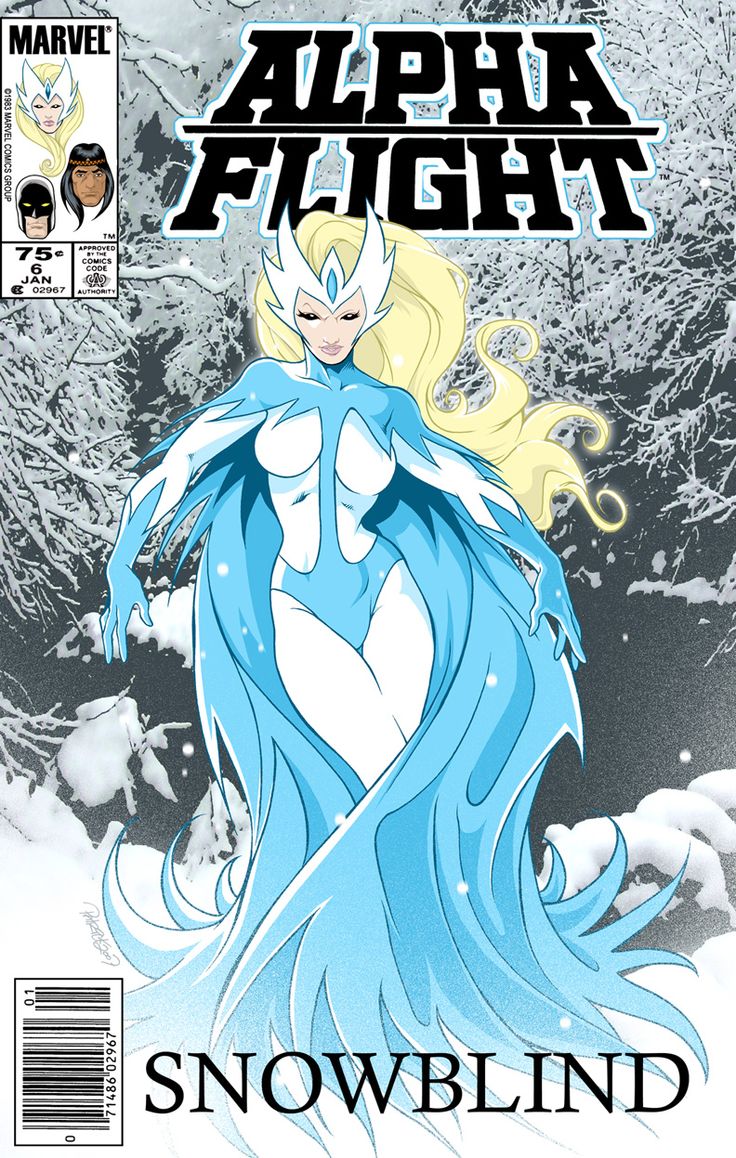 Heather Hudson and James Hudson, friends of Twoyoungmen, upon learning of the origin and superpowers of Narya, propose she join the super team Flight, which later became known as Alpha Flight. When Narya joins the team, she adopts the name “Snowbird” every time she enters combat on the battlefield, being “Anne McKenzie” in front of the public.

When she acquired her human form, she trained to join the Canadian Mounted Police, working as the Records Officer in Yellowknife, also located in the Northwest Territories. Both Anne’s identity and job were abandoned when Inspector Hamilton took over as chief because of the heroine’s constant unexcused absences, which resulted from her actions as a superhero, later escaping to fight Kolomaq.

During her time as a ranger in Canada, Snowbird fell in love with Douglas Thompson, her co-worker, to whom she confided her secret, subsequently marrying him and giving birth to a son. This affair led to her expulsion by the Inuit gods, who stripped her of her divine essence.

Snowbird’s family was killed by the villain Pestilence, who tried to put an end to her teammates. Snowbird loses her life in the Canadian Klondike when Vindicator explodes plasma to prevent Pestilence from taking her body. 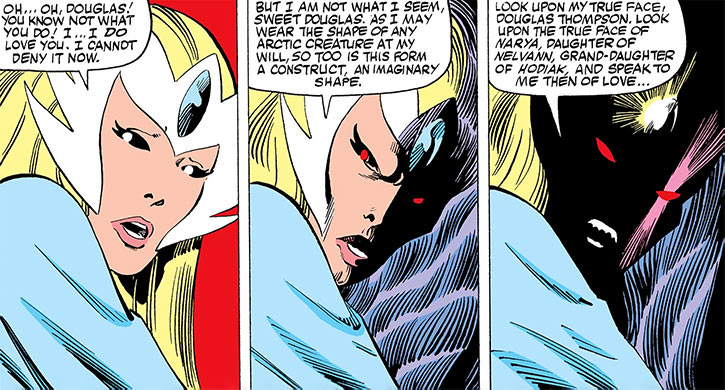 After her death, the spirit of the superheroine ascends to the realm of the Inuit gods, refusing to enter if the gods did not allow her son and husband to be by her side, who finally gave in.

Meanwhile, Snowbird’s body was still in Pestilence’s possession, bringing the Alpha Flight team into action, but Heather banishes the villain into the vacuum of Twoyoungmen’s medicine bag. At that instant, Sasquatch, Walter Langkowski, the super heroine’s teammate, was trapped in Smart Alec’s body and was transferred into her body, subsequently altered to look like Sasquatch.

Years pass and Snowbird returns from the dead, where she is resurrected in her grave, and once again becomes an active member of Alpha Flight, no longer physically confined to the Canadian border.

In Secret Invasion, we see an active Snowbird, who is part of the team of gods called the “God Squadron,” meets with Hercules and fight against the Skrull gods, since if the latter win, the gods who defend humanity will be enslaved or devoured.

The new Guardian, Michael Pointer, proposes to Snowbird to be part of the new Omega Flight team. Since they have lost to the Great Beasts, their marriage has ended, and the old Alpha Flight team has already disappeared, and she firmly refuses. Which she later regrets.

Later, Snowbird transforms into the Devastating Neooqtoq, becoming the most devastating of the Great Beasts of the North. In this new role, she loses her rational mind and kills everything in her path. She works like a magnet attracting all the fallen gods, collapsing on herself.

At the last second, she turns into a swarm of mosquitoes, rejoining the battle against the Skrull gods. There she honors her fallen teammates and rescues Cho. At the end of the battle, with the death of Amadeus and Hercules, Snowbird descends, weeping like a great white bird, back to Earth, attending his funeral. 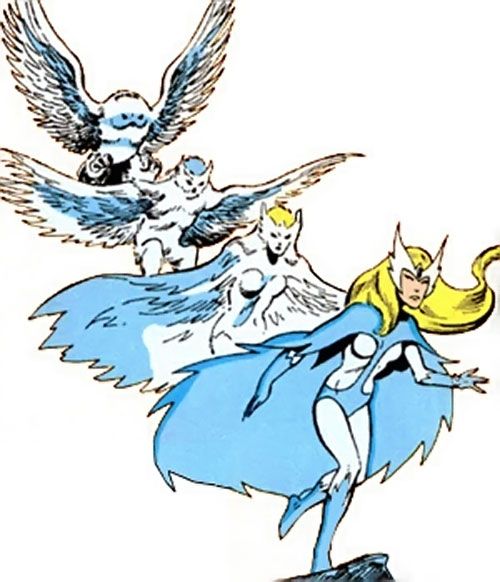 Snowbird’s powers and abilities are part of the race of superhumans, known as the Arctic gods of Canada, being able to become any animal native to Canada.

Likewise, she can turn into a woman; when she does, her hair is blonde, her eyes are blue, and she can also present herself with black eyes with white pupils. When it transforms, it takes the strength and abilities of the one who transforms. If it is an owl, it can fly, for example.

In addition, when this transformation occurs, it occurs because it extracts additional mass that belongs to an as yet unidentified source. When it returns to its human form, it is expelled. It has managed to transform into:

Despite the above, the personality as such of the superheroine is superimposed on the character traits and instinctual patterns when she assumes some animal form. But, if she spends too much time with an animal, she may risk her personality becoming fixed as his, and she may not transform back.

Changing from one animal to another without switching to her basic form creates a lot of stress for her. All these limitations were reduced when she was resurrected. Since then, she has been able to do so without any stress.

When assuming her basic form, she has:

By transforming into any animal in the area, it can:

After a battle against the Great Beast Kolomaq, Snowbird developed the power of instant healing when she was severely injured, which occurs only in her basic form. If she transforms, it is unknown if this power activates.

She has also demonstrated unusual growth from child to adulthood; her pregnancy took only two weeks. Despite possessing the wisdom and knowledge of the Arctic gods, she does not know how to use it due to her young age.

Finally, Snowbird has the ability to:

Weapons as such Snowbird is unknown to wield.

Snowbird’s appearances are few. We will tell you about them below: In the comics, Snowbird appears in Marvel Zombies: Dead Days. On this story, Magneto transforms into a zombie and attacks Cyclops but is stabbed in the brain with a stick. Also, in 2008, she appeared in Ultimate X-Men #9, where she appears as a Canadian First Nations woman in a white suit and attacks the X-Men with the Ultimate team of Alpha Flight.

In that character, she demonstrated the ability to create and control any of the weather patterns that resemble a blizzard, as well as she can fly. With the capabilities revealed, she could attack Ultimate Storm, taking down one of the young mutants. She did so by generating a localized blizzard. 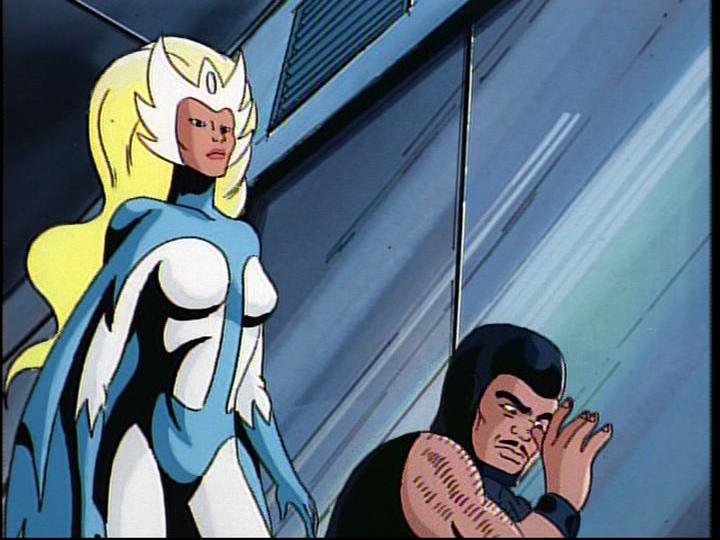 Snowbird’s TV appearances are not many. She appears in the animated series X-Men, where she is interpreted in the voice of Melissa Sue Anderson. Specifically, she demonstrates her abilities of transformation into a white wolf and snowy owl when she tries to capture Wolverine. This happens in the episode “Repo Man.”

The superheroine made another appearance in the episode “The Phoenix Saga: Child of Light”. When together with her team, she shows the heroes rescuing civilians from natural disasters around the world.

Snowbird: a divine origin and an exciting history 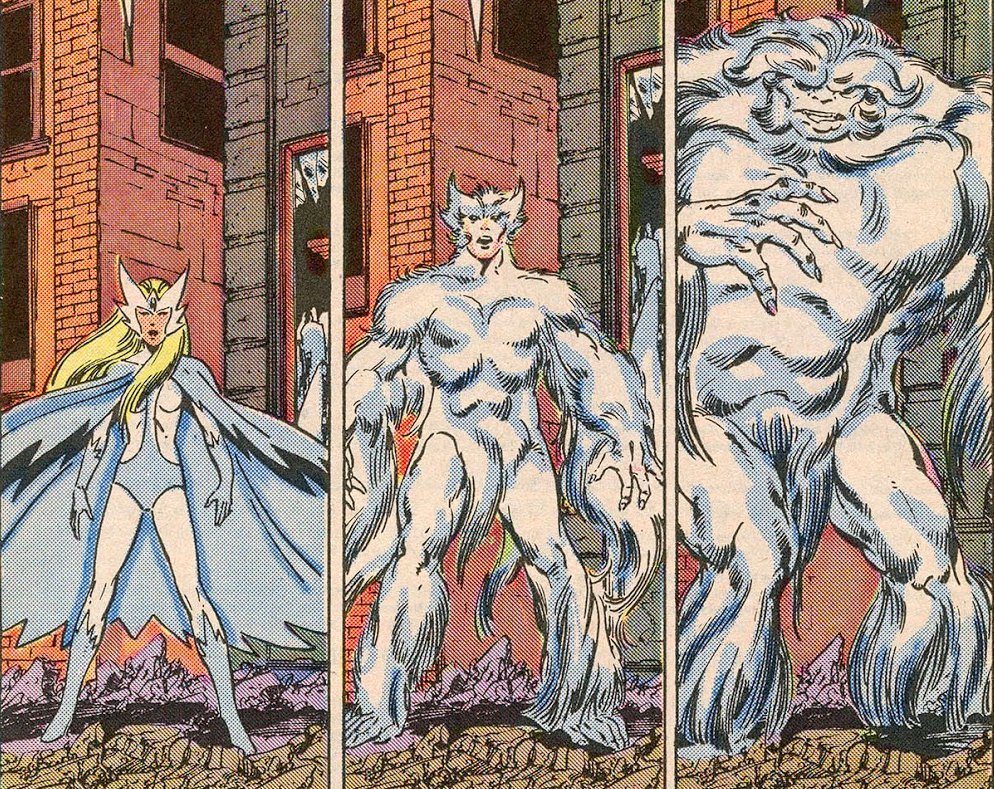 Snowbird is another of Marvel’s little-known characters. His most predominant powers are the transformations he can perform on any of the animals he is in Canada. Demonstrating a divine origin and an exciting history.

The abilities displayed to capture the attention of those who see her: she can fly, she has the ability of precognition and post cognition, which is limited. She has the same magical and mystical power, and a certain degree of super strength, but is limited. These amazing features make her one of the Marvel characters to watch out for.

Although she is unknown to the general public, perhaps because of her few appearances, Snowbird may surprise us in an intervention in a Marvel Cinematic Universe movie.

What To Watch At Home – 5 Picks To Stay Home!
Vincent D’Onofrio Shares Photo Amid Kingpin Return