Who Is Rocket Raccoon? Meet The Guardians of the Galaxy Hero

Who Is Rocket Raccoon? Meet The Guardians Of The Galaxy Rocket Raccoon is a Marvel Comics character. This intelligent anthropomorphic raccoon is a weapons specialist, expert marksman, and master in tactics. Artist Keith Giffen and writer Bill Mantlo created him. Rocket appears for the first time in 1976 in Marvel Preview #7. This superhero will have great relevance in Guardians of the Galaxy Vol. 3 since we will finally know his origin, which apparently is a sad one. 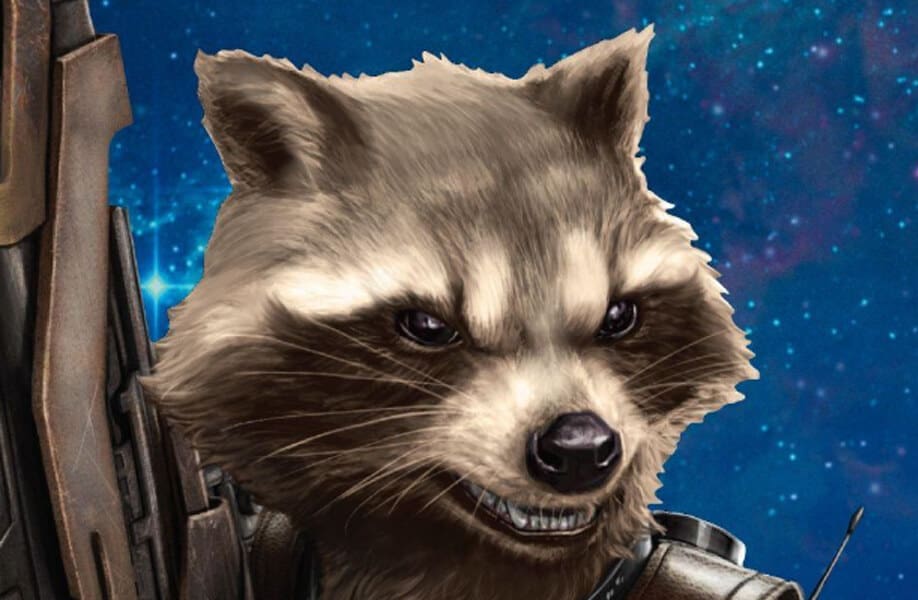 Who is Rocket Raccoon?

Bill Mantlo and Keith Giffen created Rocket Raccoon inspired by the Beatles’ song “Rocky Raccoon.” We can see references to this song in The Incredible Hulk #271 of 1982, “Now somewhere in the black holes of Sirius Major, there lived a boy named Rocket Raccoon.” In that comic, Rocket stops a villain who wanted to steal the “Gideon Bible” to help the Hulk. This bible is essential since it contains the sum of all the knowledge about the Loonies’ colony.

In 1976, Rocket Raccoon appears for the first time in Marvel Preview #7, specifically in “The Sword in the Star” under the name “Rocky.” In 1982 he appeared on the scene in The Incredible Hulk #271, where we discover his name is “Rocket.” He had his limited series in 1985, penciled by Mike Mignola, and inked by Al Gordon and Al Milgrom. This series had four issues.

In 2010, Rocket Raccoon was canceled in issue 25, where he was a regular cast member of the series. Likewise, he appeared in the limited series The Thanos Imperative. In 2011, he allied with his partner Groot in Annihilators #1-4, and in 2012 in Annihilators: Earthfall #1-4. 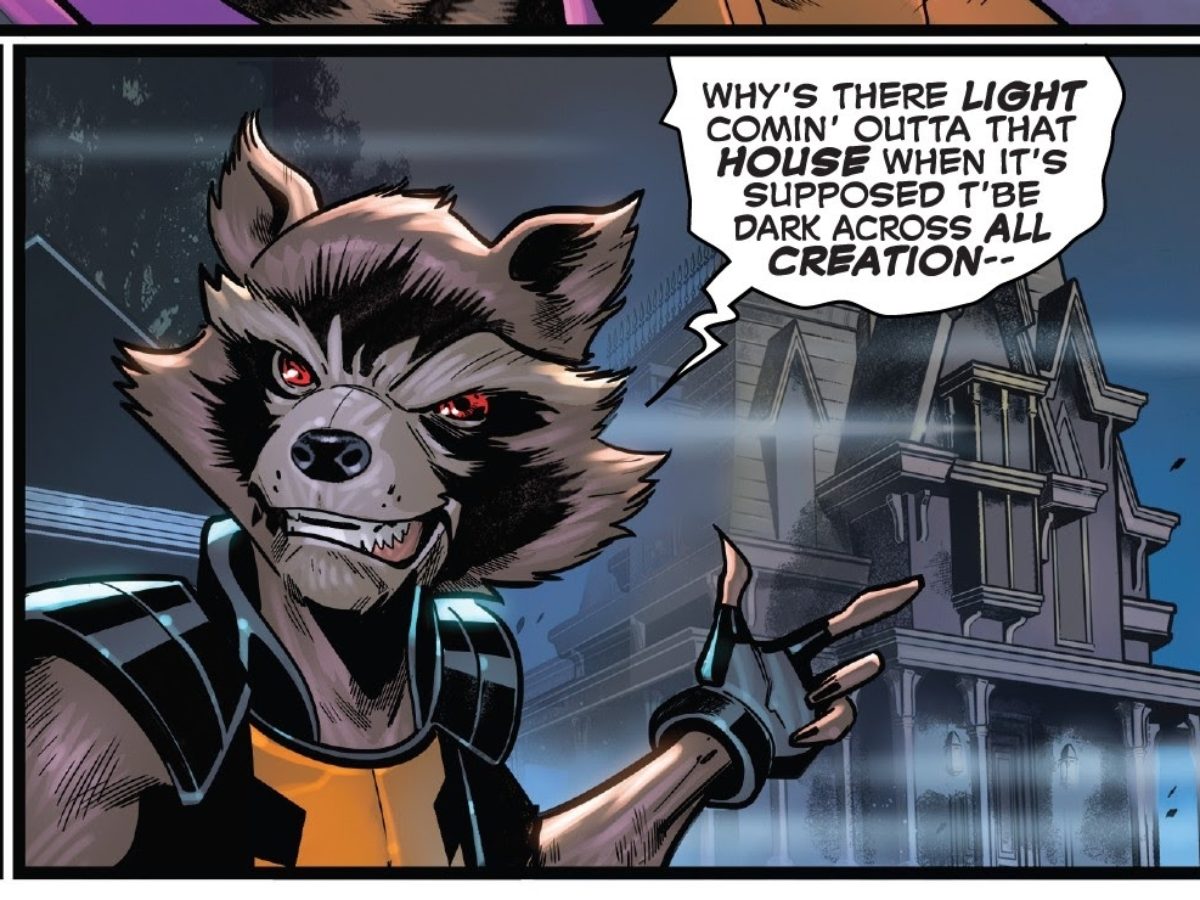 In Avengers Assemble, Rocket Raccoon appears in issues #4-8 alongside members of the Guardians. That series would give the preamble to the fans of the movie The Avengers. In 2012, he came out as a featured character in Guardians of the Galaxy vol 3 to relaunch Marvel NOW!

In 2014, Skottie Young released a Rocket Raccoon series that sold more than 300,000 copies in its first issue alone, July 2014. The series ended in 2015, like many of the titles that Marvel’s Secret Wars canceled. In 2016 All-New, All-Different Marvel relaunches, and Rocket came out with a new issue.

The Guardian of the Keystone

In what is dubbed the Galatian Wall, Rocket Raccoon is the “Guardian of the Keystone Quadrant.” In this case, he is the captain of the ship Rack ‘n’ Ruin, which, next to Wal Rus, originates from the planet Halfworld. On that planet is Keystone Quadrant, a colony where they care for the mentally ill. Their animal companions have been genetically modified to be manipulated, and have the capacity and intelligence of a human beings.

The bodies of these animals are bipedal, and their function is to be caretakers of the inmates. In this case, Rocket was the primary law enforcement officer, in his case, “Ranger” of Halfworld, charged with protecting the colony from outside threats.

When Judson Jakes tried to steal the Halfworld Bible at one point, Rocket and his animal associates immediately stopped him. This started what was called the War of the Toys, originated by Jakes, and paralleled the kidnapping of Lylla Otter, Rocket’s friend. While this war was going on, Blackjack O’Hare joined Rocket, and they saved Lylla to reunite.

The war ended, and both Rocket and his friends were able to cure the Loonies of the mental illnesses caused by the death of Judson Jakes and Lord Dyvyne. After the destruction of the Rack ‘n’ Ruin, animals and robots left Halfworld to live their adventures in another space. Sometime later, it was discovered that Rocket was a laboratory subject where the Stranger resided and escaped from captivity.

Guardians of the Galaxy

Star-Lord chose Rocket Raccoon for his gallantry to be a team member and thus stop the infiltration of “Phalanx in the Kree home world.” The character is an innate strategist, a military man gifted with qualities of loyalty, insight, and fearlessness. But, due to his origins, he has an evident “obsessive compulsive disorder.”

After this, Star-Lord invites Rocket to be part of the new Guardians of the Galaxy, who owe their name to his suggestion. The role of this character has been fundamental on several occasions since he is the one who has assumed the leadership and avoided dissolving when for any reason, Star-Lord has been absent. Specific cases when Star-Lord was sent to the Negative Zone by Ronan. 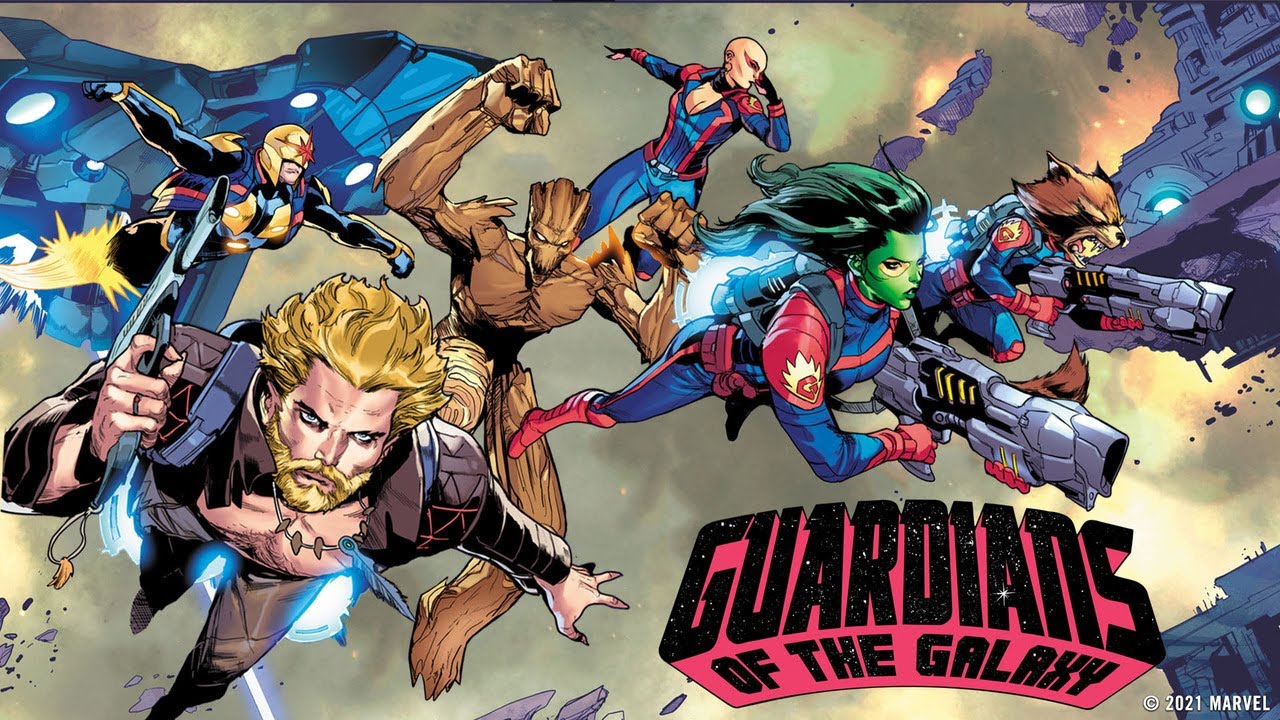 Groot, Rocket’s loyal companion and friend, is also part of the team. They have had many adventures alongside the Guardians of the Galaxy, saving Earth from alien invasions on several occasions and in the War of Kings.

Rocket Raccoon has attributes typical of his species, including speed, amplified by the training he has received. In addition, he possesses a much more acute sense of sight, hearing, smell, and touch.

He has raccoon-like claws, which are pretty sharp, allowing him to easily climb buildings, walls, and trees. He is a skilled spacecraft pilot, a brilliant technician and engineer, and an expert marksman with the two laser pistols he has as part of his armament.

Rocket has a strong affinity for heavy weaponry. He is a natural military leader and master tactician, which has allowed him to take charge of the Guardians of the Galaxy as second-in-command when Star-Lord is unavailable.

Characters that Accompany him

Rocket Raccoon has made several appearances in various media as an active member of the Guardians of the Galaxy.

Rocket Raccoon has made several television appearances, such as:

In the Marvel Cinematic Universe movie, Raccoon appears in live-action films where Sean Gunn plays him via motion capture, voiced by Bradley Cooper. The real name of this version of Rocket Raccoon is 89P13, and his appearance shows cybernetic implants in his body. 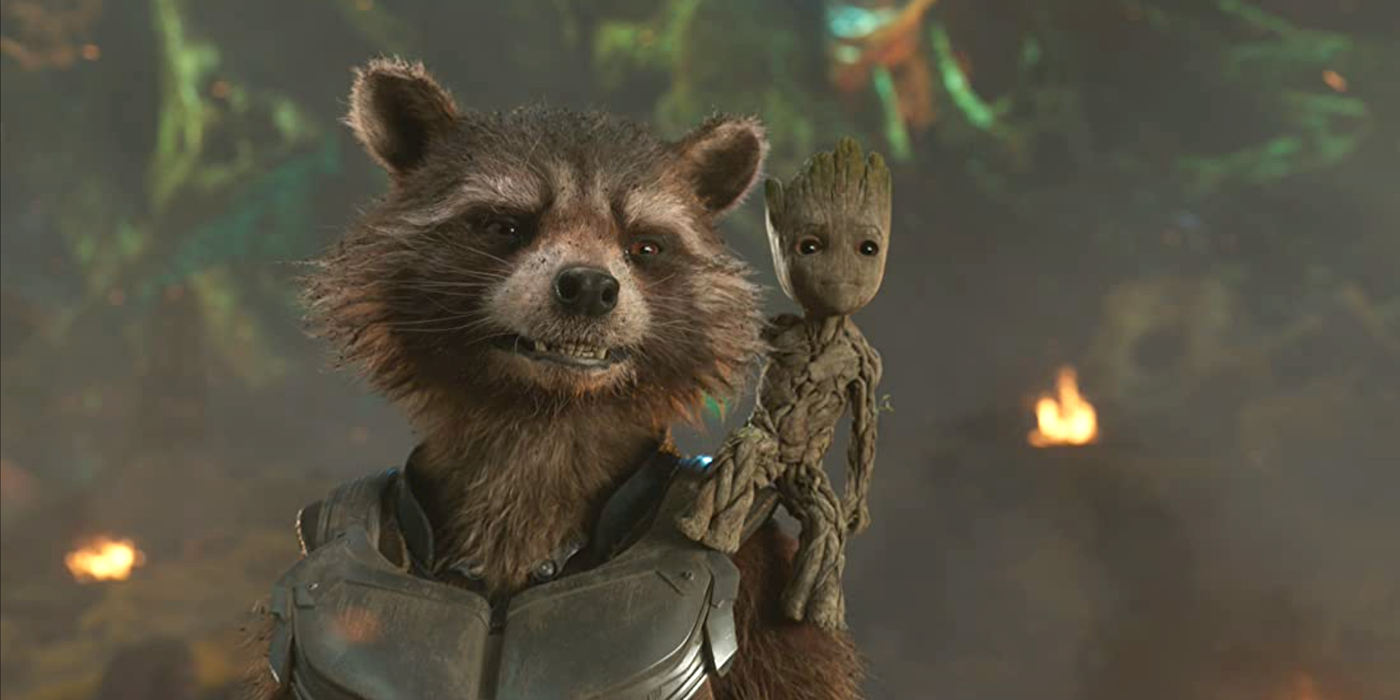 Among the video games Rocket appears in are:

Actor Bradley Cooper voices Rocket Raccoon. The saga director, James Gunn, has stated that Rocket is his favorite character, and we will finally see his origin story. In the trailer, we see a baby Rocket, but who knows if we will also see the ending to this lovable character.