Who Is Nakia? Introduction To Black Panther: Wakanda Forever

Who Is Nakia? An Introduction To Black Panther: Wakanda Forever Characters 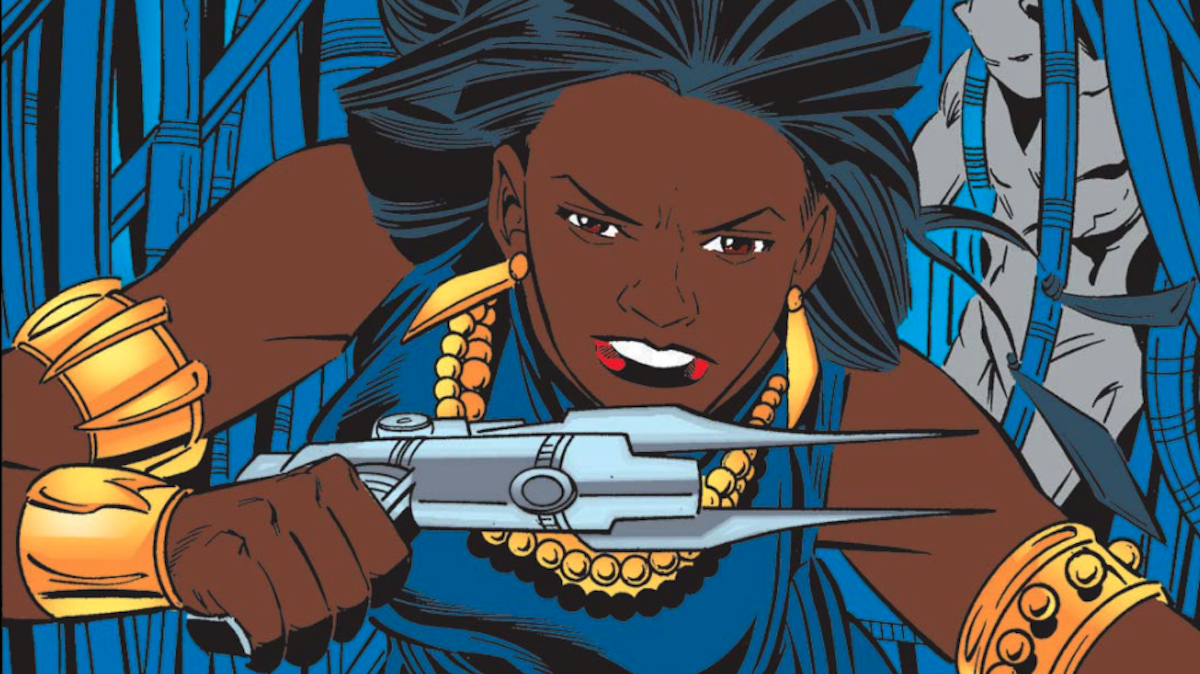 Read to find out who Nakia is, her background story, origins, other versions, and her role in Marvel’s Black Panther: Wakanda Forever. It is no secret that the Covid-19 pandemic affected our lives and the entertainment world. But Marvel has continued releasing films like Thor: Love and Thunder and is succeeding. One of the upcoming movies is Black Panther: Wakanda Forever, where actress Lupita Nyong’o will play the heroine, Nakia, T’Challa’s ex-lover and former Wakanda’s agent. Nakia has had quite a controversial role as Malice, an alter ego, which we occasionally see in Marvel’s stories.

Nakia is another Marvel character, a genuinely formidable Wakandan constantly conflicted over her feelings for T’Challa. This character was a Dora Milaje of Wakanda, who was once a group of mortal women who acted as bodyguards for the king. At a young age, Nakia was chosen to represent the Q’noma Valley, Dora Milaje to the king of Wakanda, T’Challa. After three years of arduous training, she met the king, instantly falling in love. Although he did not reciprocate her feelings, she did not stop loving him, but T’Challa would remind her that her role was merely ceremonial.

The king took Dora Okoye and Nakia under his tutelage, training them to be worthy of their positions. The king became engaged to the American Monica Lynne, which made Nakia fiercely jealous.

Nakia’s character is quite controversial. She stands out as a warrior and trusted confidant of TChalla. She fell madly in love with him, which made her mind poisoned to become a dangerous enemy who was once a close friend. Nakia was born in a fishing village in Wakanda, Q’Noma Valley. From birth to puberty, she was groomed to be one of the Dora Milaje, the concomitant of the monarch of Wakanda.

The Dora Milaje order was born with a firm purpose to promote harmony between the different rival tribes of Wakanda, in addition to being the bodyguards loyal to the king and most trusted to defend their monarch with their lives. She spent all her post-adolescence always giving protection to King T’Challa, which generated a lot of closeness and an imminent love that consumed everything. Therefore, she could never accept that her role was only ceremonial and that T’Challa was not in love with her.

Nakia’s unhealthy jealousy changed her, which led her to try to kill the king, her former lover. This betrayal led the king to banish Nakia, who returned to her hometown in disgrace. Upon fleeing, Achebe, Black Panther’s enemy, tortured her, leaving her to die. Later, Erik Killmonger resurrected and empowered her as Malice.

Nakia’s enemies were those who opposed her king and his kingdom. Malice’s enemies were anyone; it was enough to have been close to Black Panther. From Queen Divine Justice, who replaced her in Dora of Nakia, to Monica Lynne. Malice also fought against Dakota North and Brother Voodoo.

Nakia is also known as Malice, a name taken from Killmonger’s former associates, one of Black Panther’s enemies, although he was once his most valuable ally.

As Malice, Nakia’s lethality became superhuman, gaining enhanced strength and accurate precision, which makes her terrifying when she uses her weapons. Her closest ally was the villain Erick Killmonger, who was responsible for her resurrection and transformation into an agent of evil, which made her very atrocious to her rivals.

One of her first malicious acts was to sneak into the royal palace, trying to slit Brother Voodoo’s throat. Voodoo tried to save T’Challa, who was wounded after the attack. Malice, at that time, was unsuccessful, so he made a second attempt, but now against the life of Monica Lynne, an act that also failed, killing T’Challa’s ally Nikki Adams. 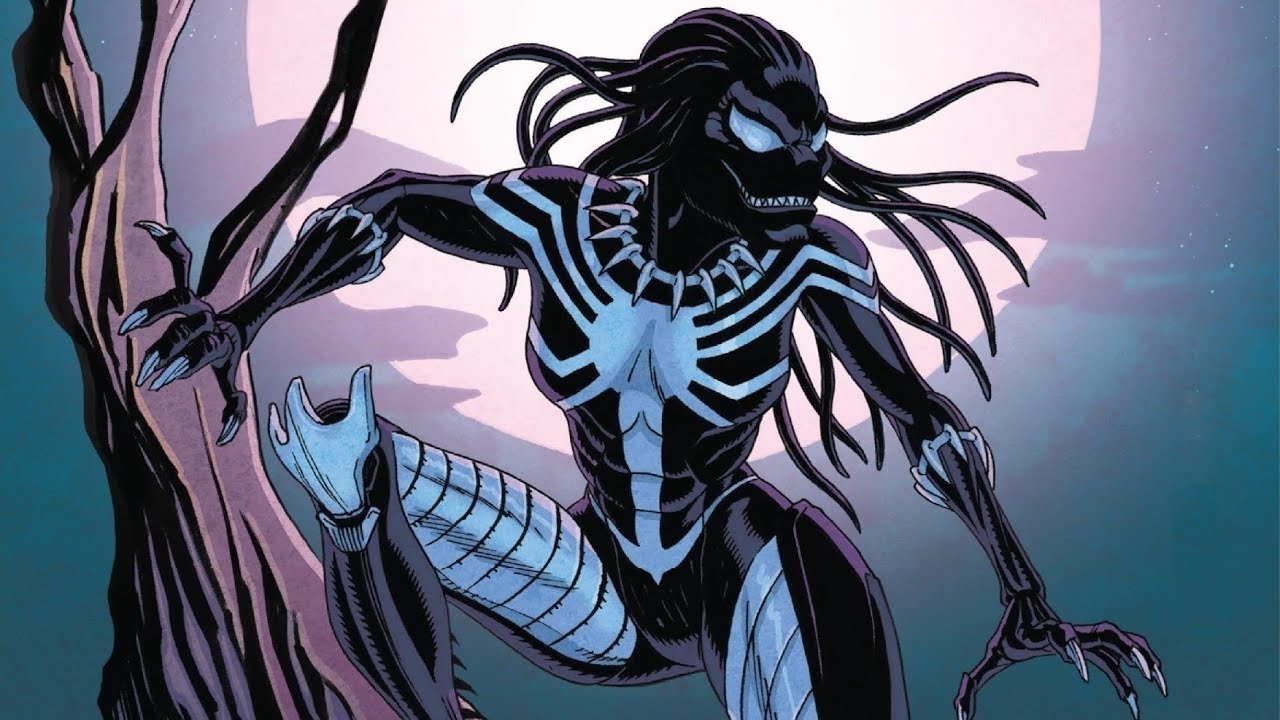 After these failures, Malice withdrew to devise a complete plan, seeking to take hostage anyone who loved T’Challa. To materialize this, she freed M’Baku the Man-Ape to kidnap T’Challa’s stepmother, Ramonda. At that moment, she managed to poison her former student Maria Henckel and cousin M’Koni, sending men to attack Monica. The latter was being dominated by the spores in which Malice was an expert. At that moment,t T’Challa hired Dakota North, a private investigator, to protect Monica, failing Malice’s plan again.

T’Challa sends to attack Malice, planning the attack with Okoye. They pretended he was possessed by their spores, which Dakota and Monica believed, allowing the escape. Instead of eradicating his people, the king preferred to provide an antidote. Until now, no one knows if he is dead or not since his body was never found after the attack.

Nakia’s powers and abilities include being an expert in martial arts thanks to being a former member of Dora Milaje. Nakia also handles different Wakandan weapons and fighting styles with ease. She’s also a handy pilot. Likewise, thanks to this new experience as Malice, she has efficiently developed the use of poison and mind-controlling spores. Among her equipment are some kimoyo pearls.

Nakia’s appearances have been varied; here are some of them

Nakia appeared in The Avengers: Earth’s Mightiest Heroes, where her role was somewhat silent and part of T’Challa’s Dora Milaje.

Nakia appears in 2018 with the movie Black Panther, where she’s not a villain but a former Dora Milaje who becomes an international spy for Wakanda. The film hints at a romance between King T’Challa and Nakia, which they decide to end mutually, but both still have feelings for each other.

In this film, Nakia returns when T’Challa’s father dies, and he is crowned as king, taking him to all the missions where the film’s main events take place. The film has a fascinating plot, ending with Nakia seeking to resume her relationship with T’Challa by accepting a position at the Wakandan aid center.

She also appears in the Lego Marvel Super Heroes 2 video game, where she has downloadable content of the Black Panther character.

The film Black Panther: Wakanda Forever fills fans with expectation, as it opens with the death of Black Panther due to Chadwick Boseman’s death. There is the expectation of who will wear his next suit. Let’s remember that the trailer shows the still unproven death of their king, so we see the Wakandans honoring his memory while the nation has to deal with the threats of Namor, King of Atlantis.

The film is produced by Marvel Studios and distributed by Walt Disney Studios as the sequel to 2018’s Black Panther. Nakia would appear as a heroine in Black Panther: Wakanda Forever, played by actress Lupita Nyong’o. Nyong’o is an actress of Mexican and Kenyan origin who rose to fame in 2013 as Patsey in the movie 12 Years a Slave.

She entered the Marvel Cinematic Universe as Nakia in Black Panther in 2018. To her credit, this actress has several recognitions and awards, including an Oscar for Best Supporting Actress, Golden Globe, SAG award and BAFTA, which gives her an extensive background and an outstanding prospect for fans to see on the big screen. Black Panther: Wakanda Forever will be directed by Ryan Coogler, co-writer of the script, along with Joe Robert Cole.

She-Hulk Attorney At Law Writer Opens Up
Who Is Shuri? Introduction To Black Panther: Wakanda Forever