The Disney+ series, Moon Knight, is premiering on March 30, so in preparation, I’m going to look at some of the major characters in the story. The series will focus on a mercenary named Marc Spector (played by Oscar Isaac), who later becomes the superhero (some might call him an anti-hero), Moon Knight. Spector suffers from multiple personality disorder, which usually presents as having at least two distinct personalities and memory issues. While most Marvel fans might not be familiar with Moon Knight and the supporting characters, this post is here to help! Today I’m wondering: who is Moon Knight and what is his history?

Who Is Moon Knight And What Are His Powers? 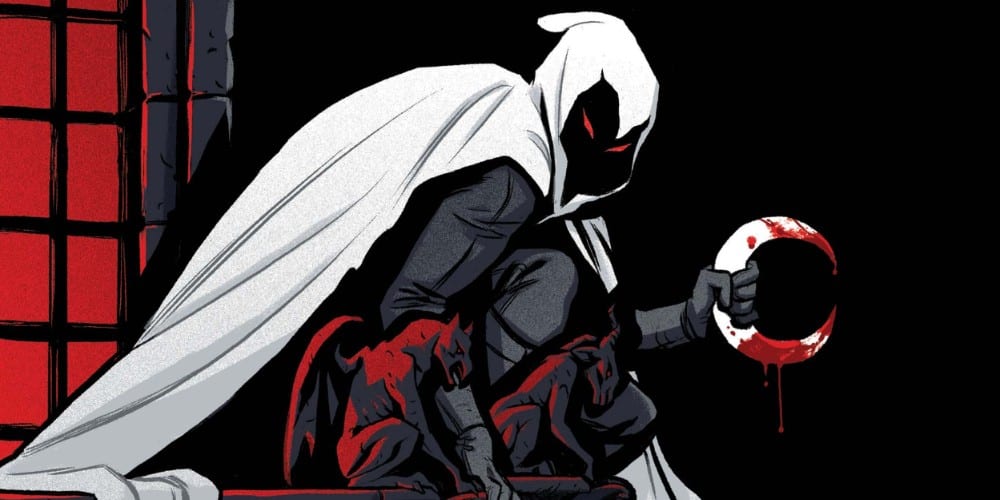 The Disney+ series focuses on the Marc Spector version, although there have been others who have donned the Moon Knight outfit (more on that later). As my Comic Years colleague Roman so fondly dubbed him, Moon Knight is like a “mentally unstable Batman.” As mentioned before, Moon Knight suffers from multiple personality disorder, but whenever he presents as a different personality, he doesn’t get a new power; rather he gains varying degrees of violence and skills. Spector served as a Marine and a CIA operative before becoming a mercenary. While on a job in Sudan, he’s mortally wounded by a fellow mercenary and left for dead before the statue of the Egyptian moon god Khonshu. Suddenly he’s revived and fully healed. He claims that Khonshu wants him to be the “moon’s knight”, or the left “Fist of Khonshu,” and he can fulfill this by turning his back on the life of violence he previously led and instead start protecting and avenging the innocent as Moon Knight. Khonshu isn’t actually a real Egyptian god, but in the MCU, it’s revealed that the god is one of several entities from the Othervoid (a dimension outside normal time and space) who was once worshipped by ancient Earth people. When Spector returns to the United States, he turns his mercenary profits into becoming a crime fighter, aided by his best friend Jean-Paul “Frenchie” DuChamp and Marlene Alraune, his eventual lover and mother of his daughter. Besides Marc Spector and Moon Knight, his other personalities include billionaire businessman Steven Grant, taxicab driver Jake Lockley, and consultant Mr. Knight.

The superhero is an Olympic-level athlete and skilled acrobat that’s excellent at hand-to-hand combat, including boxing, kung fu, judo, karate, eskrima, ninjutsu, savate, and Muay Thai. Thanks to his time in the Marines and the CIA, he’s great at taking advantage of his environment, intimidating his opponents, and accepting a high level of pain and injury. He wears lightweight, kevlar body armor and a specially constructed, silver glider-cape that can catch winds and allows him to “fly” short distances. Other costumes have shown metal plates on his chest and shoulders. He uses silver crescent-darts (some of which are blunt, some of which are blades) and an adamantium-reinforced club that can fire a grappling hook and extend into a Japanese weapons staff called a bō. Some instances in Moon Knight history show Spector using Egyptian-themed weapons made of gold or ivory, which were created by followers of Khonshu. These include bolas, golden scarab-shaped darts, an ivory boomerang, throwing irons, an axe-shaped lasso-grapple, and a golden ankh-shaped blunt weapon that glowed in the presence of danger. Moon Knight has an aircraft dubbed the Mooncopter as well as the Angelwing, both of which are weaponized. He’s also been known to have a white motorcycle, a remote-controlled white limousine, and a remote-controlled crescent-shaped glider.

Because Spector was revived by Khonshu, his brain becomes altered by the Egyptian god which makes him more resistant to telepathic and psychic attacks than the average person. He sometimes experiences visions of prophecy or enhanced insight, especially when wearing the Moon Knight outfit as it acts as a connection to Khonshu. His strength, endurance, and reflexes are dependent on the phases of the moon, so he becomes superhuman on the full moon.

A History Of The Mercenary Turned Superhero 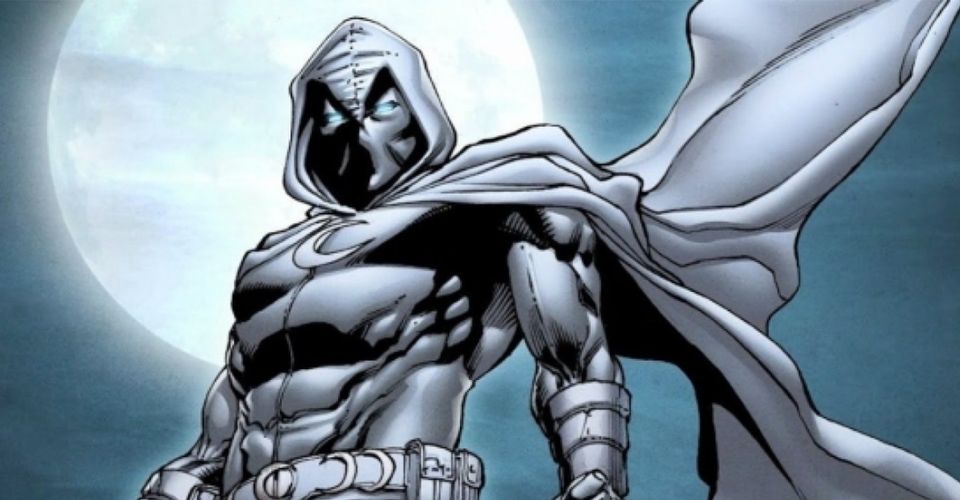 Created by writer Doug Moench and artist Don Perlin, the character first appeared in Werewolf by Night #32 (August 1975). The idea was that Moon Knight would be the ultimate enemy to werewolves, hence the moon symbolism and all of his silver weapons. The history of the superhero in the late 1970s and early 1980s included artist Bill Sienkiewicz drawing the character in Hulk! Magazine issues #13–15, 17–18, and #20. He created a new look for Moon Knight that was heavily influenced by DC Comics artist Neal Adams, who was famous for his work on Batman, Green Lantern, and Green Arrow. Readers noticed this along with the superhero’s violent methods and dark plotlines, causing many to come to the conclusion that Moon Knight was Marvel’s version of Batman. Charlie Huston, who wrote a re-launch of Moon Knight in 2006, said that he can see where the comparisons come from. Both are “wealthy, ‘normal’ humans who fight crime with detective skills, cover identities, skilled confidants, and are equipped with high-tech gadgetry, personalized air craft, and personalized throwing items.” However, Huston went on to say:

“Bruce Wayne fights crime to avenge the murders of his parents (whereas Moon Knight) beats up whoever has it coming because he believes he is the avatar of the Egyptian god of vengeance and it helps him to feel better about all the people he killed when he was a mercenary.”

Of course throughout comic history and not just for Moon Knight, both Marvel and DC were constantly finding inspiration in the other, even if they oftentimes didn’t want to admit it. They would steal an illustrator or writer only to have the other steal someone back. Perhaps in an attempt to divert comparisons to Batman (and comics generally have several different versions of a character), there have been a few other interesting iterations of Moon Knight. In 1998’s 2099: Manifest Destiny, Marvel introduced a female Moon Knight who fights crime in the lunar city of Attilan. In the Infinity Wars crossover, an alien double of Moon Knight uses Franklin Richards’ powers to become the multi-dimensional Moon Shade. He then murders the majority of the Multiverse’s alternate versions of Moon Knight. And in the Infinity Wars storyline, there’s one plot where Moon Knight’s life is combined with Spider-Man’s, resulting in a character named Peter Spector whose Uncle Ben and Aunt May are killed by the being known as the Goblin by Night. Attacked and left for dead by the Goblin, Peter is then revived to be an avatar of a mystical Spider deity and become ArachKnight.

Do you feel like you have a better senses of who is Moon Knight? Is there anything else in Moon Knight’s history that I missed out on? Are you going to watch Moon Knight on Disney+ this Wednesday? Let me know in the comments below!