Who Is Hobgoblin? A Look At The Villains In The Spider-Verse - Comic Years

Home » COMICS » Marvel » Who Is Hobgoblin? A Look At The Villains In The Spider-Verse

One of the most highly anticipated movies this winter is Spider-Man: No Way Home. Fans are eager to find out what will happen to Tom Holland’s Spider-Man after the events of Far From Home (*SPOILER*: Mysterio reveals to the world that Peter Parker is Spider-Man). We already got the action-packed trailer that revealed that Peter will not only have to face off with supervillains from his own universe, but from the other Spider-Verses as well (hello Doctor Octopus and Green Goblin). Given that the trailer also showed fans that the multiverse is going to be ripped open, it’s likely we’ll be seeing a lot more characters from both the Spider-Verse and the MCU, which is why me and my Comic Years colleague (check out Roman’s post on “Who Is Electro“!) are going to be looking at a few of the supervillains that the webbed slinger has faced off with. In today’s blog post, I’m asking: who is Hobgoblin?

Who Is Hobgoblin and What Are His Powers? 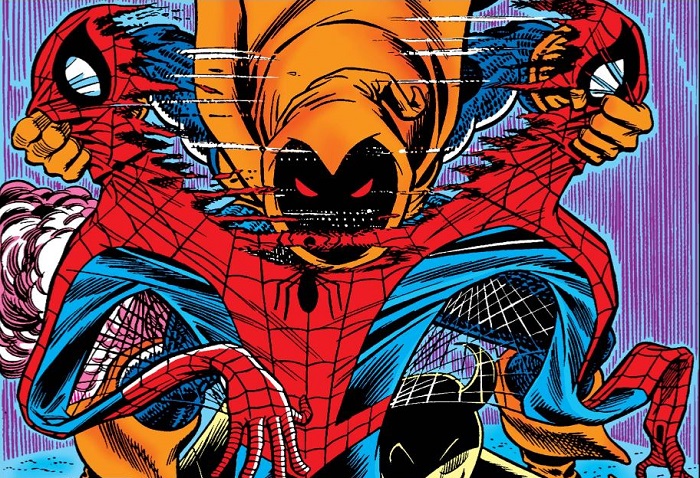 Several characters in the Spider-Verse have become the supervillain, but Roderick Kingsley is thought to be the original Hobgoblin. Kingsley was a socialite and billionaire fashion designer who was full of himself. One of his criminal associates discovers the Green Goblin’s secret lair and Kingsley becomes enamored with the work that Norman Osborn was doing. Like many of Marvel’s rich and evil billionaires, he decides that crime is something he’d enjoy so he alters Osborn’s Green Goblin formula and improves the Goblin costume and equipment. Other characters to take up the Hobgoblin mantle are Arnold Samuel “Lefty” Donovan (a petty thug who became disfigured after coming into contact with two chemicals mixed with the Goblin formula); Ned Leeds (yes, that Ned aka Peter Parker’s best friend); and Phil Urich.

The main powers and skills of Hobgoblin are that he rides a Goblin glider (much like what the Green Goblin rides), which is essentially a turbo fan-powered hover board that is cybernetically-controlled. It can reach high velocities, is extremely maneuverable, and is equipped with finger-blasters that can focus on a specific target. The Goblin formula makes the user much stronger and more agile, with superhuman stamina and durability. If Hobgoblin is injured, he can heal quite quickly, although perhaps not as fast as other superhumans. He also has amazing reflexes and is far beyond the finest human athlete. Most all of the Hobgoblins wear an orange tunic, cape, and cowl, though there are some variations.

Weapons-wise, the Hobgoblin has jack-o-lantern bombs, wraith-shaped smoke, gas-emitting bombs, bat shaped razor-edged throwing blades, and gloves woven with micro-circuited power conducting filaments which channel pulsed discharges of electricity. The Urich version of Hobgoblin had all of these weapons, but he also had a flaming sword. In addition, one of the creepiest powers he had was his “Lunatic Laugh,” which could be used to cause buildings to collapse.

The History of Hobgoblin 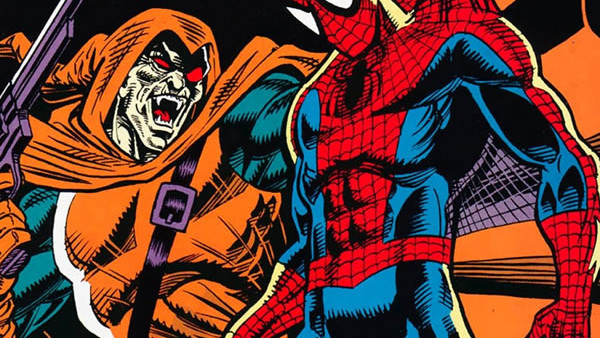 Hobgoblin was created by Roger Stern and John Romita Jr. and made his first appearance in The Amazing Spider-Man #238 (March 1983). Like many Marvel writers at the time, Stern was being pressured to have Spider-Man fight Green Goblin again because of the popularity of the supervillain, but Stern didn’t want to. Instead, he decided to create an heir to the Goblin legacy, thus the birth of the web slinger’s antagonist. Hobgoblin’s identity has been a point of contention for many of his creators, but it’s also been one of the most intriguing things about him. Stern had initially created the character without an alias in mind, saying:

“I plotted that first story with no strong idea of who the Hobgoblin was. As I was scripting those gorgeous pages from JR (John Romita, Jr.), particularly the last third of the book, and developing the Hobgoblin’s speech pattern, I realized who he was. It was Roderick Kingsley, that sunuvabitch corporate leader I had introduced in my first issue of The Spectacular Spider-Man.”

After that, several different artists after Stern had Hobgoblin as a variety of other characters, from Jason Macendale during the 1990s, Phil Urich in the early 2010s, and Peter Parker’s best friend, Ned Leeds. One of the most interesting iterations was Hobgoblin 2211, a female-identifying version of Hobgoblin. She didn’t sport the Hobgoblin orange, instead opting for the Green Goblin’s green and purple color scheme. It was later revealed that she was Robin “Hobby” Bourne, Spider-Man’s daughter. She felt bitter towards her father because he was always putting his superhero duties before being a parent.

Hobgoblin In Other Media

We’ve never seen a live-action Hobgoblin (not counting the weird 80s movie, Hobgoblin) and it doesn’t appear that he’ll be making an appearance in Spider Man: No Way Home. However, given that there’s one point in Marvel comic history where Ned becomes Hobgoblin, we could be seeing Hobgoblin in the near future, especially since Tom Holland is going to be part of a new Spider-Man trilogy. We’ll just have to wait and see. In the meantime, Hobgoblin has appeared in several different media, including television, video games, toys, and theme park attractions.

Amalgamated versions of Hobgoblin have appeared in a couple of animated television series. The most well-known is probably Mark Hamill’s Hobgoblin, who was in Spider-Man: The Animated Series. His alias was Jason Philips, but he had Roderick Kingsley’s personality and looks, Jason Macendale‘s mercenary status, and “Lefty” Donovan’s criminal background as a former petty crook. Another version appeared in the animated series Marvel’s Spider-Man, voiced by Max Mittelman. He was actually Harry Osborn, but wielded Urich’s flaming sword and killer scream. There was another Hobgoblin who was the Kingsley version and was part of the Marvel Super Hero Adventures animated series, voiced by Andrew Francis.

The character has appeared in several video games about and starring Spider-Man. A majority of them appear to be the Kingsley version, although Jason Macendale makes a few appearances as well. The most recent Hobgoblin playable characters are the Kingsley incarnation in Lego Marvel Super Heroes 2 and an Earth-21205 version of Peter Parker / Hobgoblin in Spider-Man Unlimited.

Hobgoblin As a Toy and Collectible

Similar to Lizard, Hobgoblin has had a few different action figures of himself. One of the fanciest and Keilin-would’ve-wanted-this-when-she-was-nine version was the 1990s Spider-Man: The Animated Series toyline. A total of five figures were produced, including the Hobgoblin, who came in the standard 5″ figure with “missile firing” goblin glider, a 10″ version of the series 1 figure, a talking Hobgoblin with sound effects from the show, a 7″ figure featuring an illuminated projector embedded in the chest, and an action pose figure that included a motorized battle glider! There was the Macendale incarnation which was reused twice: the first one was repainted and given a newly sculpted Green Goblin head for the Spider-Man vs. The Sinister Six box set in the Marvel Legends toy line; the second time, it was repainted and renamed Demogoblin in the Spider-Man: Origins toy line produced by Hasbro. More recently, Hasbro made Hobgoblin the Build-a-Figure for the Marvel Legends Infinite Series Spider-Man line-up in 2015, and in 2016, the first officially licensed Hobgoblin Lego minifigure was included with the Spider-Man: Ghost Rider Team-up set.

The Ned Leeds version appears in the Islands of Adventure ride, The Amazing Adventures of Spider-Man in Orlando, Florida, voiced by Pat Fraley.

Hobgoblin doesn’t seem to be a part of Spider-Man: No Way Home trailer, but you can catch other members of the Sinister Six:

Spider-Man: No Way Home will be in theaters everywhere December 17, 2021.

Do you think Hobgoblin is going to make an appearance in the Spider-Verse anytime soon? Will Jacob Batalan’s Ned Leeds become Hobgoblin in the next few movies? Let us know in the comments below!