Who Is Groot? The Mighty Guardian Of The Galaxy - Comic Years

Who Is Groot? The Mighty Force Behind The Guardians Of The Galaxy 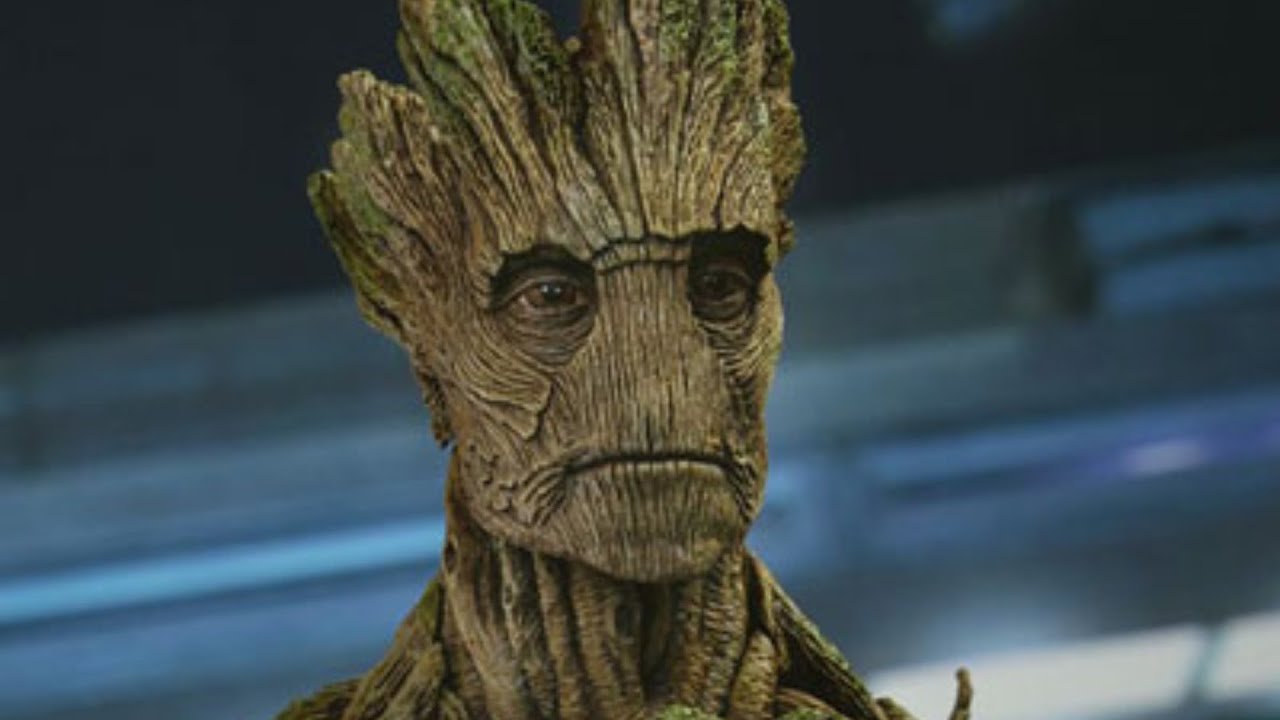 Groot is one of the characters of the Guardians of the Galaxy. This fictional superhero appears in Marvel comics. He was another character Stan Lee, Jack Kirby, and Larry Lieber created. Groot first appeared in 1960 in Tales to Astonish. His appearance is of an alien creature resembling a sentient tree. When he first appeared, he was an invader who wished to capture humans to conduct experiments on them.

Groot is an extraterrestrial being who is called the Monarch of Planet X. His race is derived from the Flora Colossus. He was created by Stan Lee, Jack Kirby, and Larry Lieber. At first, Groot was presented as a villain, although in 2006, he was reconfigured as heroic and noble.

His appearances have been several. The first time was in 1960 in Tales to Astonish, then in 2006 in the comic Annihilation: Conquest, and later in the Guardians of the Galaxy comic. In the latter, he was introduced as part of the superhero team. There are different Groot merchandise associated with Marvel, such as toys, animated TV series, clothing, and even cards.

Of the Marvel characters, perhaps this is the only one who does not speak any language, but his communication consists of always saying the phrase “I am Groot.” He has several abilities and powers. Among them is the ability to suck wood as food, control trees, fire resistance, and stretch. His genius gives him a high intellectual level, although he can only communicate by saying his name.

Actor Vin Diesel is the one who has always played Groot in the Marvel Cinematic Universe movies. Since his first appearance, Groot has been part of pop culture, one of the internet’s most-used memes.

Groot’s origins go back to Planet X, thus being of the Flora Colossus species. This species is ruled by the “Tree Masters,” teaching the children of their species to “Photonic Knowledge,” which is absorbed through photosynthesis. An alternate origin has been presented where this species kidnapped organisms from other planets, including humans, and rescued a girl named Hannah. 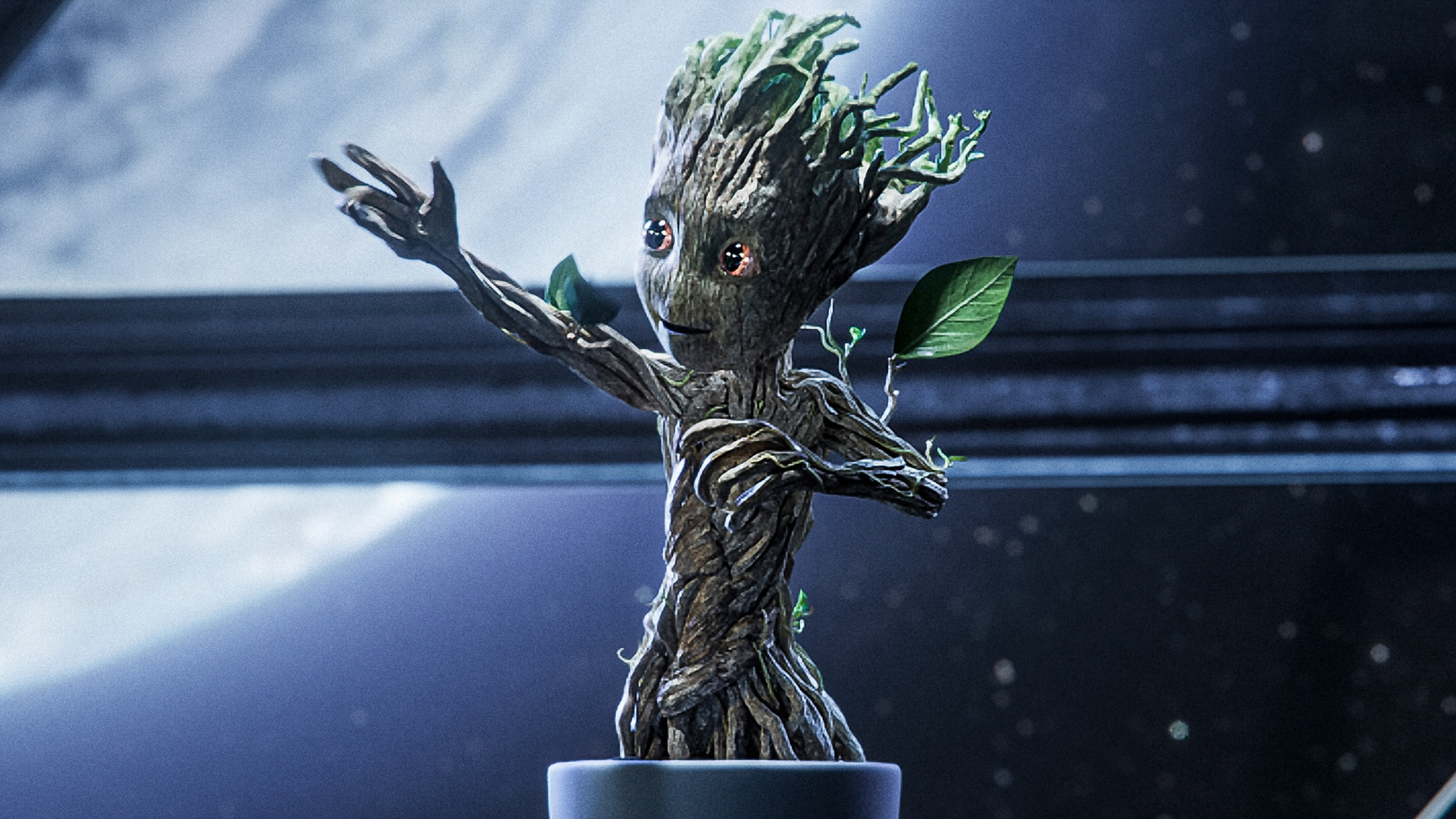 Originally, Groot is shown as a rather monstrous plant that comes to Earth to study plants and humans, so he has his scientist’s touch. But, at that time, he was apparently destroyed by Leslie Evans’ termites. After this event, Xemmu created a duplicate to fight Hulk, which was likewise destroyed. However, it is later revealed that Groot survived, and the Collector held him in captivity in a park in Canada.

Later, the SHIELD unit tracked him down, captured him, and held him captive again. When Merlin and his allies attacked the base, he was freed by SHIELD themselves and joined forces with that team to destroy Merlin.

Guardians of the Galaxy

Joining the Guardians of the Galaxy, Groot took on an essential role in Annihilation: Conquest. He proved that he could be one of the last of his species, Flora Colossi, to survive. Initially arrested by the Kree, he won the trust of Star-Lord and earned his freedom.

Immediately, Rocket Raccoon and Groot made an excellent bond since Rocket is one of the few who can understand Groot’s communication. From there, there were several fights alongside the Guardians of the Galaxy, where he died and managed to regenerate.

Groot is one of the Guardians of the Galaxy aliens most beloved by fans. Among his powers and abilities are absorbing wood as if it were food and the ability to regenerate himself.

By his very nature and appearance as a sentient tree, he can control plants and trees, using them as weapons to attack others. So far, he has demonstrated resistance to fire. In addition, Groot has been killed several times and has grown back from a single branch, showing an impressive ability to regenerate.

Although his unique expression is “I am Groot,” he demonstrates a high intellect. With this single phrase, he can say several things that can be interpreted by his varied inflections, which amount to words to form sentences. In this way, those who manage to interact with him can decipher what he says, managing to converse with Groot without problems. His form is mature according to his species, with a robust and heavy appearance. This gives him the property of having rigid and inflexible organs. His hardened larynx improves his acoustic generation. Groot maintains a speech of Flora Colossi, which makes those oblivious to these nuances think that he does not speak but only says his name.

Groot was shown to have telepathic powers when he communicated with Jean Grey in All-New X-Men #23, giving a glimpse into his complex mental processes. Thus, when he declares, “I am Groot,” he is trying to communicate very intelligently.

There are several appearances of Groot in different media, such as comics, Television, Video Games, and movies.

Groot appears in several comics, such as:

On the small screen, Groot appeared in:

In video games are several representations of Groot:

Groot has had several appearances in different media, especially in films related to the MCU. This 2023 we will see him again in Guardians of the Galaxy 3, where actor Vin Diesel will voice him, who has played him since his beginnings.

For the saga director, James Gunn, Groot is one of the most essential characters. Along with Rocket Raccoon, Groot gives the Guardians of the Galaxy team a very original touch. It is not for nothing that Groot is already part of famous pop culture and has so many viral memes. In fact, he stars in one of the most iconic Marvel post-credits scenes (my personal favorite), which you can find below.