Don Cheadle: War Machine Will Be In The Falcon And The Winter Soldier

Home » COMICS » Marvel » War Machine Will Be In The Falcon And The Winter Soldier, Don Cheadle Confirms

War Machine Will Be In The Falcon And The Winter Soldier, Don Cheadle Confirms

After Avengers: Endgame the fates of some of our favorite characters were (intentionally) left up the air. From the first episodes of WandaVision, we know that not all of these fates are going to be good. However, things have always gone pretty well for friend of Tony Stark James Rhodes. (Well, except that one time he broke his back.) It appears that this beloved armored character isn’t going anywhere. We know from the Marvel Studios presentation on Disney Investor’s Day, that Don Cheadle will be a part of the Armor Wars series. However, it also seems that War Machine will appear in The Falcon and the Winter Soldier as well. This report comes from no greater a source than Cheadle himself.

Cheadle took over the role of James Rhodes from Terrence Howard starting with Iron Man 2. Since then, he’s become a mainstay of the Marvel Universe. Since then, he’s been a part of the Avengers and very closely tied to the US government. With the rumor that the series will focus on how the US government doesn’t want Sam Wilson to be the new Captain America, it will be interesting to see where his character falls in that debate. 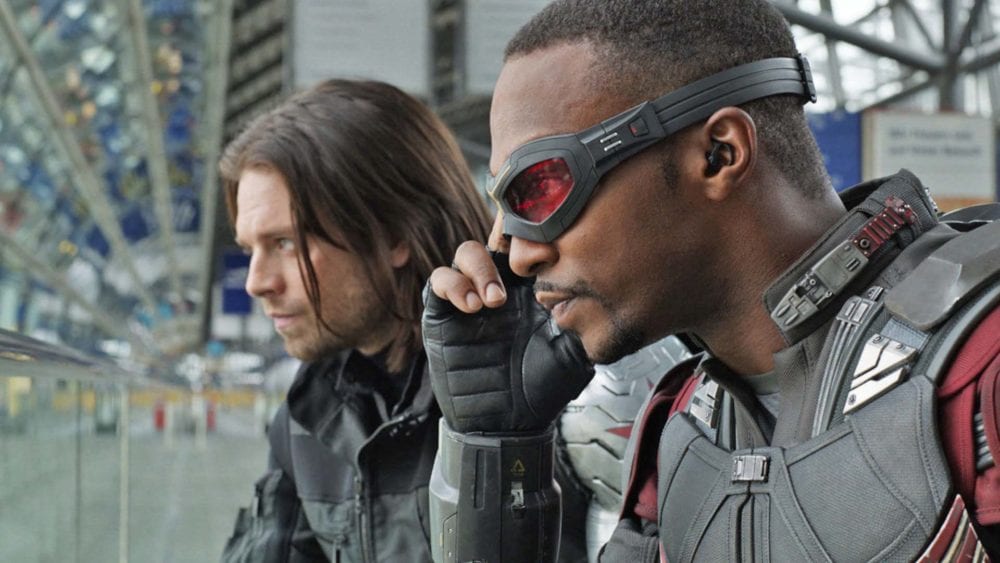 Cheadle revealed that War Machine would be a part of The Falcon and the Winter Soldier in a discussion with BroBile.com. This hasn’t been announced officially yet, so its possible he revealed something he wasn’t supposed to.

“That’s some of the fun of the MCU, that we all get to show up in each other’s stories, and there are ways that we’re cross-platforming these characters, and they become storylines, sometimes, in the movies. And then these storylines in the movies become storylines in the shows…. “It’s really a fun and interesting and, by all imagination, completely open-ended — this can go anywhere. It’s great, I can’t wait to get in the room with the writers and figure out how all those things happen. You know, Rhodey shows up in Winter Soldier and Falcon’s show. So, it can be a lot.”

He went on to say that Rhodey’s reaction to the death of his friend Tony will be addressed during his appearance. He also mentioned that as the sci-fi magic technology in the Marvel Cinematic Universe progresses, so will Rhodey’s assisted walking. Dealing with his injury and recovery is also a part of the multi-story arc for the character. He also talked about bridging the world of the comics with the world of the MCU. Whether this means brining stories like Armor Wars to life or actually connecting Earth-616 to the MCU wasn’t immediately clear.

There is no release date for Armor Wars, but Cheadle said that writers are getting together to work on in early 2021.

The Falcon and the Winter Soldier will debut on Friday, March 19, 2021 on Disney+.

What do you think? Are you excited that War Machine will be a part of The Falcon and the Winter Soldier? Share your thoughts in the comments below.