Star Wars The High Republic 1 - How Could [Blank] Survive?

Star Wars The High Republic 1 – How Could [Blank] Survive? You might think that the rest of Star Wars The High Republic 1 focuses on him dealing with this. Well, you’d be wrong! Instead, we see an unnamed thief kill Mac! All we know about these thieves is that they’re Sephi, and they indicate that death wasn’t the end for Mac. They suggest that Mac could continue to survive, although it’s unclear how he could do this. Since this is the time before Force Ghosts, which we saw in The Empire Strikes Back and Return of the Jedi, it’s unlikely that Mac survives this way. So how could Mac manage to live on? To find the answer, we need to know more about Mac. 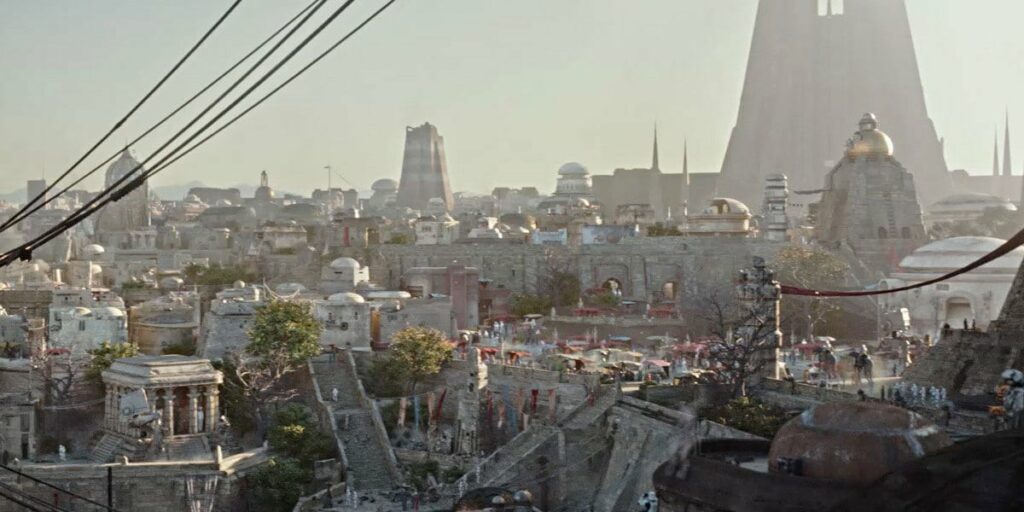 From the start of Star Wars The High Republic 1, an unknown narrator tells us the story. Later, this narrator is revealed to be the Sephi killer. However, during these narrated scenes, we see that Mac remembers what his life was like before he became part of the Jedi Order. Mac recalls when a mysterious villain visited his village and murdered several people. Later, it becomes clear that Mac has worked for the Jedi for over five decades as a fighter instead of an ambassador. As such, Mac’s choice to visit Jedha City for the Force Convocation appears odd.

Additionally, the narrator makes it clear that Mac knew himself and how he fits into the galaxy before arriving in Jedha City. Of course, it’s possibly untrue. After all, at the end of Star Wars, The High Republic 1, we discover that the narrator is Mac’s murderer! So, they may tell some lies or at least tell the readers their views of Mac. Perhaps he’s nowhere near as self-assured as they think. But they know many details about Mac’s childhood, which is pretty interesting and suggests they have some history with Mac. Of course, the biggest question now is how Mac survives his own death! Before dying, Mac found the thief, who appeared to have killed a woman. In Star Wars The High Republic 1, it’s suggested that the thief is part of the cult, Path of the Open Hand. This organization is trying to “free” the Force and believes that by freeing the Force artefacts, they can eventually free the Force itself.

Eventually, Mac confronts the thief, who seems to have a detailed understanding of certain Force abilities. The thief mentions using Morichro, which allows the user to stop a person’s heart with the Force. Mac refuses to believe this is true – but the thief shows that it is by stopping Mac’s heart!

During the thief’s escape from the scene, the narrator speaks about how Mac isn’t dead. It’s unclear how this could be true. Perhaps someone could perform a Star Wars version of CPR on Mac and restart his heart. However, the thief indicates that there are more mystical ways for Mac to continue that have something to do with the Force artefacts. Mac dies in a room surrounded by these items, and it seems they could be the key to his survival. At the end of Star Wars The High Republic 1, we get the suggestion that the thief and Mac have an important relationship with each other. Maybe he will return as a Force Ghost.

By killing off the hero at the end of this issue, Marvel managed to keep writers completely hooked and curious regarding what could happen next. In future issues, we’ll likely learn much more about the Force artefacts and the mysterious Path of the Open Hand.

Genshin Impact Nintendo Switch Port – Where Is It?
Who is George Pérez? The Artis Behind DC’s New Era