Marvel just can’t stop the reveals with the latest issue of the Star Wars Crimson Reign comic! If it wasn’t enough that Kylo Ren and Darth Vader had a huge fight, issue 4 of Crimson Reign also answered some questions about Darth Vader’s other mentor. Spoilers ahead if you haven’t caught up already! Any fans of the series will know that Darth Vader has had more than one mentor. However, Emperor Palpatine is definitely the most iconic of the bunch. He has starred in almost every film in the franchise and played a huge role in the Star Wars Crimson Reign comic series. Ever since the start, Emperor Palpatine has shown a sick obsession with overcoming death. His famous speech in Attack of the Clones is a clear reflection of this.

Initially, Palpatine’s own master was Darth Plagueis. He was a Sith who appeared to perfect the art of “essence transfer.” Essentially, this would allow Plagueis to survive beyond death by inhabiting another individual’s body. However, Palpatine had other ideas and decided to murder his master. After all, there can only “two there should be. No more, no less.”

Unfortunately for Palpatine, Darth Plagueis had not completely solved the issues of essence transfer. So this meant that Palpatine needed to continue working on this method of surviving death before he could use it himself. As part of this research, Palpatine began looking for Darth Momin’s mask in the Star Wars Crimson Reign comic series.

Who Was Darth Momin? Darth Momin was a former Sith from ancient times, long before the events of A New Hope. He was one of the first Sith to show signs of surviving beyond death. Somehow, Momin managed to put a curse on the mask. This way, Momin would possess anyone who put the mask on. Naturally, this mask became one of the greatest items in Palpatine’s collection, and he learned a great deal from it. We saw some of this in previous issues of the Star Wars Crimson Reign comic.

Palpatine then gave the mask to Vader. It was Momin who taught Vader about life beyond death and gave him hope that he could rescue his wife, Padme Amidala. Unfortunately, the plans ended in failure, as Vader and Momin fought a vicious fight. Eventually, Vader became the ultimate victor.

Up until now, it was a complete mystery to fans as to how Vader survived. However, the newest issue of the  Star Wars Crimson Reign comic revealed all the details. Apparently, the battle was much less dramatic than fans might’ve first thought. In fact, Vader was so unphased by the fight that he just left the mask on the floor. This is how the Knights of Ren came across it and ultimately destroyed it.

As such, the fact that Momin was left behind in such a pitiful way shows how little the Star Wars universe cared for him. Not even Vader could be bothered to utilize it for his own powers. Instead, Vader left the mask forgotten on Mustafar, and the Knights of Ren later destroyed this powerful creation. There could be no worse fate for a previous Sith legend.

The Future of the Star Wars Crimson Reign comic 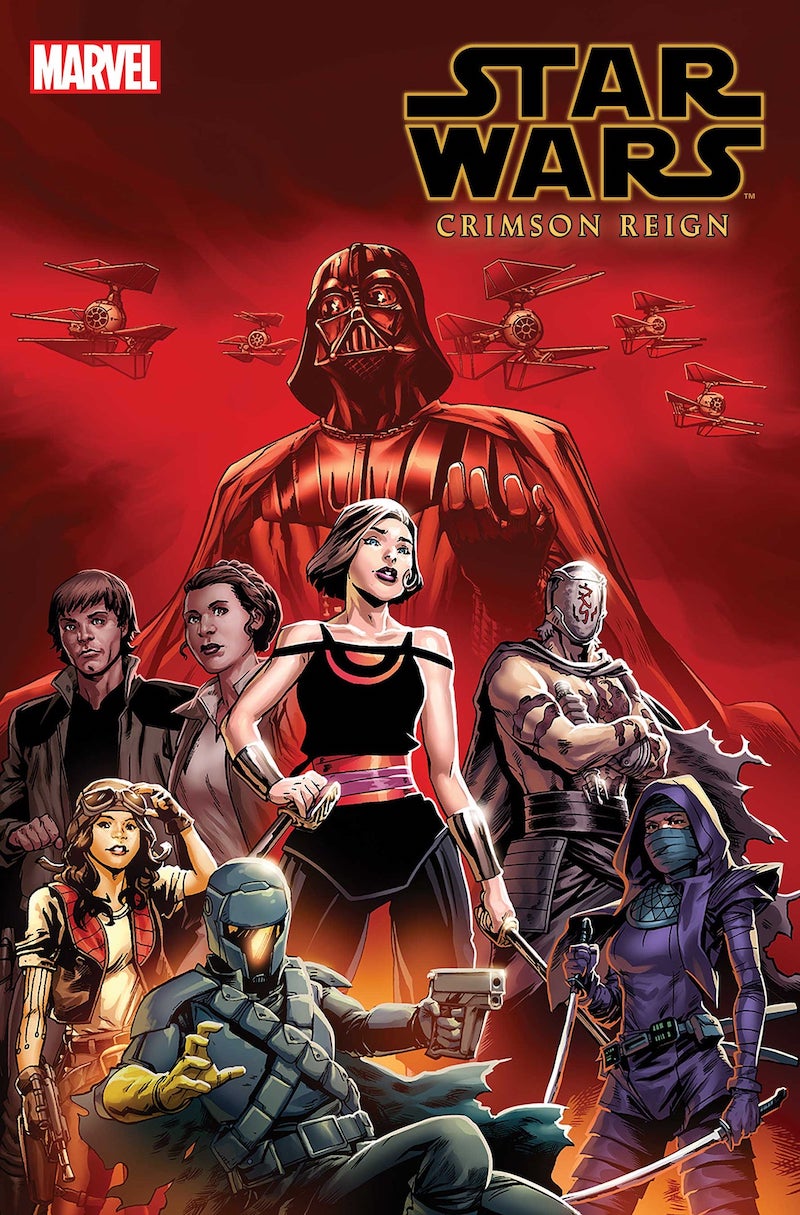 Neither Vader nor Palpatine is the only Sith to be obsessed with surviving death. As part of the Legends timeline, Darth Bane was looking for ways to survive death when fighting his apprentice Darth Zannah. However, she managed to overpower him and become his true successor. It seems that no matter how hard they try, the Sith will never truly be able to conquer death.

The Star Wars Crimson Reign comic events have helped to fill in some of the gaps leading up to The Rise of Skywalker. After all, “somehow Palpatine returned” to the series, and it appears this comic book will reveal just how that happened. You can pick up issue 4 from Marvel now.