Paul Bettany Not Under Contract For Future Marvel Studios Series

Paul Bettany Not Under Contract For Future Marvel Studios Projects 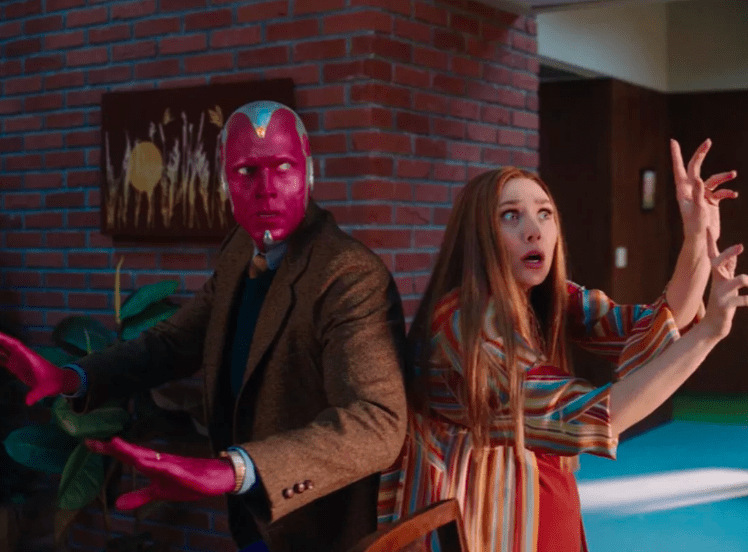 Like most folks, we loved Wanda and Vision’s limited series on Disney+. However, it may be some time before we see our favorite handsome android again, if at all. In the WandaVision finale, the resurrected Vision fled the town of West View after being awakened by the Vision created by Wanda in her grief. So, he’s still out there. Yet, according to a new interview with actor Paul Bettany, he is not under contract with Marvel Studios for any future projects. In fact, this is not the first time he’s been in this kind of limbo.

Before WandaVision was definitely happening, Bettany told a story about how he thought he was done in the Marvel Cinematic Universe. When Marvel’s chief creative executive Kevin Feige called him in for a meeting, he assumed it was his exit interview. Instead, they pitched WandaVision to him. So, the possibility for them to reach a deal in the coming years is still very real. However, with most Marvel projects planned until at least 2023, they have an ever-expanding universe (or multiverse) to plan. The fate of the reanimated Vision is one that will likely be addressed at some point.

However, in the meantime, Paul Bettany is not under any contract for a future Marvel Studios film or series. The new interview comes as Disney and Marvel Studios are mounting a campaign for the Emmy Awards. And while actors lie all the time about being attached to unannounced Marvel projects, this usually happens before they are cast. Once they are in the mix, they typically are open that they are working on things they cannot talk about.

The new interview, on ThePlaylist.net, broaches the subject when the interview asks Bettany about his future opportunities in the Marvel World being a sure thing.

“Oh no, no. I don’t have a contract. I don’t know that. I don’t know that at all. And all that I do know is, as far as this sort of traunch of press goes, it’s for an Emmy push, which is for a limited series. So it doesn’t look like that happening again. I mean, I guess it would be difficult to introduce White Vision and not deal with him in some way, but we have not discussed that.”

So, since Paul Bettany is not under contract with Marvel Studios, there seems to be a slim chance that WandaVision truly was our goodbye to the character. Yet, no characters ever stay gone in comic book stories for long.

WandaVision is currently available on Disney+.

What do you think? Do you think Paul Bettany is being honest when he says he doesn’t currently have a contract with Marvel Studios? Do you think they should do something with the reanimated Vision in the future? Tell us in the comments below.

E3 2021 Awards Show Date Set for Virtual Event
MCU Spider-Man In The Sony Marvel Universe? We Might Get An Answer Sooner Than We Think