The BBC released a preview of a new Doctor Who comic that features the return of quite a few surprising faces. The Empress of the Racnoss, who fans last saw in 2006’s The Runaway Bride, is just one of these to make a comeback to Doctor Who comics.

It’s not clear exactly how the Empress is returning to the series. Last time, fans watched her only appearance in the show end in destruction at the hands of the Tenth Doctor, played by David Tennant. This comic appears to feature only her second appearance in the series and her first time in a Doctor Who comic.

However, one Empress did appear in the Big Finish spinoff, Empire of the Racnoss. This outing featured the Fifth Doctor, played by Peter Davison. As such, their meeting in this adventure took place chronologically before The Runaway Bride. It’s not sure where this next face-off takes place in the Doctor’s timeline. Whenever it is, it’s clear that the Empress will be out for blood when she comes back. 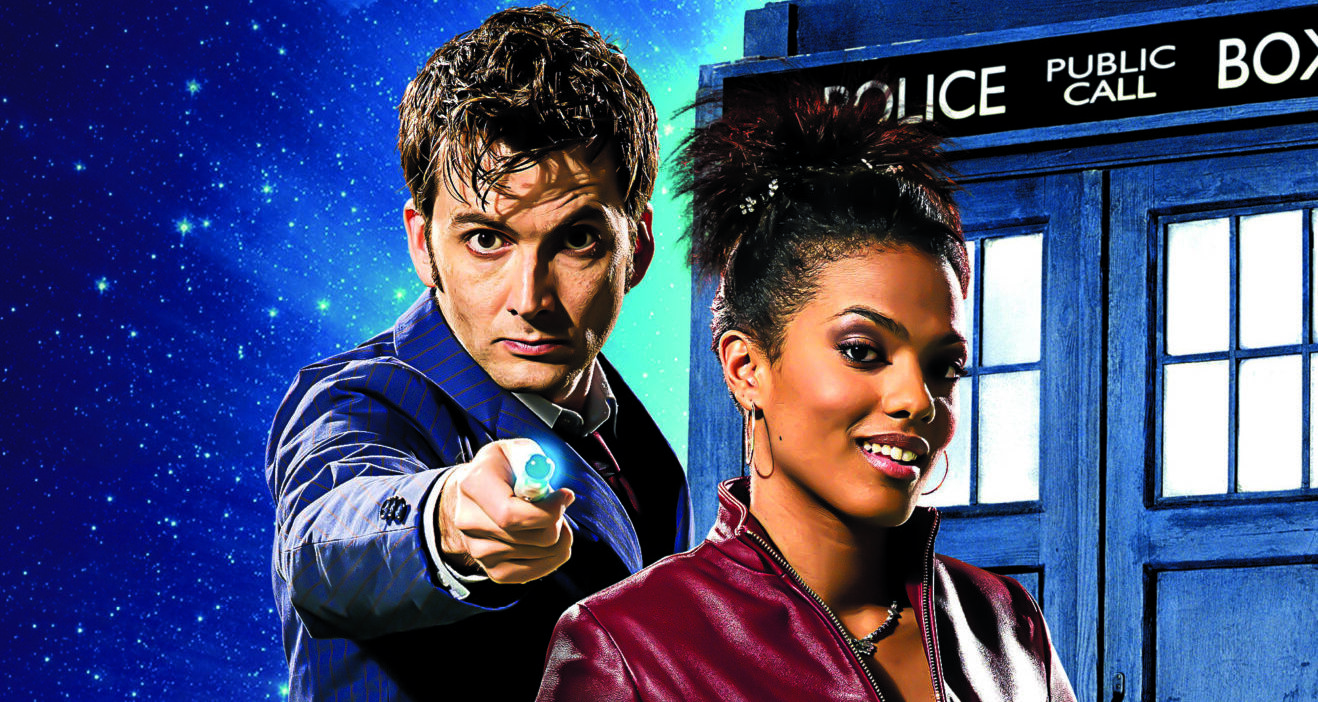 Furthermore, the BBC has teased more details about this comic book. It will include the Tenth Doctor “facing off against his greatest foes – both classic and new.” Clearly, the Empress of the Racnoss is just one of these enemies. We can’t wait to see who – or what else – makes a return.

The comic also involves Martha Jones, “captured by the insatiable Pyromeths,” who are an entirely new enemy. On-screen, fans last saw Martha, played by Freema Agyeman, in a cameo role in 2010’s The End of Time. However, the character is no newbie to Doctor Who comics. She was the Tenth Doctor’s companion in a few IDW Publishing’s comic series.

Similarly, she was part of a crossover between the Tenth and Thirteenth Doctor in Titan Comic’s A Little Help From My Friends. This was part of The Thirteenth Comic series. Martha learned about the Tenth Doctor’s first know regeneration into a woman during this adventure. The story is set during the fan-favorite story from 2007, titled Blink.

Martha must “keep distracted with sensational untold tales of the Tenth Doctor in the newest comic.” Fans can expect to see a number of returning enemies and creatures, both friendly and otherwise.

The Ninth Doctor and Rose’s Doctor Who Comic

Additionally, the comic book has a bonus story with an extra returning face – the Ninth Doctor and Rose Tyler! Both of these characters were iconic when the BBC relaunched the show in 2005. Christopher Eccelston and Billie Piper played these roles. Rose played a starring role in Titan’s Empire of the Wolf. This Doctor Who comic saw Rose Tyler’s return from the parallel universe, last seen in Journey’s End.

These Doctor Who comics also involved Rose reuniting with different incarnations of the Doctor. Unfortunately, none of these were “her” Doctor, and she sadly left to return to the Metacrisis Doctor. However, fans will be delighted to know that this new Doctor Who comic features Rose with the Ninth Doctor.

Titan also released the most recent comic starring the Ninth Doctor, which they released back in 2017. He has been largely missing from the print world since this book. Nevertheless, Christopher Eccleston has played the role of Big Finish’s audio series, The Ninth Doctor Adventures.

Similarly, Billie Piper recently starred in her own series, Rose Tyler: The Dimension Cannon for Big Finish. Both audio spin-off series is returning for a second series this year.

Award-winning writer Dan Slott penned the newest Doctor Who comic. It is set for release on June 8th, and fans are sure to be eagerly awaiting this one.