One of the most iconic scenes from the original Alien movie involves Ellen Ripley inside the ship’s computer. This computer, known as MU-TH-UR, shows Ripley discovering the Xenomorph’s truth. She also learns about Weyland-Yutani’s intentions and how they wanted the crew to die. Now, the Marvel Alien Comic book movie has changed up the lore entirely. Spoilers are head for the first issue of Alien Annual! 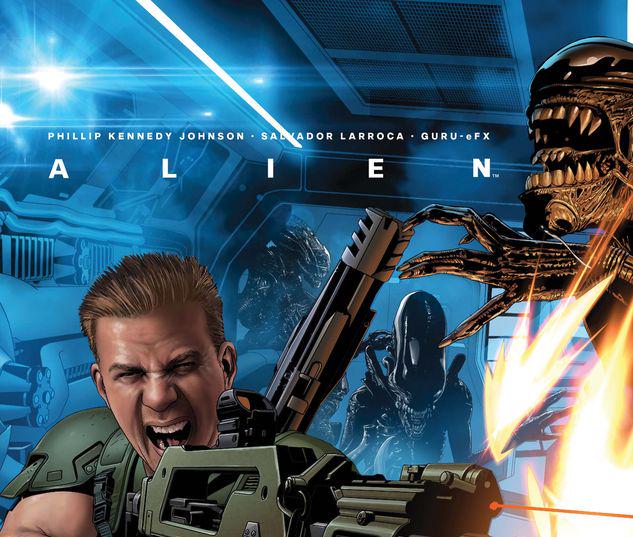 In the original Alien movie from 1979, we saw that Ellen Ripley discovered what was really going on aboard the Nostromo. When she accessed the MU-TH-UR terminal, Ripley learned why Ash the synthetic was trying to kill everyone on board. According to the programming that the company, known as Weyland-Yutani, gave, the crew were “expendable.” Their lives did not matter – what was more important was protecting the Xenomorph. And Ash’s primary concerns? He needed to protect the Xenomorph – nothing else.

However, the latest Marvel Alien Comic book movie has thrown some of this into doubt. Philip Kennedy Johnson wrote the story for the issue, while Salvador Larroca and C. B. Cebulski handled the art. In this latest issue, Marvel made a reference to a mission that took place before. Previously, Gabriel Cruz was one of Weyland-Yutani’s victims, particularly the company’s evil schemes. This was part of the arc called “Bloodlines,” featuring the return of a major villain from Alien. That’s right – Ash!

However, unlike the model that Ripley had to battle against, this version of Ash was a lot smarter. In fact, the version of Ash in Marvel Alien Comic book movie has plenty more tricks up its sleeve. Namely, Ash can communicate wirelessly with Weyland-Yutani, which essentially prevents anyone from finding out the company’s secrets. This is exactly what happened to Cruz, who sadly found out too little too late about the company’s real intentions. By making all communication wireless, the writers have stopped any MU-TH-UR reveals from happening to the crew. This makes things way more terrifying! There doesn’t seem to be any way to stop the company now.

In the original ‘Bloodlines’ comic, Cruz aims to squash a rebellion on a distant planet. Of course, the only way to do this is by getting a victim impregnated with a Facehugger! Unfortunately for Cruz, Ash starts manipulating events by monitoring what happens to the Xenomorph. Originally, the company were going to send a Bishop model on board for this Marvel Alien Comic book movie. However, they decided against it, choosing the Hypdyne model 120-A2 instead.

Unlike the Bishop and previous Ash models, this newest one has more flexibility with its actions. Most importantly, it doesn’t follow the “core directive legislation” to a tee and instead can choose actions for itself. This version of Ash can think more for itself, can communicate wirelessly, and is much more brutal than the others. Certainly, this is bad news for any human staff because it’ll surely lead to their deaths!

Whereas the original Alien movie occurs in 2122, this latest Marvel Alien Comic book movie happens much later, namely in 2193. Having such a big gap between the two is important, as it accounts for why there is such an improvement in technology. This is a question many fans had about the Alien prequel movies. After all, in Alien and its sequel films, the technology was low-quality and very 70s/80s in design. However, the prequel movies showed technology that was much greater, even though they took place before Alien.

Keeping this technological gap in mind is just further proof of how meticulous the writers of the Marvel Alien Comic book movie are. Not only have they managed to keep plot developments in mind, but they’ve also figured out a way to make one of the scariest villains even more terrifying!

What are your thoughts? Do you think they can battle Weyland-Yutani? Is all hope lost?