How Did The Avengers Get Their Powers And Name? - Comic Years

Home » COMICS » Marvel » How Did The Avengers Get Their Powers And Name?

How Did The Avengers Get Their Powers And Name? 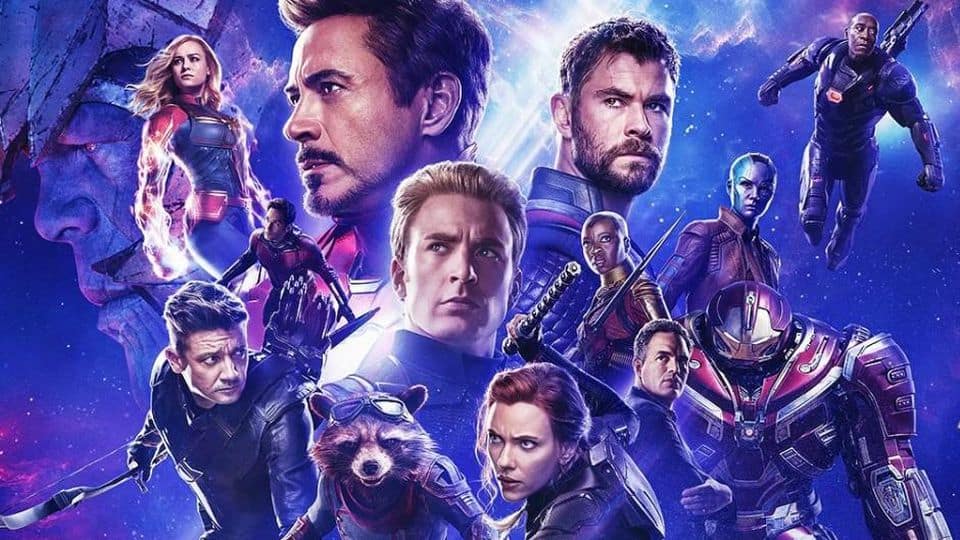 The Avengers are the biggest name in comic books right now, between the Avengers Endgame Extended cut and all the popular comic arcs happening. Many wonder where exactly all these characters got their powers from. So, how did the Avengers get their powers and name after all?  Well, we’re going to break down the Avengers and their origin. After, we’ll talk about the name Avengers and why they choose to use it. Follow along, and be sure to visit Comic Years for more great content on superheroes from all comic companies!

Between the comics and the movies, quite a few changes occur. That being said, we are going to work primarily with the content in the comics, but some of the movie moments will be brought up as well. This is Comic Years after all! For now, follow along as we explore the origins of Captain America, Thor, Hulk, Iron Man, Black Widow, and Hawkeye. First up the First Avenger seems like a good place to start!

How Captain America Gets His Power – the First Avenger

Steven Rogers is born in New York City in 1920. After the tragic deaths of his mother and father, he becomes a little empty. His purpose comes out of his talent for fine arts. He wants to put his arts on hold when Adolf Hitler rose to power in the 1940s, but because of his scrawny body and muscles, he is rejected. He won’t let it go, however, and keeps trying to get in. U.S. Army General Chester Phillips is interested in his prowess and recommends him for “Project: Rebirth”. Rogers is used as a test subject for the Super-Soldier project, in which Dr. Josef Reinstein injects patients with a serum to make them stronger.

Steve Rogers is now brilliant, fast, and incredibly strong. Because the project is so new, it’s hard to figure out what exactly made the serum work so well on Rogers. Instead of continuing the project, Rogers becomes their poster boy for American strength. Being given a patriotic costume and public service announcement style introduction, he is given the codename Captain America. He is donned with a bulletproof shield made of Vibranium, as well as a sidearm.

How Thor Gets His Powers

Thor’s powers are a bit different from the other Avengers. Thor’s father Odin is the King of the Norse Gods. When Odin believes his son, a stuck up sort of scoundrel type, needs to learn what it means to be a God, he puts his soul into the body of a medical student named Donald Blake. Blake goes on to be a doctor, and after seeing aliens invade Norway during a vacation, he hides and escapes the chaos. Shortly after, he discovers Thor’s hammer, Mjolnir, disguised as a walking stick and hits it against a rock. This transforms him into the God of Thunder. After realizing who he is, Thor remembers his father’s enchantment and knows his true purpose.

It’s tricky though, because Thor has fallen in love with a nurse, and now has to step up and be a God and save Earth. His brother, Loki, doesn’t make things easy for him either. Loki, the God of Mischief, always puts trouble in his path. So, where Thor does not necessarily get powers, he does have to rediscover them. This leads him to a newfound purpose and focus on his powers and what he can accomplish in terms of saving humanity and his fellow Norse brethren.

How Black Widow Gets Her Powers

Natasha Romonov is born in Stalingrad, Russia, trained to be a spy. Her power is not like the other Avengers either, as she learns these skills. She knows how to fly, spy, fight, and shoot high class weapons. Her efforts are made available by the high class technology offered to her by the Russian government. Some of her best powers include access to these guns and technologies. She has wrist mounted energy weapons called her Widow’s Bite, and is an incredible martial artist.

The origin of her training comes from the U.S.S.R.’s Black Widow Ops program that trains young female orphans to be high class spies. She is brainwashed into being a spy in a Red Room facility that tests her mentally and biologically. With enhancements that make her live a long life and stay young in physical aspects, she eventually discovers her past is not what she remembers. Her knowledge of her brainwashing confuses her, so she tries to do right by helping others.

She defects to the United States after falling in love with Hawkeye, who we will mention later. She experiences flashbacks that point to her orphan childhood, in which she is trained at a young age to be a spy while in the care of Matt Murdock. Soviet Union assistance always interested her because of it being her home country. Eventually, she gets tied into X-Men favorite Wolverine, and even Captain America.

Clint Barton is born in Iowa and becomes an orphan after his parents die in a crash. He joins a circus and learns the skill of archery, slowly becoming known as the World’s Greatest Marksman. When his mentor, the Swordsman, is caught by Clint embezzling money from the circus, he beats him to near death and leaves him behind. He joins a few more circuses, but is largely rejected for being an outcast. This leads him to a life of crime. As a criminal, he meets Black Widow, and they fall in love. He works with her to steal from Tony Stark, who we’ll talk about next, and they become more straightforward good guys after Tony beats them down.

Tony Stark, son of wealthy Howard and Maria Stark, is a boy genius who enters MIT at 15. He loves engineering and physics, and after his parents are killed in a car accident, he inherits the company. A prize winning physicist enlists him to make weapons, but after nearly dying in an accident, his heart is nearly in danger of total destruction. With the help of a friend who also knows physics well, he builds a chest plate that keeps shrapnel from hitting his heart. The chest plate is then combined with a suit of armor so Tony can escape a trap he is in.

He learns that the chest plate must stay on to keep him alive, so he wears the armor regularly, and under clothes when in civilian life. He charges the chest plate everyday to keep his powers from the suit. When he comes across Black Widow, he fights her and enlists her, all the while never revealing to anyone that he is Tony Stark. Two people know who he really is; Pepper Potts, his love interest and secretary, and his chauffeur Happy Hogan. Because of his intelligence, he uses the suit to be a skilled pilot, fighter, and Avenger.

When experimenting with the detonation of a gamma ray bomb, Bruce Banner runs onto the field to save a teenager who drives into the blast. While doing so, he absorbs a lot of radiation, and wakes up in a strange place. He becomes a giant monster when angered, and is nicknamed the Hulk by soldiers mistaking him for a threat. When he is the Hulk, he has little control over himself, as the persona is another person altogether.

In the films, we see that he finds a way to be both the Hulk and Bruce Banner, and that happens in the comics as well.

How did the Avengers Get their Name

In the Marvel films, we see clearly where the Avengers get their name. After Carol Danvers leaves Earth, we see that her plane was called the Avenger in an old photo. At the time, Nick Fury has the Protector Initiative all laid out. Thinking Avenger was a cool name from Carol, he changes it to the Avengers Initiative, and this leads to the recruitment of all the Avengers.

The Avengers have transformed comic book fandom for good. There are a lot of comic book fans now who were not fans a few decades ago. This is because of the Marvel Cinematic Universe’s ability to mix in comic content with great films and stories. The characters in the Avengers all get their chance to show how they got their powers, but it helps to have a handy guide like this one.

If you want to learn more about the Avengers, follow along with the news and reviews we do at Comic Years. There are a lot of great articles about these heroes, as well as news and information on the MCU as well. Thanks for reading!