Dr Strange Comics - How To Start Reading The Sorcerer Supreme It’s getting closer to enjoying Doctor Strange: Into the Multiverse of Madness on the big screen. While we wait for the movie’s premiere, we bring you a brief guide on how to start reading the comics of the Sorcerer Supreme, from the most classic to the most modern. This way, you will know firsthand how Steven Strange’s adventures are in the written universe of the comics. Fans should remember that this is one of the oldest characters in the Marvel Universe. Steve Ditko created Doctor Strange in 1963, only one year after the first appearance of Spider-Man.

How to Start Reading The Sorcerer Supreme

Doctor Strange was born in the 1960s by Steve Ditko, co-creator of Spider-Man. This mystical character deeply touched the youth of that time. Let’s remember that the 60s and 70s were the heydays of hippie psychedelia, and the adventures of this sorcerer were in line with this counterculture. In this context, the character’s mystical arts, colors, and clothing were a perfect formula for success.

Doctor Strange comics have not stopped evolving since the 60s, going through different stages. He traveled the cosmos, explored magic, acted as a mentor, and even returned to being a surgeon during his journey. So let’s give a little reading guide for those who want to know the prominent character better. 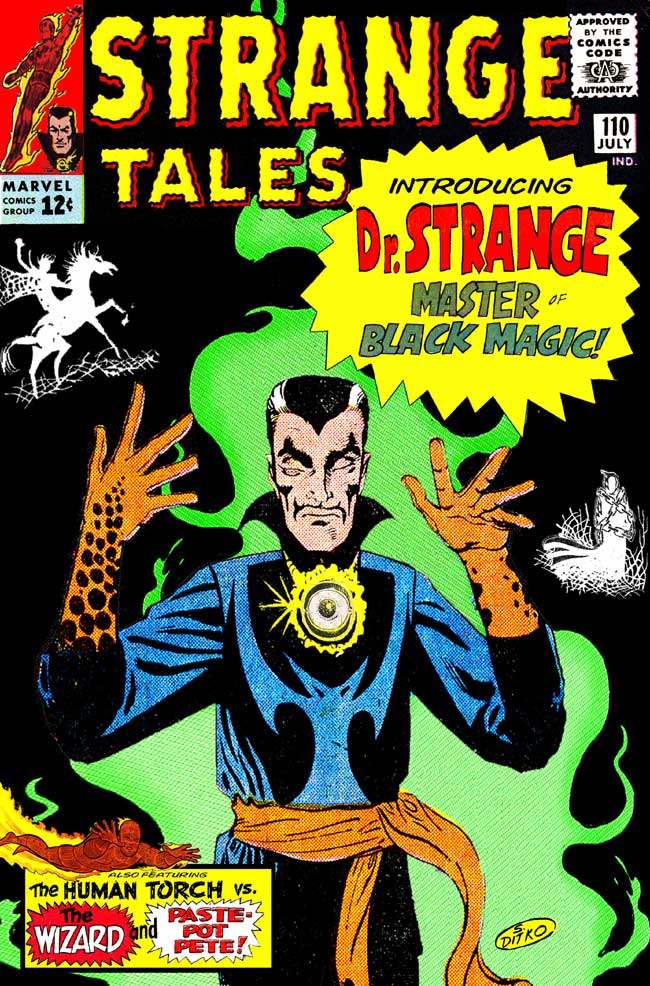 Let’s start with the most classic, Stan Lee and Steve Ditko’s Doctor Strange. They introduced Doctor Strange in the supplement pages of the anthology series Strange Tales #110. For many years he became the main protagonist of that masthead. Stan Lee and Steve Ditko’s Doctor Strange could be considered the grimoire of the magic of the Marvel Universe as we know it. All the lore that has always surrounded the good doctor was born from these pages overflowing with pure magic. The most classic allows us a remarkable journey where we will meet for the first time Doctor Strange, all his enemies, his origin and a long etcetera. A recommended reading for any fan of the character 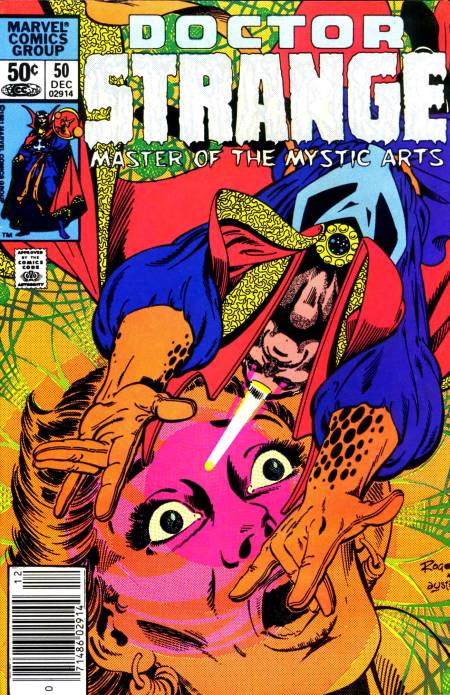 In the80s Doctor Strange Comics welcomed with open arms the arrival of Roger Stern, who had worked true magic wherever he dropped in the house of ideas. In the Doctor Strange series, he did no less. He updated the myth for a new generation and twisted the already established foundations at every step he took, leaving a period to remember. It has been impossible to surpass Stern since he was in charge of reconfiguring many of the supernatural corners of the Marvel Universe. Among them are the vampires with the most unpredictable consequences. He also gave us one of the best sagas starring ‘Doctor Death.’ The drawing in the scripts was aligned at the time and offered us stories of absolute terror that would delight the followers of Doctor Strange. The character could boast for a couple of years to have one of the best series of Marvel and time elevated this stage as one of the best of Doctor Strange. 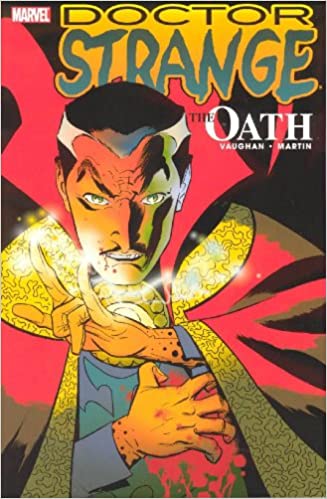 In the mid-2000s, Marvel Dr Strange Comics toyed with the idea of bringing Doctor Strange back to the forefront of the publishing house. The first step was to include him in the line-up of Bendis’ New Avengers. Taking advantage of that time, Marvel Comics presented the miniseries Doctor Strange: The Oath, where the television Brian K. Vaughan on the script and Marcos Martín were in charge of updating Doctor Strange for the 21st century, but without forgetting his primordial past. They even added some layers that fit perfectly with what was already narrated, making it clear that he could not escape from his sins in Doctor Strange: The Oath is considered one of the best comics to start reading Doctor Strange, as it is an excellent closed story arc in all aspects. It also leaves an excellent taste in the mouth. 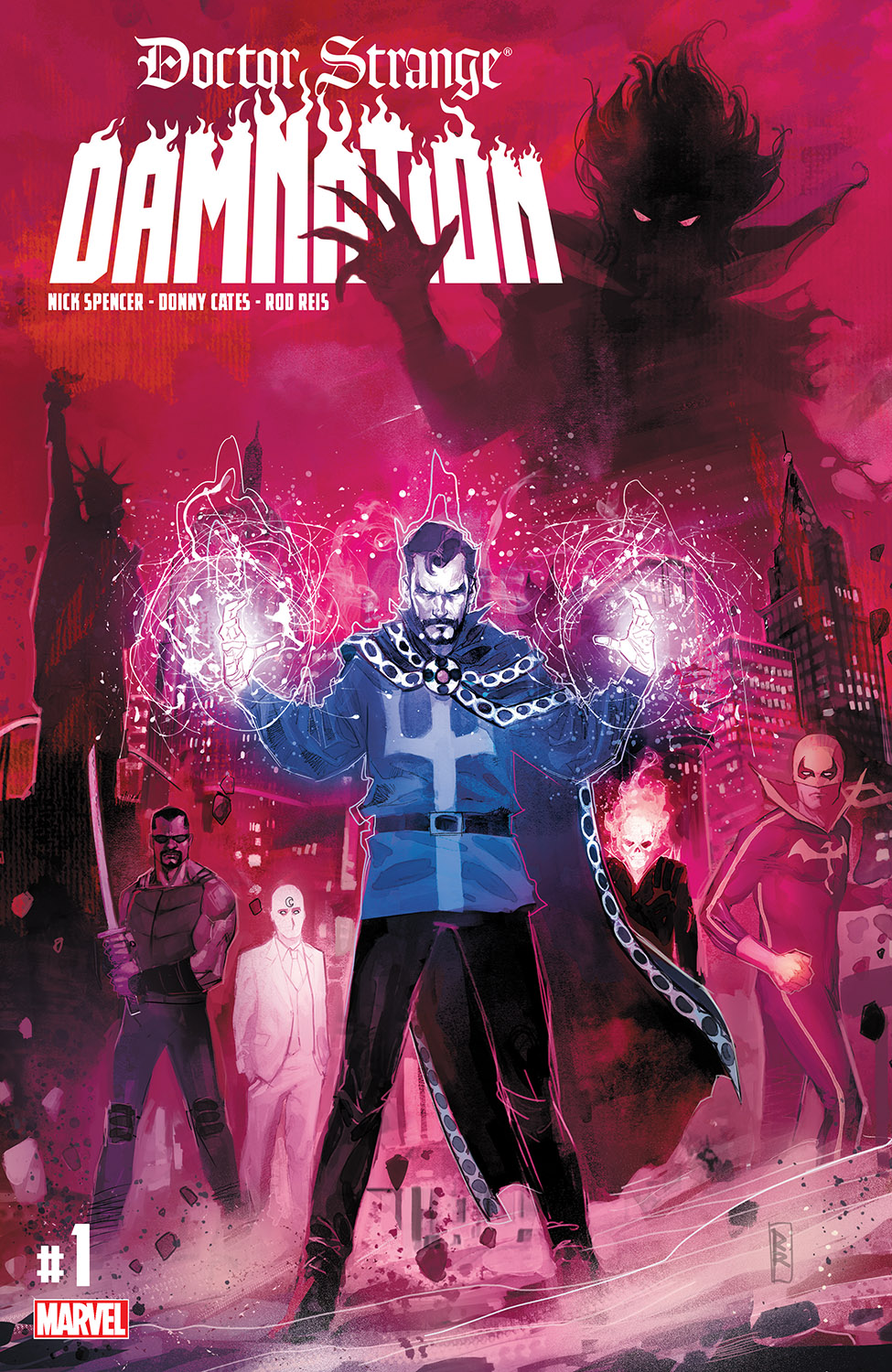 After the success of the Doctor Strange movie and with his regular series still dancing, there was no doubt that Marvel had finally managed to cash in on the Sorcerer Supreme franchise. Taking advantage of the popularity of Doctor Strange, Marvel presented a new crossover where the Doctor was to become the main protagonist. Condemnation Nick Spencer and Rod Reis, among other authors, made Doctor Strange Damnation. After the events of Secret Empire, where Hydra destroyed Las Vegas, decided to use a little magic to rebuild the city, and bring in passing the damned souls who fell victims to the attack. But if we have been taught anything, magic always has a price, and the cost of resurrecting Las Vegas is to bring hell to Earth. Mephisto would become the big bad that Doctor Strange had to face with a makeshift group of the Midnight Sons. 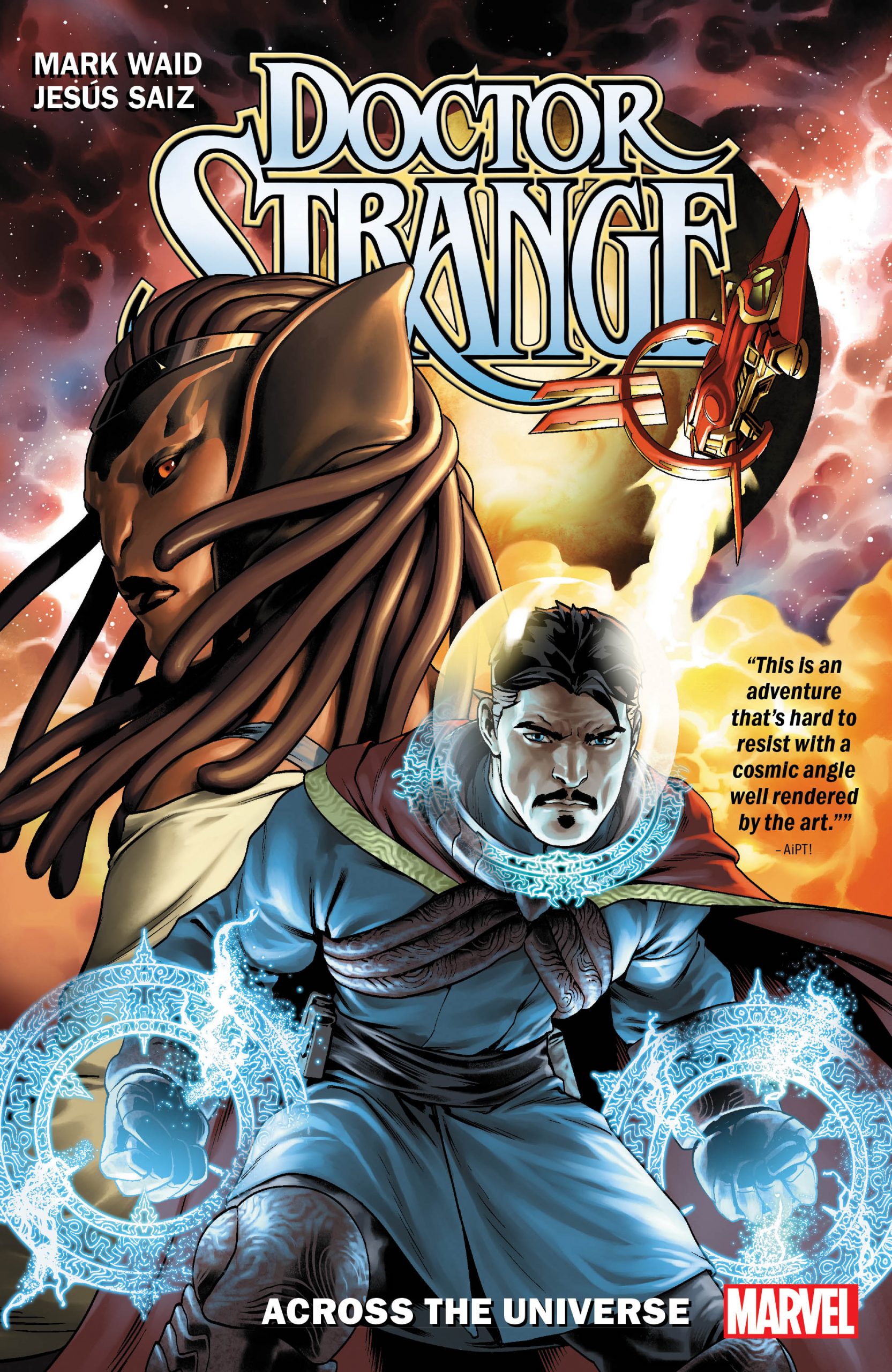 Mark Waid and Jesús Saiz took the helm of the Doctor Strange series with a most suggestive premise. Had the magic been extinguished from Earth and the other corners of the galaxy? Without hesitation, Stephen Strange began a journey through all the known galaxies of the Marvel universe to find old mystical alien artifacts and relics lost by ancient civilizations. He would encounter infinity gems, invasions, and interdimensional threats along the way. This stage showed that Doctor Strange was much more than a guy who used magic tricks. In the last issue of this stage, Doctor Strange is forced into a desperate situation. He has to make a pact with a demon to regain the use of his hands, which changes Doctor Strange forever. 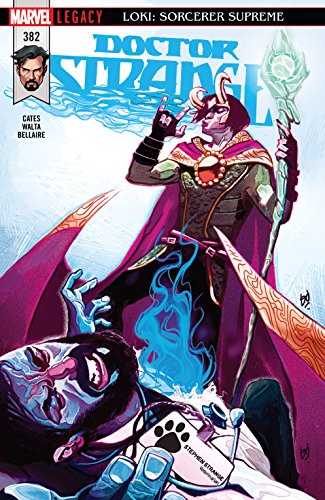 Donny Cates and Gabriel Hernandez Walta took the reins of Doctor Strange comics with a twist no one saw coming. In this new installment, they positioned the Asgardian God of Lies as the new Sorcerer Supreme, Loki taking over from Steven Strange, read to believe. We were continuing in the wake of what we had previously read regarding the new magic rules in the Marvel Universe. The creative team played for a few months with the idea of having Loki as the ultimate defender of magic, and the matter went very well. In this issue, they put Steven as a veterinarian without a license, which gave us moments to remember it was a very short stage but impossible to forget. 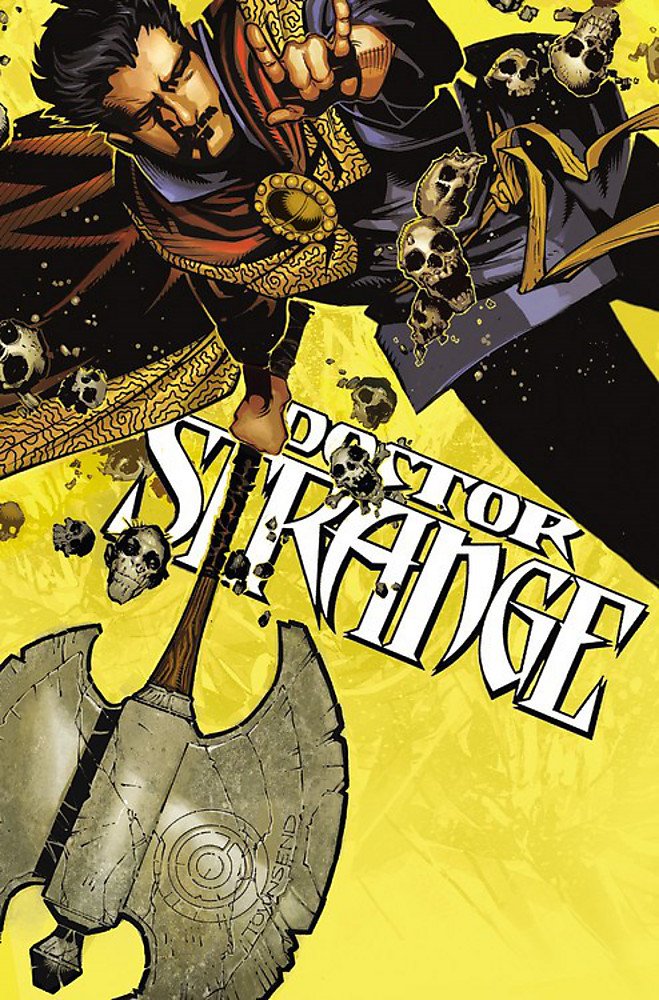 We continue with the most recent stage of the Sorcerer Supreme, Doctor Strange By Aaron & Bachalo Omnibus. Just a few months before the release of the first Doctor Strange movie, the House of Ideas gave the Doctor a new regular series with Jason Aaron & Bachalo Omnibus. Both would make the blanket to his head for the umpteenth update of the myth right and supreme being of the Marvel Universe to leave everything ready for the imminent film debut of the character. They introduced new characters, such as Zelma, a librarian who would soon become Steven Strange’s protégé. They were also in charge of presenting a new threat, some technological beings from another dimension. The beings had the mission to eliminate all vestige of magic from the known cosmos. Allowing a great and epic saga in which the authors completely redefined Doctor Strange Comics and magic in the Marvel Universe. The reading of Doctor Strange by Jason Aaron and Chris Bosh does not allow any respite, and it is highly recommended to start reading Doctor Strange. Mark Waid and Walker with Doctor Strange Supreme Surgeon gave an abrupt turn of events. In this issue, they return the use of Steven’s hands. This healing would cause him, for the first time since he abandoned his career as a surgeon after the accident that led him to become the Sorcerer Supreme, to return to practice with most unexpected results. Doctor Strange Supreme Surgeon became a new twist to the adventures and misadventures of Doctor Strange, who had to maintain his two lives as a surgeon and Sorcerer Supreme. But the COVID19 pandemic did not allow the proposal to take off beyond the first story arc. 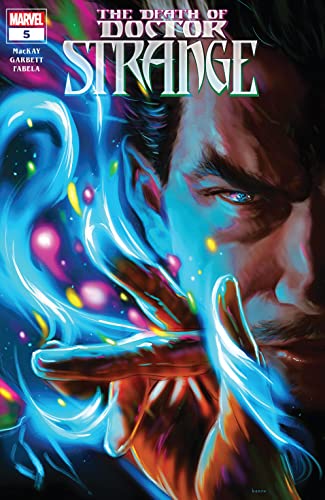 One of the commercial moves the House of Ideas tends to resort to most often is killing off its characters and announcing it with great fanfare. With the premiere of Doctor Strange: Into the Multiverse of Madness just around the corner. They needed to give a blow on the table to get the attention of Doctor Strange comics. Sometimes the better way to do it is by killing him. With The Death of Doctor Strange McKay Garbett, they have managed to offer a perfect starting point to start reading Doctor Strange. It is paradoxically eliminating him from the equation. An excuse like any other that will allow us to meet Doctor Strange again while we discover the identity of his murderer. Who killed Doctor Strange? We already know that death in the Marvel universe is not forever.

The Strange by Jed MacKay and Marcelo Ferreira (2022) 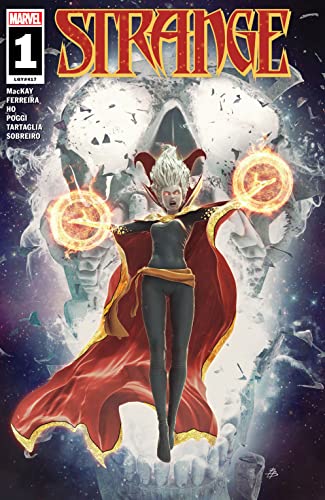 The Strange jet series by MacKay and Marcelo Ferreira is currently being published in the USA. Pick up where they left off with the end of Doctor Strange’s death. We have Clea, Steven’s eternal ward and Dormamu’s niece. This character will become the new Sorceress Supreme of the Marvel Universe. A new beginning that sounds like something we’ve seen in the past but plays with enough of an edge to give us something completely different and new. While we wait for what we all know will sooner or later end up happening. 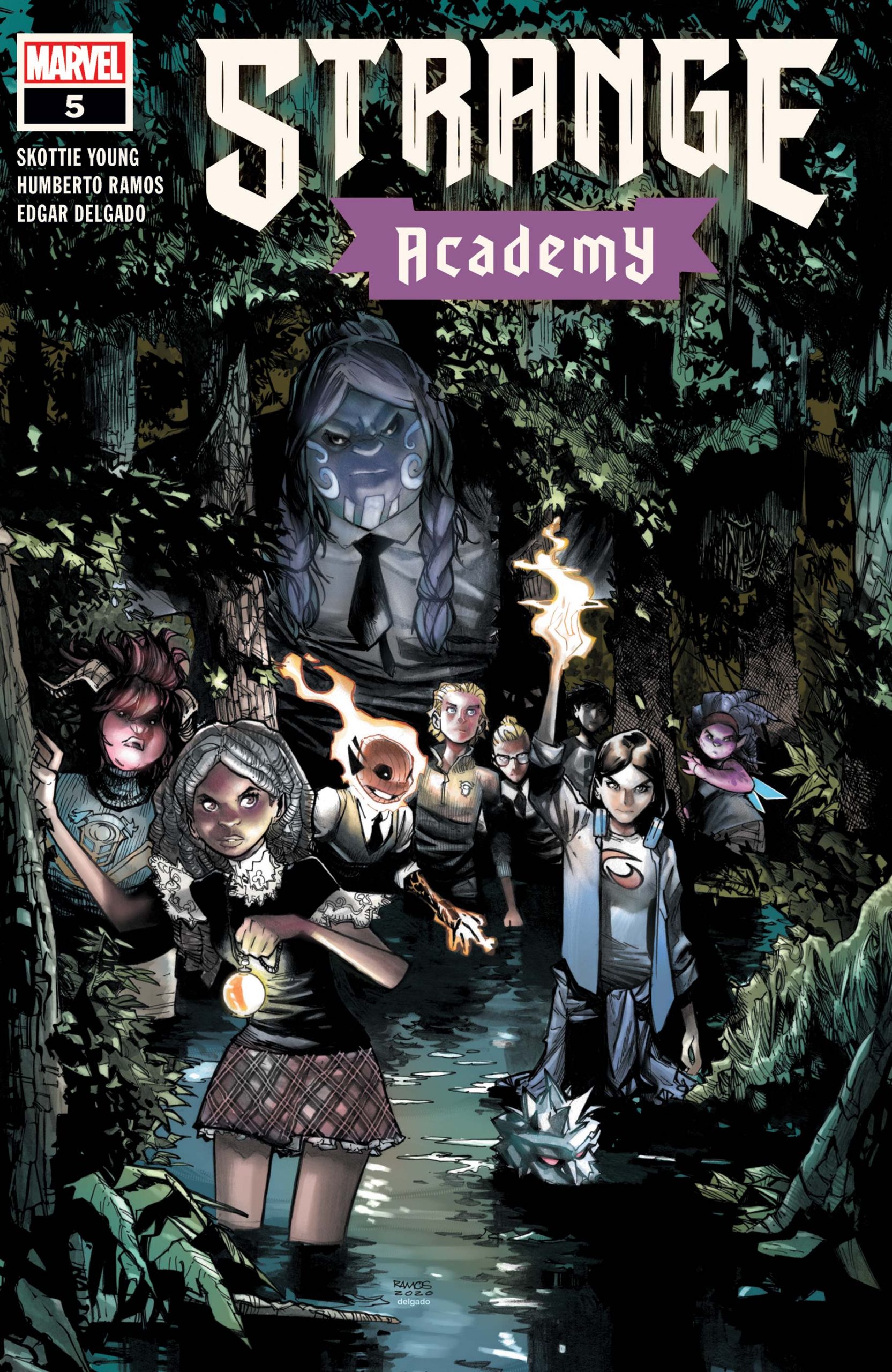 But don’t go away just yet because we have Strange Academy apart from the main stories. What if there was a Hogwarts in a Marvel Universe? Scott Young and Humberto Ramos bring us Strange Academy. Doctor Strange finally decided to take the plunge and open a place to teach young magic-sensitive beings how to use their gifts to ensure a future for them. What if Harry Potter met the Marvel Universe. The best possible crossover and the best Doctor Strange comic, no doubt. 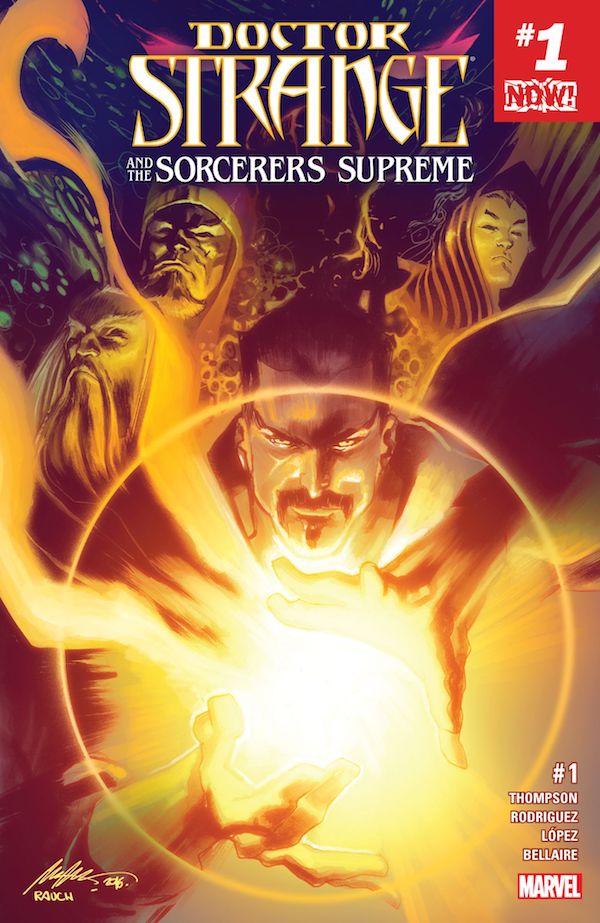 Last and not least, we have Doctor Strange series with Robbie Thompson, and Javier Rodriguez. These authors gave us one of the best Doctor Strange spin-offs in its entire history. Doctor Strange and the Sorcerers Supreme present us with a great multiversal threat. This situation will force Doctor Strange to gather an eclectic group composed of sorcerers supreme coming from different eras. A comic that oozes true love for the medium essential is an understatement.

We hope you liked this brief reading guide on starting reading Dr Strange comics. Have you read any of the comics we have mentioned in the article? Which is your favorite Doctor Strange comic? I’ll read it in the comments.