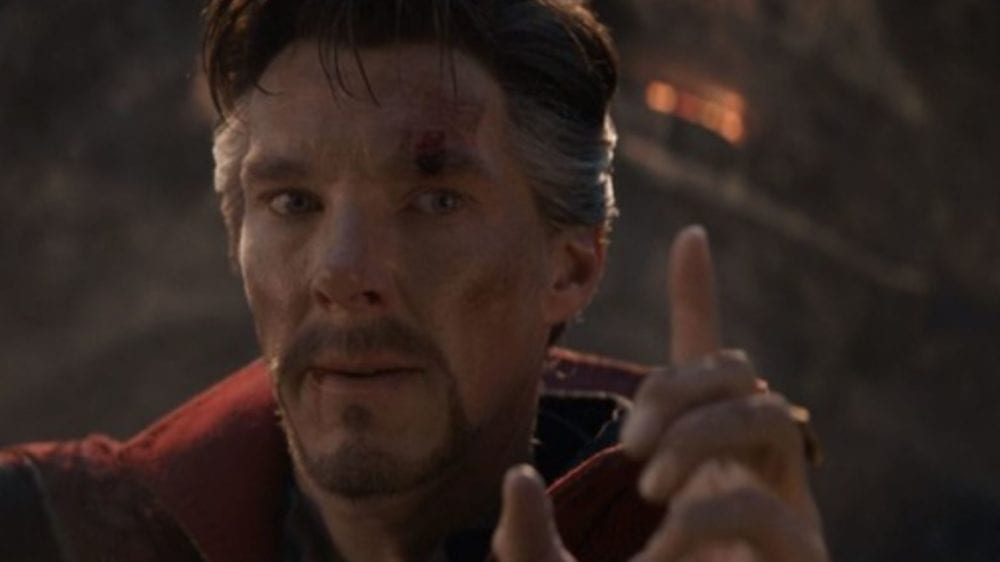 It took a long time, longer than I’d have guessed, for time travel to make its way into the Marvel Cinematic Universe. Naturally, Avengers: Endgame hinged on the idea of time manipulation, but the concept was introduced earlier and in the same film as the now-iconic Marvel Studios fanfare: Doctor Strange. The climax of that film sees Benedict Cumberbatch’s Stephen Strange learn all about “time magic” using the Eye of Agamatto, in which rests the time gem. However, earlier in the film, Strange is admonished by his quasi-mentor Chiwetel Ejiofor’s Mordo and now-sidekick Wong, played by Benedict Wong, for even messing with it at all. Well one fan posted a theory on Reddit that shows how Marvel Studios could retcon the TVA into the MCU of the past.

Essentially, the theory (posted by a person going by the name Jacob Wallace) suggests that the reason sorcerers aren’t supposed to mess with time is because of the mysterious time-cop organization. Mordo explains that time manipulation can cause a “branch” to the timeline, a concept further explained by Tilda Swinton’s Ancient One in Endgame. In Doctor Strange, this serves to set-up both the danger and possibility of Strange’s negotiations with Dormammu. Yet, it could be more than that.

“Temporal manipulations can create branches in time. Unstable dimensional openings. Spatial paradoxes! Time loops! You wanna get stuck reliving the same moment over and over forever? Or never having existed at all?”

The film clearly establishes that the Ancient One is not exactly forthright with their students. So, perhaps their fear of danger is well founded, but they real threat is unmentioned.  Never having existed at all? Sure sounds like pruning to me. Stuck reliving the same moment over and over forever? Sure sounds like the prison Loki found himself in during the episode The Nexus Event. In fact, Nexus events themselves are, very clearly, branches into another dimension creating a variant timeline. I’m not sure what unstable dimensional openings or spatial paradoxes are, but there’s still two episodes of Loki left to air that can explain them.

In the replies to this Doctor Strange meets the TVA theory, another fan who goes by Joe Aloisus Miller added that this could explain why there was only a single timeline out of 14 million where they win is because that is the one “meant to be” on the sacred timeline. Perhaps they beat Thanos in other versions, but the TVA showed up to prune them. If there is only a single timeline, it makes even more sense why there was only one scenario in which the Avengers could win and have it stick.

So, if you’ve listened to our many Loki podcasts, you know that we’ve long suspected that the TVA isn’t quite what they claim to be. Who the real power behind is behind that organization remains to be seen. Yet, we can assume that the Sorcerers Supreme both knew about them and, at least, tolerated their existence. The Ancient One knew enough not to mess with time in order to stay off their radar. Having messed with time, it’s very easy to retcon a conversation Strange had with a TVA member. In Endgame it seems clear that Strange is someone who has follow “the rules” despite his better desires. His whole “if it comes down to the time stone or saving you speech” was, again, foreshadowing but also indicative of the fact that Strange would want to save someone’s life rather than not. In fact, Strange may agree with the ultimate goal of the TVA which is to keep multiversal shenanigans to a minimum.

Either way, this leads us all very nicely into Doctor Strange in the Multiverse of Madness, where the Sorcerer Supreme will have to sort out the mess. We originally thought that was the mess left in the wake of WandaVision, because of Elizabeth Olsen’s presence in the sequel film. Yet, it may be the actions of Loki that really kickstart the problems. Or maybe not. They might do something completely different and surprising. In fact, Marvel Studios has lately been subverting expectations right and left, so who knows?

Either way, this is a remarkable bit of in-universe continuity that is either careful collaboration or a lucky break. It’s quite possible that Michael Waldron took this scene from Doctor Strange and crafted the TVA rules to fit it. If he didn’t, the parallel thinking in the approach to time-travel rules in this and Loki seem blessed by the gods (be they Asgardians or robotic space lizards).

Loki will debut two more episodes on Disney+ this year, and Doctor Strange in the Multiverse of Madness hits theaters on March 25, 2022.

What do you think of this fan theory connecting Loki’s TVA to the original Doctor Strange? Share your thoughts, theories, and head-canon in the comments below.