Home » COMICS » Marvel » Doctor Strange 2: Who was that in the mid-credit scene?

Doctor Strange 2: Who was that in the mid-credit scene? 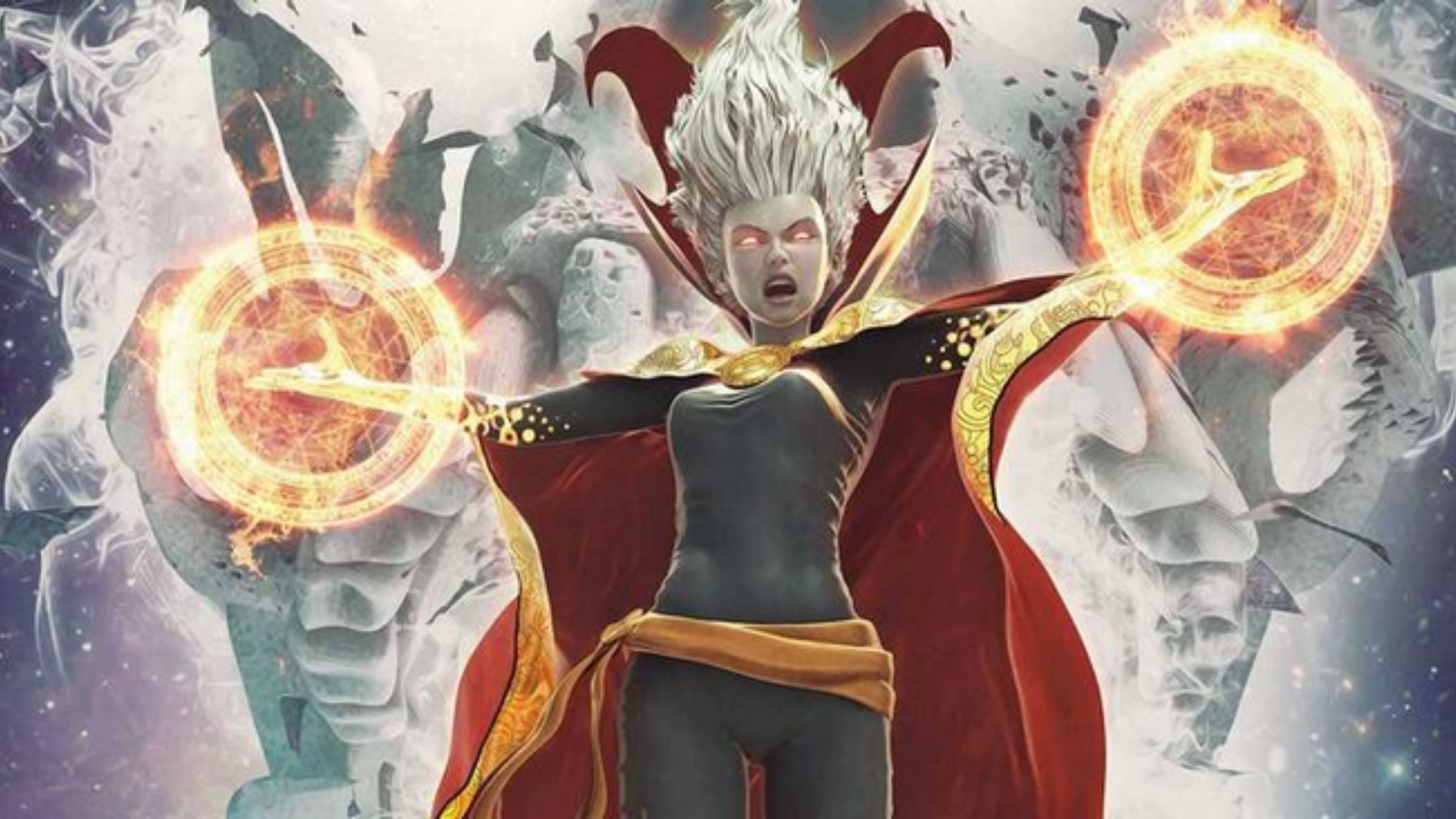 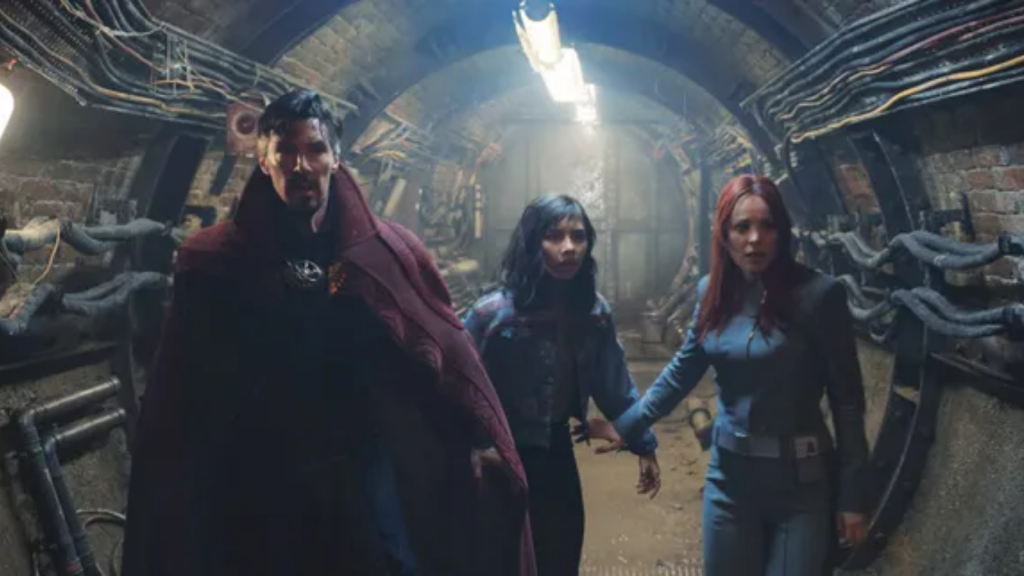 Doctor Strange 2 Multiverse of Madness is finally here, bringing a new level of madness! If you haven’t watched it yet, you better close this now because this will be a massive SPOILER!

Still here? Okay, suit yourself. BUT consider yourself warned!

A few hours after its world premiere, sources have confirmed that Doctor Strange 2 has two post-credit scenes. You might want to stay for a little while for you to catch both of these. But we’re here to the rescue for those who have already watched it and missed it.

Of the two post-credit scenes, the first one is the sure banger. No one expected what would happen at all. So who was that blonde woman who appeared literally out of nowhere?

After a long journey across the multiverse, Stephen Strange returns to New York to live an ordinary life. Or so it seemed. Because just as he was about to cross the street, a third eye appeared on his forehead! Strange screamed in pain, squeezing his head in agony, as he looked up and the scene faded. Thanks to Sam Raimi’s infamous direction and Danny Elfman’s intense scoring, that scene was shocking. The movie concludes on that speculative note.

It was a boggling ending to a mind-bending movie, but it gets more interesting. This is where the mid-credit scene enters. We find Strange walking along the streets of New York when a blonde woman appears right before his eyes. The blonde woman, played by Charlize Theron, slices through the air, making a portal to the Dark Dimension.

Yep, that’s right! It’s the good old Dark Dimension where Dormammu is. Whether Strange will meet Dormammu in the next Doctor Strange film is a complete mystery. But who knows, the multiverse is in shambles already.

Anyway, let’s go back to the mid-credit scene of Doctor Strange 2. The odd-looking blonde woman then speaks to Strange.

“You caused an incursion, and we’re going to fix it…” She paused to look at him and continued, “unless you’re scared.”

Stephen made a quick costume change and revealed his third eye. Now, wearing his original comic costume and donning an extra eye, he jumps with her to the portal. And then, the credits rolled. 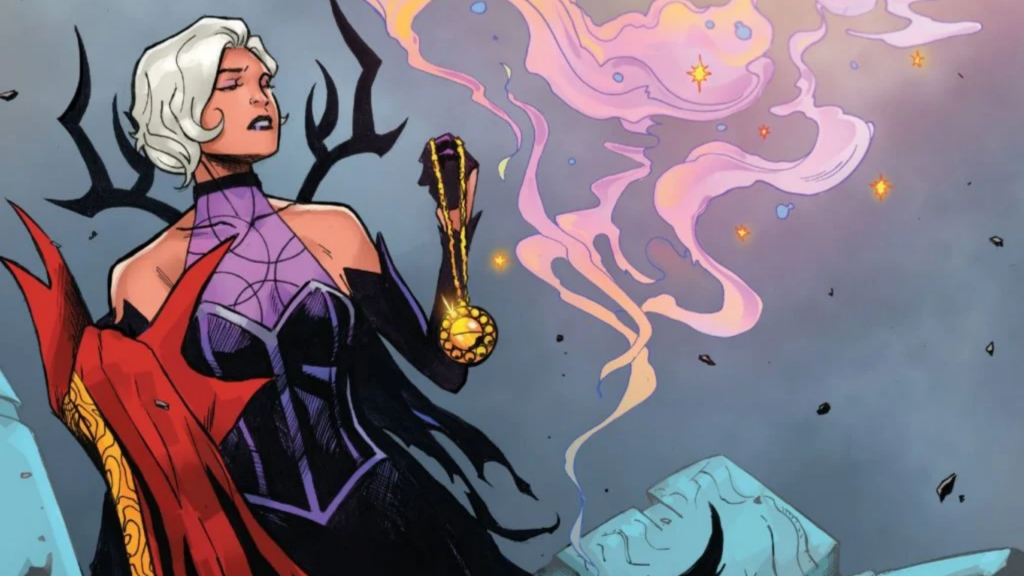 Who was that blonde chick?

For hardcore Marvel comic fans, they’ve immediately noticed who that was. It’s no other than Clea—the Sorcerer Supreme of the Dark Dimension!

Now, casting Charlize Theron to play Clea is such a perfect move for Marvel. First, she fits the bill. Second, she’ll surely bring something new to the already-interesting character of Clea. So, who is Clea, and why did she appear in Doctor Strange 2?

Clea’s first appearance was on Strange Tales #126. She is the daughter of Umar, Dormammu’s sister, and Prince Orini. While Clea might look human, she belongs to a race of energy beings. She is a sorceress who’ll become a disciple of Stephen Strange and eventually become his wife.

In the comics, she is the Sorcerer Supreme of the Dark Dimension. That said, she has a whole arsenal of magical abilities and skills. Because of her Faltine origins, she can create her own mystical energy like Dormammu and Omar.

How would Clea affect the next Doctor Strange film?

Doctor Strange 2 gave us a lot of gasps, and a peek at the madness the multiverse has to offer. But with Clea in the picture, we can expect more action as Strange travels to the Dark Dimension.

Clea’s appearance may also mean that this movie might last for Strange and Christine. Now that Strange’s canon lover is here, we might see less of Christine.

We might also see Strange using dark mystic magic. A sign of this was the casualness he has on his third eye. Sinister Strange has the same feature. And Strange dabbled with the Darkhold and a bit of necromancy as well. So, there might be a remnant of the Darkhold or a foreshadowing of what he’ll become.

But for sure, they must settle things first the “incursion” Strange caused. Inclusion happens when two universes in the multiverse collide. This is the problem the Illuminati of Universe #838 wanted to prevent. (RIP, by the way!) 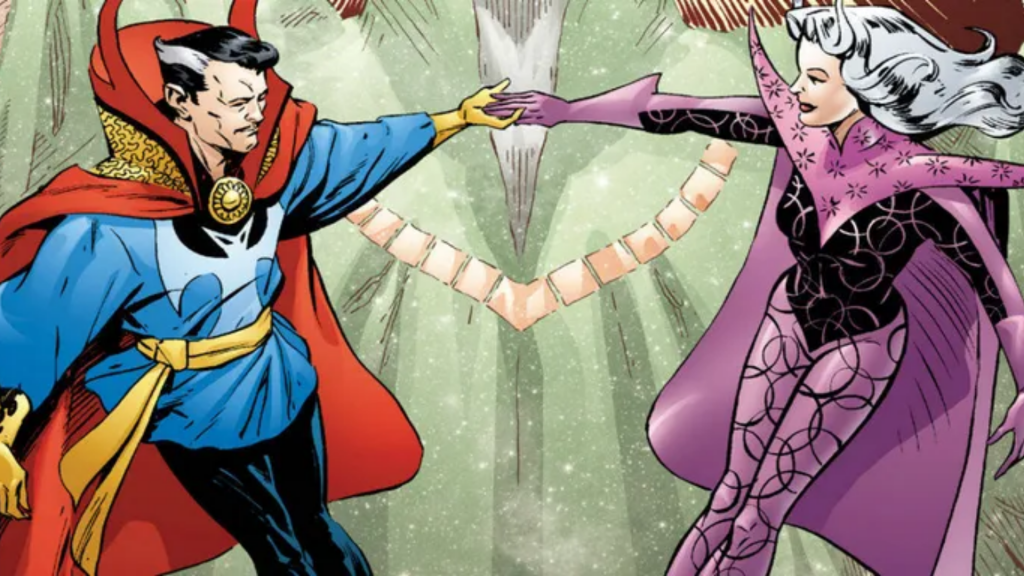 And so, that’s it! Please share with us your thoughts about Doctor Strange 2 in the comments. Did you enjoy Multiverse of Madness, and what do you think will happen next?