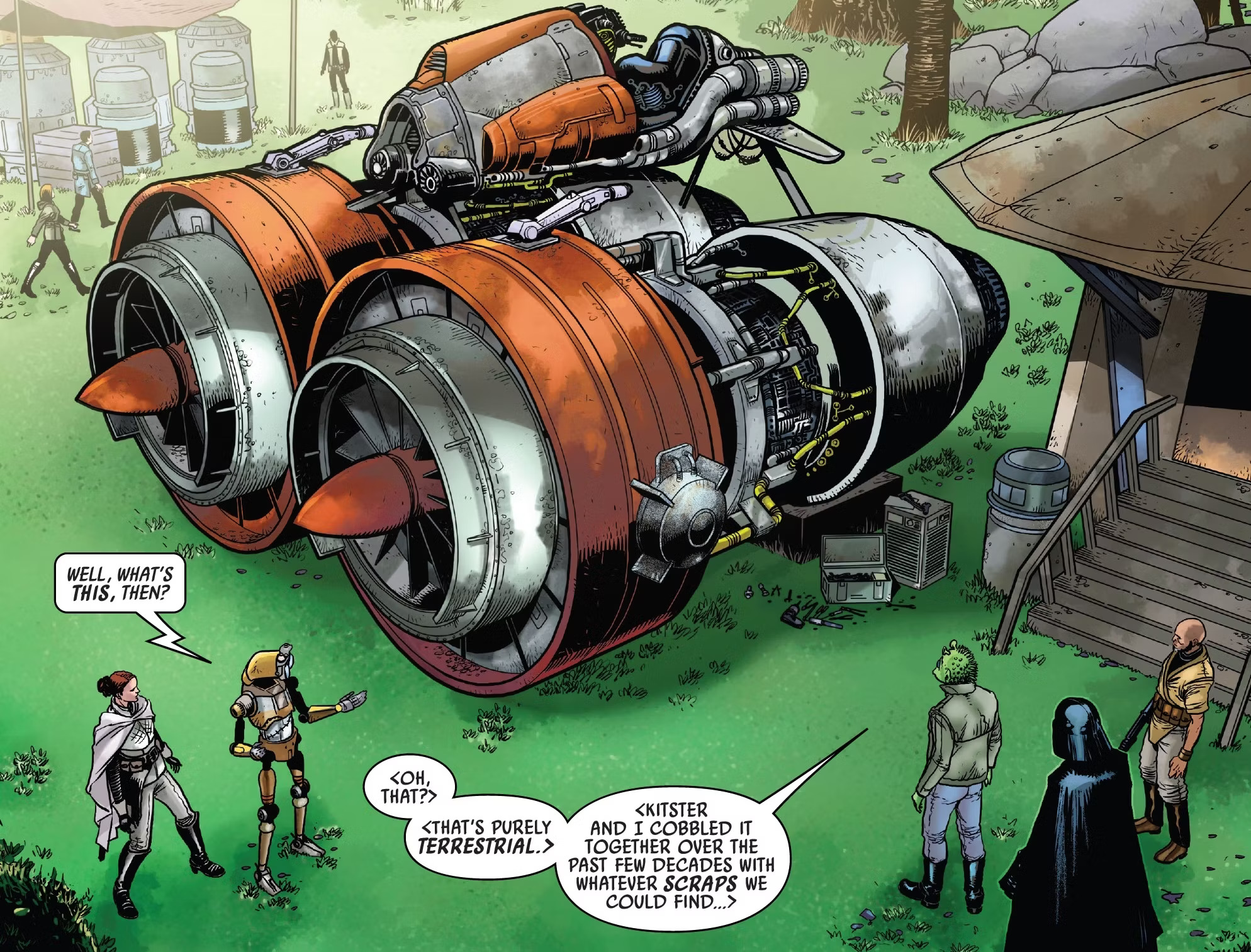 In the film, Qui-Gon Jinn tasked Skywalker with podracing to help Queen Amidala. Amidala’s ship was stuck on Tatooine, and only Watto had the parts needed to repair the ship. However, he refused to give them up to Qui-Gon Jinn and Obi-Wan, even after they used Jedi mind tricks on him. Watto said he’d only accept money, leading Anakin to enter the race to win the credits. Additionally, Qui-Gon also bartered Anakin’s freedom in this race, too. Eventually, Skywalker won, and Qui-Gon freed him from the shackles of slavery.

However, it’s important to remember that Anakin’s mother remained a slave during this time. Perhaps when Darth Vader returns to podracing, he’ll remember the sadness of this moment. It could remind him of everything that he’s lost, leading the character to an even darker path. After all, podracing was hardly a happy time for the boy.

You can pick up issue 25 of Darth Vader now. Marvel Comics is releasing issue 26 on August 24th.