It’s safe to say that VR is far from a fluke in video gaming. A big reason VR continues to get developed is the fanbase of gamers interested in the experience. Not everyone owns a VR console or attachment for their personal use. Because of this, a lot of VR experience hubs pop up every year across the United States. It’s not surprising that Marvel is getting in on the game with an Avengers VR fan experience. Here’s the latest on this dream come true for Marvel fans.

What is the new Avengers VR Fan Experience?

It’s not surprising to see an Avengers experience on the way. The IP, or intellectual property, of all things Marvel is a hot commodity right now. It’s another example of the various ways big tech is leading the way on things like the Avengers VR fan experience. With VR, the stakes are a bit higher than a normal video game for PC or consoles. People have to come out to interact with your experience, as opposed to buying it for home use. Despite the gutsy move, there’s also a huge payoff: the superhero experience in VR puts you in the shoes of your favorite heroes.

From Marvel Studios and ILMxLab, the Avengers VR fan experience will be story driven, under the title of Avengers: Damage Control.

Avengers: Damage Control is coming to The Void locations. The Void, if you’re unaware, is a VR experience that has a number of locations across the United States. The Avengers VR fan experience is coming to select locations on October 18th. I’ve actually had the opportunity to try an experience out at The Void in Downtown Disneyland in Anaheim. I’m happy to report that it’s just as cool as it sounds. With a trip coming up the week of Halloween to LA, I hope to check this out when we spend a day at Disneyland. 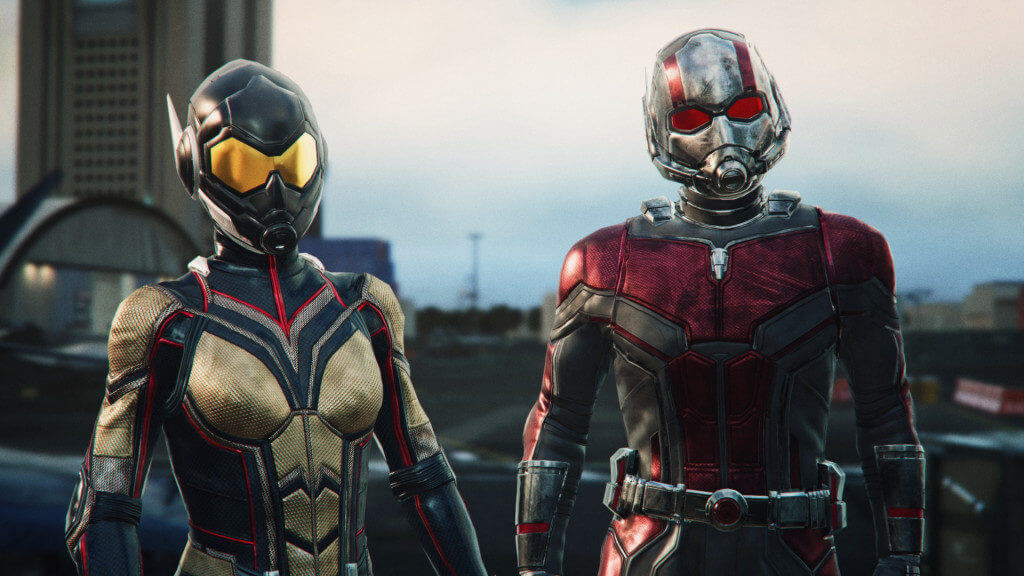 What is the Avengers VR Fan Experience About?

I held my breath at the first sight of this announcement. My fear was that this would be a VR tie-in to Avengers: Endgame. In fact, it’s a unique experience all on its own. Recruited by Shuri, you are the newest test subject for Emergency Response Suits, created by Wakandan scientists and Stark Industries. When something goes haywire in the wake of some bad guys, these suits spring into action as you fight with some Avengers themselves. So far, confirmed characters are Doctor Strange, Ant-Man, and Wasp, all with their MCU actors playing their respective roles.

The Void is popular for its use of elements to really sell the experience. Things like heat and wind play a part in the VR experience, and they’ll be a part of Avengers: Damage Control as well. You’ll also feel the power of repulsor blasts as you jump into the fight. It’s an experience that will likely bring out a ton of fans, but you can book ahead of time to secure a spot at this Avengers VR fan experience.

If you are going to try and grab tickets to this new Marvel experience, then we want to know! Let us know in the comments what you think of Avengers: Damage Control. Keep reading Comic Years for all things gaming, comic books, pop culture, and beyond!