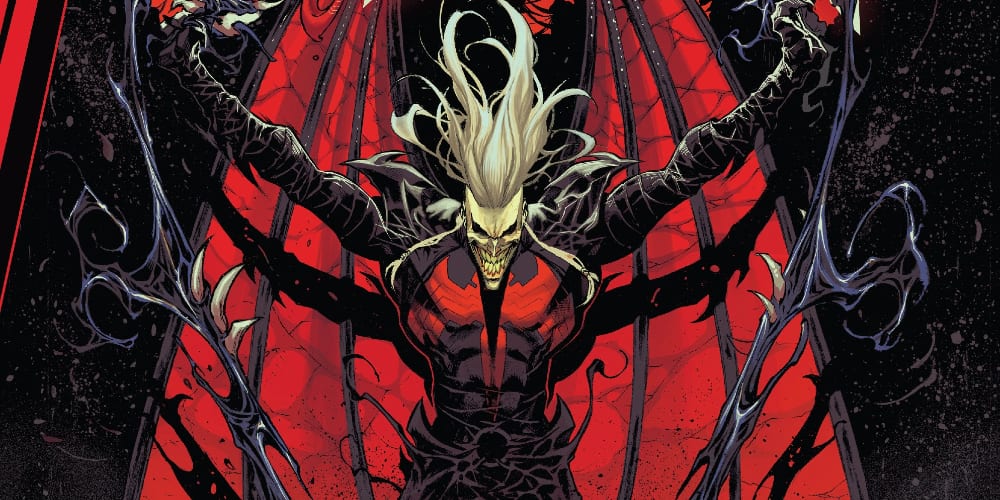 Week One of King in Black was a mixed bag. On the one hand, the debut issue of the event was spectacular. Donny Cates and Ryan Stegman created a line-wide event out of Venom—VENOM! It would be like creating a line-wide event out of Nightcrawler or Luke Cage. They are great characters, but they aren’t the biggest Marvel Comics fans. So, great first issue. But then there were the tie-ins. And man, they were bad. Atlantis Attacks #5 didn’t even try to actually tie-in while The Union shouldn’t even exist. So, how does Week Two of King in Black hold up? Pretty much the same.

King in Black Week Two Has Only Two Comics, Both Tie-Ins

We won’t get King in Black #2 until December 23rd, but in the meantime, we’re getting some big tie-ins. Well, some big ones, some not so much. In Week Two of King in Black, we have Venom #31, which is obviously important, and King in Black: Namor #1, which…well, you’ll see. 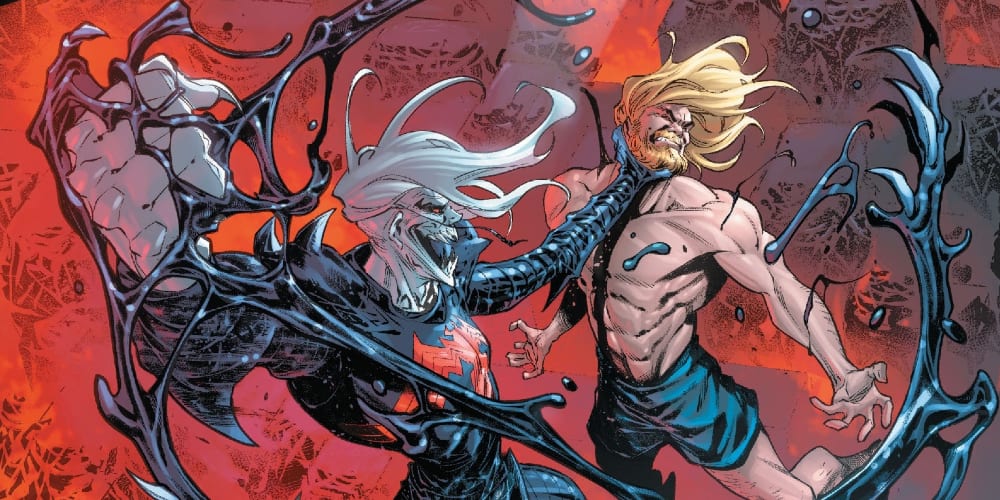 Dylan Brock sees this on the TV when he turns it on—his dad about to die. Now that’s (not so) good television! (Image: Venom #31, Marvel Comics)

At the end of King in Black #1, we’re left with Eddie Brock falling from the sky towards a symbiot-covered New York City below. Venom #31 picks up from that very moment and covers the next thirty-two seconds of the event as he’s falling. A lot happens. As we revisit dialogue from Venom Volume One: Rex, Eddie tries, as he’s falling, to save helicopter pilots from the symbiot dragons. Obviously, there wasn’t much he could do. We also see his son, Dylan Brock, trying to figure out what’s going on and turning the TV on right in time to see Knull drop his father. This was a deeply emotional issue. The fall from up high (literally) was just long enough for Eddie to contemplate his loss, his son, and his regrets. Right before he—and he comic cuts off. 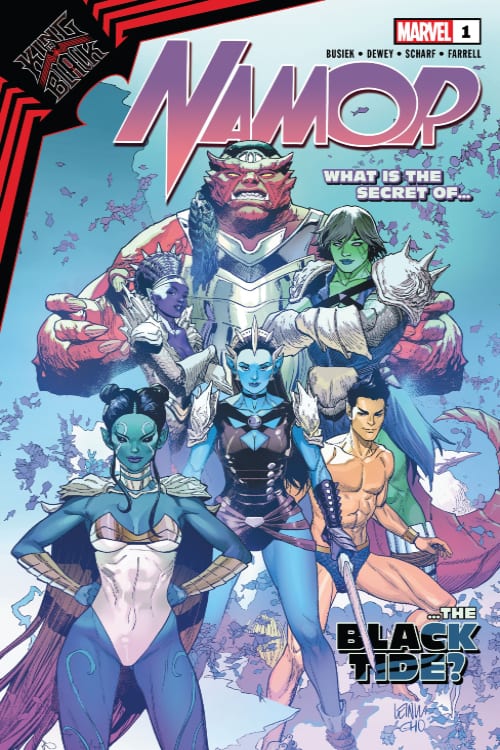 It makes me sad that legendary writer Kurt Busiek wrote this one. (Image: King in Black: Namor #1)

I’m sure that this series will eventually tie into King in Black, but we have the same problem in week two that we had in week one: an issue that doesn’t appear to have anything to do with symbiots. Granted, this is issue one of a mini-series instead of the last one, so that could change. However, even if it did tie-in, the story was so—damn—boring. It’s all flashback to Namor as a preteen ogling over a group of women warriors called the Swift Tide. When he and Attuma help the tide repel an attack, they’re invited to join them on a quest to get some

King in Black Week One