“The first Mighty Morphin Power Rangers and Teenage Mutant Ninja Turtles team up resulted in iconic moments such as the reveal of the Green Ranger Shredder, the Ninja Rangers, and the mighty Turtlezord! But if you think there’s nothing that could top that, just wait ’til you see what’s up next for both teams as they face familiar faces and unexpected villains in an adventure full of the new shocking twists and turns! Clearly, BOOM! have lots of exciting moments in store for this Power Rangers and TMNT crossover. However, the previous volume of the comic series wasn’t the first time these groups worked together.
Previously, the Ninja Turtles appeared in the live-action show Power Rangers in Space in 1998. This led to the Turtles getting their own series, Ninja Turtles: The Next Mutation, but Fox Kids cancelled it after one season. It wasn’t until 2019 that fans finally got the Power Rangers and TMNT crossover that they’d been looking for. During this original series, Tommy Oliver pretended to be tricked by the evil Shredder so that he could become part of the Foot Clan. However, the Shredder turned the tables on Oliver and took his special Power Rangers abilities. Eventually, this led to the other Rangers losing their special powers and forcing them to ask for help from the Turtles. As a result of this, the Turtles gained some special morphing powers. 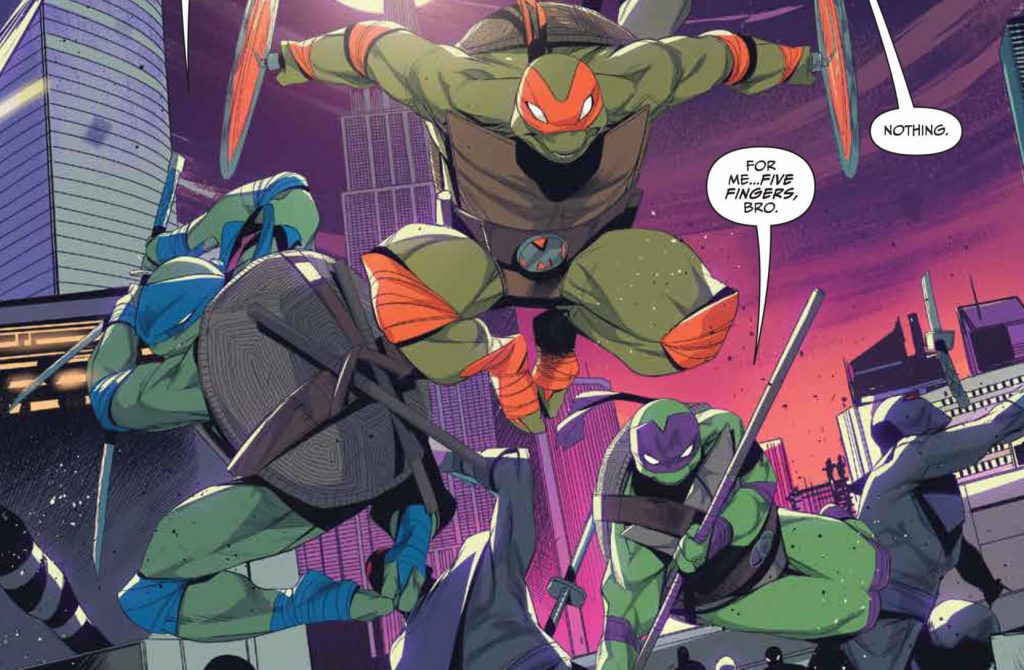 Unfortunately, it’s not clear what’s going to happen in this latest Power Rangers and TMNT crossover. However, the cover art for the volume seems to show that the groups are once again fighting the Foot Clan, suggesting we might see a return. Additionally, we can also see the Putty Patrollers and Krang overseeing the whole affair, so perhaps they will feature in the crossover as well.

In their original comic series, the Teenage Mutant Ninja Turtles have undergone a bit of a change. After all, Venus de Milo became something other than a Turtle – she became a full mutant! Additionally, some of the Power Rangers fought against the Death Ranger, as well as corrupted versions of themselves. Perhaps these aspects of the Power Rangers and TMNT will feature in the newest crossover.

Nevertheless, what we do know is that BOOM! Studios and IDW will release the comic book in December 2022.

Are you excited about this crossover? What would you like to see in this next volume? Let us know in the comments!